The Barnsley band have gone from strength to strength since their early performance at Reading and Leeds Festivals in 2015. 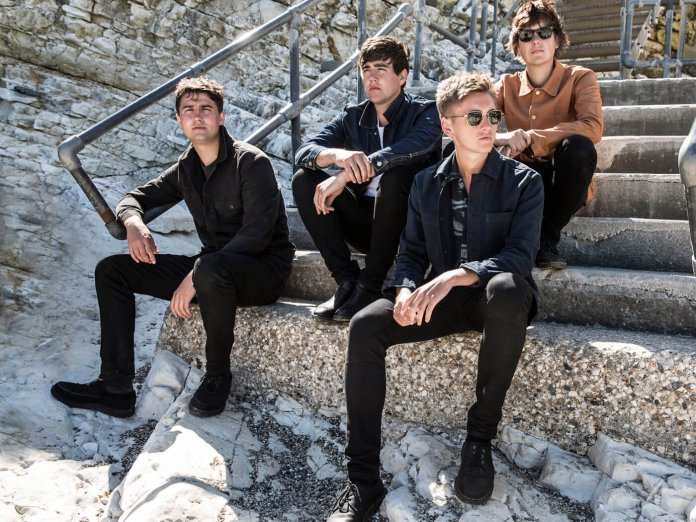 The Sherlocks are a band reminiscent of the golden age of British indie. Following their debut at Reading and Leeds Festival back in 2015, they quickly signed with Infectious Records on the BMG imprint. Fast-forward to 2017 and their debut album, Live For The Moment, landed at No.6 in the official charts. As a band from Yorkshire playing under the indie moniker, it’s easy to compare them to Arctic Monkeys.

While they do share similarities, not least being the first local unsigned band since Turner and co to sell out The Leadmill, their upward trajectory has allowed them to forge their own path. The band went on to support Liam Gallagher and Kings Of Leon following the release of their debut, and their new album, Under Your Sky, has only cemented their ability to become a stadium-friendly rock band. Working with producer James Skelly of Everything Everything has allowed the band to step out of the shadow of their debut into new, sparkling rock music tinged with the influence of Springsteen, particularly on the track Time To Go and pointing firmly in the direction they’re heading for.

Again landing in the Top 20, the album proves that there’s still a strong demand for anthemic guitar-driven music. Over to the band’s frontman Kiaran Crook to pick out his favourite guitar excerpts from the record.

“I knew this song was called Under Your Sky before I even finished writing it, I think I just knew by the time I got to the first chorus. That final solo finishes the record, it’s such a big part and it [the album] wouldn’t be the same without it. The album would end completely differently.”

I Want It All

“The main lead part on this is a big part, it’s the intro, chorus and outro. The riff was floating around but you never know how something’s going to work out until you get in a room with each other. After showing that riff to Josh and him playing it throughout the chorus and stuff, it just made the song come together and it felt like a big tune straight away.”

“The riff in that is big because that song is important to us. The whole track was built around that riff, the song itself was secondary, really. We had this old song that had the same riff but it only came in at the end. We all hated the tune and knew we would never use it, then we decided the only thing we liked about it was the riff, so we built a new song around it. We jammed it out in the practice room and it’s one of the only times we worked like that.

We don’t usually write by jamming. We ended up finishing it in one practice, the lyrics and everything. We practise in a Working Men’s Club, so I just walked to the other side, started knocking around some balls on the snooker table and wrote the lyrics there and then!”

“Anything that sounds even remotely close to Springsteen just makes it good! We love Springsteen, so to have a tune where you can hear him in the song is always a compliment to us. I’m always blasting him out anyway, so it’s never a conscious thing, but in fairness, the keyboard sounds throughout this song that are Springsteen-esque were [producer] James Skelly’s department. I mean none of us can really play piano, so we left pretty much all the sounds to him. He was spot on with the sounds and we were more than happy to roll with that.”

Give It All Up

“This has quite a Coldplay-style guitar part. The song is driven by the drums, it’s not really a wall of sound. It was inspired in part by The Killers’ Read My Mind, just chugging along. I’m just palm muting so all the attention is on the vocals. It’s sort of a two-part chorus where Josh’s part is stepping in and stepping out, but it picks up more in the second part he’s picking at the riff more. That’s a really nice-sounding riff.”

Under Your Sky by The Sherlocks is out now on Infectious/BMG.