With a string of singles and EPs under their belt and now signed to Parlophone, Joe McGillveray discusses the influence of Frank Zappa and playing guitar like a backing singer.

West Lothian four-piece The Snuts have been shaking up the UK indie scene for over five years now, blending their mastery of sing-along, festival anthems with dissonant guitars and a touch of Laurel Canyon-esque emotion. Their sophomore EP, The Mixtape received widespread acclaim and landed them in the UK Top 20 and at number one on the Scottish charts, whilst also smashing 30 million streams on Spotify.

Now set to release their debut album proper – where they worked with Tony Hoffer of Supergrass, Beck and The Kooks fame – the band are poised to become one of the most prominent guitar bands in the country. We talk to guitarist Joe McGillveray about curating their album, the influence of Zappa and just being happy to get out of the house.

You’ve been considered a hot new band for quite some time. Why is now the right time to release your first full-length album?

“It’s been a long time coming, but we’ve always been super aware of how important a debut record can be for a band. We’ve had songs for years, but we wanted to make sure that the finished product felt like a polished piece of work. It definitely feels like what we have now is representative of who we are, and something we can be proud of.”

So your new album is imminent, what can we expect about it?

“The way I think about it is that The Mixtape [EP] is like one chapter and W.L. is the whole story. From being four wee boys with cold hands playing five-string guitars in snowy forests, to doing this for a job and playing to stages and crowds all over the world.” 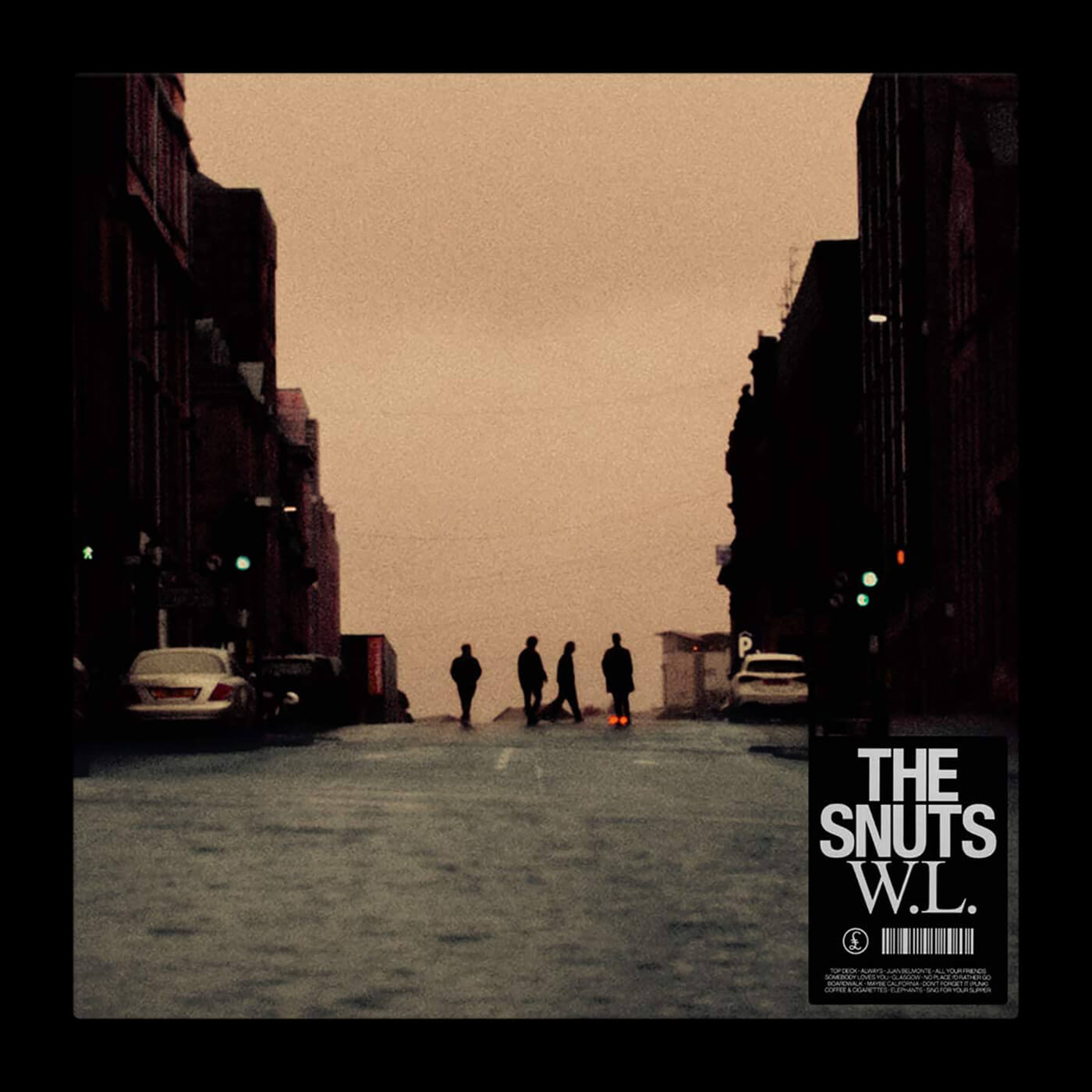 You’ve worked with Tony Hoffer on W.L. What has he brought to the table and how has he helped you develop your sound?

“Working with Tony’s been really good. He’s a guitar player at heart so he’s able to translate our semi-musically illiterate gibberish surprisingly well. We’ve been lucky enough to work with some really great producers, but Tony is pretty open about what he’s doing so it’s easy to learn a lot while you’re working with him. He’s all about trying things before ruling them out and he’s not hemmed in to making any one kind of record, which was ideal for us too.”

In your opinion, what song stands out most?

“There’s a song called Top Deck I remember Jack playing six or seven years ago in my first flat. It floated about for a while, but it was probably a bit too delicate for the type of gigs we ended up getting used to, so it never got too much attention. Then a few months ago, after we’d pretty much finished recording everything, Jack wrote a second verse that ties it together into something really powerful and that really sets the tone for the rest of the record.”

“My first guitar was an old Strat that my brother had under his bed, I’d pick it up every now and then but when I was about 12, I heard Frank Zappa covering Stairway To Heaven on an obscure live album of my dad’s and it was like ‘Ahh, right’.”

Can you tell us about your main guitar rig and pedal setup?

“I mostly gig with a Fender Strat into a Blues Junior or Victory V40. On the board I’ve got a Hudson Broadcast on pretty much all the time, a Tube Screamer for a push and a JHS Crayon or a Si Fuzzface for fuzziness. I’ve got an EHX Superego for holding notes, and a TC Electronic Hall of Fame and Flashback for delay and reverb. My girlfriend actually got me a talkbox for Christmas as well, so now I’ve got that to try and work out too!”

“I just try to serve the song to be honest. I like to play where a good backing singer would sing. I used to want to throw blue licks and mini solos into every space, but I’ve learned that more often than not less is more, and the space is what makes it that much more dramatic when you do want to kick it up a gear.”

“We played with The Libertines last September in Newcastle. We were mega into them growing up, so we were happy just to playing alongside them, but they were super friendly, stood and watched both our shows and were just generally lovely guys all round. They played a fuckin’ class show, too. We’ve got a UK tour in the spring if all goes to plan…”

“If it’s not roaming the wastelands a la Mad Max? Hopefully still in music. We’ve all been doing a lot more production during lockdown, so I’d like to get better at that, but to be honest I’ll just be glad if we’re out the house.”

The Snuts debut album, W.L., is out April 2 on Parlophone.