The Wants on recording their debut album in a shipping container

Bodega bassist and guitarist Madison Velding-VanDam on why his new band The Wants are bringing big ideas and catchy hooks on their debut record, Container. 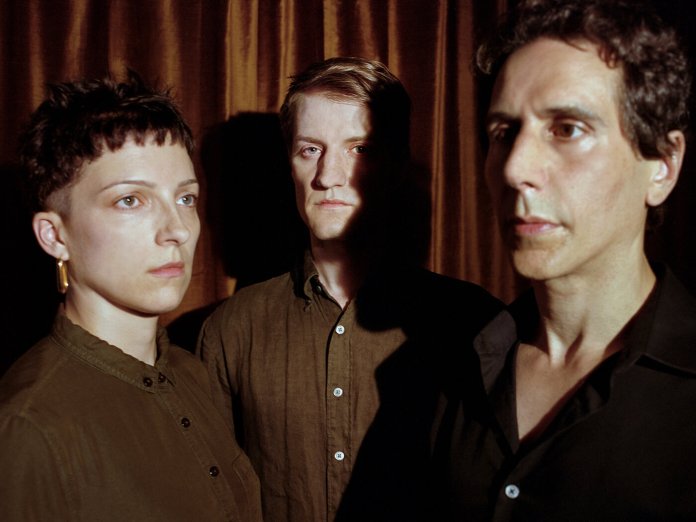 Madison Velding-VanDam is one busy guy. If he’s not developing and producing the music of Brooklyn art-punkers Bodega, he is racking his brains for the right words as the primary songwriter of The Wants, his buzzy side project. Oh, and if that doesn’t sound like much, Velding-VanDam also switches between lead guitar and bass for both bands, churning out watertight, propulsive riffs while he’s at it.

Madison’s schedule might be busy, but he can’t get enough of the thrill of it. Working double duty for both Bodega and The Wants has provided him with a new creative gateway into arranging and playing guitar with different visions for each respective band. This method has paid off, too; The Wants’ forthcoming debut record, Container, is a bolshy, turbulent 30-minute trip through the darker complexities of American society. It is a whip-smart, forward-thinking body of work and essentially a product of his calculated collaborative process.

We caught up with Velding-VanDam, who shared all about Container, their wildly unique rehearsal space and what it means to be (or not to be) a political band in 2020.

When did you first start playing guitar?

“I first started playing bass when I was 14. My teacher was Mike Lutz of Brownsville Station, who co-wrote Smoking In the Boys Room, which became a platinum-selling cover by Mötley Crüe. At that age, I had Green Day’s Dookie on repeat and so I learned to play fast up-and-down strokes with a pick. I started playing the acoustic guitar we had laying around because I realised it was easier to write songs with. It had very high action which made it especially challenging to play chords smoothly.

“Playing bass and this wonky acoustic guitar early on really strengthened my hands for when I finally moved to electric guitar, which has significantly lower action, so it felt easy in comparison. I think I still play the guitar with a lot of bassist habits, like a strong right hand, single note riffs and a pointed rhythmic quality.”

When did you start out properly as a musician and decide that you were going to give your life to music?

“When I was 13, I was playing the French horn and the trumpet in my school band, but my parents encouraged me to take up bass. My hometown, Ann Arbor, Michigan, had a well-funded youth centre that allowed me and my high school bands to record two full length albums before we left even graduated. This experience in the studio and regularly performing live gave me an intense love of the recording process and the stage.

“I took a break from music to get an undergraduate degree in political science, which is another passion of mine, but I couldn’t stay away from music any longer than that. Since then I’ve been chasing the dream of playing music full-time and my career has kicked into high gear these last few years with Bodega and The Wants.

Were there any other formative experiences – perhaps playing a particular set, or meeting a certain artist – that were a milestone in your growth as a musician?

“I met Matt Berninger of The National in 2019 on the EU summer festival circuit. I’ve been a fan of The National since 2005’s Alligator. His lyrics are personal, vulnerable, thoughtful, and vivid. He was very sweet, supportive, and came to our set. The fact that he has a family and is touring full-time, still following his dream was very inspiring to me.

I feel increasingly that performing in the music industry is like any other job — you’re building relationships with real people, people who work to push your records and the audience. It’s important to be respectful and kind if you want to be in this for the long haul. I think you can still make wildly intriguing art if you express that humility on a personal level.”

What is it like switching between your roles in The Wants and Bodega?

“I have distinct roles in each project: in The Wants, I’m the primary songwriter and in Bodega I’m producing, developing the music, arranging, and playing guitar. Bodega is actually the first time I’ve been in a band where I’m not the main songwriter, which has been a great challenge in honing my own distinct style to contribute to a larger collective vision. I think the projects have very distinct visions and thus scratch different itches for both me and our audiences.” 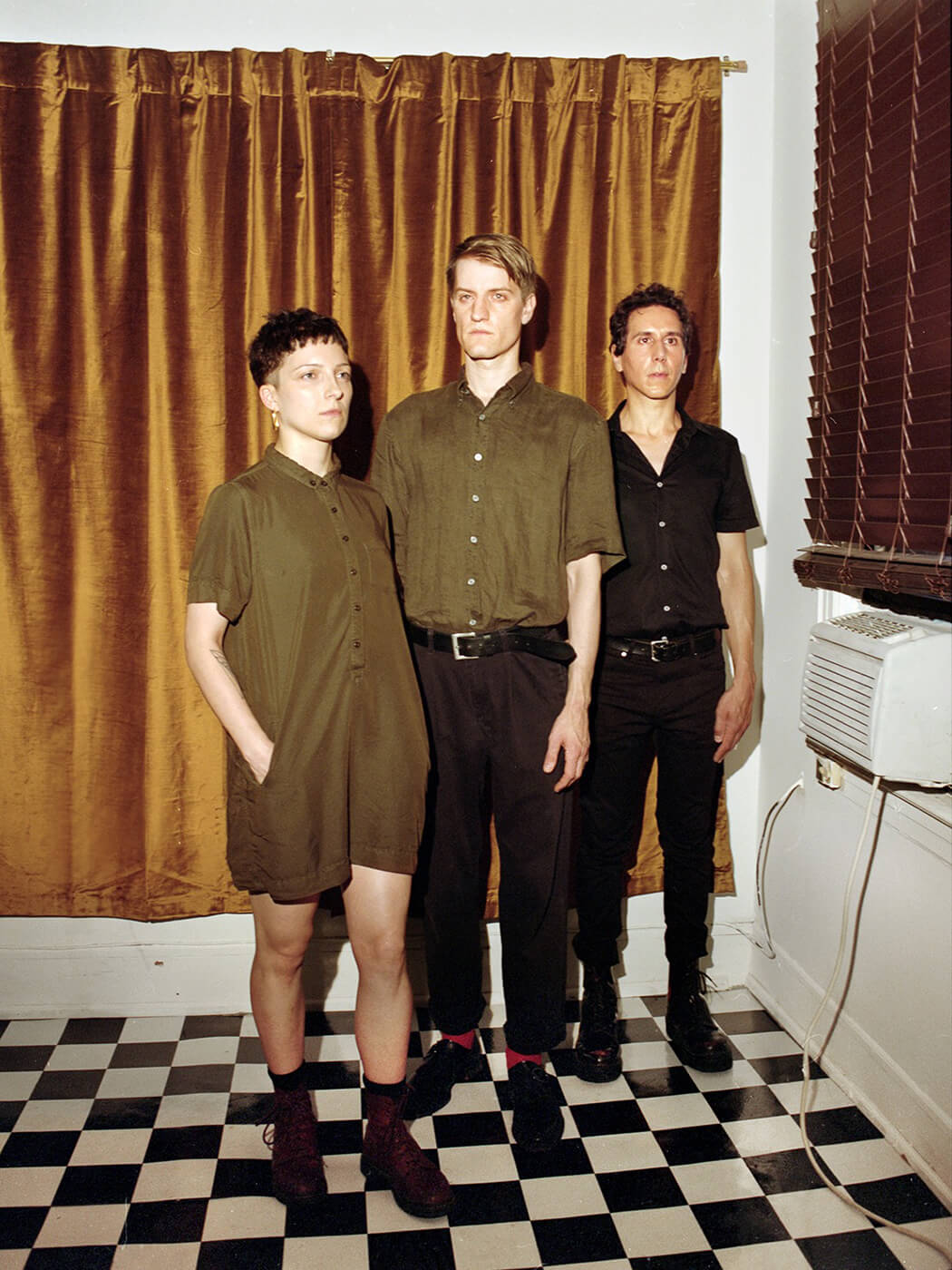 The title of Container is fitting – you recorded it in an actual shipping container, right? How did that work?

“Recording Container was a back-and-forth process between Jason Gates [The Wants’ drummer] and myself in our respective bedroom studios and HANJIN, which is our shipping container rehearsal space named after the bankrupt shipping company. HANJIN came about fairly deep into our writing process.

“We did an entire album mix with different songs before arriving at the final version. HANJIN was the best for recording guitars because, situated in an empty Chinese glass factory parking lot, I could start a session at 11pm alone and make cacophonous feedback on endless loop.”

What were your guitars of choice recording the album?

“I used a Reverend Warhawk HB guitar, a discontinued model from the 2010s. I’ve exclusively used Reverend guitars since I was introduced to them by Mike Lutz, who had his own model of bass back when they were made in the US.

Also, I exclusively used a Fender Hot Rod DeVille 2×12 because I’ve found it works best for controlling the feedback I make when pressing my headstock on the cabinet. I prefer clean tones, Fender clean tones are my favourite, but not as bright as the Twin Reverb. I put a lot of care into narrowing down to this tone palette, pointillist guitar riffs and ‘whale call’ feedback.”

Tell us more about your influences for Container

“I’m always considering our musical, visual, and philosophical identity simultaneously. The domestic landscapes of Jo Ann Callis, the psychosexual world of Jimmy Desana, the still and moving work of Alec Soth [‘Summer Nights At The Dollar Tree’] and Todd Hido were all constant references.

Tiqqun’s Preliminary Materials for the Theory of the Young Girl and Jenny Holzer’s Inflammatory Essays were two written works I felt very inspired by, both use playfulness to address very serious theory-oriented subject matters. Our musical influences were a journey over the course of writing the record, starting with the minimalistic post-punk core with bands that reflected our use of live instrumentation, like Gang of Four, Bauhaus and Wire.

Do you think that, as an established artist, it is important for you and the rest of your band members to use your platform to discuss political and societal issues?

“My short answer is no. I’ve always been drawn to political and societal issues and I think it’s important to engage civically in some capacity, whether it’s through activism, volunteerism, or pushing yourself to be politically aware and vote responsibly.

Nevertheless, I think there’s a lot of territory for artists to cover outside of the political realm. If an artist feels compelled and comfortable to engage with the world politically, they should, but as we all know, political issues are unending in their evolution and complication and it’s best to be prepared before asserting yourself here.”

What is the future looking like for The Wants?

The Motor, Container, and Ape Trap are three tracks from Container that signal our path forward. These best reflect our effort to mix our influences of dance, post-punk, and pop genres we’re drawn to in exciting ways. I can see us making even more danceable and vocal melody heavy music.

I don’t feel finished engaging with the lyrical and visual themes of this record, either. The dark heart of America and the complexities of my country’s iconography still keep me searching for answers.

Container is out now on Council Records.