Thirdface’s David Reichley and Kathryn Edwards discuss the resilience of the Nashville’s DIY community and their latest release, Do It With A Smile. 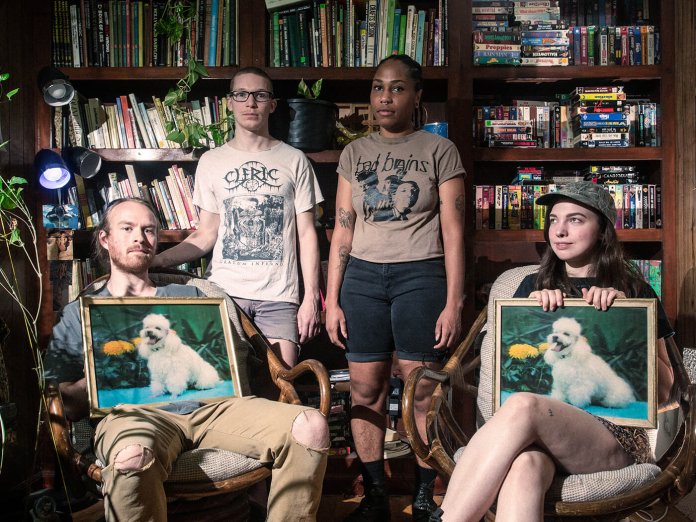 “Just another run-of-the-mill suburban pre-teen punk story: Bad Brains, Minor Threat, Black Flag,” guitarist David Reichley says of his earliest influences. But his band, Thirdface, are anything but run-of-the-mill, proof that in hardcore you can start in the same place as someone else and end up somewhere completely different.

The Nashville quartet – completed by vocalist Kathryn Edwards, bassist Maddy Madeira, and Yautja’s Shibby Poole on drums – play coruscating songs fashioned from serrated leads, crushing stop-start rhythms and Edwards’ throat-shredding scream. It’s all intense, all the time. It’s wiry, frantic and grindingly uncompromising at a time when so many hardcore bands are happy to settle for brute force heaviness over something a little more nuanced.

Recorded by Poole in the loft space of a garage where most of the band were living at a time, Thirdface’s debut LP Do it With a Smile finds them joining Exploding In Sound Records and mingling with genre-agnostic bands such as Pile, Editrix, Knot and Big Ups. It runs off their locked-in, bass-forward instrumental chops and Edwards’ furious, evocative words.

Melding droll references to pop-culture touchstones like Fist of the North Star and Buffy the Vampire Slayer with pressing discussions of feminism, allyship, and the lives of working class Black people in the American South, Edwards delivers each twist with face-melting conviction. “This isn’t to hide their bite, but to add a smile and nod behind the snarl,” was the explanation recently given to New Noise.

Here, Edwards (who also co-runs the all ages space Drkmttr) and Reichley talk us through the components of Thirdface’s makeup, from Nashville’s if-someone-falls-pick-them-up DIY scene to Poole’s inventive streak, rig-switching and aluminium guitars.

Tell me more about the Nashville DIY scene you came up in.

Edwards: “So many people sleep on the Nashville DIY community, but I’ve seen the proof of its resilience. Whenever one all ages space closed, someone would be there to have the headache of making sure future kids had what they had. It’s inspiring.”

This is the most collaborative Thirdface release yet, and I feel like that is displayed in the way the vocals and guitars appear to be goading one another to see who can bring the most intense performance to the table. Where does that dynamic come from?

Edwards: “That’s just my style. I usually come in after the main riffs have been formed and work something on top – I love the back and forth nature of vocals and guitars, sticking on a groove.” 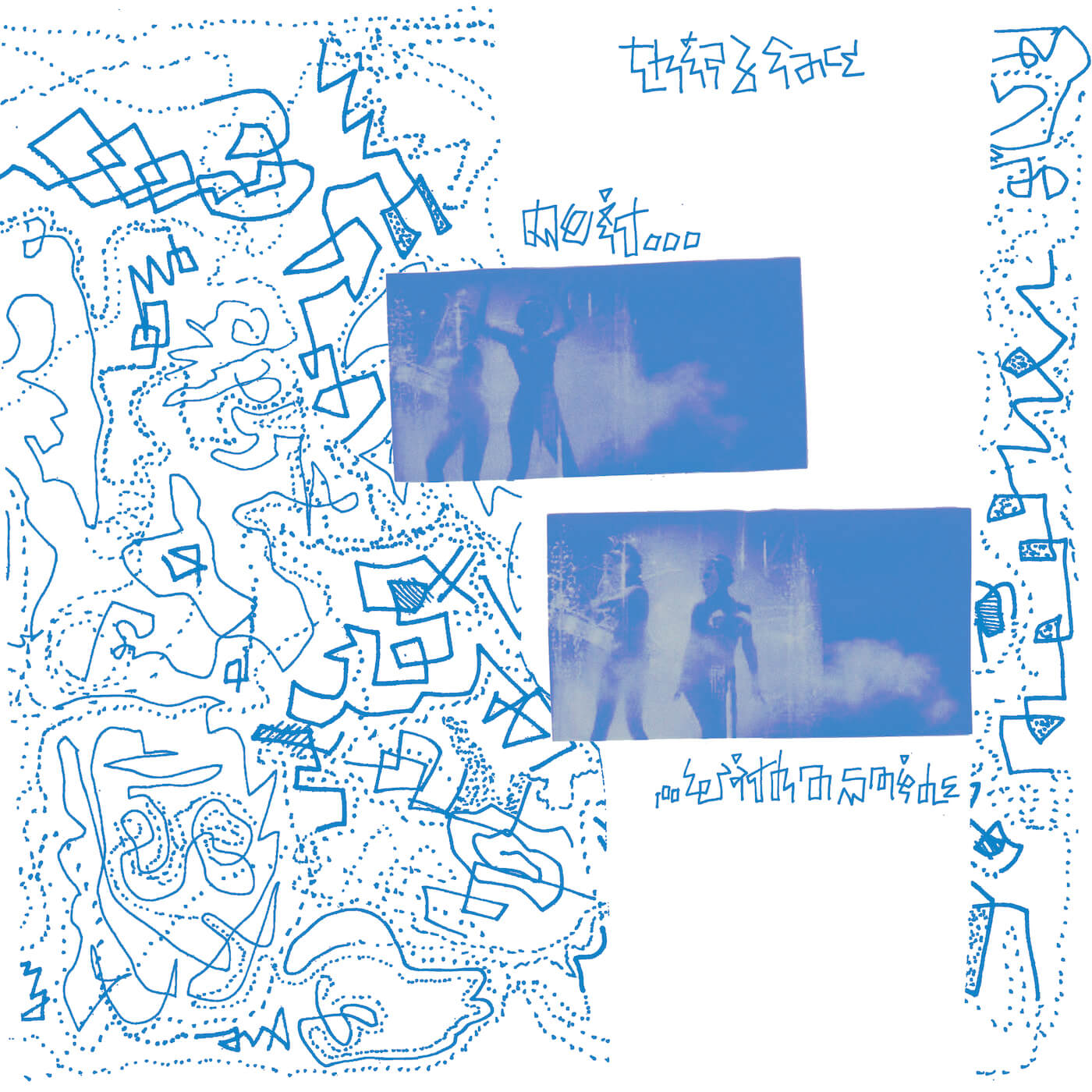 Can you tell me about fusing elements from other media with real-world issues in your lyrics? How do you find that interesting creatively?

Edwards: “I think everything has a deeper meaning. Most references I have are all stories as old as time – the oppressed fighting the oppressor. I just wanted to put it within the framework of my specific interests like horror and anime. [It’s] for those who want songs about demons but really it’s just about your landlord.”

The guitars have a caustic nature without being overly distorted or even traditionally ‘heavy’. What inspired that approach?

Reichley: “Personally, I’m always in a panic about how I want my shit to sound. Maddy’s approach seems to be to find a thing that works and stick with that thing, so we are kind of opposites. The bass seems to have gotten worked out by translating Maddy’s guitar rig from Sallow [the noise-rock band Madeira, Poole and Reichley also play in] into a workable bass rig. This was really simple and it sounds sick.

“As far as guitar goes, I wanted to make something that was really articulate and abrasive but that didn’t sound exactly like the classic – and admittedly wonderful – hardcore guitar tone of humbucker and JCM800/VH140C. So it was just trying to find a balance of everything I want while trying to please Shibby’s draconian attitude towards a high noise floor.” 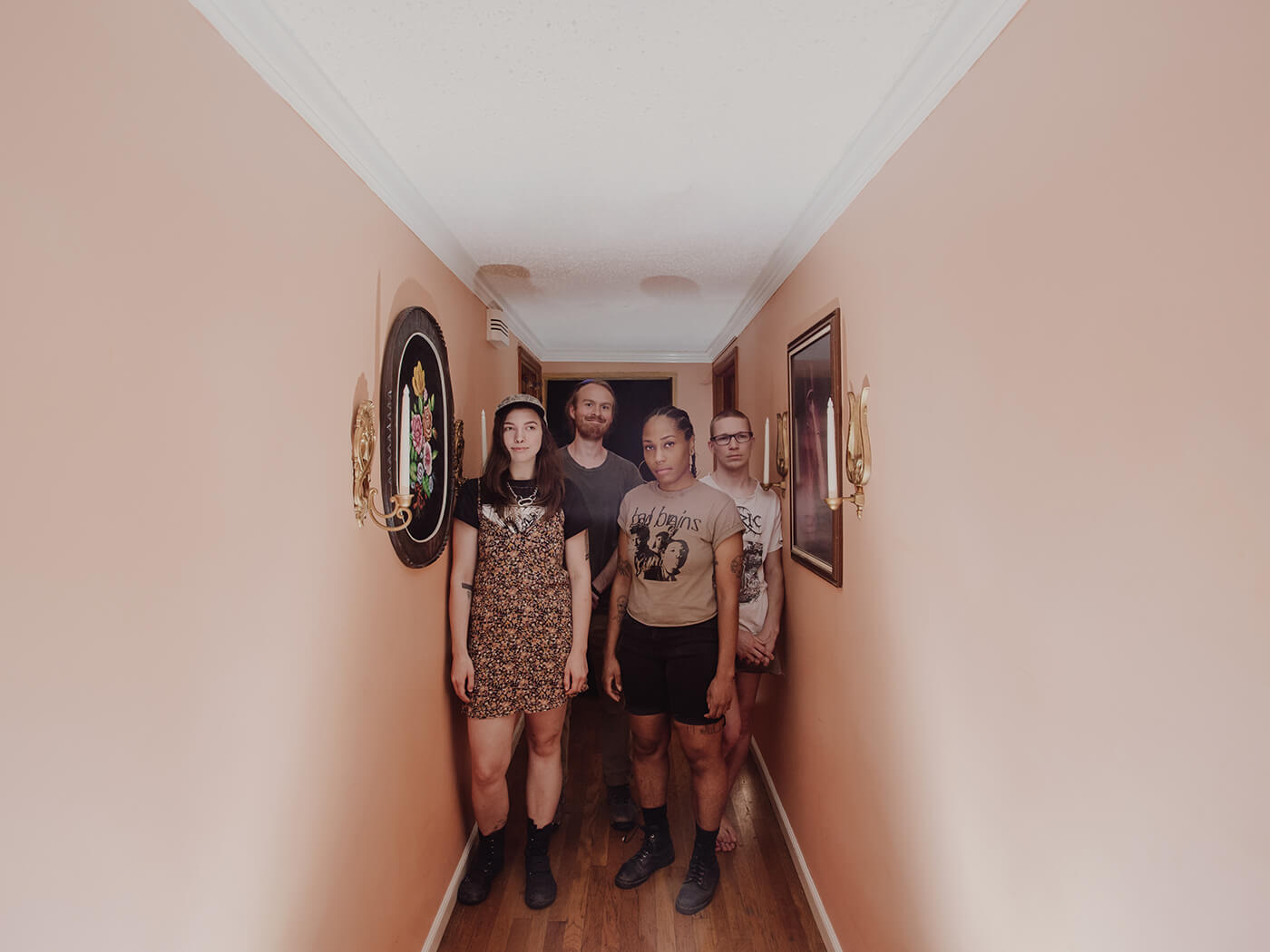 Can you tell me about the space you recorded in?

Reichley: “Shibby will probably find a way to turn wherever he lives into a workable recording space. He is a dedicated and deviceful engineer with really strong DIY ethics and has been responsible for so many Nashville bands having the opportunity to record and share their music.”

Talk me through your gear on the album.

Reichley: “My guitar is an Obstructures 0.75b, which is stupid in some ways but awesome in other seemingly more important ways. I did two main guitar tracks: first a Damnation Audio GMP split into a Matamp Legend 120 and an AB165 bassman, and then a split into a DOD 250 reissue into the Matamp and a Tone Bender into an Ampeg V4. And then some reverb, flange, DD-3s, a chorus and a Dirge Noise Ensemble. I love EVM 12/15s. Maddy used a Jazz bass into a RAT into a Randall Steel Man 500 into unknown-to-me 15” speakers.”

Thirdface’s Do It With A Smile is out on March 5 through Exploding In Sound Records.