“This is the only thing I know how to do!” Black Keys guitarist Andrew Gabbard on the challenges of recording a record with his kids running around

The Black Keys touring guitarist and Buffalo Killer tells us all about the unique circumstances of the making of his first solo album, the aptly titled Homemade. 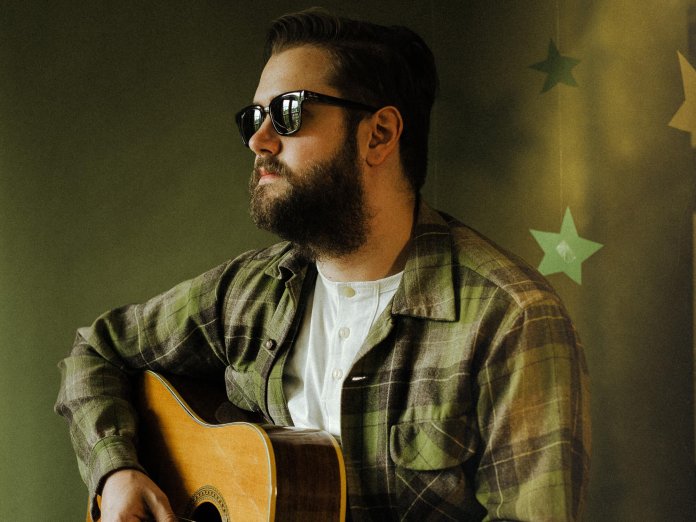 When Andrew Gabbard named his new album Homemade, he really meant it. To hammer the sentiment home (no pun intended), the album cover shows Gabbard sinking his teeth into a hearty sandwich. “That’s fried baloney”, Gabbard laughs. “I grew up in a hillbilly sort of fashion. I wanted it to feel homely”.

Hailing from Dayton, Ohio, Gabbard has spent well over a decade building a resume that would make most musicians blush. First making his name in Cincinnati garage rock band Thee Shams, he went on to form psychedelic/blues-rock outfit Buffalo Killers, who have toured with The Black Crowes.

Both bands have featured Gabbard’s brother Zachary. Something of a package deal, the brothers have also since joined the touring band of fellow Ohio natives, five-time Grammy Award winners and American rock royalty The Black Keys. Do Andrew and Zachary ever get sick of each other? “We’ve never fought. I think we had an argument one time on tour, and it was just because we hadn’t eaten all day! I’m sure he’s been annoyed with me before, but we’ve always been loving, supportive brothers”, Gabbard says.

Homemade is Andrew Gabbard’s first solo LP away from this fruitful sibling partnership, and you could say he went the whole hog. Drawing comparisons with a certain Mr Grohl (also born in Ohio) who similarly performed and recorded everything on his band’s first album, Gabbard put Homemade together himself during lockdown. Its hazy, psychedelic pop and homespun Americana pointing to Gabbard’s love of Neil Young, The Beatles and the late Emitt Rhodes.

But more importantly, it’s an authentic moment in time that captures a house filled with music and family during the strangest of days. As I chat to Gabbard via Zoom, it seems fitting that most of our call is soundtracked by his children’s laughter and rambunctious play. He tells us how Homemade came into being.

Was Homemade recorded in a certain room or in different parts of the house?

“It was a big learning process just trusting my ears and trying to emulate real album sounds to get it sounding cool and interesting”.

Was this solo project always the plan or did it come around because you had so much time on your hands?

“Well, I actually have a different album that’s finished. But during lockdown I recorded a couple of songs and sent them to Colemine, and it got us super excited. So we decided to put out all the newest stuff that I’m working on first”.

What are your hopes for the record?

“Multi-platinum! [laughs] You know, all I ever hope is that it’ll open the door for people to give me a chance. I’m really confident in my songs. I’ve always felt that if you give it a chance, there’s something there for you, if you like music. That’s all that really matters to me. If I can get music fans to give it a chance, then I can hold on to that and just keep making records. Hopefully I won’t ever turn anybody off!” 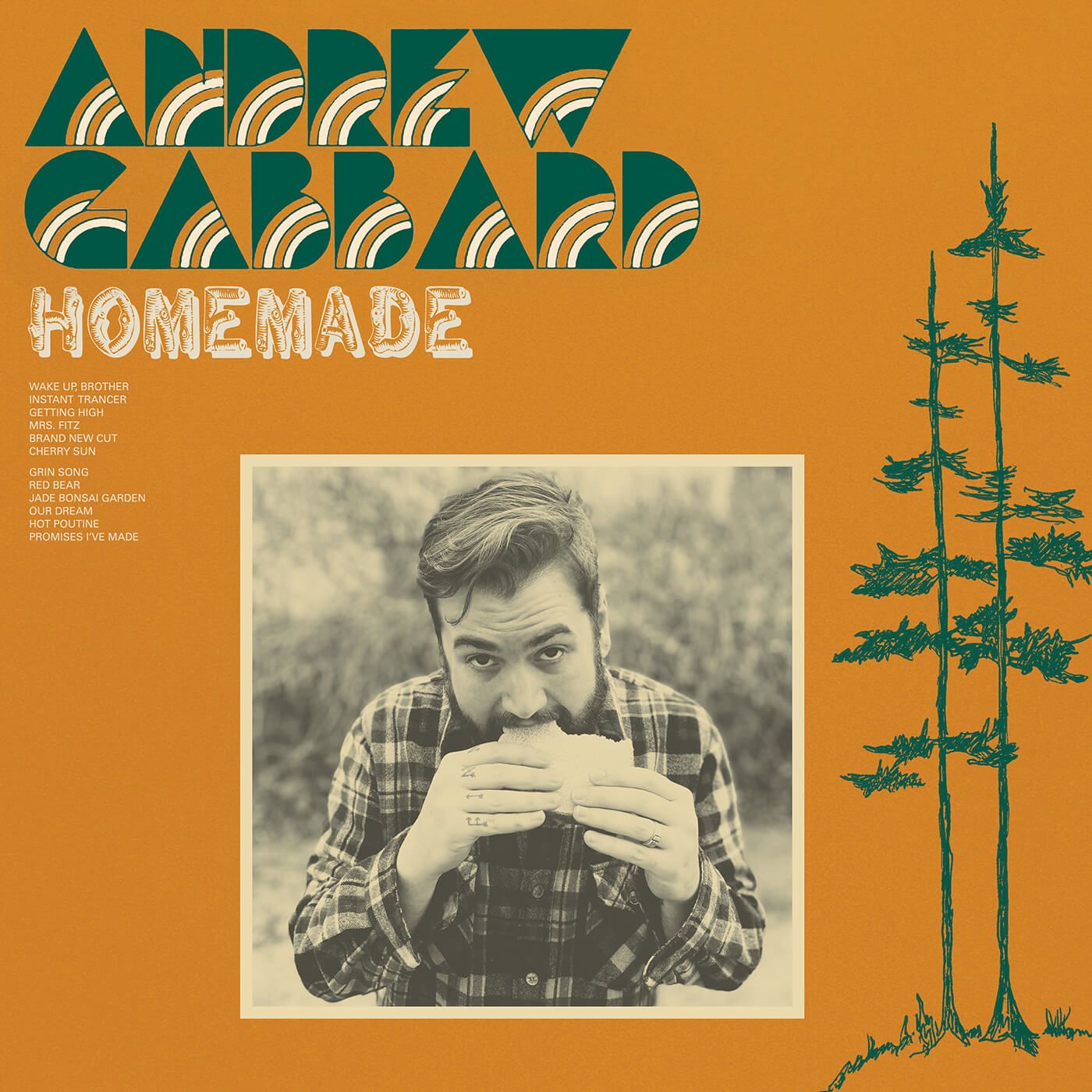 Which songs stand out the most for you?

“I’m proud of the whole record but I feel like the second song Instant Trancer is probably one of the best songs I’ve ever written. There’s a song on there called Our Dream, too. That’s one that I recorded really fast and I didn’t mess with the dials at all, it just came out. It probably won’t ever be a single but I love that song.

“And of course the Emitt Rhodes song at the end [Promises I’ve Made]. I think that was the first song I recorded, and it was on the day that Emitt died. That was what set the fire for everything because I liked this new recording set-up and how it turned out, so I just kept going”.

I hear lots of influence from The Beatles here. Musically as well as sonically.

“Oh yeah. I spent the whole lockdown jumping back into The Beatles. And my kids were experiencing them for the first time, so I was experiencing it through them. They have a lot of magical songs and that’s what I always strive for more than anything. To create something that’s provoking, that would make you feel the way I feel”.

“Native American culture is one of the most interesting things to learn about, man. You learn about what happened and how they were tricked, forced off their land and starved. All these awful things. As a dad, these are things I think about when I have to answer questions. All the stories have a sad ending. To imagine what it was like back then, it’s always interested me. Even though we’re generations apart from it, you can feel a lot of guilt”. 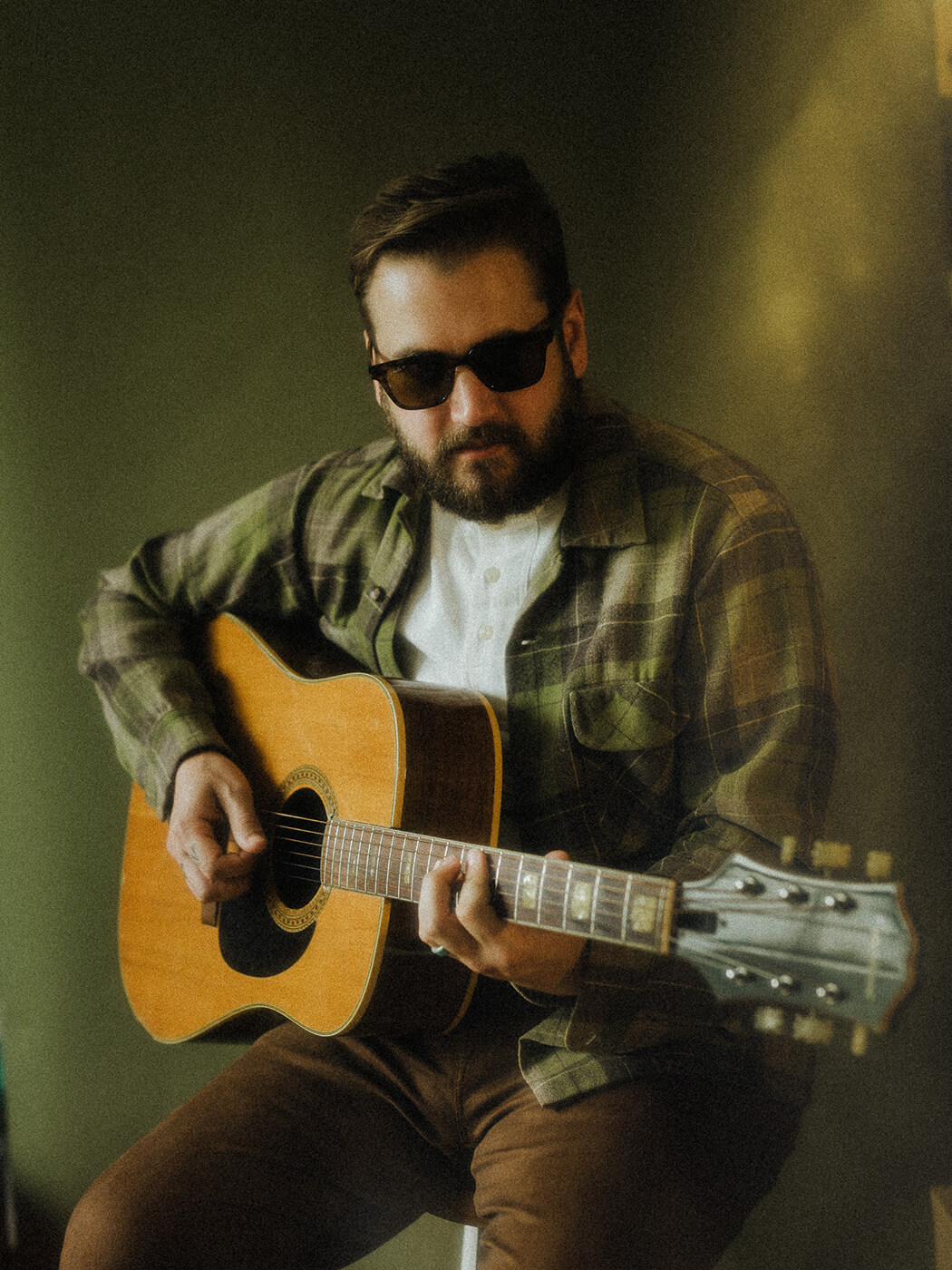 Do you think the environment influences your music? Recording an album in your house must be the closest you can get to a comfort zone.

“The whole record is a creative moment in my life. I’ve always thought that Ohio has a lot of open space. A lot of open space for you to dream and create. A lot of flat farmland. A lot of burger and pizza restaurants. There’s a lot of great artists from Ohio. All the best funk and R&B records ever made, a lot of them were made in Cincinnati and Dayton, where I live”.

What was it like recording with your children in the house? Did they ever run in on a take?

“Yeah! [laughs] It’s almost like little time capsules, you know. If you isolate the drums, you can hear them talking and stomping upstairs, because they’re constantly running. You can hear them on the record a lot. Little Easter eggs of memories. If I go back and hear my son saying something, his voice sounds different now because they change so much when they’re younger. If I don’t care about the purist thing, I can enjoy it”.

But doesn’t this make the album so much more authentic? It does what it says on the tin.

“I feel like if you fuck around and record for a really long time, you realise that imperfection is your vibe. Whatever your imperfections are, that’s your vibe. Drummers are always perfectionists and worried about keeping time. But I’ve always thought that if you’re not a very talented drummer, you have an advantage over other bands because you have a vibe. I guess that’s the same for every instrument. Your imperfections are your advantage. I just try not to overthink things. I assume the parts I hate about my voice might be what someone else loves”.

Do you think you’ll record another album at home? Or would you rather do something different?

“I would like to purposefully put myself in different situations, just to keep it interesting. Where I’m at right now, I could make records all day long, but I do have a band. We haven’t been playing as much because of the circumstances around the pandemic, but that’s something I’m looking forward to doing in the next year or so. Something more spontaneous with my friends”.

“I’m hoping I can get some shows going. Keep making records. There’s gonna be a Gabbard Brothers record coming out, and I think there’s some Black Keys plans for the summer. I’m just gonna keep playing and keep recording. This is the only thing I know how to do!”

Andrew Gabbard’s Homemade is out now on Colemine/Karm.