“We used to play obtusely technical things. That’s not interesting to us now”: Dustin Kensrue on Thrice’s musical evolution

The guitarist and frontman on the pull of new ideas, the paralysis of freedom, and why you shouldn’t expect them to return to their melodic hardcore roots any time soon. 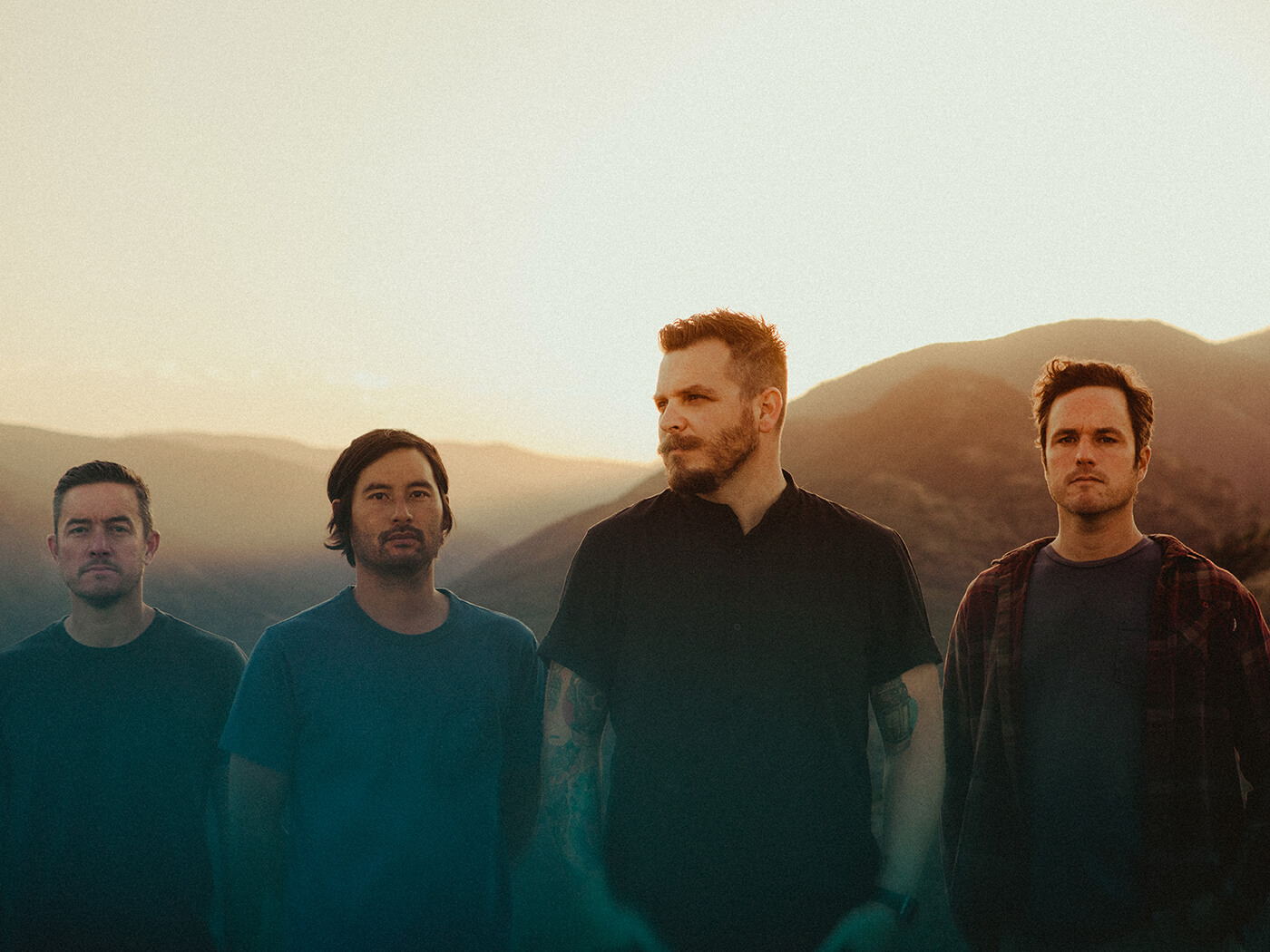 The new Thrice record isn’t about Thrice, but it could be. As Dustin Kensrue tells it, the currents that run through Horizons/East started out with a line of thinking he came to favour after reading Finite and Infinite Games, a work by the late religious scholar James Carse. “In a lecture I saw him give he talked about this concept of systems of inquiry versus systems of belief,” he recalls.

“A system of inquiry is like anything that is starting out trying to take in the world, trying to figure it out. It’s open, it’s taking in all the information and data and experiences. Science does that when it’s working properly, religions do that when they’re starting out. Over time, things tend to become codified and turn into a system of belief, where now it is closed off from new data, new experiences, new information. It interprets that stuff away, ignores it and becomes stunted, it sees itself as fixed and not related to everything else.”

Now, is that definition of a system of inquiry not a neat way to view Thrice’s own work, which has long rejected the path laid out by their breakthrough rager The Illusion of Safety, and the ensuing post-hardcore classic The Artist in the Ambulance, taking instead to esoteric soundscapes, dense concept pieces and elaborate song cycles? On Horizons/East’s opening track The Color of the Sky they personify Carse’s ideas, but Kensrue might equally be detailing the band’s open-ended desire to drift out of the lane many fans would have had them in forever.

“You have someone starting out in this closed-off city, wondering what could be outside of it and finding a way out, experiencing, as Carse puts it, that when you take a step towards the horizon, the horizon shifts,” he says. “Every time you move you find more new things, more things to incorporate into your vision of the world. And that’s the short way of getting after this idea.”

Thrice – completed by lead guitarist Teppei Teranishi and brothers Eddie and Riley Breckenridge on bass and drums respectively – formed more than two decades ago in Irvine, California. Horizons/East is their 11th album, split either side of a multi-year hiatus in which Kensrue investigated his Christian faith through solo records and with the band the Modern Post, and its searching themes are matched with songs that toy with rock structures and eye-catching melodies, bending them to the increasingly Tom Waitsian tone of Kensrue’s voice.

These songs do rock, but not in the way Thrice used to rock. Back in the day they almost exclusively played knotty, metal-tinged post-hardcore, where jagged, hyper-intricate guitar leads cut back against Kensrue’s serrated bark and gruff hooks. For a long while now, though, their interest has been piqued more regularly by texture and the use of space to play off or underline their goals: what if something could be heavy through timing and intention rather than through the medium of distortion?

“I think it was something that we all developed together, just realising over time and through interacting with different people, listening to more music,” Kensrue says. “Early on the thought of someone not playing at any given time was not in our heads. One day we had the revelation that we don’t have to play all the time, and that dumb revelation was pretty huge for us. I use a medium output pickup on my guitar because there are all these dynamics that come out as I play, if I don’t distort it too much, whereas it used to just be on or off, tone or no tone, using things like Metal Zones in the very beginning, which are fun for a metal riff but not much else.” 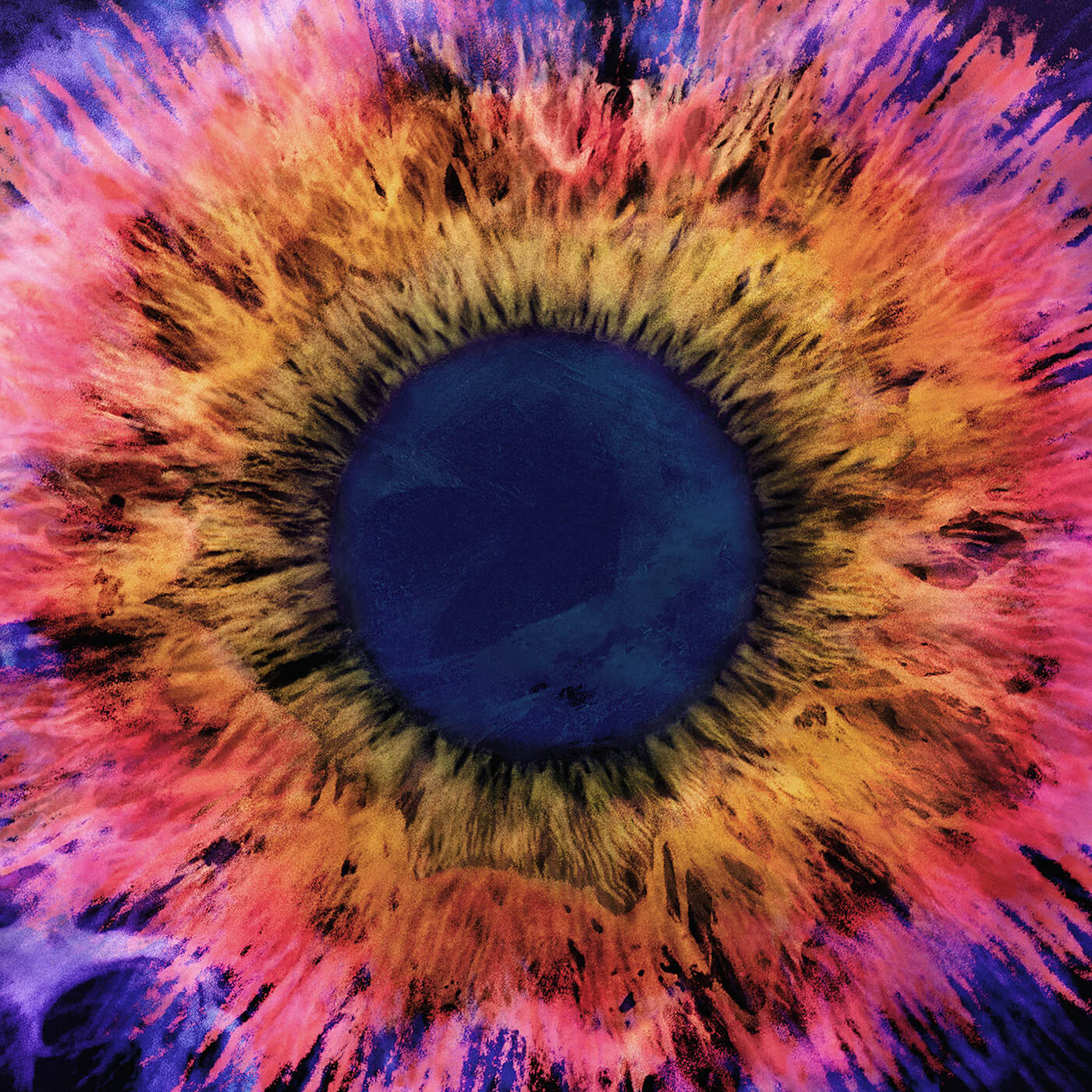 “I’ll see people critique things sometimes [for not being technical],” he adds. “I saw someone talking about the second verse of Scavengers. I did the demo for that and it’s just this really simple bass octave, there’s a ton of space and no guitars. For me, it’s powerful because it’s simple and not in the way. You’re feeling the groove of that part, you’re feeling the emptiness around it. There are obviously some people – not just making music but listening to it – wanting something else. I get it, because we used to play obtusely technical things because that was what seemed interesting to us at the time. It’s totally fine, it’s just not what’s interesting to us now.”

Kensrue tends to view his preoccupations – whether philosophical or musical – as though they are a gravitational force. “Now that there’s this idea, it starts to pull things,” he observes. “It pulls things that were far away closer, it shifts things that were maybe tangential.” Running parallel to that thought on Horizons/East are a series of writing prompts that sparked things in a different way. Fighting back against the tyranny of the blank page are riffs based on the Fibonacci sequence and quartal chords cribbed from their favourite jazz records. Both are wound into the fabric of the sweeping Northern Lights. “That song absolutely wouldn’t exist without those challenges,” Kensrue says.

“I think early on, for anyone interested in art, you have this intuition that total freedom is what you want,” he continues. “You learn that freedom is paralysing because there’s nothing to play with, there’s nothing to bounce off. It’s like being out in the middle of space. You can’t see anything to relate to, or bring in to be part of your vision. I’ve heard the sonnet used as an example. It’s a very structured kind of poem, this many lines, this meter. It seems so confined. But within that structure you have infinite possibilities of what you can do with it, and the parameters push you to be creative.”

At your own pace

Horizons/East was produced by Thrice at their own studio. They’re no strangers to handling things in house and, while time was tight, any pressures were offset by the fact that they are in a settled place when it comes to chasing performances. “We have a lot of trust in ourselves and each other at this point,” Kensrue says. “There are certain things that don’t need to be said or explained or fought over. I’m really happy with the way the record sounds. We’re getting the tones we want, we’re getting the takes we want, which we’ve learned are not the perfect takes but the vibey takes.”

Kensrue, prioritising easy access to the tones he hears rattling around in his head, played his signature Music Man StingRay through a Line 6 Helix almost exclusively. “It’s super easy to get where my brain wants to go,” he says. “We used to chase tones in the studio, but we’ve been doing it long enough to know the basics of what we want and to tweak it to get it where it needs to be. I’m using the same basic amp modelling and drive pedal and the same guitar, but there’s so much variety you can get with that. I used a lot of blending of my two pickups with my stereo output on the guitar, but there were a lot of rhythm sounds weighted towards the neck pickup, which I haven’t done as much with Thrice.”

Kensrue first picked up a guitar as a teenager discovering west coast punk, shifting from three chord accessibility to the competing octaves and livewire leads of NOFX and Lagwagon. Along the way he jumped from a Peavey Predator to an Ibanez Talman and a knockoff ES-335, eventually playing a series of SGs, Teles and a Nash JM63 with Thrice.

But, having worked with Music Man on developing a guitar that suited his own style, down to the quirks of his strumming hand, Kensrue seems unlikely to shift allegiances from the StingRay any time soon.

“I really like having a single coil in the neck,” he says. “I love the sound of a humbucker there, too, but there’s something about having the option for something more chimey that I like. I had to move the switch off the horn because I will hit that all day long. Then I was hitting my hand on the volume pot as well, so that’s why we stacked the volume and tone, so that I’d have a clean pass through there. The stereo out idea is something I’ve been having for a while, being able to send the pickups out separately. That’s been a game changer, it’s been super helpful for finding more nuanced tones, but especially for live, having the Helix control what the guitar is actually set on in any given preset.”

Horizons/East pushes at the boundaries of what a band such as Thrice might seek to achieve, scaling quasi-orchestral guitar peaks and rich hooks that have something of the beaten down crooner about them. Even as it does all this, though, it hits marks that Kensrue settled on when he was first getting into music decades ago. That’s a hard trick to pull off. “​It wasn’t about that big rock thing, the crazy solos,” he says of his first loves. ‘It was about feeling the music and the intensity and melody. I’m more drawn to that than anything technical.”

Thrice’s Horizons/East is out digitally now through Epitaph, with physical copies following on 8 October.