Tom Misch is the fresh-faced guitar hero we need

Talented guitarist Tom Misch is a star of the new British jazz and soul scene, earning himself a huge following with debut Geography despite his refreshingly unorthodox attitude to fame.

The grand surroundings of Universal Music Group’s London offices, with its porcelain-coloured walls and David Shrigley paintings, serve as a prescient reminder that despite reports to the contrary, the music industry is still very big business indeed. But if he’s impressed by these surroundings, Tom Misch isn’t showing it. If you’ve not heard of the Dulwich native just yet, he’s happy with that.

Misch might be just 24 years old, but the British guitarist already has a critically acclaimed Top 10 album, is a leading light of the new wave of British jazz and soul musicians, and racks up three million plays a month on Spotify. Despite this, he remains determined to shun the traditional pressures of the music industry.

“I don’t want a big budget behind my music or to be on billboards everywhere,” he affirms. “I want people to discover my music because they like it, or it’s been recommended by a friend.”

The humble, unassuming guitarist has already seen his self-released 2018 debut LP Geography land in the UK Top 10, has worked with De La Soul and sold out his recent European tour – all by the age of just 24. That’s not too bad for a bedroom guitar player who rose to fame as a SoundCloud producer while he was still at school.

Misch’s jazzy, intricate guitar style speaks to a life spent with the guitar, but it wasn’t always supposed to be this way, at least if his dad had anything to say about it…

“Violin was my first instrument, I started playing when I was four. I didn’t really want to do it, but my dad said: ‘You will play violin!’” Misch explains.

But in a bohemian family – in which his mother was an artist and his sister a musician in her own right – it didn’t take long before he found his own path. “My sister played guitar and there was always one lying around the house,” Tom recalls. “So I started playing when I was about nine and that’s when I fell in love with it.”

While studying music technology at his local sixth-form college, Tom quickly learned to produce, which in turn gave him another outlet for his musical exploration. “Suddenly, I had a platform to compose and put my ideas down, guitar and drums et cetera,” he explains. “It gave me a different skill set, guitar-wise, it’s different to playing live or in your bedroom. I was recording for songs that I was working on personally. You have to be more focused and in the pocket than if you’re just jamming along.”

Back in 2013, this experimentation paid dividends when his song Follow, which features older sister Laura on saxophone, was picked up by the influential YouTube channel Majestic Casual. That video went on to receive over 2.7 million views, alongside the 760,000 plays it picked up on SoundCloud.

Prior to releasing his debut album and previous mixtape, the aptly named Beat Tape 2, Misch enrolled in a jazz-guitar course at Trinity Laban Conservatoire, which he quickly dropped out of to capitalise on his rapidly growing success.

“It was a traditional four-year degree. I was learning original 1930s and 40s jazz, and I’m not interested in that at all,” he admits. “The best thing I took from that, though, was that I was playing guitar every day. So I became really familiar with the instrument, and by the end of the year, guitar playing was even more natural to me.”

Despite his time studying jazz guitar getting cut short, it hasn’t deterred his unabashed interest in musical education. “I couldn’t tour or fully dedicate my time to it [recording music], but I found studying really important and that’s why I want to do it again,” he reflects. “I think it’s really important to keep educating yourself. I want to be the best musician I can. I think I’d like to study composing or musical history. Maybe I’ll release an album, then take time off to study, that sort of cycle. Just for the joy of it, and to add to my toolbox.” 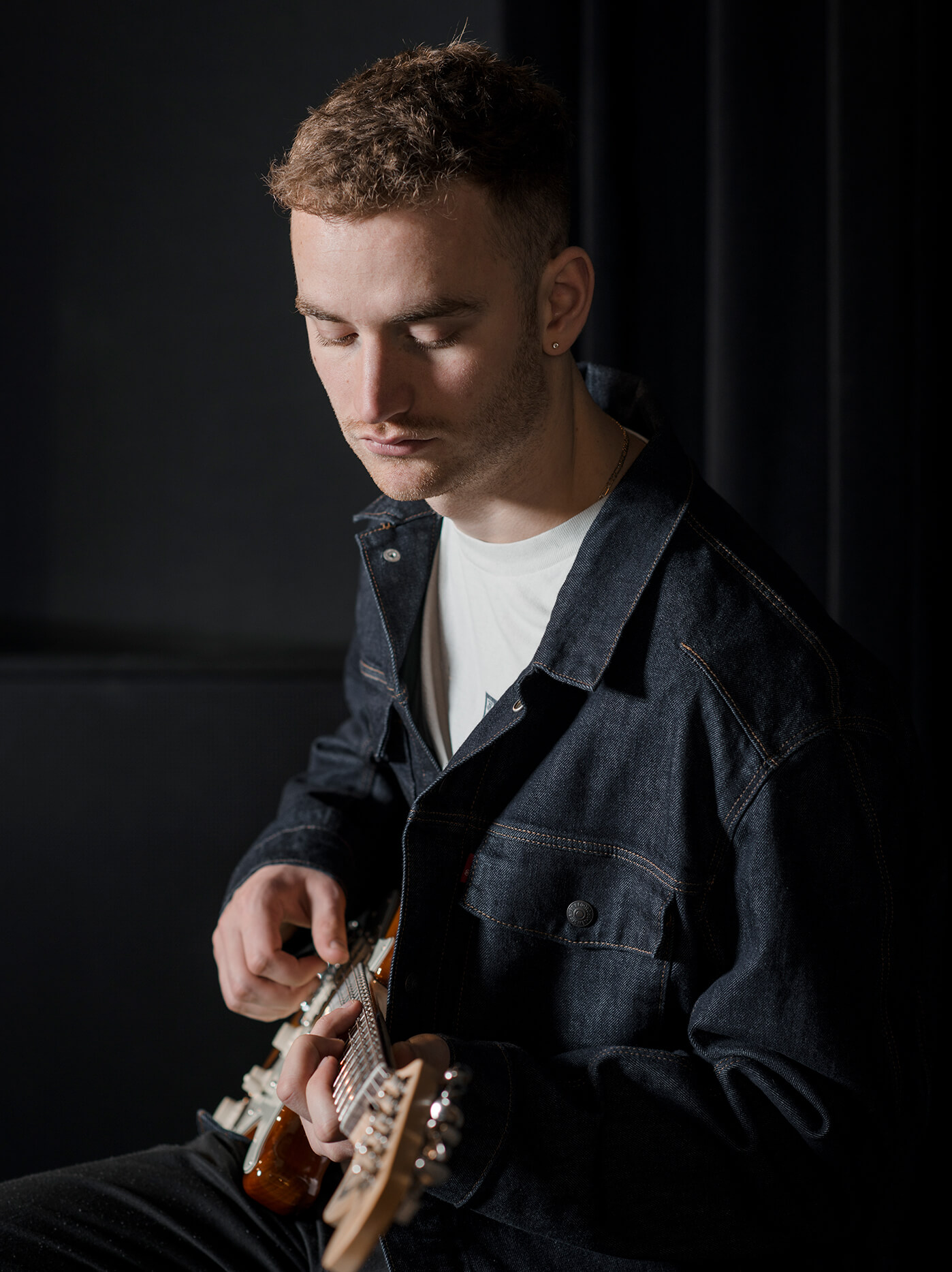 Instead of honing his jazz skills, Misch has since developed a nuanced playing style that mirrors that of Continuum-era John Mayer with the cerebral dynamism of J Dilla’s instrumental beat-making, while his overall compositions also find space for his love of jazz-pianist Robert Glasper’s take on modern R&B. “I love Robert Glasper,” Misch enthuses. “Listening to him changed the way I play guitar and the way I approach melodies and just jazz harmonies in general.”

In true millennial fashion, Tom says his primary influences are guitarists and session players who have found a new platform on a popular online-video sharing platform…

“I’m mostly influenced by YouTubers actually,” he affirms. “I love Erick Walls, he’s left-handed but plays right-handed guitar. He shreds, but in a soulful, bluesy, gospel style. I also like Isaiah Sharkey who plays for D’Angelo and Jairus Mozee. I love R&B guitarists who have come out of church with that gospel influence. I think it was through discovering a lot of hip-hop and then the roots of the samples and players, you just dig and the music connects. Like crate-digging online.”

Misch’s route to classic players and records goes against the traditional method of discovering music, and his love of modern culture also extends to pulling influences from TV, noting Netflix’s series The Get Down as another pivotal influence in developing his sound.

It’s this approach that lends itself neatly to his preferred way of working and releasing music. Beat Tape 2 was a collection of carefully curated works, rather than an album in its purest form. “I’ve never been one for working on an album and making it all cohesive until now. I called it a beat tape because it was just ideas and rough sketches, I wouldn’t call it an album,” Tom explains.

However, when the time came to craft his first official long player, Geography, he again struggled to create a work that he was satisfied with due to the time pressures involved. “Geography was rushed. I don’t love it,” he says with slight exasperation. “It was rushed because I had a deadline and I just wanted more time.”

Artists are often their own worst critics, and in the case of Geography, it certainly doesn’t feel like something that was rushed out of the door. Instead, it feels more like a bridge between the world of SoundCloud’s producer-cum-musicians and a conventional album. This feeling is further emphasised by the collaborations on the record, including fellow South Londoner Loyle Carner, MC GoldLink and a little-known hip-hop group by the name of De La Soul.

“I think someone at Universal said they had a contact for De La Soul and we sent them the track,” Tom explains of the unexpected team-up. “Pos [Posdnuos, aka Kevin Mercer] said: ‘I’m down,’ so we then sent it to him and he did it! That was a special moment. He recorded it in the US and sent it over, then we met when shooting the video.”

Perhaps unsurprisingly, given his SoundCloud roots, collaboration is a hugely important part of Tom’s process, whether that’s in the studio or on stage. “Having someone’s presence there puts them in mind and makes you think about what they specifically want from the track,” he enthuses.

His forthcoming work with drummer Yussef Dayes is a case in point, allowing him to push his own envelope even further. “I’m really excited by it because it’s like nothing I’ve done before. It has a lot of Radiohead vibes, mainly like In Rainbows, and there’s a trap tune on that record,” Tom elaborates. “I’m letting go of my safety net, so to speak. It also has strings, it’s a lot darker than my previous work! I haven’t thought about it too much, it just feels like the next step. It’s unique, because not many collaborate with a drummer, either. Guitar-wise, I’m delving out into other stuff, there’s more of a rock vibe there.”

When it comes to his choice of instruments, Tom believes there’s only one real option. “I used the American Pro Strat during a gig in Amsterdam, but I’ve always used Fender guitars,” he confirms. “My first choice is a John Mayer signature Strat, which I’ve used for the last seven years. I just see Strats as such expressive guitars, it has a great clean tone but retains that warmth, too. I like having one guitar that does everything.

“At jazz college, I used an Ibanez Artcore, but that didn’t get used on the record. Well, maybe once by accident! I guess this music doesn’t really demand instrument changes. It’s really important that the right gear is used and that’s the key ingredient.”

Misch doesn’t veer too far from the norm when it comes to amplifiers either, mainly using a Blackface Deluxe Reverb, but has been experimenting with more modern approaches of late. “On all my records, I use the Logic Pro 9 plug-in Guitar Pro,” says Tom. “It’s a budget little plug-in with guitar amp sims and that’s kind of become my sound. On tour, I’ve been using a Kemper rack unit, so there’s no amp on stage. I’m thinking of going back to using an amplifier though, it just feels a bit wrong plugging into a computer and then only hearing it through my in-ears!” 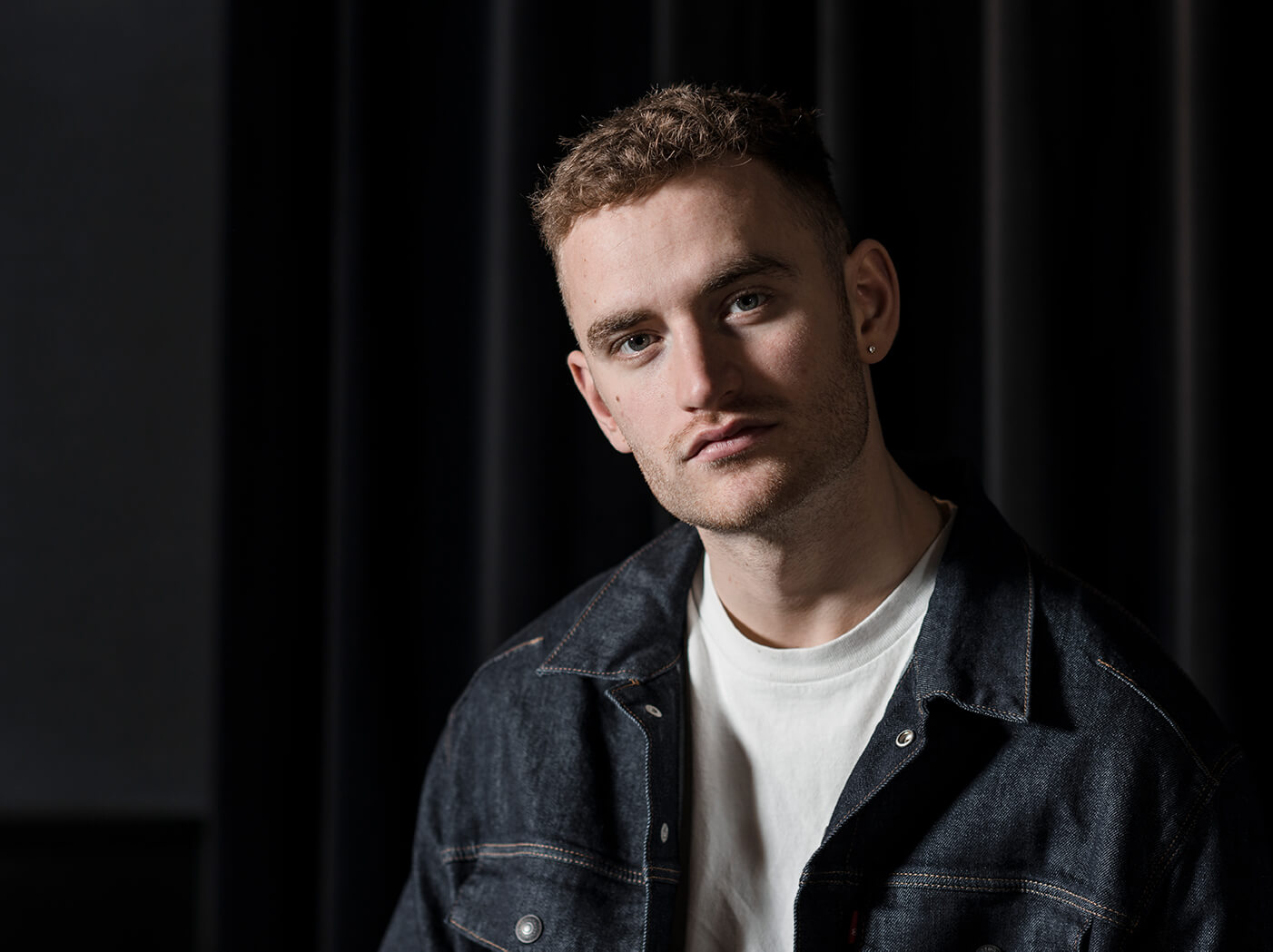 Despite Tom’s rapidly growing success, he doesn’t seem too pleased by the publicity. The initial uptake in interest came as a direct result of the hard work he put in from his East Dulwich bedroom, and he has no plans to change that yet.

“It makes no sense for me to sign to a label when I have my own label, Beyond The Groove, which I service through AWAL [Artists Without A Label – a service that allows independent artists to benefit from marketing, distribution and similar ‘big label’ amenities while maintaining ownership of their music],” he explains.

“I don’t want to be massive, I feel like I’m already pretty big, y’know? When you have loads of money pushed into you as an artist, you’re not big because people like your music, you’re big because you’ve been pushed in front of people.”

When we tell him it’s refreshing to hear a new artist doing everything to maintain his independence, he seems surprised. “It’s better if you can be self-sufficient and the label aren’t taking a big cut, it’s a no brainer. AWAL are a big part of that, and the worst thing would be to be signed and have three more albums that I had to do. This is meant to be my year off!”

Geography by Tom Misch is out now on Beyond The Groove.