The US guitar-slinger picks out his top new tracks from his latest album, Truth And Lies. 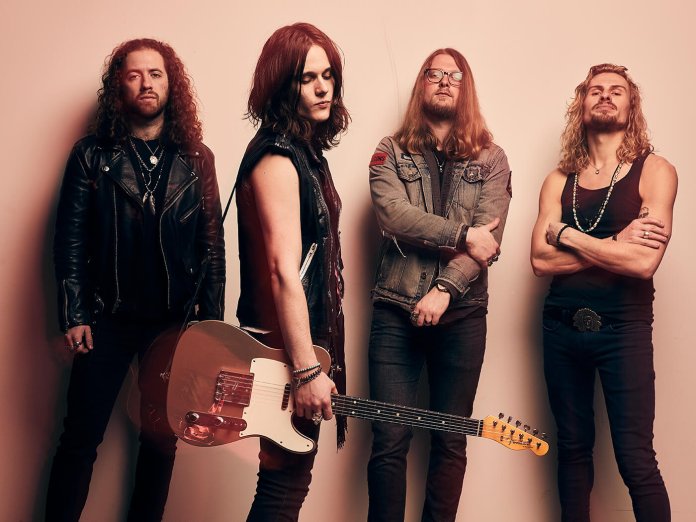 Over the last decade, Tyler Bryant has established a reputation as one of the hottest young guitarists in the US blues-rock scene. His third album with his band, The Shakedown, sees the 28-year-old Texan continue to flex his muscles as a lead player, while showing some developing songwriting chops, too.

We caught up with Tyler to dissect his top guitar tracks from Truth And Lies.

“The riff of this song was inspired by vibes I picked up from studying Billy Gibbons and Junior Kimbrough. I wanted the guitar tone to sound like you shook up some Texan and Mississippi dirt in a jar together and sprinkled it on top of the track. I used a Dallas Arbiter fuzz with my D’Angelico Deluxe DC to cover the TX tones on this one. I overdubbed the chorus with an old Danelectro to add a touch of that Mississippi juke joint magic. I’m very pleased with how it all turned out.”

“This is one of the most vulnerable songs on Truth And Lies. Lyrically, it’s about owning where you are, where you’ve been, and where you’re heading without trying to hide behind anything. I chose to use my Custom Shop ‘59 Telecaster (Mary Dow) for the bones of this one. There’s nowhere to hide when you’re playing a tele. In my opinion, they bring out the truth in just about every guitarist. I wanted that honesty to be heard in every element of this song. In the intro, I love that you can hear the 60s cycle hum of the Princeton Reverb I was using. I’m a sucker for those kinds of natural artifacts. People often try to remove those elements in a lot of modern music, but they are crucial in this song.

“For the solo, I used my H/S Strat, ‘The Judge’. It’s got a tele pickup in the neck and an EVH humbucker in the bridge. I got called for jury duty a couple of years ago and received the guitar right after the last court date. That’s why it’s called, The Judge. It only felt appropriate to drop the gavel with it underneath the lyrics, ‘Don’t judge me for the shape I’m in’.”

“This is what we often refer to as a ‘barn burner’. This song sounds and feels like a classic Shakedown jam to me. I used a Princeton Reverb, a Fender Champ, and a Square Amps radio amp for this one. I drove all three amps to the brink with my Rodenberg TB Drive and my main shell Pink Strat. The tones on this song are just downright rude.”

“Truth And Lies is a pretty relentless album. However, Out There allows the listener a quick moment to catch their breath and recuperate. This is by far one of my favorite moments on the record. I recorded this tune on my 1931 National Duolian resonator. I love that the recording of this song stayed true to how I wrote it. It’s all out in the open. The solo was my Telecaster (Mary Dow) plugged into a ‘63 Princeton with a TB Drive and an Electro-Harmonix Holy Grail reverb. Space and simplicity were key with this song.”

“This was an important track for Truth And Lies. It took on a new life in the studio once the Shakedown got ahold of it. Although Graham (Whitford) and I are total guitar nerds, we wanted the songs to be the main focus on this album. With that said, when a song begs for big guitar solo, we don’t shy away. Graham takes the first solo before the last chorus and it’s one of my favorite moments on the record. He was totally in the zone. I also love how the chords move under the vocal melodies in the chorus.”

“Recording the outro solo on this song was so incredibly therapeutic for me. I can always tell I was playing from the right place when I finish a solo and am dizzy because I stopped breathing. There was no thinking involved and I love when I can escape to that place in music. My biggest hope for this record is that whoever is listening can escape to that same place. Just keep breathing.”

Truth And Lies is out now on Spinefarm Records.