The rising German metallers on writing with computers, virtual amps and embracing the S-type for the first time. 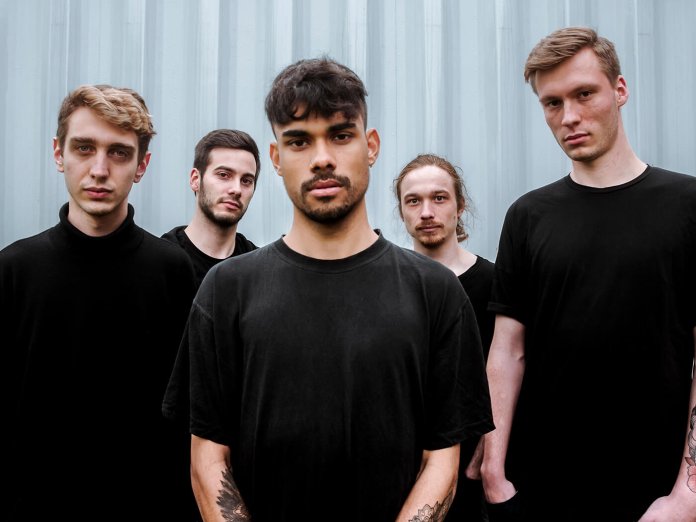 The tech-metal phenomenon continues to gather momentum year upon year, to the point where what was once merely a subgenre of metal is now recognised as a distinct style, standing on its own two feet. One of the latest bands to garner attention and critical acclaim is German-based outfit, Unprocessed. Led by singer/guitarist Manuel Gardner, Unprocessed fuse strong melody with rhythmic and technical bedazzlement, as evidenced in their latest long-player Artificial Void.

We spoke to Manuel about his influences, background, and the band’s high-tech writing process.

Who was your first influence on guitar?

“My first influences on guitar came from classical music. I started playing classical guitar as a six-year-old and got into electric guitar at eight. From that time, I isolated myself and played the music of bands like Iron Maiden and Metallica and soon also started to write my own songs.

“I always wanted to start a band. When playing classical, I started notating my own pieces and showed it to my teacher and detached more and more from covering, to continue work on my own music.”

Did you receive formal music education at a music school, or were you self-taught?

“I visited a classical music school where I focused on acoustic guitar. Afterwards, I had electric-guitar lessons for another two years until I was 14, to then go fully self-taught and combine my influences into my own sound.”

What is the writing process like for Unprocessed? Do you guys write together?

“It mostly starts with a demo and a layout of the song from my side. Then we discuss our visions and add or change up some stuff. There are also songs that have been written on from the base of riffs from our guitarist Christoph [Schultz], or electronic ideas from David [Levy, bass].

“Our songwriting process is very computer-centred and we don’t really jam the stuff out in a rehearsal room. We keep it rather strict and incorporate drums as well as synths from the beginning of the process, so we can really feel the vibe of the music.

Vocals regularly come last in our production process, but that’s something we may approach differently in the future and try to build arrangements around a vocal idea.” 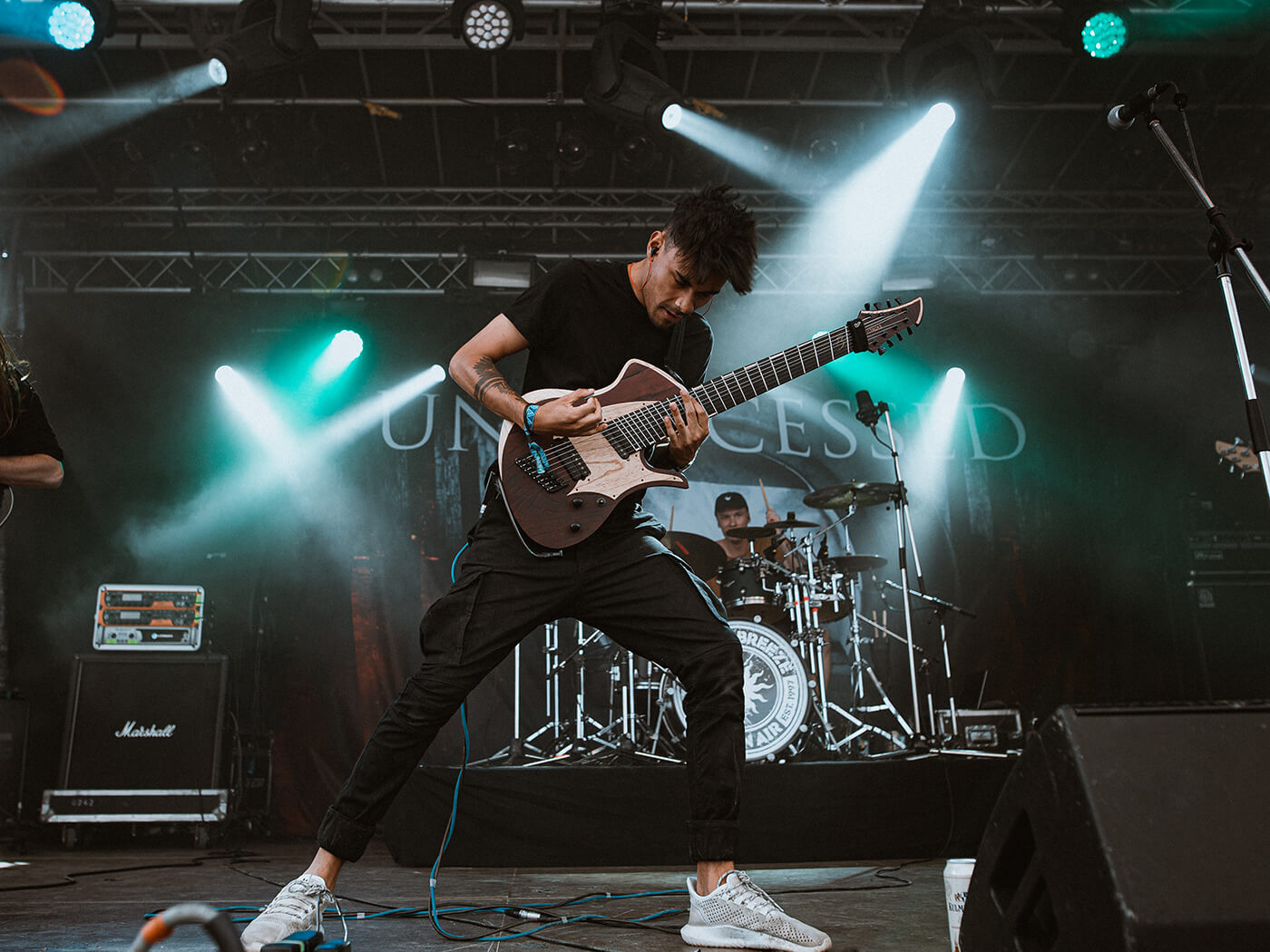 What kind of non-guitar musical influences are you bringing to your music?

“We have many electronic influences from industrial, dark wave or soundtrack music. Often, a synth sequence or samples build the foundation for our songs. As a band, we listen to all kinds of music and love to bring in bits from pop or hip-hop.”

What guitars and amps did you use on Artificial Void?

“All guitars were recorded and processed with Guitar Rig 5. We’ve been using this plug-in from our very first demos and love to use and tweak the clean sounds from that software.

“On Artificial Void, we used S-types for the very first time on a record – to be exact, a green 200-buck Slick! For our song Another Sky, we also used a Mexican Fender to record some parts. For the eight-string songs, we used the [Ibanez] RG8 and put a heavily compressed DI signal in the mix to amplify the percussive strumming sounds.”

Given that you balance some technically treacherous guitar parts with lead vocals, do you have to delegate some of the trickier guitar parts when you’re performing live?

“Definitely. This is one of the main reasons we decided to have a third guitar player in the band! For choruses and verses, I like to focus on my vocals, but still try to play as much guitar as possible.”

A three-guitar line up is still a rarity, even today: do you find it difficult to arrange the music for three guitars? And how are parts usually divided?

“We have many guitar parts in which we play clean melodies on top of distorted riffs, so it only makes sense to keep the power of the actual riff on a high level by playing them in unison, or with a second voice above the main one. We also use one eight-string guitar to octave the two Stratocasters when we play our six-string songs.”

Did the continued rise of bands like Periphery give you hope that your own brand of technical metal would eventually yield success?

“Periphery are definitely a great example of successful entrepreneurship and show that you can open up a variety of opportunities to grow a brand. Stuff like guitar tabs, presets, or even their own plug-ins and signature hardware allow them to focus on the things that directly surround their passion.

“In times where record profits have decreased drastically, their approach is something outstandingly cool. This definitely inspires us to work hard as a band and also as individual musicians!”

Any plans to tour and perform material from the new album?

“Besides a couple of German shows, we will play a tour with Heart Of A Coward in UK this November and have a Japan run lined up in early 2020. Also, we are working hard to bring our show to many more territories in the near future…”

“You’ve got to take it easy,” onlooker tells brawlers at Eagles concert fighting during Take It Easy