Whiskey Myers get down to brass tacks on seminal new record, Tornillo

Embracing horn sections and Motown grooves, the Americana band reveal new depths to their songwriting ability and guitar work on their sixth offering. 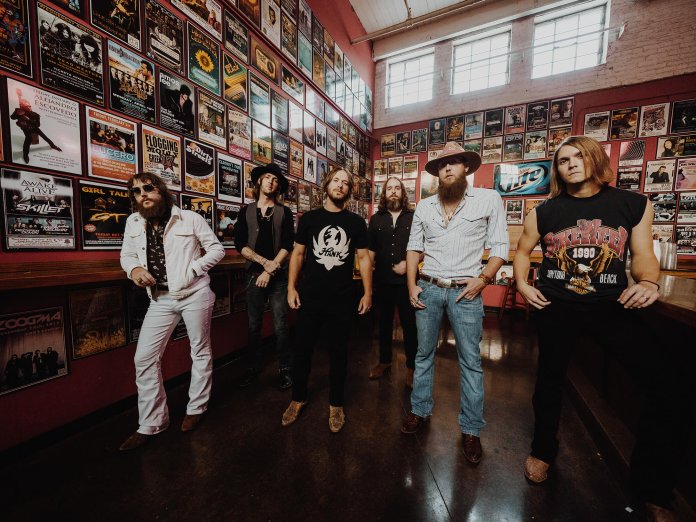 Following the success of their self-titled LP – which debuted at number one on both the US country and americana/folk charts and at number six on the Billboard 200 – Texan sextet Whiskey Myers chose decamp to a town on the US/Mexico border for three weeks to record their sixth album. Situated at the 2,300-acre Sonic Ranch, the band found time to revisit old inspirations such as Stevie Wonder and Motown, resulting in a newfound penchant for heavy grooves and the addition of a horn section for the first time.

Finding solace through their songwriting, John Jeffers and Cody Tate fed off each other throughout the recording process, whether that was by taming an unruly vintage Vox wah or using the in-house Martin D28 as the perfect instrument for a song that details a difficult time in Jeffers life, where he fractured his skull before the birth of his son. All of these unite to create Whiskey Myers most daring and buoyant album in years.

Below, John Jeffers and Cody Tate dissect their favourite guitar parts on Tornillo.

John Jeffers: “Having a favorite is too hard of a thing. But one immediate standout of mine on this record is my lead guitar that’s about halfway into the song John Wayne. It breaks down with drums and the horn section, into a harmonica with harmonies and then into my lead guitar track. If that whole section doesn’t make your head bob something’s wrong with ya. I believe I used my go to guitar, a ’94 Les Paul Standard. She was the first guitar I ever had and she’s my baby. Cody Tate’s uncle gave that guitar to me when we were just starting the band and I immediately fell in love. He passed away some years after that. I’m forever grateful for those brief moments we spent together and the special gift that I’ve cherished since then. All of my guitar work generally stayed plugged into an original 60’s Vox.”

Cody Tate: “[I love the] last lead line in John Wayne. I put a little Superstition lick in at the beginning to pay homage to Stevie Wonder. I’ve always loved that song and it just felt right to do it there. It’s definitely one of my favorite parts of mine on the album.” 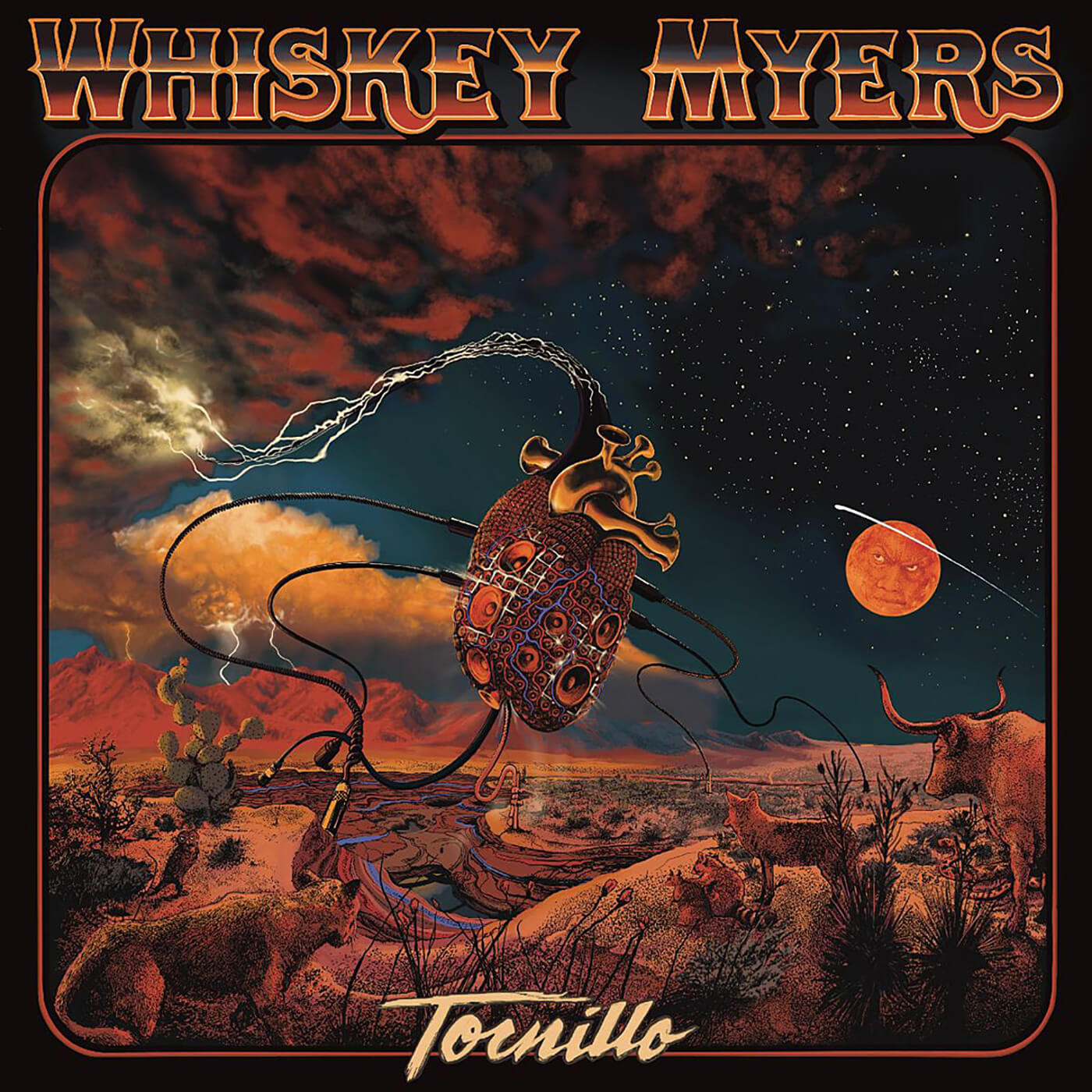 John: “Bad Medicine is just a fun song. It was a blast to record for all of us. My lead starts about 3:30 or so. I decided to stay a little choppy during this lead and let the music stand out between. Halfway in I kick on the wah and start to dig in a bit. An old vintage Vox wah that was hard to tame! An apparent attitude problem from our first greeting but we managed to like each other by the end.”

Cody: “All of Bad Medicine! Especially the intro. I’ve been wanting to get something like that on an album my whole life. During the outro, John and I played live at the same time facing each other in the same room. Always fun to feed off of each other whenever we can.” 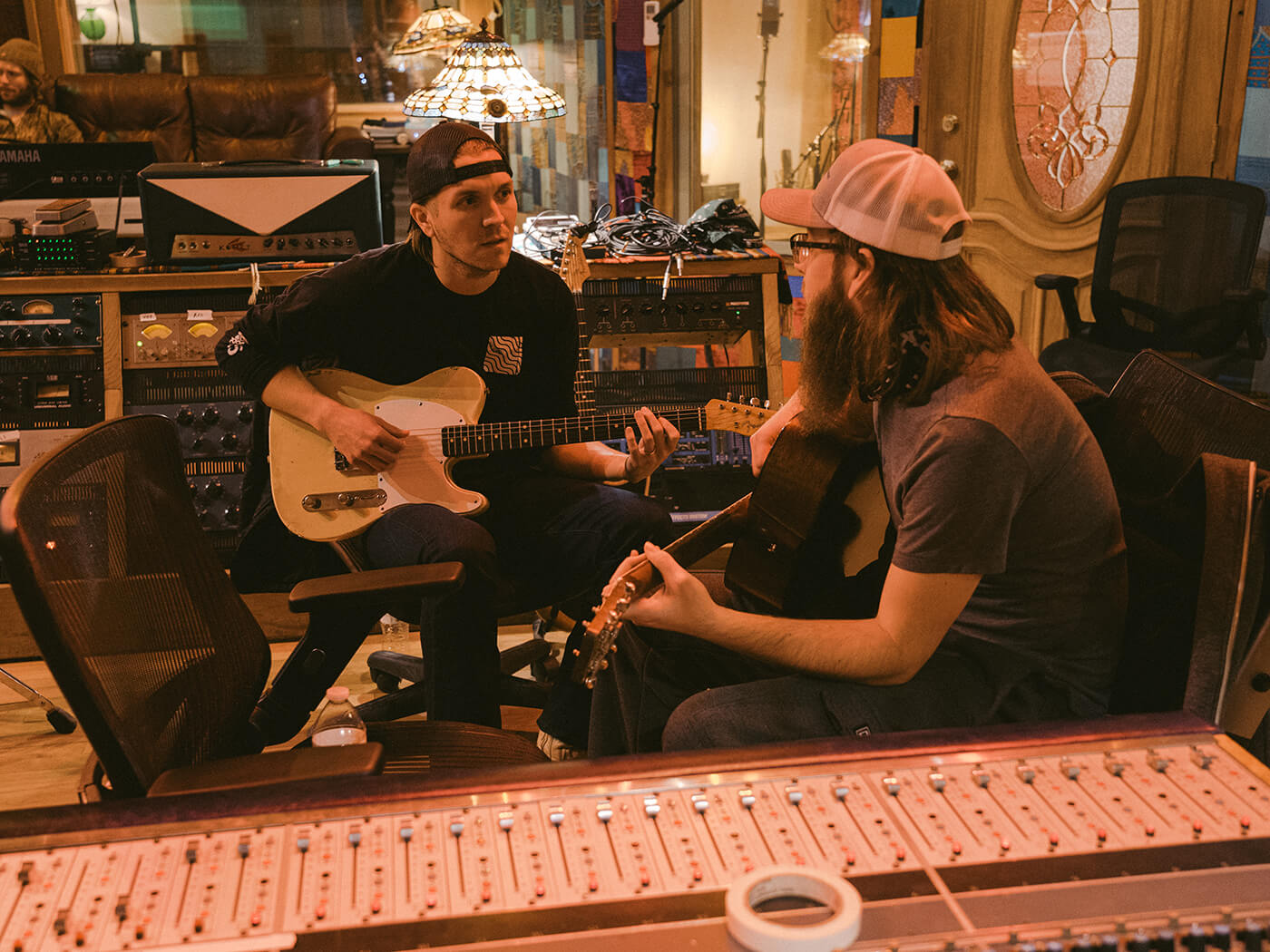 John: “Heavy On Me was a special one for me that I had written. It had to do a lot with myself, my family, God, and what all we had going on at the time. I had a pretty scary wreck that fractured my skull, we were pregnant and about to have my son Jag. Moving into a new makeshift home. A lot was going on at the time. I always prayed to take any pain or suffering off of people and give it to me because I could handle it, as the song explains. Anyway, our engineer had a badass 1970 Martin D28 acoustic that I used on this one for rhythm that just sounded phenomenal. The feeling in that guitar matched up with the feeling of the song. The background girls still blow me away when I listen to this one.”

Cody: “The intro to Heavy On Me; I’ve had that part for years and never really knew what to do with it until I heard this song. John wrote an amazing song and I kept hearing that part before it. I’m honored it was able to find a home on this track.”

John: “This is another one of those songs that’s just flat out fun. I used a 1961 Gibson SG that I’ve used on a couple of records now. The tone that can come out of this guitar is ridiculous. Plus it has a nice cut to it that paired well with my slide guitar on here. That was the first rhythmic lick I had come up with for the tune that had the same older feel we were going for. It sounded so familiar yet still original. All played through the ol’ Vox, of course!”

Cody: “Feets is a type of song that pays tribute in a way to Lynyrd Skynyrd, and I tried to encompass that in both of my parts, especially in the lead. I’ve been a fan of the way all the guitar players of Skynyrd play lead melodies and I did the best I could to put a little of each in this part.”