How Wolf Parade have found their feet as a modern trio

The Montreal indie-rockers on the evolution the band has undergone since they reformed in 2016, working out a much-changed music industry, and embracing their limitations on new LP, Thin Mind. 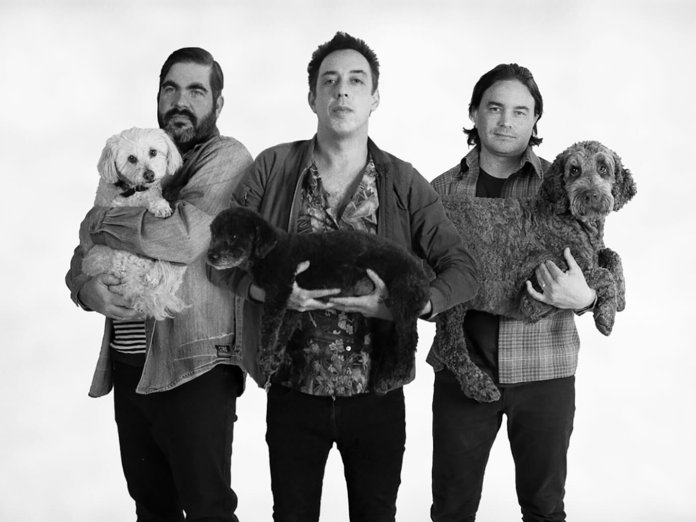 In music, disposable is the new normal. Our tastes have never been more easily manipulated by streaming algorithms and cod curation, and our allegiances to fresh-faced favourites have rarely been so fleeting. It’s an environment that makes a cult band like Wolf Parade feel all the more like a throwback.

Their latest record, Thin Mind, refuses to entertain a retreat into cosy nostalgia, though. It is a prescient piece of work, one that eyeballs the fidgety, perma-online emptiness that so many of us have quietly swallowed alongside the erosion of our attention spans.

When Wolf Parade entered a hiatus in 2011, burnt out and emotionally exhausted after a buzzy rise from the Montreal indie scene and the quick-fire release of three LPs on Sub Pop, the world was very different. They were a band who had benefited from the internet in their early days, but they were not an internet band in a modern sense.

“I’ve tried to evolve with that,” guitarist Dan Boeckner admits. “The landscape has changed so much in the last five years, even since we started talking about reforming. Things are very different, and it’s definitely shifted online, which I think is something Wolf Parade benefited from at its inception.

Thank you Seattle and the wonderful folks @kexp for having us come down and play some tunes! What a beauty evening for a show! Thanks to @jocktears and @dumb_41 for playing with us! ✌️?❤️(?:@softfrost)

“There was a nascent online journalism community sort of centred around Pitchfork, and it was really exciting and beneficial for a lot of young artists, especially working-class artists who maybe didn’t have access to the kind of capital to put them on the road without making any money. As the years went by those outlets became increasingly irrelevant, they pivoted to pop music and then you just had this glut of content.”

Thin Mind must find space to breathe amid that onslaught of new music. It’s Wolf Parade’s second since emerging from hibernation, following 2016’s Cry Cry Cry, and its solution is to further investigate elements of the band’s sound that helped them become a going concern in the first place: the sparring between Boeckner’s guitar and co-vocalist Spencer Krug’s keys, pop-literate arrangements and quizzical lyrical motifs.

“One beneficial thing about all this over-saturation is that really strong sort of micro-communities of musicians or genres have more space,” Boeckner says. “You’re able to find your fans, and band around that. You don’t necessarily have to deal with the machinery of music PR or a big record label or playing ball with certain types of press outlets.”

Boeckner also credits the years he and Krug spent away from Wolf Parade as crucial to the band’s ongoing potency. He describes the modern three-piece line up (guitarist Dante DeCaro left early in 2019) as quick on their feet in a creative sense, with added miles on the clock thanks to side gigs like Krug’s solo venture Moonface and Boeckner’s bands Divine Fits, with Spoon’s Britt Daniel, and Operators.

“Spencer and I both improved technically during the hiatus, just from doing different projects,” Boeckner says. “Spencer focused on playing piano and with me, it was getting into writing everything almost entirely on keyboards. I think that really helped when we got back together. We both became independently more professional as musicians. It was easier.”

Throughout Thin Mind, which was recorded with Cry Cry Cry producer John Goodmanson at Risque Disque on Vancouver Island, Boeckner’s guitar is hard to pin down. It pinballs between clean, surf-style leads on Under Glass, slashing distortion on Wandering Son and washes of hyper-manipulated melody on Town Square, with Krug’s keys snaking between each movement and drummer Arlen Thompson gamely holding the whole thing together.

Rarely has the interplay between Boeckner and Krug been more keenly balanced, thanks in part to the deliberate, isolated spacing of lead lines.

“We talk about that balance,” Boeckner confirms. “I think that’s maybe the defining musical aspect of Wolf Parade. When we started the band, it sounds stupid, it sounds very simple, but we did not have a bass guitar.

“We had a [Roland] Jupiter 4, an electric guitar, and a drum kit. To create something that was sonically full, Spencer and I had to trade off being low end, mid or high, sometimes verse by verse. That’s a musical language that we’ve kept developing and working out between each other. That’s my favourite part of the band, figuring out how to fill that space.”

Breaking out the baritone, aka the “Eeyore” of instruments. #WPLP5

On Thin Mind, Boeckner largely split his time between a Music Man St Vincent, his Lincoln Gin, an old Danelectro baritone model and a 12-string electric they DI-ed straight into the board. In harness with Goodmanson, he was meticulous in ensuring that each time his guitar spoke it had something worthwhile to add to the conversation.

“It was just making sure that I wasn’t stepping on anything Spencer was doing, and vice versa,” he says. “John and I went song by song and decided that each section of guitar should have its own character. Each movement, each lead, should be slightly different. Arlen produced the Operators record [2019’s Radiant Dawn] and one technique that he and I brought to this was to basically set up an effects bus of guitar pedals on a table.

“We’d record a basic line or basic chord structure, play it back and play the effects live. We’d record the wet effects track, and do that trial and error over and over again until something magic happened. Nine times out of 10 it would sound like garbage, and then one time it would be something special that’s maybe not recreatable, but there’s something exciting there.”

Pedal-wise Boeckner is a big fan of EarthQuaker Devices, with their Disaster Transport getting a decent workout on Thin Mind, but it’s his Fairfield Circuitry Shallow Water that he feels made the biggest impact on the LP’s sound. It pops up on almost every track and, again reinforcing that Wolf Parade give and take, was employed to play off Krug’s shift towards FM digital synth sounds redolent of mid-period Depeche Mode. 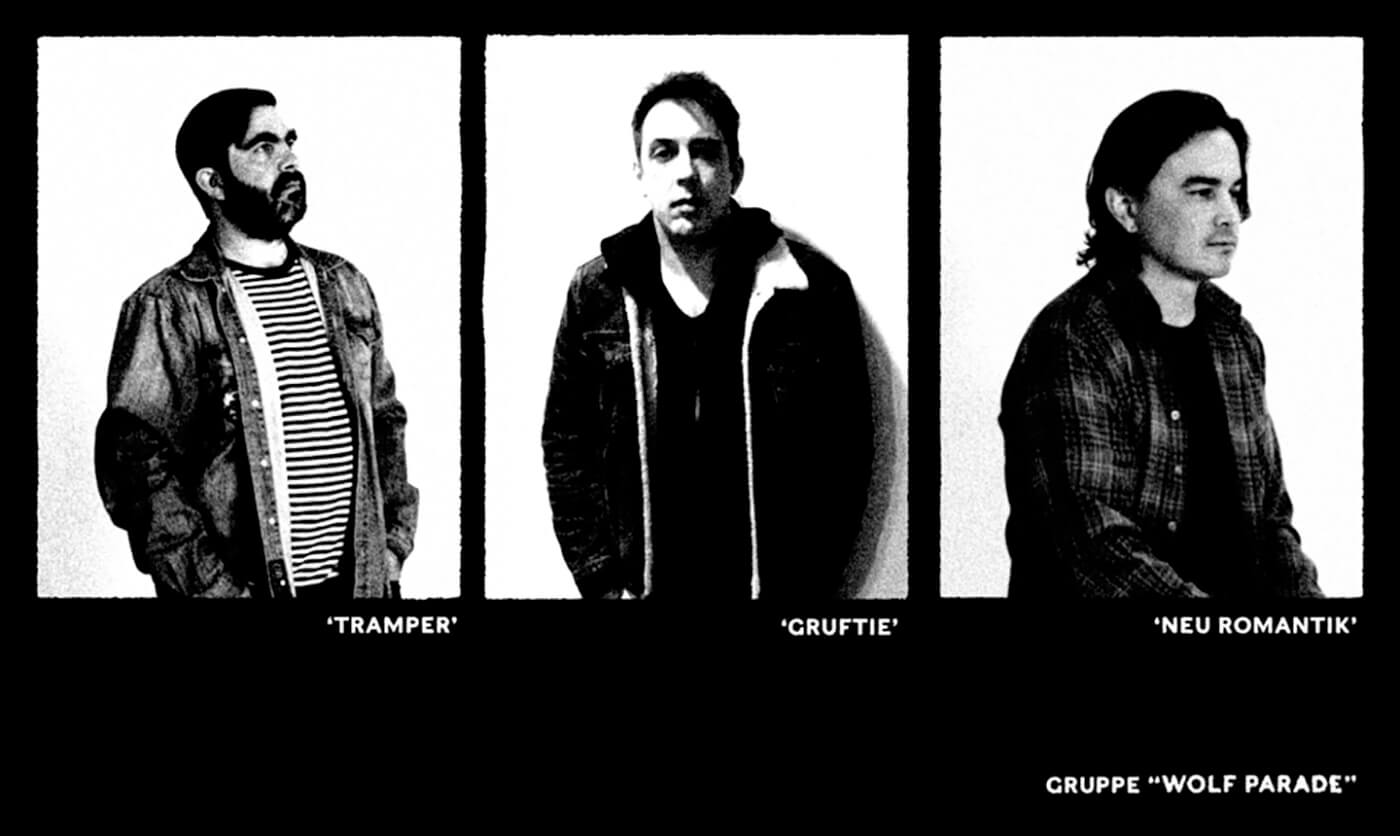 “It’s an aluminium-looking, military-looking box that has a sample and hold circuit in it and a low pass gate, kind of like you’d find on a Buchla synth,” he says. “It’s very reactive to dynamic playing. Essentially it samples and holds pitch, and you can dial in depth and speed. It’s completely random⁠ – you can get tones from a nice chorus to absolute VHS tape disintegration. It gives a shifting quality to the guitar that I really like.”

Almost two decades since their emergence, Wolf Parade are still finding exciting ways to deconstruct the essentials of their sound. With the sands of modern music shifting around them, they’re happy trying to understand how they function in their own little corner of the world. “We accidentally put ourselves in a good position,” Boeckner says.

“After the first album came out we were at a crossroads⁠ – we could have upped the production values and focused on what we perceived people liked. That happens with a lot of bands, and nine times out of 10 it’s a total misstep. If we had become more of a band in the pop sphere I think it would have bitten us in the ass come reunion time. Being able to build a cult fanbase is preferable to shooting up and disappearing.”

Wolf Parade’s Thin Mind is out on now on Sub Pop.