Zach Broyles, the man behind the Mythos, on converting $1,000 into a boutique-effects brand

How Tennessean effects builder Zach Broyles took $1,000 and a passion for classic guitar tones and turned his hobby into one of the world’s hottest boutique pedal brands. 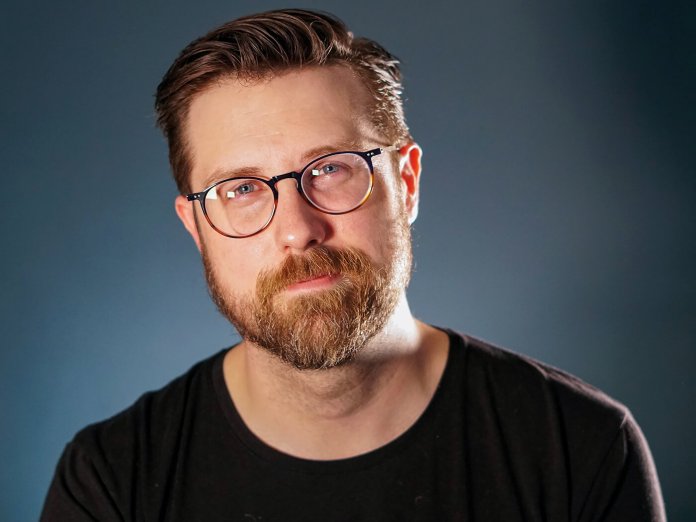 “Apart from my sister taking piano lessons as a child, my only interaction with a musical instrument was playing trombone in the school concert and marching band. I’d always wanted to learn how to play guitar so for my 15th birthday, my folks bought me my first guitar, a Peavey Raptor! Guitar has always been a slight struggle for me – my left wrist was broken as a small child and never healed properly. I can only turn my fretting hand halfway over, but I love playing, so I’ve just tried my best to adapt and overcome.”

When did you first start building or tinkering with effects?

“I bought Brian Wampler’s How To Modify Guitar Effects book in the early 2000s and I was off to the races. I began just messing with stuff for myself, mod a pedal to see what I could get it to do, sell it on eBay and maybe make enough extra to get a little nicer pedal to mod and do it over and over again. After doing that for some time, I eventually built some pedals for myself, then friends, then some local stores – and now here we are.”

What was the moment you realised that you had a viable business on your hands?

“I started messing around with Mythos in 2010, but didn’t take it seriously until a few years later. After gifting Rob Chapman and Joey Landreth some pedals, I started getting reached out to more and more, so I knew I was onto something. My girlfriend (now wife) pushed me to really try to make this a real ‘thing’ and after giving it a real honest try, the pedals started selling and the feedback kept coming back positive. Around 2016, everything finally starting to click and leave the realm of a hobby.” 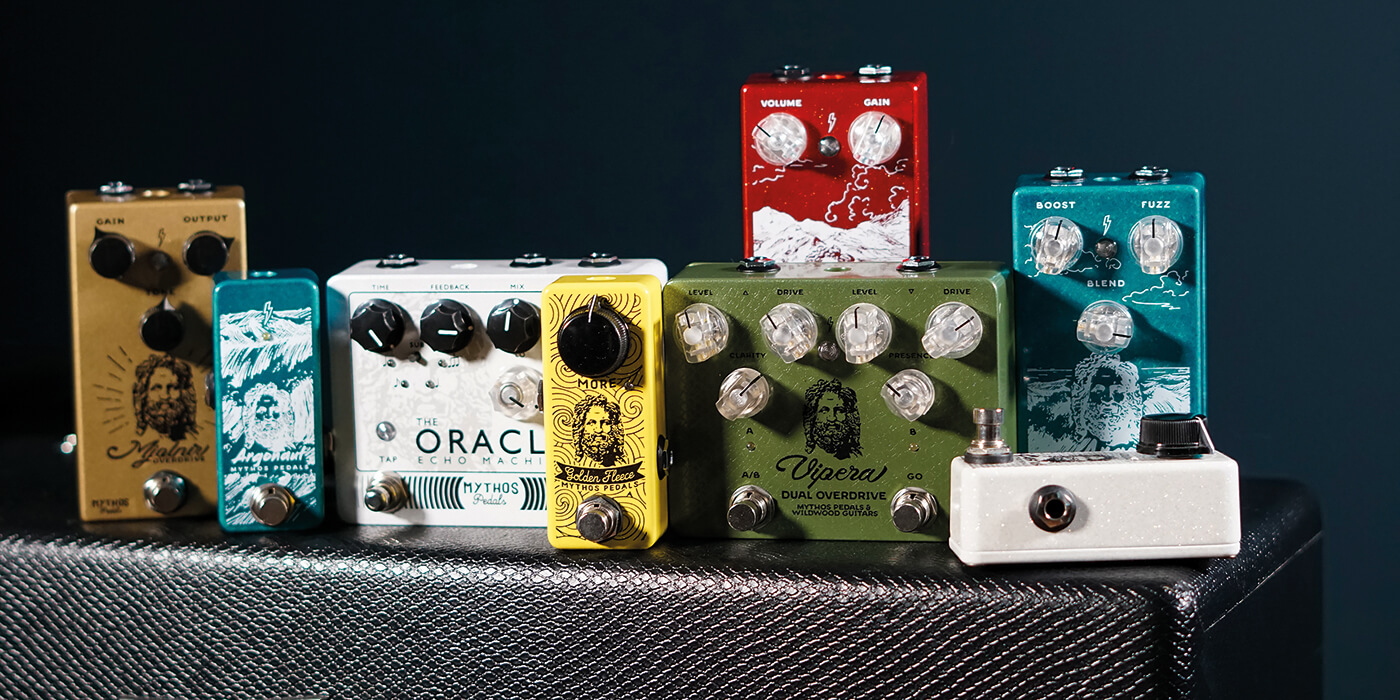 Did you have any investors to help you establish yourself?

“When I decided to give it an honest shot, I went to the bank and opened another account just for Mythos and put $1,000 in it. I told myself if I can make this work from this $1,000, then I’ll keep going – if I run out of money it wasn’t meant to be. We’re still here!”

“I go through phases where I want to change things up and people tell me I shouldn’t. I like the look and vibe we have and want to keep working on it to make it stand out in a very crowded market. I think I’m the kind of person that will never leave well enough alone, even if people say it’s good as is.”

“I think our Golden Fleece is our best-selling pedal and it came about when a friend of mine had this obscure fuzz box he wanted a back up of. I reversed the schematic and built a clone. That has evolved into this mini fuzz pedal that I’ve continually tried to improve and make the best little one-knob fuzz on the market. It’s a pedal that ‘lives in your guitar’ and you have to play just like a cranked amp relying on your volume controls and touch. I love it and I think players do, too.” 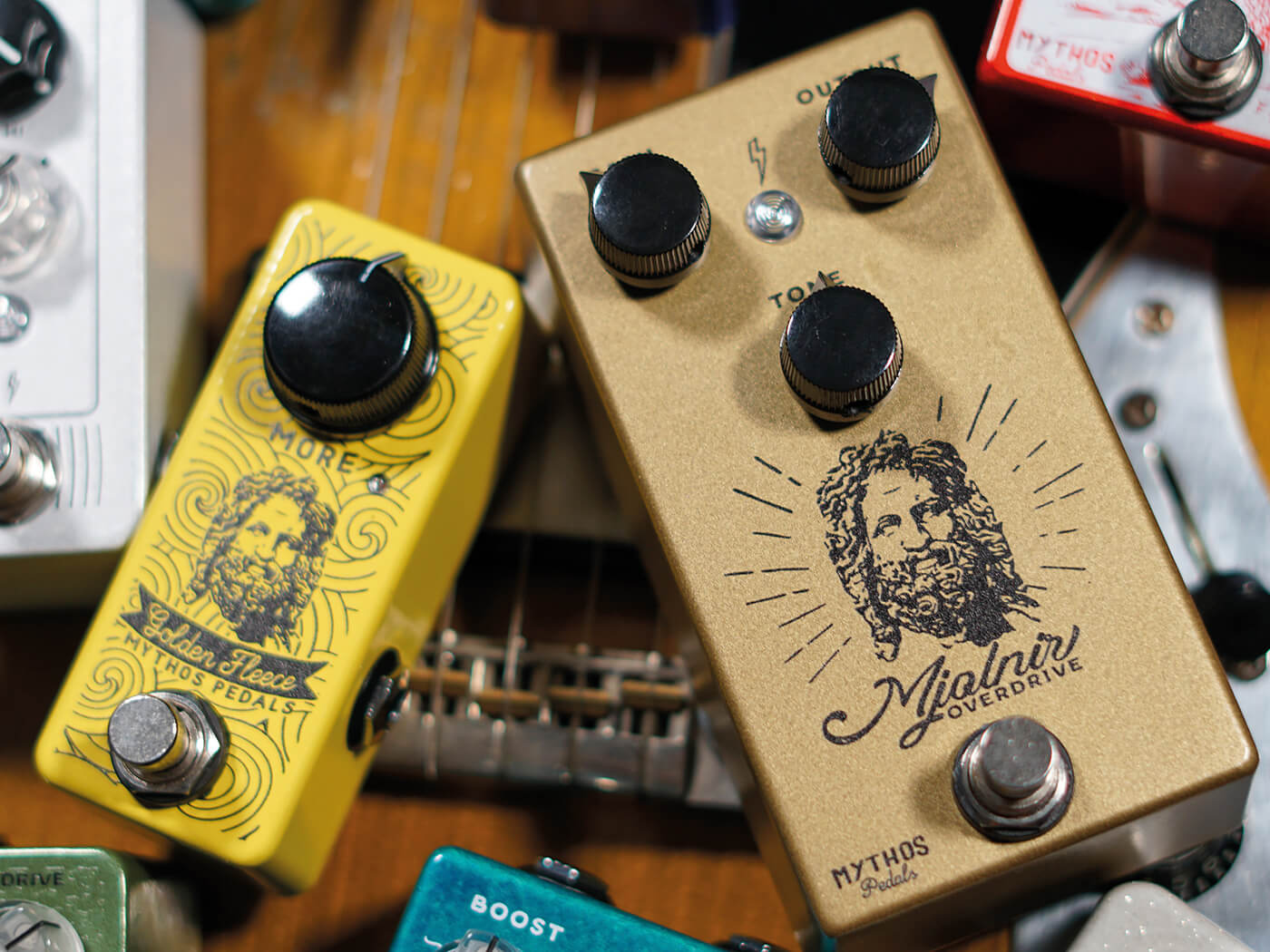 “I left all my other jobs in late 2017, but in September of 2018, my wife was able to leave her job. I finally felt like I had reached a point of being able to provide for myself, my wife, and our son. I’ve met a lot of cool people doing Mythos, seen my pedals on boards all over the world… but knowing that the work I do – creating little metal boxes that people step on – was enough to allow me to take care of the people that matter most in my life, that’s really special.”

What do you think are the biggest challenges and opportunities for the guitar industry today?

“Just staying in the conversation. There is so much gear – and to be fair, most things are really good. When was the last time you played something that was horrible? So staying relevant and being a brand people recognise is pretty pivotal for us. I think the biggest opportunities are via social media, connecting with more people on a personal level creates more than just another potential sale. That’s been a big focus for us and moving forward it’s only going to become more important.”

“We’re launching the Oracle Echo Machine delay very soon, which is super exciting. We’ve had great success making a DIY kit and hope to do more of those. And lastly, we have some collaborations we’re working on with really great players that should be fun. I don’t have any plans to slow down and sometimes I think I do too much… but I love this stuff, so we’re just going to keep on keeping on.”