As their second album looks set to catapult them into the mainstream, we talk to guitarist Alex Luciano about finding the right balance, “excessive” numbers of guitars, and why she’s thriving… thanks for asking.

Rock critics like to wax lyrical about form mirroring meaning, but it’s a trope that usually requires a bit of creative scaffolding. Every so often, though, an album dances into view that fits the bill so perfectly it joins the dots all on its own.

That’s precisely the case with Diet Cig’s second full-length Do You Wonder About Me?, which adds fresh instrumental textures to their grunge-pop blueprints while detailing personal development and the realisation that our former selves will always have a role to play in our future.

“To grow from a past version of yourself, you don’t all of a sudden stop growing,” guitarist Alex Luciano says. “It never ends. It’s about accepting that this is going to be a lifelong journey. It’s like, ‘Okay, I’m putting in the work now, but I’m always going to be putting in the work.’ That’s a little scary, but also comforting, to know that you don’t have to be perfect. All the versions of yourself are relevant and important.”

“To grow from a past version of yourself, you don’t all of a sudden stop growing. It never ends”

Diet Cig, a two-piece completed by drummer Noah Bowman, burst onto the scene with their debut LP Swear I’m Good At This in 2017, pairing sugary melodies and fuzzy distortion with a reputation as an explosive, high-kicking live band. They toured relentlessly, clocking countless miles as their self-styled ‘slop pop’ wormed its way into the hearts of listeners thanks to its hook-heavy approach and bracing honesty, before hitting a wall.

“We had been touring so much, and we got to a point where we didn’t want to do any more until we had new songs to play,” Luciano says. “On our last record, we spent a lot of time writing in-between tours, while on the road, really chaotically. This time we decided, ‘Let’s take some time off.’” 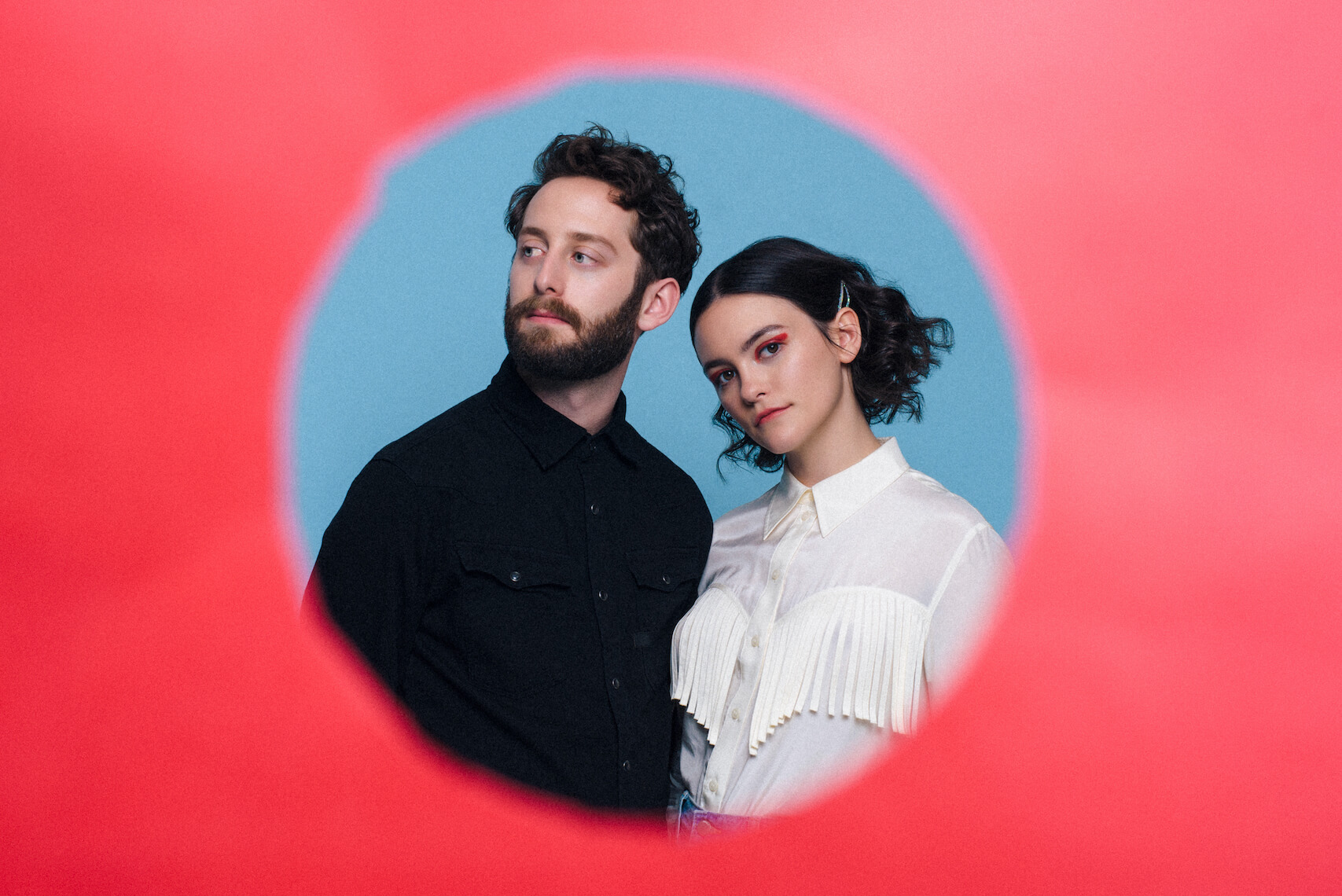 Where the heart is

Luciano and Bowman retreated to their adoptive home city of Richmond, Virginia – they originally formed in New Paltz, a college town around 80 miles north of New York City – to work on Do You Wonder About Me?, permitting themselves to create without the pressure of live work looming over them. “It really allowed us to take a step back and figure out what songs we wanted to write,” Luciano adds.

“It allowed us to play with sounds and instruments in the studio that I don’t think we would have if we had been touring while we were writing. We didn’t limit ourselves to what we could do live. We added synths, extra guitar parts.”

Once they finally get back in the van Diet Cig will begin touring as a four-piece, thanks to the addition of a bassist and synth player, and that feels like a good call. Do You Wonder About Me? isn’t shy in showcasing its new moves, situating secondary guitar lines and keyboard flourishes prominently in the mix.

“We didn’t limit ourselves to what we could do live. We added synths, extra guitar parts”

The album was tracked with Kyle Pulley and Hop Along’s Joe Reinhart at their Philadelphia studio Headroom, a bustling indie-rock hub that’s previously hosted Modern Baseball, Joyce Manor and many others, before vocals and overdubs took place back in New Paltz at Salvation Recording with returning producer Chris Daly.

“We decided to go to Philly because we just love so many of the albums that have come out of that studio,” Luciano says. “Kyle and Joe are guitar wizards, they’ve gotten such amazing sounds. Chris produced and engineered it with us. It was really nice to have that new perspective from the folks at Headroom, but also that comfort and understanding that we have with Chris. There’s this language we’ve cultivated.” 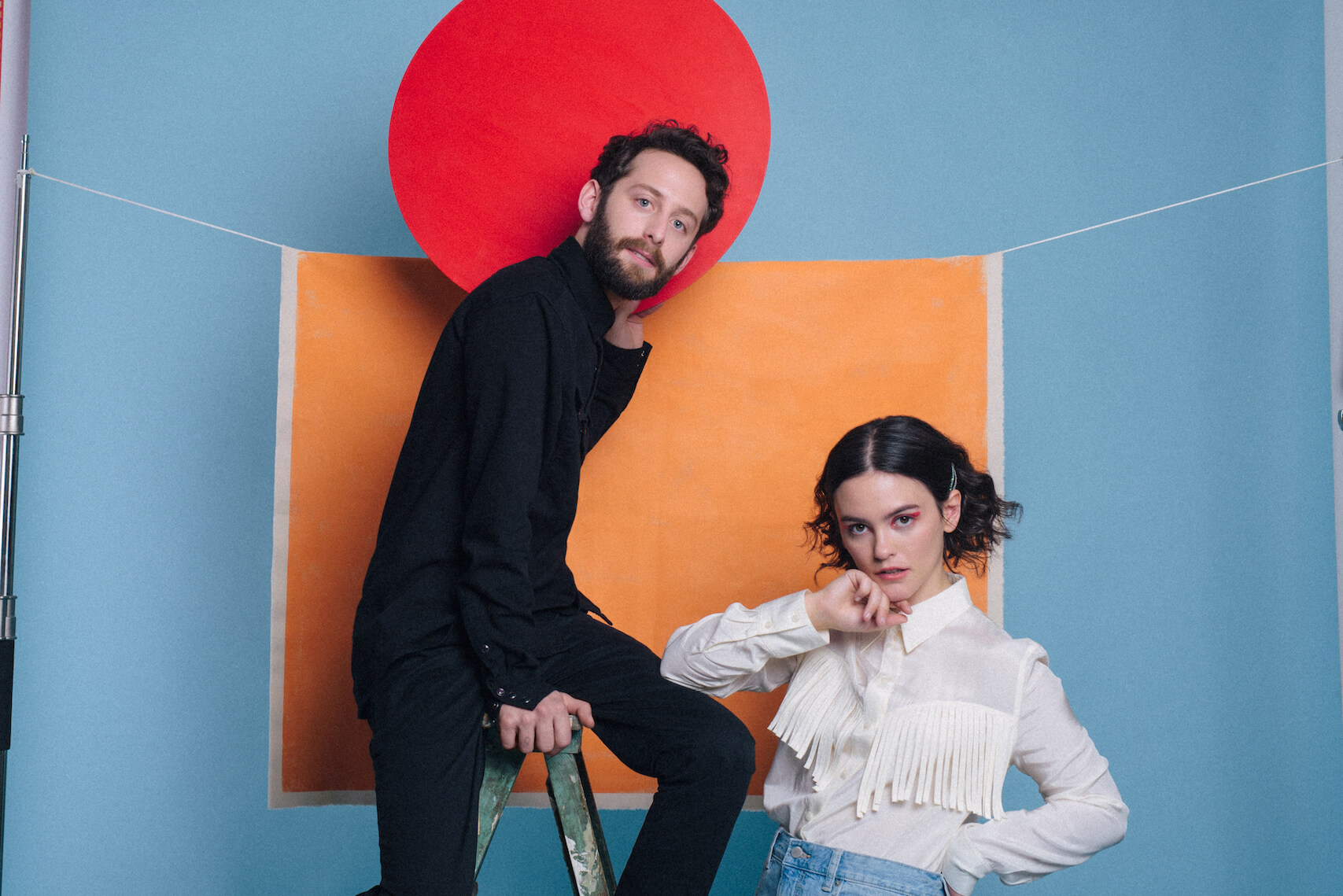 Luciano’s approach to guitars is resolutely song-based and geared towards finding a sense of stability between her voice and Bowman’s playing, which is naturally highlighted by the band’s duo dynamic. “I feel like a lot of the time guitars come second and almost exist to complement the vocal melody,” she says. “I often end up writing vocal melodies and rhythms based off of Noah’s drumming, and we have those filling in the guitar parts when they’re needed.”

Gear-wise, Diet Cig’s approach is similarly utilitarian, and a lot of fun. The cast list on Do You Wonder About Me? combines Luciano and Daly’s collections with several notable guest appearances. “We brought so many guitars, kind of an excessive amount,” Luciano says. “I have this knock-off Gibson L6-S, I think it’s an Ibanez lawsuit guitar. It’s worth $100 and is trash, but it sounds so good. We played that a lot, and our friend Jamal Ruhe, who actually mastered the record, has this Hamer Les Paul Special.

“It’s the heaviest guitar, weight-wise, ever. That’s how we got a lot of our super thick, chunky sounds, like on Broken Body. The last one that we played a lot, which we’ve played on all our records, is a Danelectro Convertible. It’s made of Formica or something, and it’s another one of those guitars that should be trash, but is so cool and has such a special tone.”

“I have this knock-off Gibson L6-S, I think it’s an Ibanez lawsuit guitar. It’s worth $100 and is trash, but it sounds so good”

Luciano and Bowman are both magpies when it comes to retrofitting their gear, and that extended to working with Reverend on a custom model that was in heavy rotation on Do You Wonder About Me?. “My first guitar that I played in Diet Cig was a modded Tele,” Luciano recalls. “Noah had taken a Strat neck and put it on, he threw a humbucker in there. We’ve modded lots of guitars, but usually just like switching out pickups.

“What was really exciting about getting the Reverend guitar was that we’d talked to Ken [Haas] about our love for throwing together mismatched pieces to make the perfect guitar, and that’s kind of what he did. He took the existing Reverend Warhawk and took out a bunch of the pickups, through a single neck humbucker. We kind of got to build this guitar with him how we had before.” 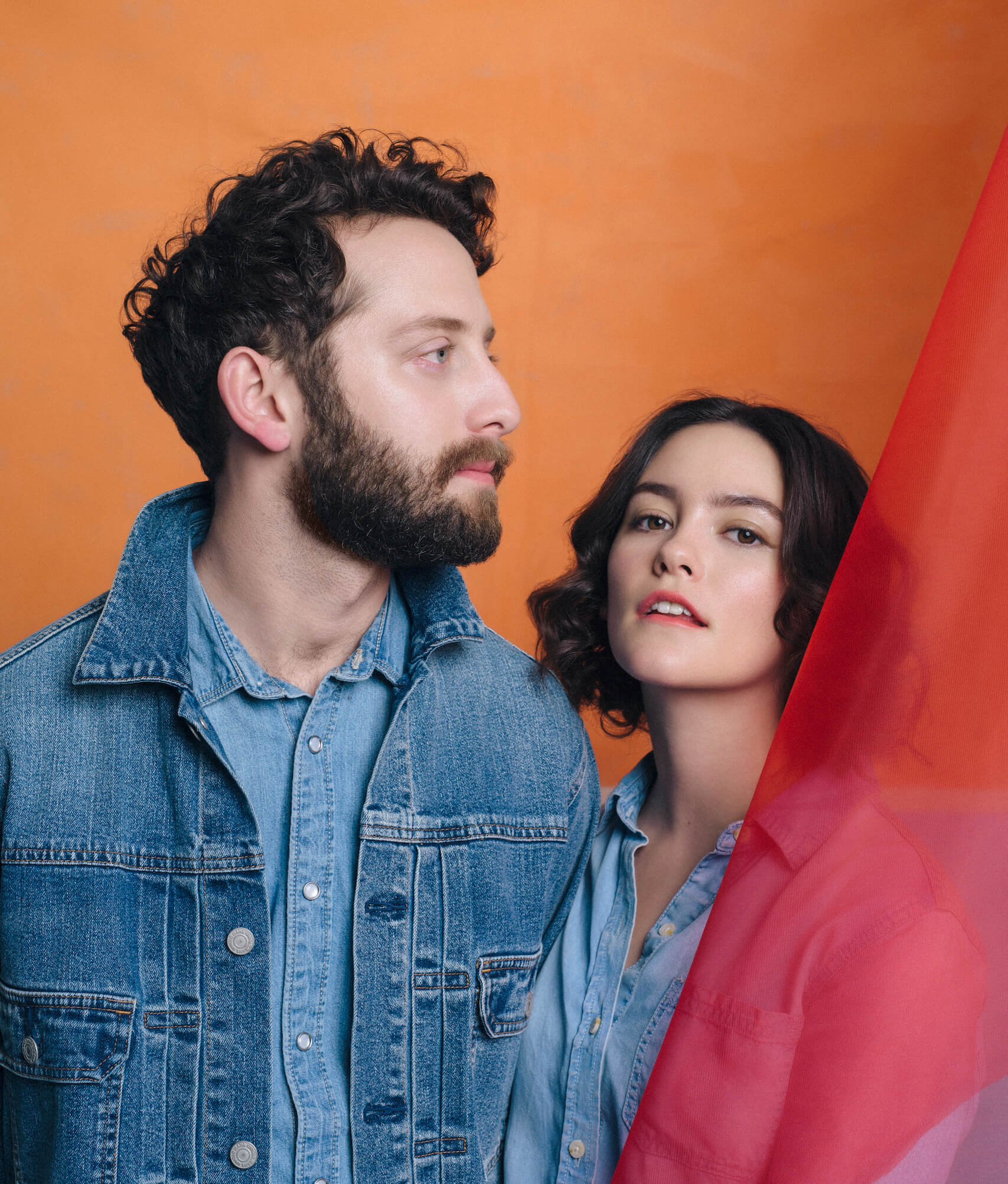 This nuts and bolts approach extends to Diet Cig’s overall sound. When you’re touring as a two-piece there’s nowhere to hide, and Luciano and Bowman took that idea to heart. Throughout much of their tenure, Luciano has played multiple amps chained together on stage, endeavouring to make a balanced racket. That will change in their four-piece configuration, and it’s a shift that’s creating a little bit of anxiety. “We’ve kind of toned down the amps a little bit,” Luciano says. “Currently, I’m planning on taking only one amp on the road, which feels a little crazy.

“I’ve been playing with so many for so long. Any time we play as a two-piece I’ll do at least two amps on stage, sometimes three, just to get that low, middle and high range. A lot of the time people are like, ‘Why do you have so many amps? The front of house engineer can mix you out any way you like.’ And it’s like, ‘Yeah, but I want it to sound good coming out of the amps first.’

“I’ve had so many different combinations, but my main ones that I play consistently are a Fender Bassman 100, and a Dual Showman, which has like a 2×15 cab. It’s so big. That’s the amp our bass player is playing. We’ll have the same amps, but more instruments going into them.”

The kicker in Luciano’s setup is a pedal chain that prioritises getting the job done. The band’s music thrives on a classic loud/quiet dynamic, with moments of calm boisterously answered by slabs of scuzzy noise, and that isn’t about to change. “I have a couple of holy grail items that I really swear by,” she says. “I have this old Tube Screamer that Chris modded. I have the overdrive and the tone turned way down on it, but it kind of acts as a compressor, something that makes my clean tone sound a little more pulled together.

It’s okay to oscillate between confidence and the self-conscious part that’s hoping people are watching you.

“I have two other pedals that I love, firstly a Diamond Halo Chorus. I use it when I’m ringing out or any time I want a nice shimmery tone. And then the one I probably use the most is a Full-Drive 3 from Fulltone. I had started playing with a Fulltone OCD as my overdrive, but this one is kind of like the step up. It’s got the drive, but it also has the boost and it’s just a little wider. It’s still a pretty rockin’ overdrive with a lot of crunch. That’s pretty much it.”

The answer to the question Do You Wonder About Me? arrives only seconds into the album, when Luciano sings: “I’m thriving, thanks for asking.” It’s hard not to zoom out and see that as Diet Cig’s current state – self-aware but psyched about their achievements – in a nutshell. “It’s like two versions of you can exist simultaneously – to be thriving, and to feel independent, but also wondering, ‘Are the people who I don’t like noticing me?’ It’s okay to not be this perfect, not petty person. It’s okay to oscillate between confidence and the self-conscious part that’s hoping people are watching you. I think they go hand in hand.”

Diet Cig’s Do You Wonder About Me? is out now on Frenchkiss Records.