“I wish I were the type of person who could sell a guitar”: Jamey Arent on the versatility of the 335 and being sentimentally attached to his guitar collection

The revered session man and online tutor, who’s worked with Frankie Valli and written for Netflix and Comedy Central, discusses his love of The Beatles and playing guitar in the bushes. 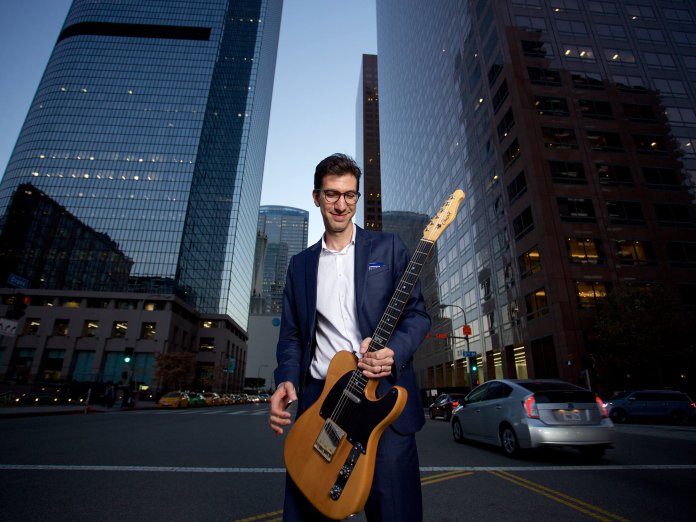 “When I was 12-years-old I became obsessed with The Beatles. I read every book about the band and listened to their music non-stop. One day, while watching the Beatles Anthology documentary on VHS, I had the epiphany that I needed to go beyond just listening to the songs and actually learn how to play them. I immediately asked my parents for a guitar, and they agreed to get me one, probably because I needed an actual hobby beyond reading Beatles books. We went to Musician’s Friend where I picked up a Squier Fat Strat and an Epiphone EP-800 amp.”

“My red 2000 Gibson ES-335 Limited Edition. It’s a unique-looking guitar that was part of a limited run featuring black binding, ebony fretboard, block inlays, translucent finish, and a decal logo. Though it’s not always the right guitar for every situation, it has been with me for nearly 20 years, always allowing me to express myself freely without having to do much thinking about where I am on the neck or what I’m going to play. It sounds wonderful playing clean rhythm guitar and wails when I kick the fuzz pedal on.”

“I have actually only ever sold two guitars. I get sentimentally attached to all my guitars and have a hard time letting any go. They all seem to represent a period in my life and musical journey. Sometimes I wish I were the type of person who could sell a guitar, get something new to enjoy for a while, then swap that one out when something else exciting comes along. When it comes to pedals, however, there is a revolving door and ever-changing lineup.”

“I usually bounce around between a Telecaster and a 335. The Strat is my favorite guitar of all time, but I can’t play a Strat without slipping into the territory of my Strat heroes. The Tele and 335 both allow me to play more like myself. I’d love a signature guitar with the solidbody feel, spank, and punch of a Tele with some of the warmth and neck feel of a 335 or my incredible Kopp Archtops Betty Swing hollowbody guitar.” 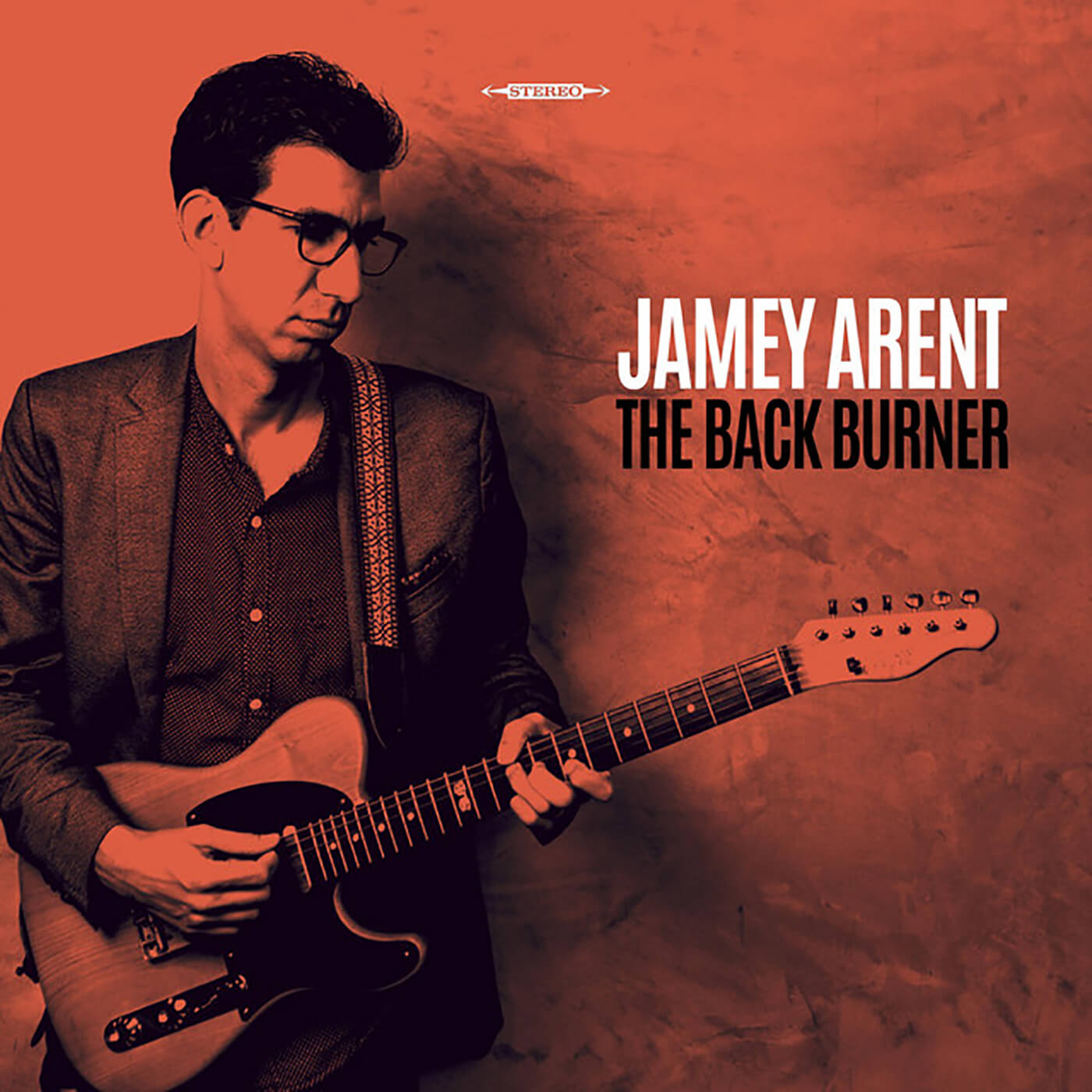 “It changes depending on the guitar and even the day, but usually some chord melody turnarounds in the key of C, or some good old fashioned open position blues licks in the key of E.”

“My former teacher Bruce Forman once said ‘the hardest thing about playing the guitar is taking it out of the case.’ I’ve always found that to be true on days I’m less motivated to practice. While it may be difficult to get started, once I have the guitar in my hands, the motivation returns almost immediately.” 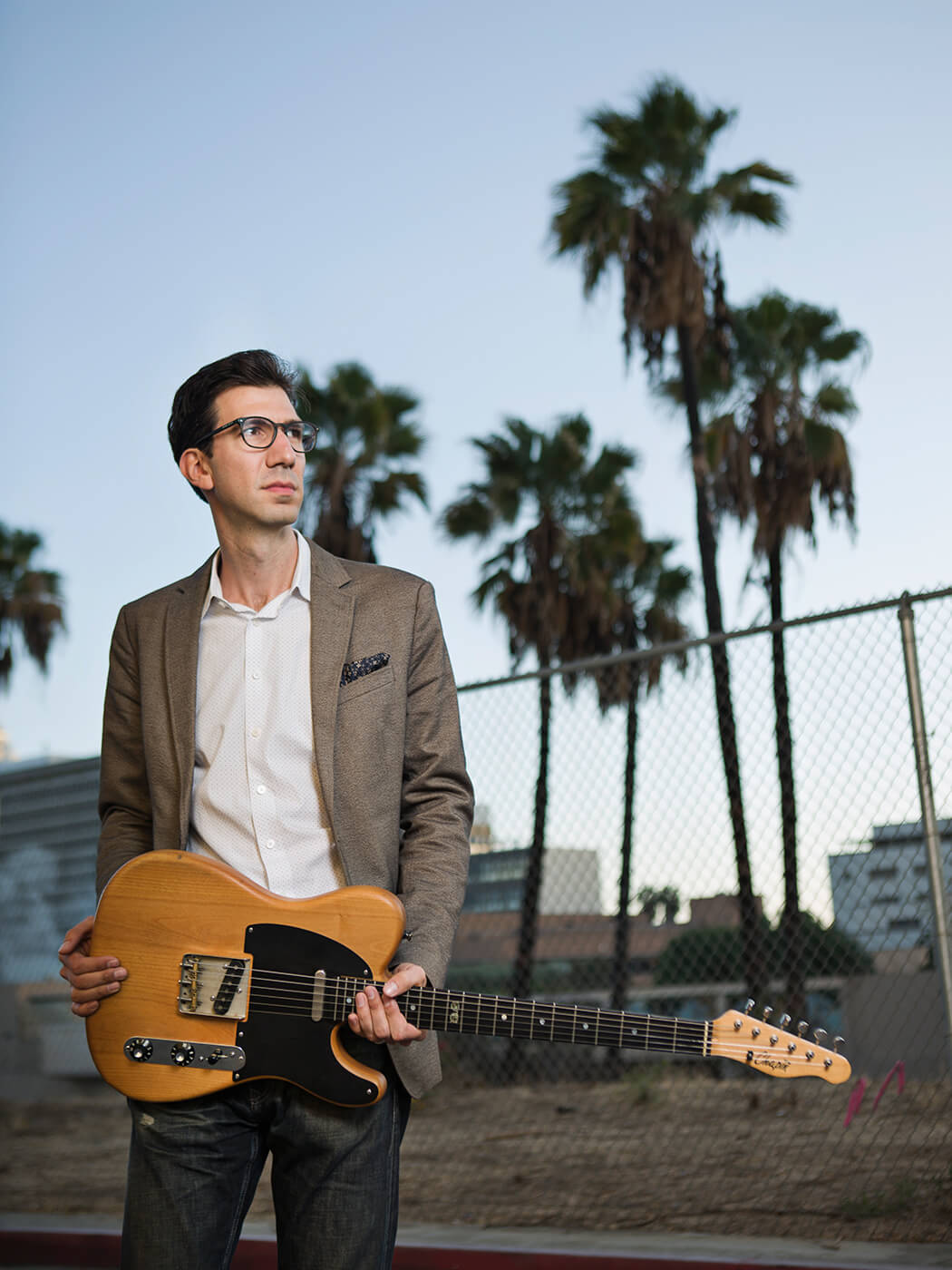 “Years ago, I got hired to play solo guitar for a wedding rehearsal dinner in an upscale restaurant’s private dining room. The manager of the restaurant would not allow me to play because the presence of live music would ‘disturb the dining experience of the other guests’ and jeopardize the restaurant’s diamond rating. The clients who hired me were upset because they already paid my deposit and wanted guitar music at their dinner. They argued with the manager until they came up with a compromise. I set up outside of the restaurant and they opened the windows in order to hear me. Passers-by were looking at me in my suit, sitting in the bushes just off the restaurant grounds, playing solo guitar for what appeared to be nobody.” 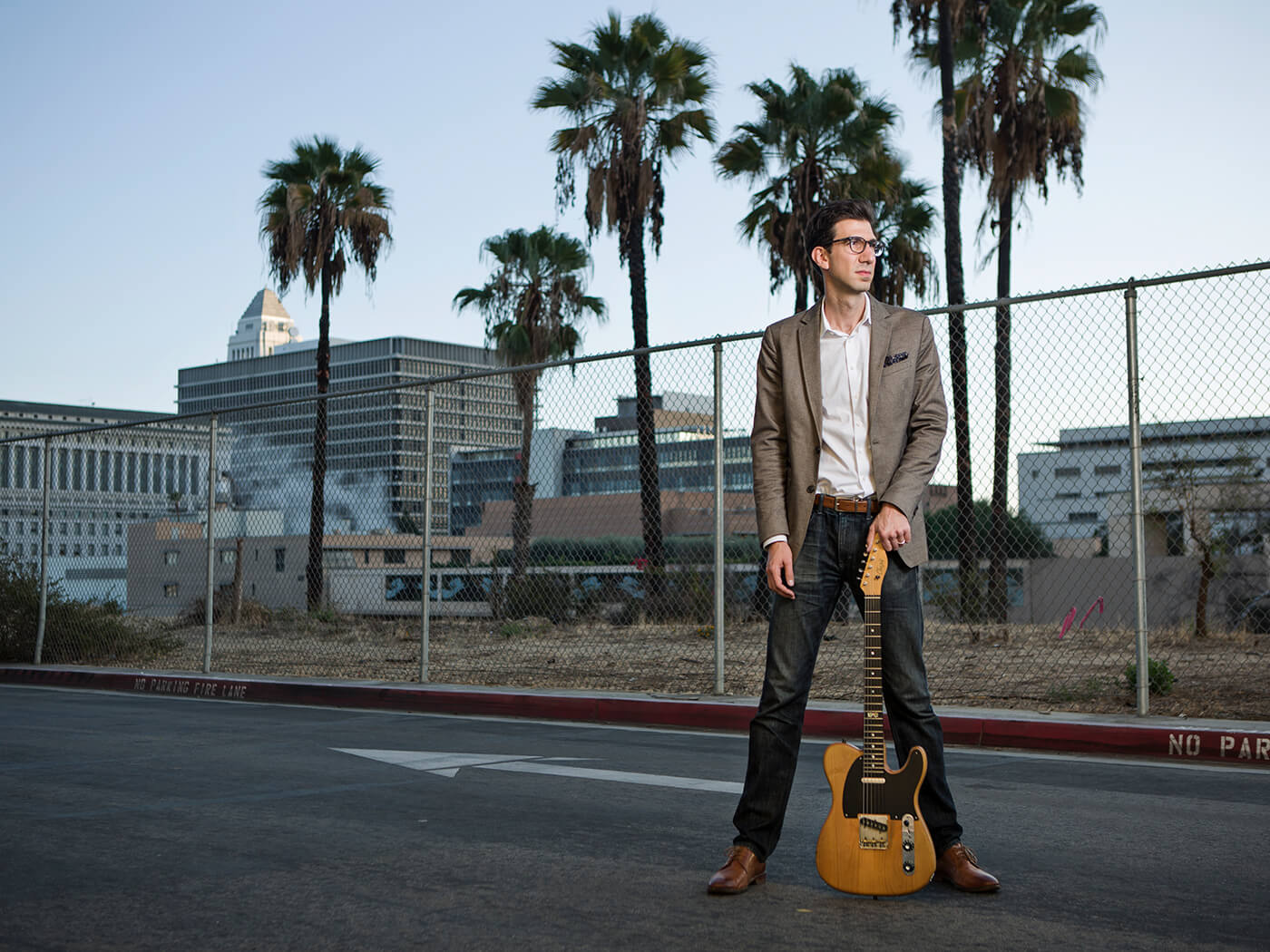 “Having a two-year-old son has changed the musical landscape around our house quite a bit. I decided to introduce him to one of my early childhood favorites, Raffi. Listening back years later as a musician, I have to say, I really enjoy the songs and Raffi’s voice. Evergreen, Everblue is the jam!”

“Jimi Hendrix’s Band of Gypsys is one of my favorite live recordings, so I’d love take a trip back to New Year’s Eve 1969 to hear the sheer power of his tone and hear the deep grooves created by Billy Cox and Buddy Miles. If I could stay a bit longer in that era, I’d love to go check out Aretha Franklin, Sly & The Family Stone, The Meters, Joni Mitchell, Miles Davis, The Allman Brothers Band, Freddie King, Albert King, Otis Rush, and oh so many more!”

“I’d love to be able to play blazing fast country guitar with a thumbpick!”

Jamey Arent’s debut EP, The Back Burner, produced by Josh Smith, is out now.