Teacher turned acclaimed rock ’n’ roller JD McPherson tells Chris Vinnicombe all about recording within the hallowed walls of Nashville’s RCA Studio B, jamming with Queens Of The Stone Age and a close encounter with a legendary bluesman’s guitar courtesy of Dan Auerbach… 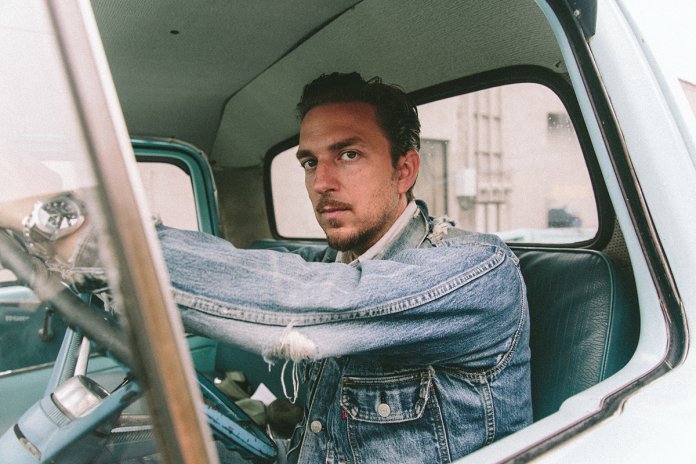 “It’s strange because fear drives the creative process and impedes it. It’s like gas and brakes.” For JD McPherson, the path that led to his third album, Undivided Heart & Soul, was far from smooth. The fear factor – a result of aborted recording sessions, fractious band relationships and a shortage of material – was eventually navigated but the resulting long player, recorded in Nashville’s legendary RCA Studio B, saw the former art teacher from Broken Arrow, Oklahoma resist the temptation to let the studio’s history dictate the sound of the record.

“You feel like you’d want to make things that sound like the Everly Brothers or Roy Orbison or the big lush Nashville sound stuff that Chet Atkins produced,” he acknowledges. “But it was so funny, the longer we were there, the louder and fuzzier everything got. It was almost like that room wanted some rebellious things to happen!”

Where McPherson’s early breakthroughs came via bolts of rhythm and blues lightning heavy on upright bass and 50s stylings, Undivided Heart & Soul shakes off the rockabilly trappings. Instead, his band channels an early 60s energy on 11 songs underpinned by electric bass and crackling with fuzzy guitars. Inspiration came courtesy of Link Wray, Brit psych-rockers The Creation and the New Orleans soul of Irma Thomas.

All that said, recording in the same space as so many landmark recordings were made did make an impact (if not quite as dramatic an impact as when Dolly Parton drove her car through the side of the building in 1967): “It certainly had an effect psychologically and pragmatically on the sound of the record,” says McPherson. “Definitely being there carried such a weight, in a wonderful way. RCA Studio B is a museum in the daytime, operated by the Country Music Hall Of Fame. So they had tours coming there all the time and what we would have to do was, we’d load in during the afternoon or evening, record all night and then load out at sometimes three, four in the morning. And that’s every single day. So we were loading in and tearing down every day!

“If that had been any other studio it might have been a real drag,” he admits. “But it was such a pleasure to be there. Being a rock ’n’ roll fan and a country music fan, to know that all the Roy Orbison Monument stuff was done there, the early Everly Brothers stuff, the post-army Elvis stuff… it’s pretty incredible. You definitely feel that. And they have a PA set up in the tracking room where they play music for the tours, so we’d load out every night and play Everly Brothers songs and you just can’t believe it… wow.” 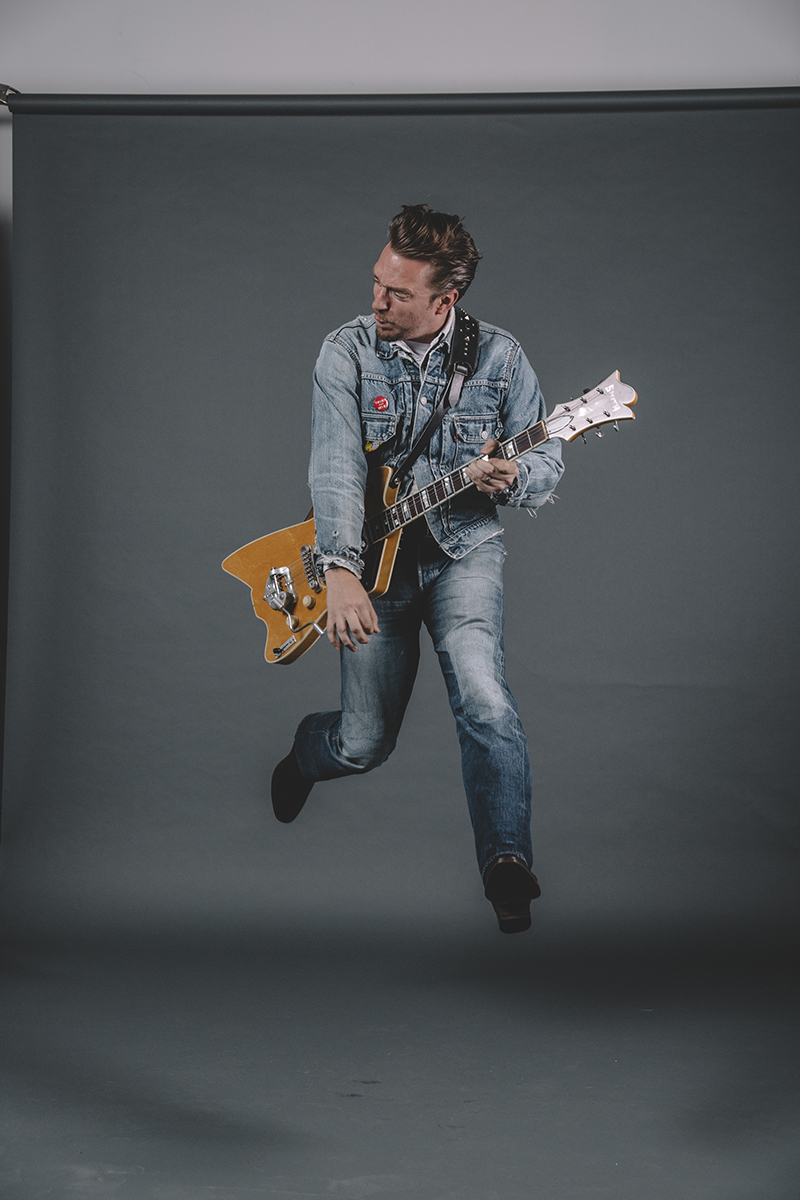 Aside from the sheer vibe of recording in space that’s played host to so many legends, RCA Studio B is something of a treasure trove of vintage equipment. “Something that really kind of changed things for us was, there’s a lot of gear that’s still there leftover from the original days,” McPherson recalls. “The grand piano that’s on all of the songs from the 50s and 60s is there, so we wrote a few songs on that. There’s a vibraphone there that you can hear at the beginning of Crying by Roy Orbison… we just couldn’t keep our hands off that damn vibraphone! In Lucky Penny when you hear that kind of bell sound, that’s that vibraphone. And there’s a marimba there and a celeste and just so much cool gear.

“There’s great outboard gear, too, some original compressors, Altec stuff, some really great microphones… the echo chamber is probably the biggest thing. We ran every drum track through it. We learned a lot, actually – we were trying to figure out how to get certain drum sounds that you hear on some of those old recordings. With the help of a couple of engineers in town we were able to get there. But I just can’t say enough about it – it was a very powerful experience.”

As you might expect, the energy contained in the grooves of Undivided Heart & Soul was captured predominantly live in the studio. “We mostly did everything live,” remembers McPherson. “I overdubbed vocals later. We tracked vocals live and there were a couple of things we used [on the album] but most of the time I’m concentrating on the guitar playing and my singing sounds pretty bad! There’s a lot of mumbling when brainpower is being expended on guitar parts!”

During the sessions, McPherson turned to several different guitars including a Frankenstein Kent electric tuned to Open C, his trusty Telecaster and an early-60s Supro Dual Tone on which much of the album’s material was written – “Blame it on the Link Wray guitar! It ended up basically forcing me into writing a garage rock record!” – but the star was a custom-built TK Smith guitar that combines Smith’s Paul Bigbsy-influenced aesthetic with an outline similar to a Gretsch Jupiter Thunderbird.

“I would say the TK Smith guitar was most of the record,” he remembers. “Just because it’s really versatile. You can get a lot of different things out of it. It’s got an out-of-phase switch, so I used that quite a bit. That guitar really just kind of sings. I just kept going back to it.”

Although McPherson has well and truly bonded with the TK Smith guitar now, the process of its creation was a long time in the making and he initially had to get over his own hang-ups about beautiful guitars: “TK and I talked about that guitar for a couple of years before I got it in my hands. I actually had a TK custom before that for a minute – we did a session at Sun Studio and I borrowed this Strat that he’d built that had his pickups and one of his necks. I know this is going to sound crazy but it was too nice for me!

“I am so abusive to guitars,” he admits. “I’ve played Telecasters for years ’cause it’s almost like Telecasters want to be beaten up. And the TK guitar was so nice I couldn’t cut loose with it. I gave that back to him and said let’s try something else down the road. We kept talking about it. What I wanted him to do was going to be so much work for him and so much money for me. But we worked out a way that he could use one of his Smith Special necks and then just do the body. 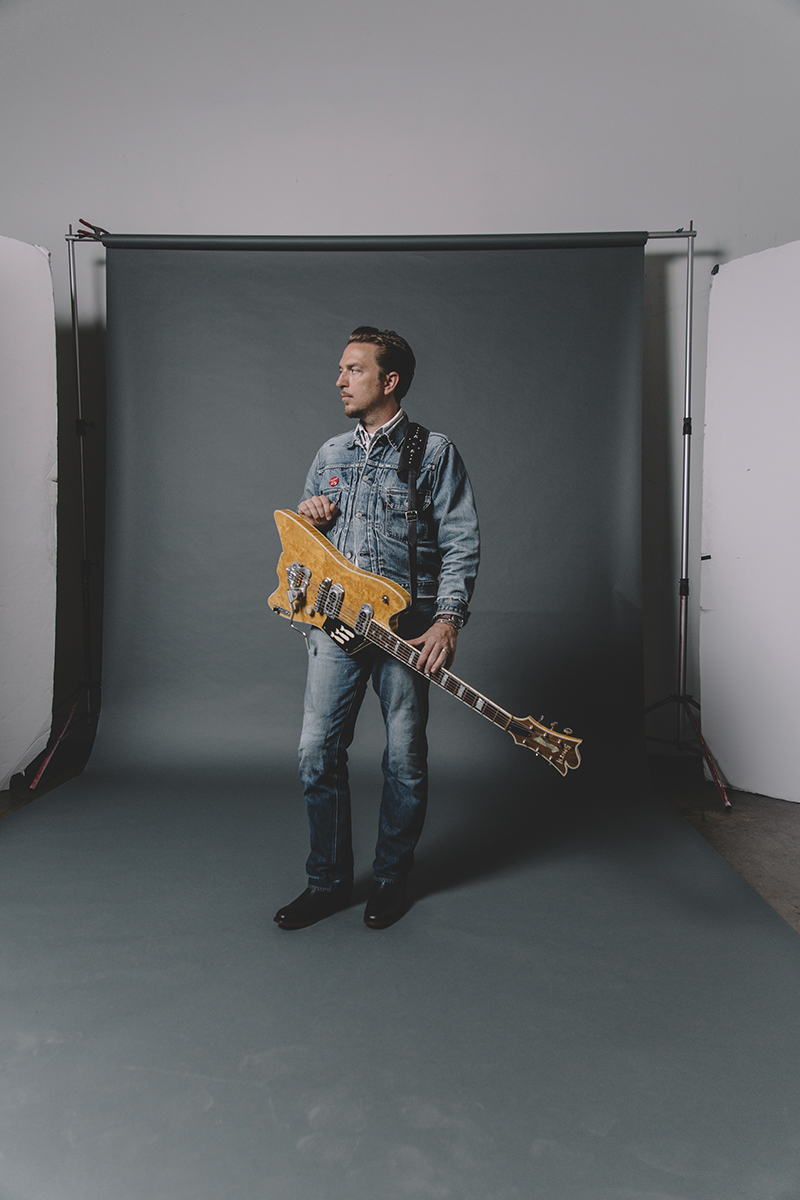 “It was supposed to be a cross between a Paul Bigsby guitar and the Jupiter Thunderbird that Bo Diddley played in the early 60s. It’s not exactly one of those but that’s definitely the inspiration. TK makes all of his hardware – he casts all the aluminium, makes all the pickups and winds them all – so pretty much everything on there is something that would be on a TK Smith Special except he cut out the tops of the Bigsby-style pickups so it makes it a little brighter. And he also added the phase switch.

“It’s one of those things – when I went to go pick that guitar up it was like even more of a feeling of tension, it was so nice. But now it’s got some nice wears on it and it feels like something I can cut loose on. When I was in my 20s I bought a Duo Jet and I took it back because I was afraid to scratch it! My opinion is that if you get your hands on a guitar that sounds great and feels great, you should wear it out. Let it live a life. Even if it’s a vintage guitar don’t put it in a closet somewhere.”

When it comes to taking special guitars out on the road, McPherson’s friend and occasional collaborator Dan Auerbach proved influential: “I went to Dan Auerbach’s studio one time to do some songwriting stuff, and I was trying to pick out a guitar and I grabbed a guitar off the wall, and it was this beautiful red Trini Lopez – it had like a little costume jewellery turtle glued onto it. I was like, ‘Oh my god, this thing is amazing’. 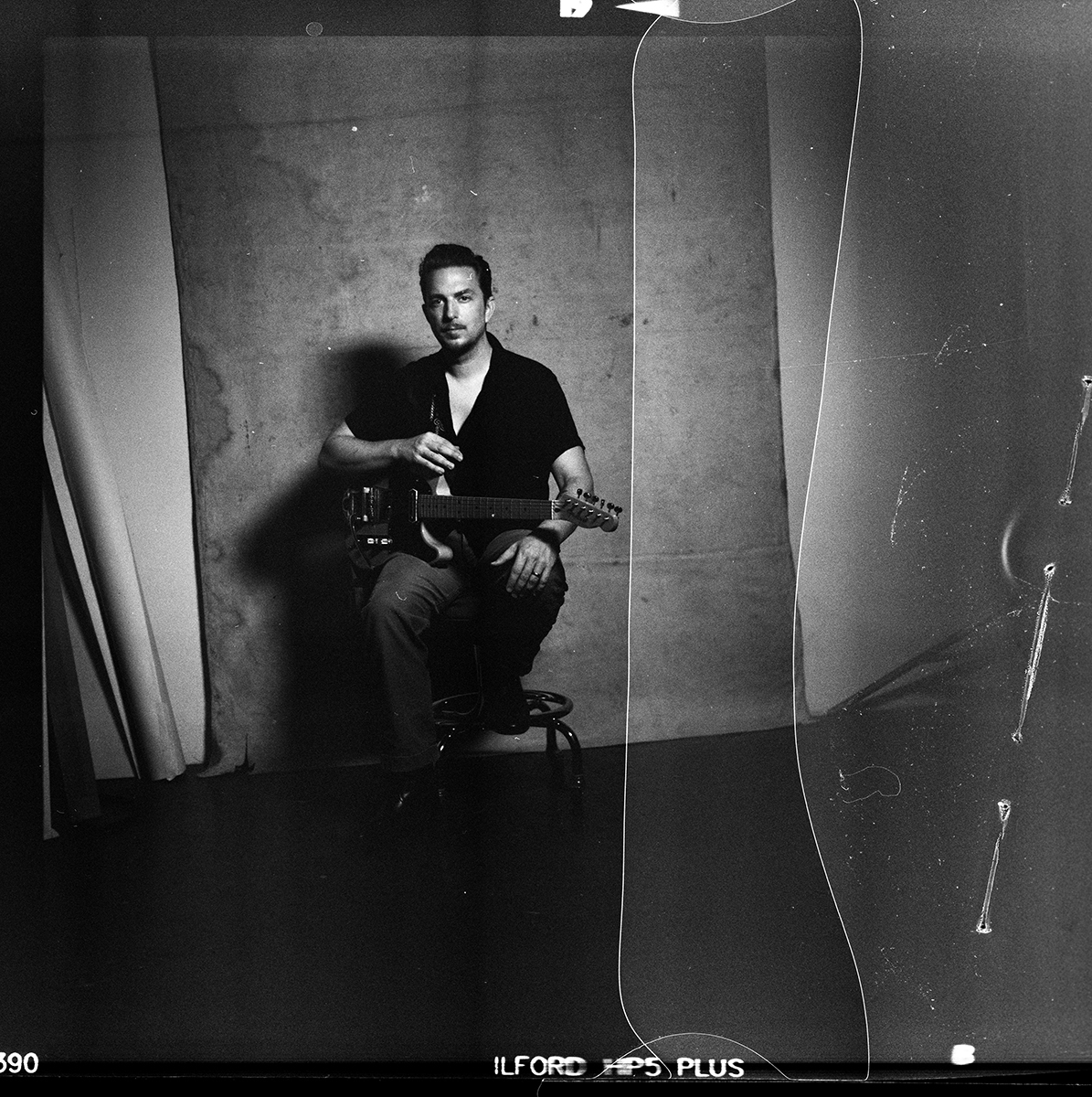 Back in RCA Studio B, McPherson’s twangy, retro electric guitars were recorded with a simple signal chain and a suitably stripped back approach. “I have this really strange amp that we call the Dalek,” he reveals. “It’s an old PA head from the 40s that my friend stuffed a Fender tweed Pro circuit into. And it sits on top of a 15-inch cabinet. I dunno, it just kind of looks like a Dalek! That was the amp that we used for the most part and it was usually just plugged straight in.

“As well as the Dalek we had a Fender Bassman, an old tiny little Gibson amp, there were a lot of 60s amps. The studio had a couple of heads that our other guitar player used a lot. Like I said we dragged all our gear in every night… after a week we started whittling things down so that we didn’t have to keep dragging everything in every night!”

Effects were limited to mostly outboard plate reverbs and suchlike, but when it came to fuzz, McPherson stomped on a Way Huge Havalina: “It’s kind of a 60s germanium fuzz. And I think I might have chained that together with a Fulltone Catalyst for a little more bottom end. But for the most part that was it. I didn’t use a lot of pedals. It was almost usually just plugged straight in and turned up really loud. We were really bare bones about it. We had basically just a 57 right on the speaker cabinet and then a room mic present at all times. On Lucky Penny you can hear that it’s pretty much all room mic.”

Like most great-sounding records, when recording Undivided Heart & Soul there was no substitute for moving air and hard work: “We worked so hard, I cannot tell you. We were so incredibly industrious about getting good sounds before recording. We wanted to do as little in the mix as possible. It was so easy to do there, in a lot of ways. They have a smaller 10-foot by 15-foot room next to Studio B that I think they used to use for acoustic demos or singer and piano type things. All my amps were separated off in that room ’cause I was turned up so loud.”