“You don’t get a medal at the end – you drop dead!” Joe Satriani on 30 years of pushing guitar boundaries

The legendary virtuoso on the lessons learnt over the course of his long career and how his passion for the new helped him create genre-hopping new album Shapeshifting.

Joe Satriani is not a player to rest on his laurels, even after a glittering career at the forefront of shred guitar. As he prepares to unveil his genre-hopping 18th studio album Shapeshifting, we catch up with the Silver Surfer himself to talk technique, tone, ego, and why his fingers don’t feel as young as they used to.

For the best part of 40 years now, Joe Satriani has been a standard-bearer for shred guitar, and a player whose astounding chops have set the benchmark for generations of artists who have been influenced by his style.

Despite this impressive legacy, Satch has never been one to hang back, content to bask in his considerable successes. In addition to his 17 studio albums and countless world tours, for example, Satriani has done dep stints with iconic artists and acts such as Mick Jagger and Deep Purple. He also founded supergroup Chickenfoot and created the G3 franchise, and much more besides. 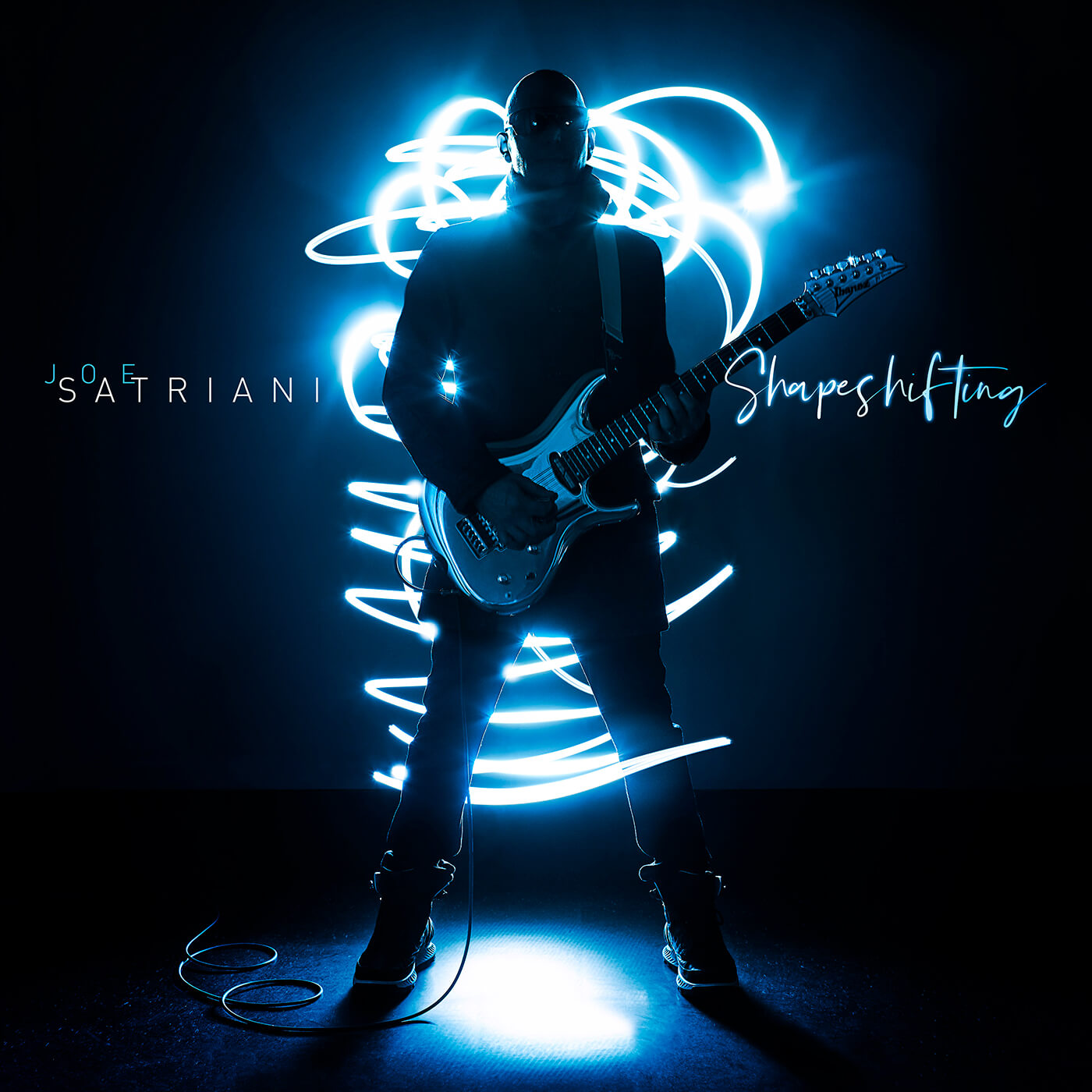 As he approaches his 64th birthday (yes, Joe Satriani is 63 years old, no, we can’t believe that either), what is there left for him to achieve, and what is there left to inspire him? The answer is Shapeshifting, his latest studio album, which sees him tackle a bevy of genre-fluid new tracks that might make up his most diverse album ever.

It’s a project that finds Satch as energised and enthusiastic as he was back in 1987, when his iconic Surfing With The Alien album made him a superstar, with a humility that belies his status as one of the most influential guitarists of his generation.

What’s the meaning behind the album’s title, Shapeshifting?

“It’s tied to this theme of me putting myself through stylistic shifts – dramatic ones – and sort of surrendering myself to each one of the songs without any regard to past forays into different styles or accomplishments or technique or anything. So, whatever the song I wrote was, I would just become the right guitar player for that song.”

Teardrops is a song that stands out. There’s a lot of space and you can hear each instrument individually. What was the thinking there?

“I create these demos in my home studio using Pro Tools – everything is laid out, 99 per cent of the arrangement is set. That way, when we go to track, the musicians can hear all six of my other guitar and keyboard parts, and because there are no lyrics for them to hang onto, they can track knowing that I’m going to be doing this melody, that harmony, this little ear-candy bit, and they can create their part around that, which makes it easier for me to get the best out of them.

“But for that particular one, we actually turned more things off because of Kenny [Aaronoff]’s drum sound. He did such a beautiful job that when we heard the sound of his kick drum, we decided to make sure it could be heard all by itself. It’s a song that has a bit of an odd meter trick to it – on the one hand you can just think of it as a waltz but, on the other, it’s in 7/8 and in 6/8. So it’s a bit tricky but it should just sound emotional; that’s the whole idea.”

It’s interesting to hear you talk about how you demo stuff in such detailed ways – your solos often sound composed, going all the way back to Surfing With The Alien.

“Actually, the only one that was really composed on the Surfing record was Crushing Day, and that’s because it was so damn long and repetitive, I thought I’d better plan something out. And I regretted it, because I don’t find joy in repeating something that was worked out. I find joy in trying to capture something that was spontaneous, over and over again. Take Flying In A Blue Dream, that track is so spontaneous. It’s got so many problems in it but it has this charm. Every time I play it, it’s so much fun to sort of wrestle with the issues – that I feel like I can now can solve – but still maintain the charm of it.

When you look at how your playing has changed over your career, how do you feel you’ve evolved?

“I love to move on and, after I play something, I don’t really analyse it. I like to keep moving forward and keep finding new cathartic experiences to dive into. I know that, on the one hand, I have more control over more techniques now than I did before – but I’ll be 64 in July and I can definitely feel it. My fingers felt quite different when I was 21 to how they feel now; that’s just nature taking its course.

What advice would you give to that young Joe or indeed any young musician?

“When you’re a young student, you want some hardcore information that you can apply immediately and be recognised for. ‘How can I play faster? How can I be more impressive?’ Well, someday you’ll be 45 and your fingers will hurt because you played too much when you were 18. You could have been much faster had you just played 45 minutes a day and not killed yourself. But that’s something that doesn’t really get through to teenage kids who want to take over the world.”

Looking back on your career, then, what would you say has been your proudest achievement so far?

“It’s funny – I’m haunted by that question because it was once asked to me on a panel I was invited to, along with Tom Morello, Steve Vai, Steve Lukather, Trever Rabin and a few other people. We’re all sitting on this stage, the audience is asking us questions and one of them is ‘What are you most proud of?’ And I instantly think, ‘Oh I hate that question.’

“So they started on the other side of the stage and everyone is saying, ‘Oh my kids’, ‘the guitar I designed’, ‘this song that I won an award for’. But when they got to me, I said something that I regret. I said, ‘Y’know what, I totally agree with everybody here: they should be proud of everything they just said. But I just want to say it’s really dangerous for a musician to be proud of themselves because it just ruins your drive.’”

Why do you regret saying that?

“I suppose I was just speaking the truth – and that’s not always a good idea. I could feel the room and then I realised, ‘Steve’s going to kill me’. Both of them, Vai and Lukather, they’re just going to pummel me when I get back and they say, ‘Why’d you say that!?’”

Brothers through it all ??#TBT @officialmetalhalloffame photo by Paul Hebert

With that in mind, it doesn’t seem like you’re concerned with legacy as much as you are with staying creative and enthused by your work.

“I truly believe that. I believe that once you’re gone, you’re gone. Really, it’s about creating the experience, the art and the love while you’re here. There’s no reward, you don’t get a medal at the end – as a matter of fact you drop dead at the end! I like to turn to the people at the clinics and say, ‘Wake up, everybody, this is it! It’s not happening tomorrow, it’s happening right this second!’

“When I walk into my room and pick up a guitar, I tell myself that it’s now – now is the time to play something good, to write something about what Joe is experiencing right now, and share it with people. Whether they like it or not doesn’t matter: while they’re busy critiquing it, I’ll just start writing and playing another piece of music. It’s a funny way of dealing with it. Sammy Hagar always says the reason why I’m not rich and famous like him is because I have no ego, and sometimes I go, ‘You know, you’re right!’ I should drink from the Sammy Hagar cup once in a while.”