Warming up is something all musicians should do and it’s something that’s related directly to maintaining the physicality of playing the bass. It’s really important to warm up so as to avoid suffering the negative side-effects of over-playing, such as tendinitis. When you start to practise, just play slow and try to play slow for a while – at least 20 minutes to an hour. Whatever it is that you’re doing, play slow and build from there.

We tend to forget sometimes that playing an instrument is a physical activity and there are muscles involved that you shouldn’t simply shock into action. I think with any athlete, and there’s a definite athletic correlation to playing, it’s best to always warm up. Do your best to play slowly and carefully before you actually go for it.

It’s only when you rush that you wind up hurting yourself. My warm-up is often just playing a simple pattern and moving it up in half steps to the very top of the neck, then working my way back down. If you can’t think of something cool to play, just work on a scale. That’s cool enough!

2. Use the fretboard of your bass as a visual aid

The fretboard of the bass is very logical in a visual sense and a real helpful part of the bass that you can use in terms of your study of the instrument. Things take on this very visual shape on your fretboard, it’s really helpful.

If you’re learning a scale and you don’t really know what it’s supposed to sound like, you only know that you’re actually playing it correctly if you learn the organisation of the notes on your fretboard. You get to the point where you can actually just look at it and see its inherent patterns and shapes – the shapes of the scales, if you like.

Studying these shapes means you can reduce them to building blocks and then navigate through a physical memory, which enables you to see how they all travel and link together on the fretboard. Plus you’re hearing harmony (keys and chords) develop as well while you’re doing that. That’s just like an extension of doing basic school-work type studying.

If you could always, every day, put aside three hours to do something related to your instrument, you’d definitely feel the benefits in your playing. It could be learning a piece of music or a song, studying a scale or another approach, or reading another person’s perspective… but just always leaving that three-hour block of time every day would be really beneficial.

That’s almost a full day of practising out of a week by just dedicating three hours a day. The discipline of reserving that allocation of time alone develops your musical intelligence to a point where you’ll naturally know what it is you should be doing in a practising sense based on the results you’re getting.

You’ll know over a period of time if something is working or if it’s not. The allocation of time discipline is a vitally important element because it’s all part of maintaining a balance between your music and the rest of your life. 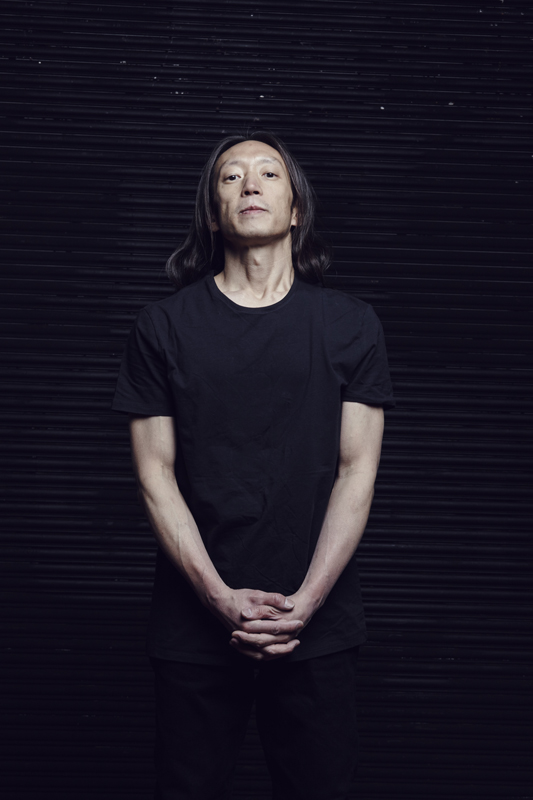 4. Be motivated and determined… and get your practising done early in the day

The best way, I find, to try to tackle it is early in the day, so by early afternoon I can say “I’m done”. If life takes over, you’ve already achieved your practising goal, and that’s the most important thing. And then from there it’s just a matter of being creative with what you’re learning and building upon that.

One of the cool things about an instrument is that learning to play is something you do over the course of a lifetime. It’s not something that’s stagnant, there’s always something evolving and there’s always a sense of challenge.

Figuring out ways to motivate yourself to learn essential elements is the real big issue when you play an instrument,  because ultimately it’s just desire to play that really pushes you. Sometimes it’s not there, and that’s when discipline kicks in.

5. Find role models and heroes to aspire to

It’s essential to help you grow and develop, especially when you’ve only just started to play bass. I really loved Geddy Lee of Rush, Chris Squire of Yes and Steve Harris from Iron Maiden. I really identified with the music from those bands, and I tried to combine the harmony and adventurousness of the arrangements of Yes with the metal-esque edge from Iron Maiden.

Then add to this Rush’s indefinable chemistry and ability to write tracks that are just really interesting to listen to. Those three bands really got me motivated to start playing. It was very much playing along to their records that made me want to be part of a band.

But I also studied classical and jazz musicians, and their discipline, sense of organisation and how they play was a whole other great resource of information to draw from. My job is to be aware of all these great resources that are there and try to draw from them and organise how that works in my playing the best that I can. That’s what you have to do to evolve.

6. It’s not just about playing scales: learn songs and jam them

Learning other people’s stuff, other bass players’ grooves, is a legitimate way of advancing your ability on the instrument. The music you love and listen to is like a real-time library that’s all around you all of the time. When I first started playing, I was very much into learning by playing along to records and then, with the guys I was playing with, we would jam on the songs we learnt.

Me and (Dream Theater guitarist) John Petrucci were playing covers, working on songs and jamming, not realising that we were also searching for our own identity and sound. That stuff was developing outside of our control. And this eventually led to us forming a serious band and then embarking on this big life adventure that’s occupied the majority of my musical career.

That’s one really unique situation that has been a very big part of my life, and it all sprang from learning to play the music that I loved and sharing this with other like-minded musicians and friends.

7. Learn how to be a team player

When you’re playing in a group, whether it’s your first, second or 25th, you’re immersing yourself with individuals and the goal is to create meaningful music. The important thing to realise is that meaningful music comes with everyone’s respect for one another and everyone doing their part to make it the best it could possibly be.

So it’s very much about learning how to be a team player. One of the standard problems or issues in any situation is that there’ll be songs you really love and songs you don’t love as much. With the latter, the solution is very much about figuring out a way of getting to that point where you play just as well, just as passionately on your least favourite songs.

And when you’re looking for the source of the problem, start with yourself. Maybe you’re playing it the wrong way or with the wrong approach. So maybe just changing your approach could lead you to the place where you’re playing the song better and appreciating it more.

8. Be positive in your social interaction with band-mates

Getting on well with, or at least trying to get on well with, the other people in the band is one of the things that can be easily overlooked. If you have a group of individuals and they’re all incredible, but they’re not willing to work on that really serious level, I don’t think you’re gonna last very long as a group and you could miss out on something really special.

There’ll be tension and then the longevity of the situation will be questionable. Being a musician is a really demanding thing and a lot of things you need to know are not really talked about or taught. Just learning how to complement situations and work in a group setting and just listen to the thoughts and opinions of the people you’re trying to be creative with is vitally important.

That’s where who you are as a person becomes an important resource to the situation. You draw from everything you know and everything you could possibly do. You beg, borrow and steal to make the situation as good as it could be, especially if you feel the music you’re creating is worthwhile. 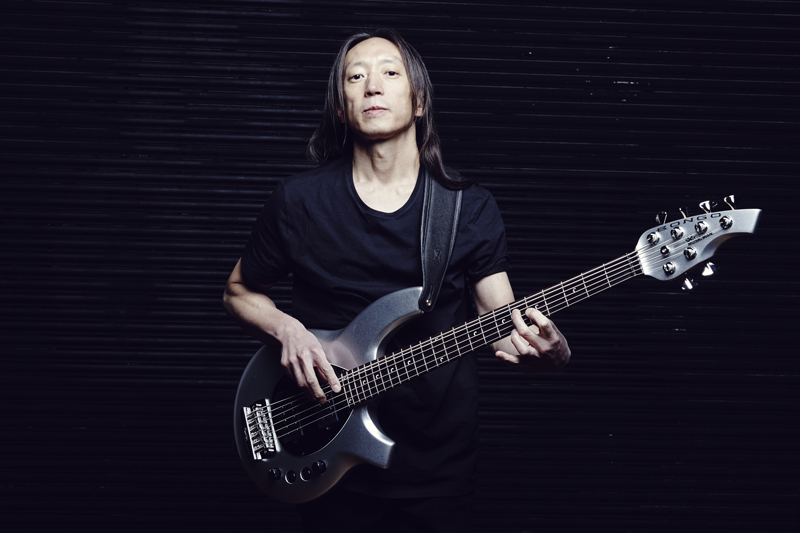 9. Your first serious bass should be comfortable to play and versatile

You need to look to play an instrument that is comfortable under your hand. And it’d also be cool to gravitate towards something that is useful in a professional sense. In other words, versatile. If you have to do studio work it needs to be capable of keeping everyone happy – the engineer, the band – and be easy to get a cool, quality sound from that’s good to work with.

I tend to gravitate more towards basses that are proven – I’ve played so many different ones, and at times I’ve felt that, rather than try to re-invent the wheel, it’s been invented! Just pick out something that works really well for you. I tend to have an appreciation for classic instruments, basses with a proven track record and a history of doing the groove job in a wide variety of situations. But, specifically, find a bass that really fits your playing style, one that agrees with your hands and how it rests up against your body, and things like that.

10. If it all gets too much, tomorrow is another day

If you’re ever feeling particularly down about your playing or having a bad day at the practising office, don’t just keep smashing your head against a brick wall. This is never gonna achieve the practising goals you’ve been carefully setting yourself, you’ll just wind up getting frustrated.

Everybody has bad days and it’s important to recognise when you’re having one with your bass. I would get out and go for a walk, just clear your head and get back to it the next day. It’s not about that day, it’s about being able to get up the next day and pick up the bass again.

It’s not about frustrating yourself to the point of feeling down about playing your bass and making music. It’s not about getting to a certain space where you say to yourself ‘well, I don’t wanna do this anymore’, it’s more like ‘well, get away from it for a while’. Change the scenery, break things up and then come back to it with a fresh perspective. Some days will be better than others.

Dream Theater‘s latest studio album, The Astonishing, is out now.