Fifteen years on the LA studio scene turned a former child prodigy from Florida into a seasoned session pro and one of the most respected guitarists in the business. Josh Smith shares the hard-earned wisdom that’ll help you get called back time and time again… 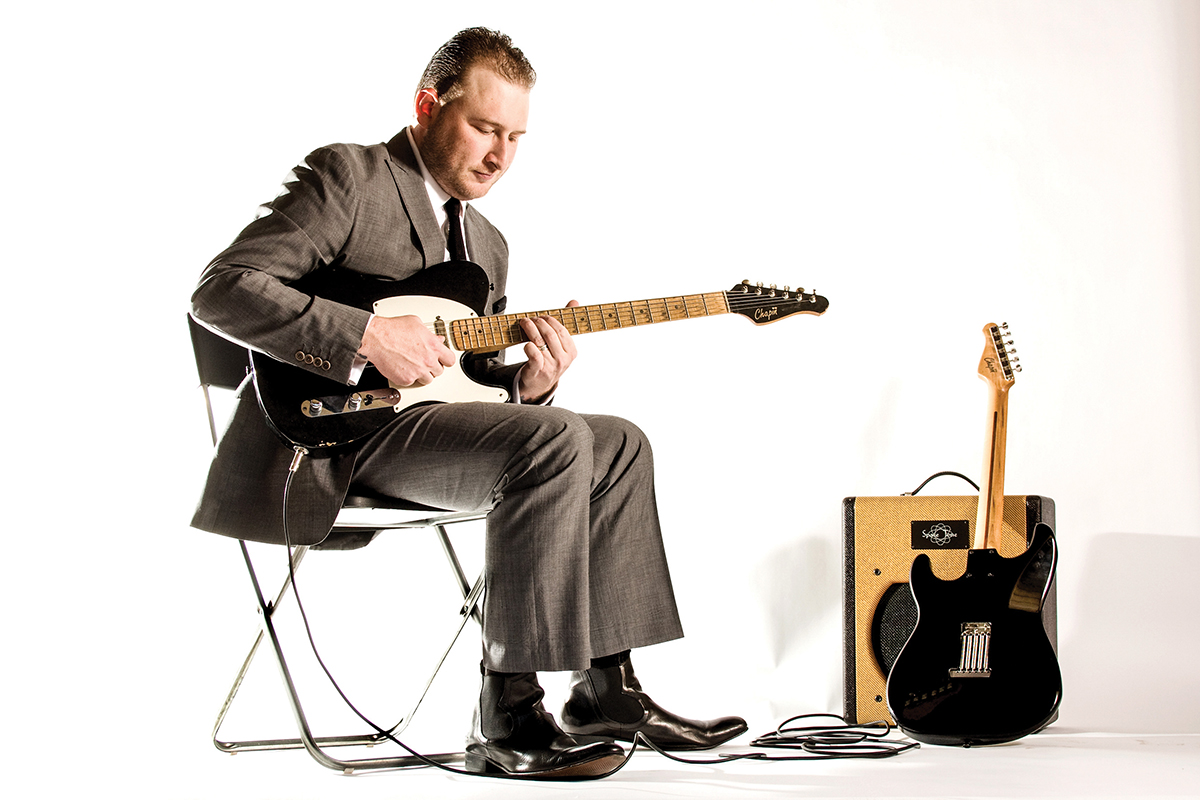 This Is A Call

“When I get the call, if I’ve worked with the producer before then I’ll have a relatively informed idea of what I’ll bring to the session. Or he’ll just tell me. If I haven’t worked with them before, I’ll bring tonnes of gear! I’ll bring everything that I think I might possibly need. And that goes hand in hand with having built a toolbox full of all the right tools.”

Sharpest Tool In The Box

“You always need Les Paul, Tele, Strat. Those are the three number ones, absolutely. Then sometimes a 335. I always take one electro-acoustic just to be safe. Sometimes you need oddballs; maybe a Gretsch or a baritone, or a Rickenbacker. A 12-string electric is something in your real life you’ll probably use once every 10 years but on sessions it’s something I can end up using once a week. It creates a sound that makes the producer go, ‘Oh, I didn’t even think of that.’

“So you need guitars that tick all those boxes, then you need pedals that tick all the boxes. Definitely if you can’t bring multiple amps. You may need clean, bright sounds like a Fender blackface thing, but a lot of times producers will ask for something Beatles-y or U2 or Tom Petty, and it’s something you can’t pull off without a Vox. I typically take one blackface-style amp and one Vox-style amp. If I need the Marshall thing, I’ll do it with a pedal.”

“Get up early. Have some breakfast and be in a good mood. That’s an overlooked step in this business. Be super-prompt and professional. Be the guy that everybody wants to hang around with so they’re happy to have you there. I’m always early, no matter what.”

“I show up early and load in – I’m usually carrying everything myself – and I talk to the engineer, see where he wants me. If it’s a live session I’m going to be in the live room. If it’s a guitar overdub session, a lot of times I’ll be standing in the control room while my amps are in the live room… so it’s just figuring out the logistics.

“When I first moved to Los Angeles, I could count on a lot of sessions every year with major label artists, some of them huge stars, where you were tracking live doing the whole record. Then it switched to nothing but overdubs at producers’ houses, because nobody tracks together live anymore.

“It obviously depends on what’s popular and what’s popular is still pretty bland pop music but there have been things going on in the last couple of years that have helped things swing back the other way, like Alabama Shakes and The Black Keys. It’s getting more popular to make a record sound loud and live and have people playing in the same room. Producers are taking note!”

“I’ll listen to the song – I’ll have to do it with my guitar in my hands because I don’t have perfect pitch – once, maybe twice if I need to and I’ll write down a little cheat sheet. The important thing is to immediately start coming up with an idea. It may not be the keeper idea but in my head when I listen that first time and I’m writing the chart, I’m thinking of what I’m gonna play and starting to hear things that could be a hook already. “Then they’ll go, ‘Are you ready?’ And you’d better say yes!” 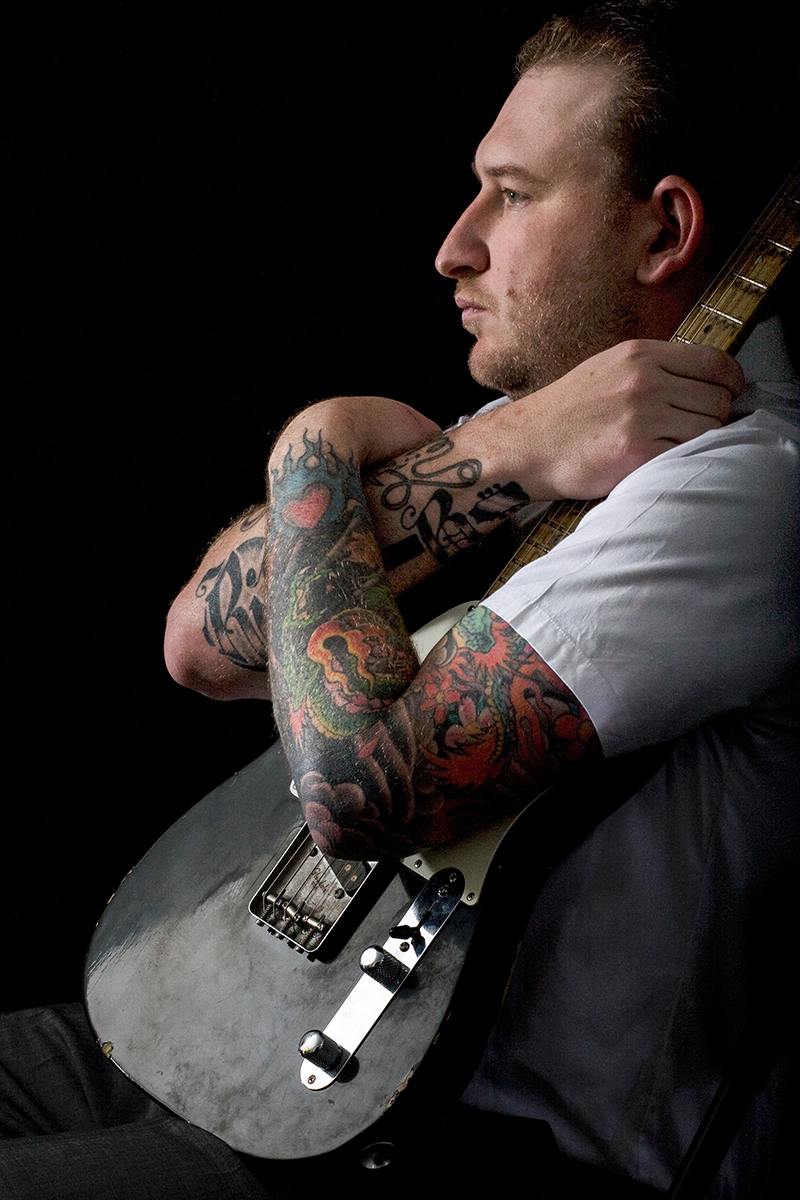 “When I moved to LA I had only played my own music. I started getting on little teeny sessions and maybe at the session they’d have a chart. It would say the chords are A, F#m, B, E or something like that and I’d just play those chords. Then I realised it’s not just about that.

“I started listening to what other people were doing. I made friends with Mike Landau and I heard him on a session. He’s not just playing the chords, he’s coming up with parts for everything, immediately. And that was a skill that took time to learn, for sure. It’s a skill I don’t think a lot of guitar players realise exists.

“Producers are all different. They all want genius, that’s for sure! But what genius is to them is a different thing. Some producers, when they hire you, all they want is for you to come in and give them tonnes. So it’s like, ‘I need powerchords, straight eighths, then I need a higher version of that, then an arpeggiated part with delay, then I need something weird here in the bridge, and maybe I need an acoustic track just to have it…’ so you quickly get in there and do all those things and they’ll chop it up later.

“Other guys, they want to hear what you would really play if it was your gig – maybe that producer hired you because they like what you do and not just because you can play everything perfect. You’ve gotta kind of read that. Once I get there I know whether they want me to be myself or just to fill in a bunch of boxes.”

“Don’t just bring the right gear, really have your gear in order. It’s a lot easier to work fast if your guitars are in tune, set up properly, don’t buzz, your amps don’t buzz, the tubes are fine, your pedals and your cables are good.

“That Telecaster may sound great but can you play a D chord and have it sound in tune on a session? It’s really amplified when you are in that room playing by yourself, strumming chords. Especially if it’s some pop thing where they’ve quantised the hell out of it and it’s got synths on it. That stuff is perfectly in tune ’cause it’s all fake, so if your guitar is not perfectly in tune, you hear immediately.

“There’s a difference between gig ‘in tune’ and session ‘in tune’. On a gig, if you play with a second guitar player, maybe you’ll hear some intonation stuff – but otherwise a lot of times you don’t notice ’cause you’re in tune with yourself. You almost put the guitar in tune with the way you fret and the way you vibrato. But when you get to that session and you are strumming cowboy chords, when you hear it come up the first time through a pair of NS-10s – unforgiving, in your face, super loud – and it’s not perfect, you’re like… woah!

“I have guitars that I bring to sessions that I never play live. It’s not that they don’t sound good but when I built my toolbox it wasn’t all about the vibiest guitars ever, it was about man, these things get the job done. I have a superstrat that passes the tuning test every time! And I don’t own a Paul Reed Smith, but in the last six months I’ve thought about buying one a few times because they are so in tune. It feels like that would be a good session guitar.”

“You’re selling yourself. You want this producer to call you back again. You want to form relationships with these people because this is how you pay your bills. A lot of producers will ask what you think. Not all producers actually mean it. They don’t all want your opinion. But they always ask! I go out of my way to be friendly, do what they are asking, listen to what they say… that’s super important.

“If they tell you, ‘I really hear a tremolo thing here’, you’ve gotta do that. You might be 100 per cent sure that it’s wrong, but you’ve still gotta go at it and try to give them what they hear! When I come up with an idea I like to give two options so it’ll still be their decision. If I hear a delay thing I’ll give them two different delays when I know either one will work.

“Reading people is a skill that you learn over time and Jesus… what if the artist is there?! If the artist is there, everything else goes out of the window because the producer is serving them. The artist never stops talking! They are gonna throw their opinion out every second, which they should, it’s their music.” 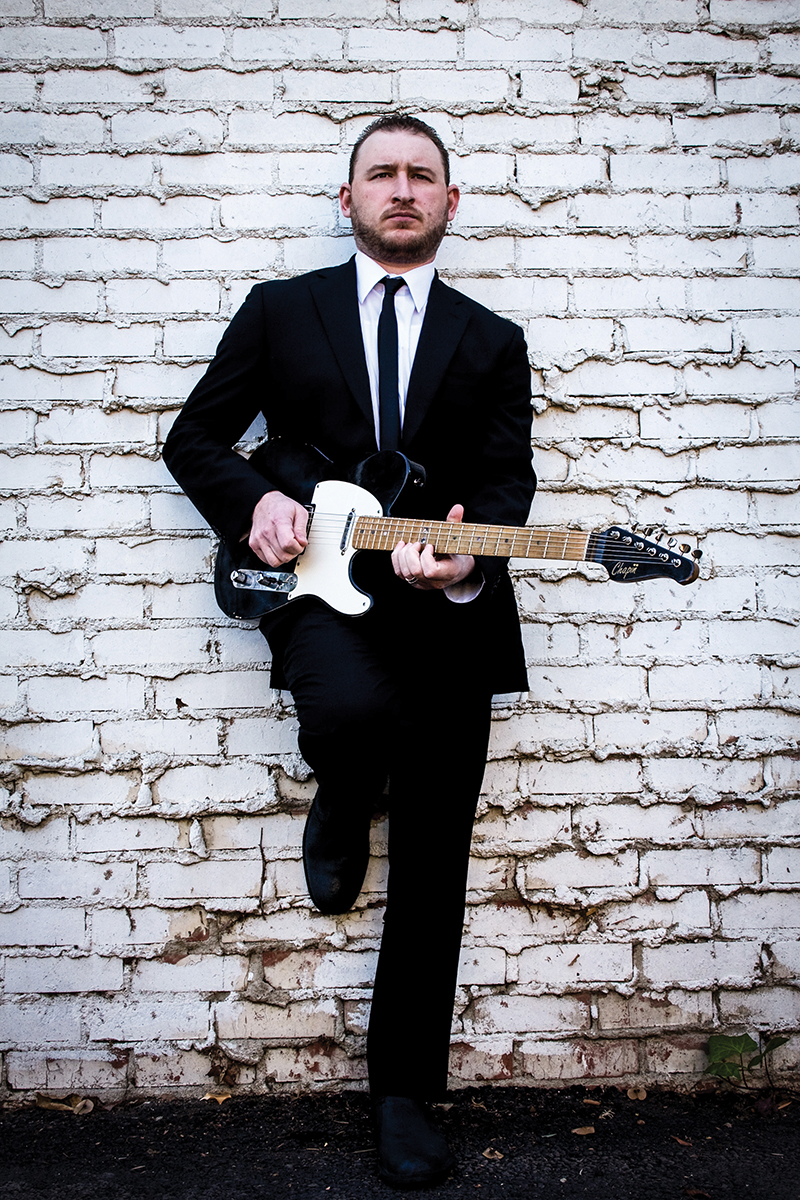 “I moved to LA knowing I was a good enough guitar player to maybe make it, but I was completely a fish out of water. I only knew how to get my sound. It took a few years of figuring out what everything sounds like. Figuring out what they mean when they say, can you make this U2-ish? What does that really mean? You are expected to be able to nail that thing and come up with a cool part for it. That dotted-eighth-with-a-quarter-note, arpeggiated delay thing crosses all genres now.

“When you begin to get a reputation, you get called more frequently to do your thing. It happens organically. For me it’s Motown, soul, R&B, funk, anything rootsy. But you have to know the buzzwords. If they say Jimi Hendrix it could be bluesy soloing with a fuzz pedal, or it could be that the Curtis Mayfield thing is really what they are asking for. If they say

rock ’n’ roll it could mean a number of things. You have to have listened to a lot of music.
“The producers who are the most difficult to translate are the ones who don’t play an instrument. It’s pop music or hip-hop a lot of the time. Music made completely on a grid from loops and beats that are chopped up. Sometimes you have to think completely outside of the box. They might not have a wealth of knowledge but they are telling you, ‘I need this to sound scary’ or ‘I need this to be epic’ or ‘I need this to sound like I’m gonna kick your ass’. If you don’t understand then just give them choices and you may stumble on what they want by accident.

Josh Smith’s solo album, Over Your Head, is out now, featuring guest appearances from Joe Bonamassa, Kirk Fletcher and more. Visit www.joshsmithguitar.com to order your copy.