Is this the coolest guitar collection in the world? 40,000 Instagram users can’t be wrong. 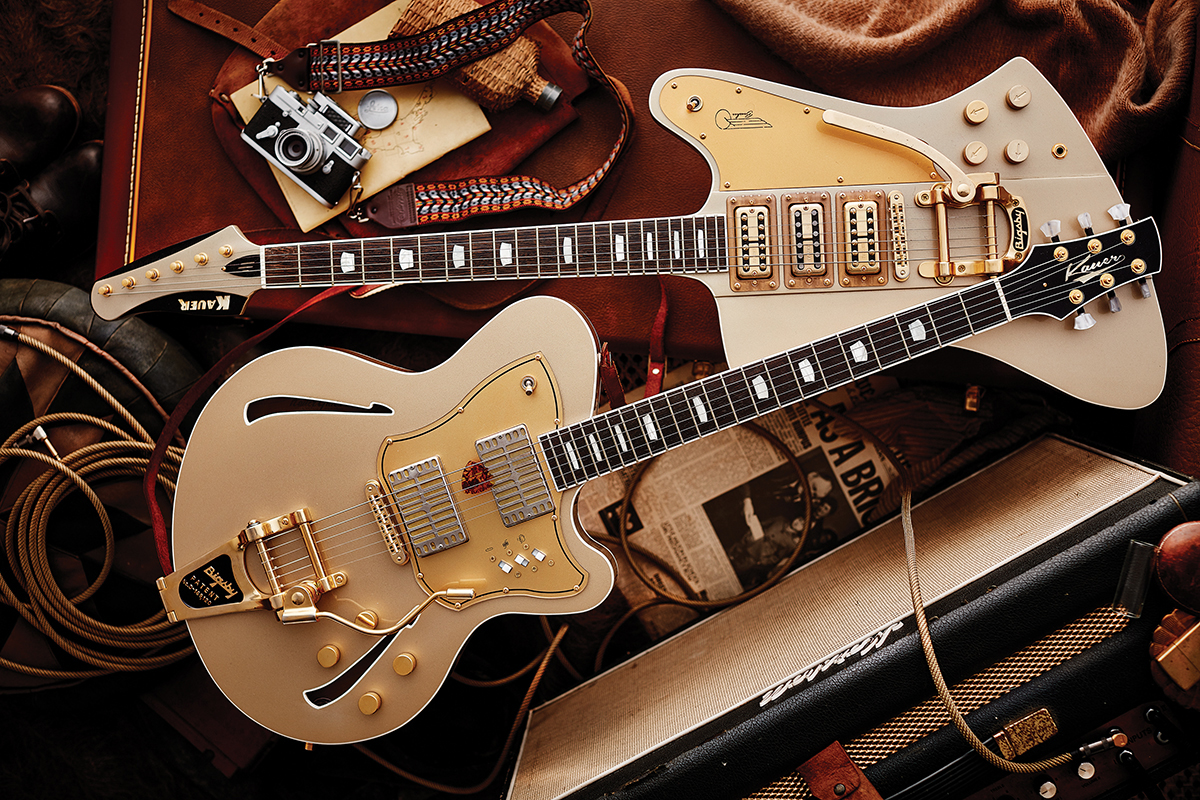 Scrolling through the relentless parade of pictures on your Instagram feed has become one of the easiest ways to kill time, especially if you’re a guitarist. The supply of interesting gear to gawk at and lust after is seemingly endless, and for some gear companies it has become the most important place to market their wares. It’s also a fantastic place to discover new musicians.

Amid the all of the noise, however, some accounts stand out because they bring a high-end artistic sensibility to the table that goes way beyond a quick mobile phone snap with a grainy vintage filter applied to it – Lost In Crystal Canyons is undoubtedly one of those.

Named after a lyric from the song Thrasher – one of Neil Young’s most vivid slices of acoustic balladry – the account is run by the affable Robert Hart: an unabashed guitar fanatic from New Zealand whose Shadowlands photography studio is situated in the historic Auckland suburb of Eden Terrace.

Hart’s guitar collection is a mixture of classic designs, modern boutique instruments and pawn shop curios, with a common thread: everything is cool as hell. Robert was kind enough to shoot some choice guitars from his envious treasure trove especially for Guitar Magazine and – as is often the case on his Instagram account – they are surrounded by an artful selection of gear, clothing and vintage ephemera.

The man certainly knows how to dress a scene, but how did his love affair with guitars catch fire? “My first guitar was a black Epiphone S-type I bought when I was 14 years old,” Robert recalls. 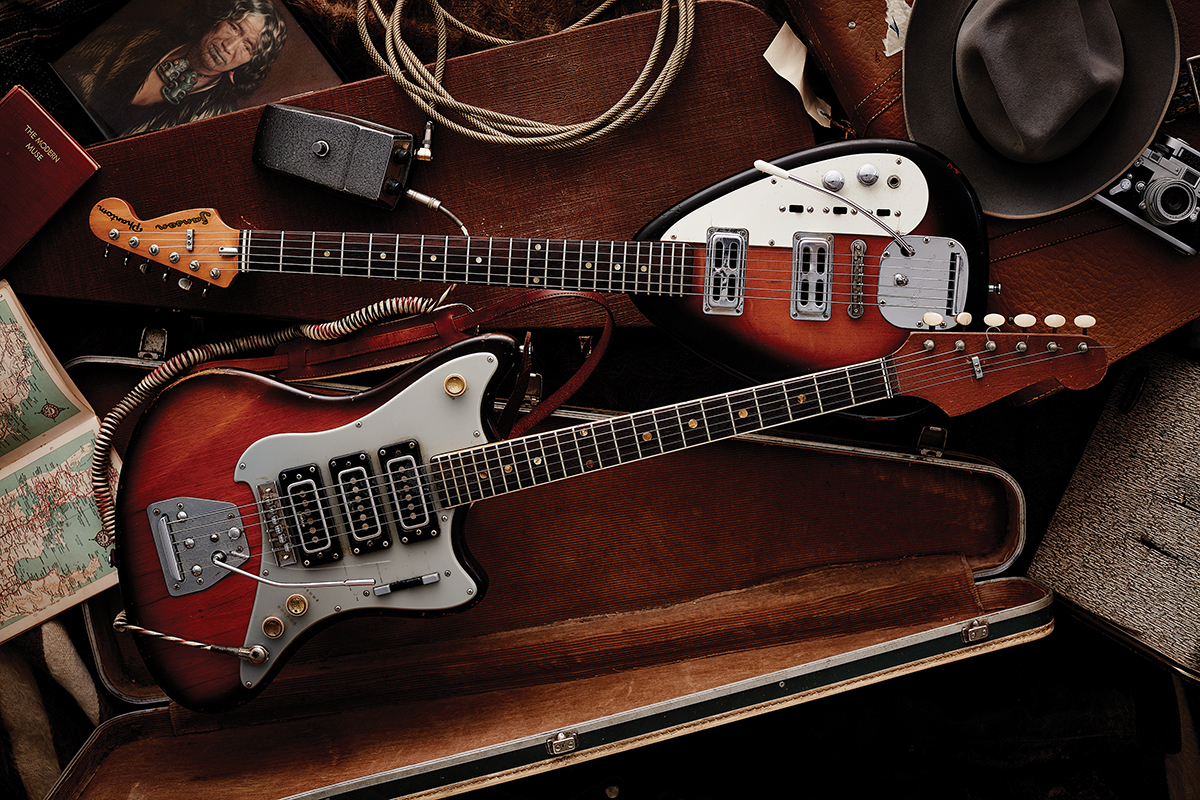 “But my true love for guitars developed in 1996 with a Fender Jag-Stang in a world of fuzz-infused grunge. Collecting is in my blood; my father is an avid collector of all things nautical. Whatever it is you choose to collect, it’s the thrill of the hunt that can get addictive.”

The spoils of that hunt very often find their way onto Instagram and perhaps inevitably, there’s a common thread running through Hart’s day job and the way he chooses to display his wonderful trophies.

“Each shoot at my photography studio, Shadowlands, is an exercise in styling,” he says. “Which I guess develops a refined eye and strong understanding of light, which has flowed over into my personal work.

“By day I shoot everything from fashion to jewellery to beer bottles, so when I come home to unwind in my own space, the work takes on my personal aesthetic naturally. The continuity of Lost In Crystal Canyons is a result of the things I have collected over the years and surround myself with. I’m a hunter-gatherer, and the things that I connect with always have a history, which is why there is a sense of nostalgia in my photos.”

While many of the guitars pictured across these pages are classic designs with which we are all familiar, some of the rarest and most unusual instruments in Hart’s collection originate from the Southern Hemisphere, and it’s a topic that he is clearly very passionate about.

“During the late 50s boom of rock ’n’ roll, New Zealand had stringent import laws,” he reveals. “This created an isolated industry of our own down here. Brands such as Jansen, Commodore and Maton were pioneering their own techniques, which produced some very interesting takes on the classics. I have a number of beautiful Australasian pieces in the collection, which I will be featuring in my upcoming book, through which I hope to capture a piece of history before it’s lost.”

Another model that catches our eye is from much further afield, however – and it also happens to be Hart’s latest addition to the fold. His Frank Brothers Arcade would be handsome enough in its own right, but Hart’s model has been furnished with some custom features by the boutique Toronto firm.

“I’ve always been a fan of boutique builders,” says Hart. “And I thought it would be amazing to get Frank Brothers to do a custom build. Their shape is incredibly modern yet intrinsically classic – pairing that with a 50s trapezoidal tail, plus the epic tortoiseshell accents and off-white colour, ticks all my boxes. Their attention to detail is impeccable and that’s something I really appreciate in this day of mass production.”

When it’s time to amplify his enviable collection, Hart turns to a Marshall Bluesbreaker and a Swart with one of the North Carolina amp company’s Night Light attenuators built in. “I tend to use [the Swart] more often due to living in a loft,” he remarks. “My favourite pedal at the moment is an early-70s New Zealand-made Hot Cake; it sounds amazing.”

Though Hart says the Swart and his ES-330 would be his desert island rig, we wonder if there’s anything that even someone with a collection as varied as this can still be lusting after? “I have a long list,” he admits. “With a TK Smith Special at the top. And another Frank Brothers Malcolm Young-inspired creation. That, and I’m always on the hunt for New Zealand-made oddities.”

To see more of Robert’s guitars and photography visit instagram.com/lostincrystalcanyons or shadowlands.co.