Major Keys: Why you should always play guitar while watching TV

In the first edition of his new column for Guitar.com, The Aquabats! guitarist Ian Fowles makes the case for why being a couch-potato can be a great thing for practice and inspiration.

Do you watch TV? What about Netflix? Hulu? Amazon Prime? The list goes on and on these days. With so many ways to view the endless programs and shows, it’s very easy to binge-watch your life away. Some might caution you to curtail your screen time, but I’m here to encourage the opposite. Binge away!

But just make sure you always have a guitar in your hands. I like to grab a light, comfortable unplugged electric, like my Strat or Mustang, but of course, any guitar will do. Daily TV viewing is a great time to squeeze in extra practice, as well as a perfect opportunity to come up with new riffs and songs.

You may have heard about the ‘10,000 hours rule’. If not, a summary is quite simple. Studies have shown that it takes approximately 10,000 hours of practice to become an expert at something, which in our case, is playing guitar. Record producer turned neuroscientist, Daniel J Levitin has written about this phenomenon in his incredible book, This Is Your Brain On Music.

He says: “The emerging picture from such studies is that 10,000 hours of practice is required to achieve the level of mastery associated with being a world-class expert – in anything.”

Broken down, that equates to about three hours a day (or roughly 20 hours a week) every day, for 10 years. So why not have some fun while you’re knocking out these hours? Grab a beverage, grab a seat and grab your axe. Get Lost, Break Bad, and rack up those hours…

Already have serious, dedicated practice time during the day? That’s cool, but grab your guitar when you plop into the couch anyway. Make this a more relaxed practice time. Or don’t even think of it as practice at all. Don’t even count it towards practice hours if you want.

Not trying to become an expert, you say? That’s fine, no one is forcing you. However, it can usually be admitted that it feels good when we progress and get better at our instrument. Whether it’s something small like learning a new chord/scale/exercise or the bigger task of nailing that Yngwie Malmsteen solo you’ve been working on for years, some time in front of the tube can actually be a great chance to work on your chops.

Getting out of your own way

One of the biggest reasons I endorse playing while watching TV is that it, at least for me, has been one of my main sources for new song inspiration. When The Aquabats! had our own TV show, we had to come up with lots of songs and pieces of music to score episodes with – often on a strict timeline.

I found that most of the best ideas I ended up using for this were while watching TV shows at night and on weekends with a guitar in my hand. I think there are numerous reasons for this. First, when you watch TV you are generally relaxed. It doesn’t feel like you need to be productive.

How frustrating is it when you sit down with the intent to write a song and nothing comes out? Maybe for hours. If you don’t write a new song while watching TV, hey – no big deal, at least you got to watch some (hopefully) good stuff and got some time to noodle around on your instrument. No stress, no loss.

As an extension of this relaxation that can happen while watching TV, I believe that it gives us the chance as songwriters/composers to get out of our own way. When we watch TV and play the guitar at the same time, our conscious mind is more focused on the TV screen, so we often stop analysing or thinking about what our fingers are playing on the fretboard. This seems to leave space wide open for the subconscious mind to take over.

It allows us to be a little sloppy and have those ‘happy accidents’ that can turn into a cool riff. When we are in that kind-of meditative state of ‘no mind’ there is a chance for ‘the muse’ to speak through us, without being able to overthink or second-guess ourselves. I’ve even found that certain movies and TV shows can inspire certain kinds of songs. Sometimes the programme can spark an emotion that then comes out while moving around on the guitar neck.

Lastly, one of the most important things is to record your ideas. We all say to ourselves, ‘Oh, I’ll remember it in the morning,’ or ‘if it’s a good enough song idea, I’ll remember it.’ Both of these are excuses. Just record it that night. You rarely remember an idea the next day. When I record to my smartphone, I usually use the voice-notes app. I try to plug into an amp and stick the phone in front of the speaker so that the next day I can actually hear a clear representation of what I wrote. It makes deciphering and relearning it much easier.

I’ve definitely recorded a song idea on an unplugged electric that the next day I couldn’t interpret because the volume of my strumming was louder than the notes being played. Sometimes for more complex riffs, I’ll take video on my phone so I can see exactly how the part should be played – however, the audio on a video has the same downfall if not plugged in.

So in conclusion, watch all the TV you want, just do it while playing guitar. It might actually help you get better, or accidentally write your next hit song! 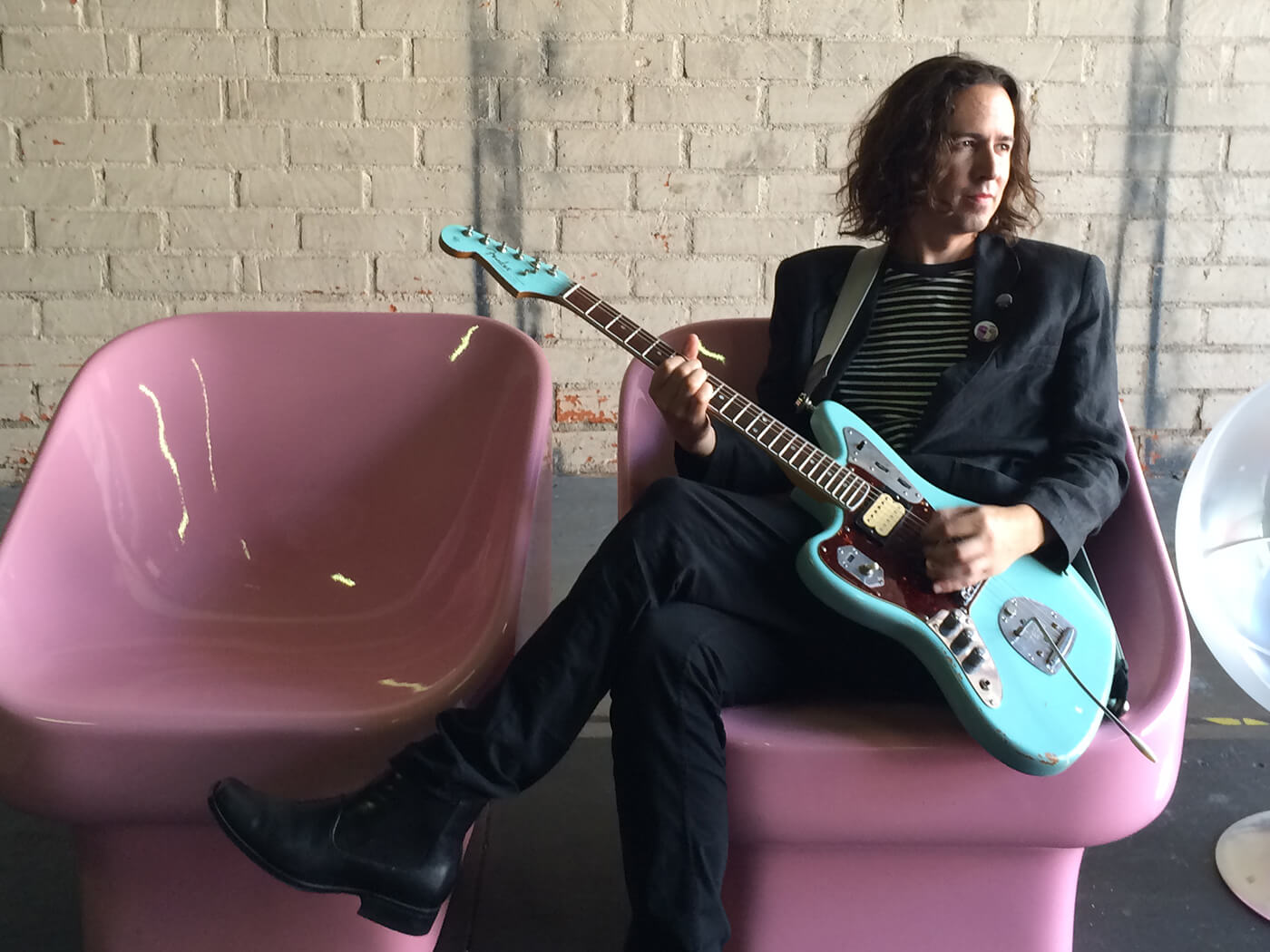 Ian Fowles is the guitarist from southern California who plays in punk-rock superheroes The Aquabats! He loves Cherry Coke, esoteric books, and Fender offset guitars. He has also played with Gerard Way, CJ Ramone and Death By Stereo, among others. Find him on Instagram and Twitter.