“When I heard my first Beatles album, I was immediately moved by the chime like guitar tones from to the beautiful chord progressions of their songs as they blended with the melodies and the beat. It wasn’t until I heard Ace Frehley of KISS that I longed to be a lead guitarist. By the way, KISS was the first rock concert that I ever attended!”

“My 1957 reissue Fender Stratocaster. The Stratocaster is the most versatile guitar in the world.”

“I’ve sold quite a few guitars that I wish I kept. These guitars in particular were very special because they had a great feel, tonality, energy. The first was my 1981 Monaco Yellow Fender Stratocaster. The second was a Jimi Hendrix Gibson Flying V hand painted with nail polish. The third was a ’57 reissue Gibson Les Paul Black Beauty. Finally, I sold a handmade Carlo Greco guitar that I wish I held onto.”

“I’d design a Monaco Yellow or white Fender Strat with a rosewood fretboard, with a humbucking pickup at the bridge and single coil pickups at the middle and neck position. All pickups would be black. Additionally, it would have a coil tap with standard controls and a five-way pick up selector/cut switch.” 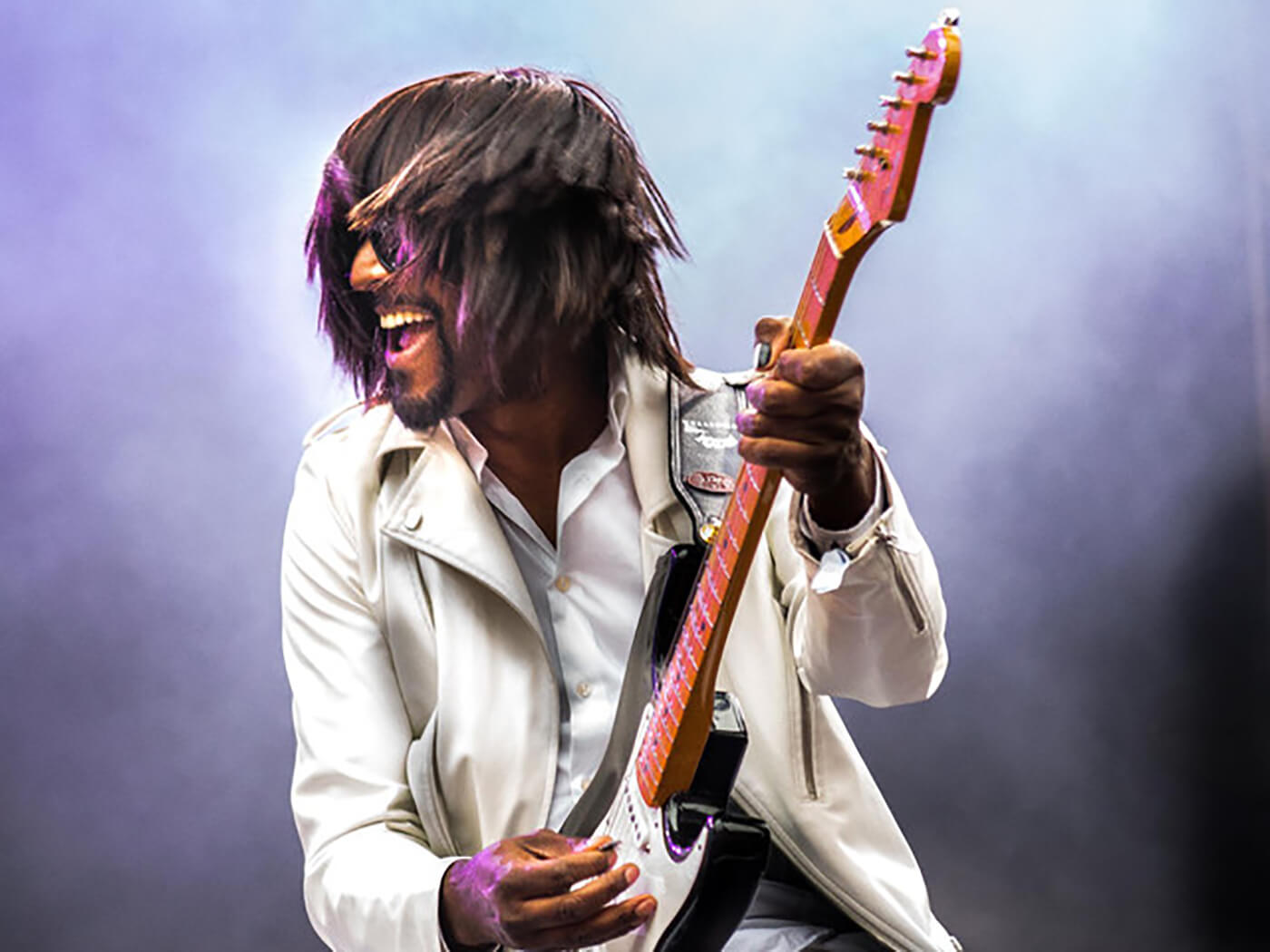 “Usually I play open chords first to check if the guitar is in tune. However, recently I’ve been playing chromatic and circle of fifth scales to warm up my fingers.”

“I very literally had a Spinal Tap moment one time when we were doing a show for the North Sea Jazz Festival; one of my favourite festivals. The venue was massive. With about two minutes to showtime I had to go to the bathroom but went the wrong way. I ended up back in our dressing room which felt like a mile away! With one minute left I figured where it was and made it just in time for the first note of the show, but the funny thing is this whole embarrassing experience was caught on film and broadcast live on Dutch television.”

“My guiltiest musical pleasure is to sit alone listening to System of a Down or Barry Manilow.”

“If I could have been in any band in history, I’d choose The Rolling Stones for their greatness and their longevity.”

“Jimi Hendrix was such an inspiration I wish I could’ve attended his show at The Rainbow in London.”

“It just might take a while depending on the level of difficulty… but anything that I put my ears and or eyes to I can play.”