Meet the man who scaled a 3,000m mountain with his guitar just to record a song

Guitarist Jordi Mestre has always been inspired by the mountains, but his new Soul Mountain project combines his loves in a way that few others would ever think of – and even fewer would dare to attempt…

Long before he was a professional guitarist, Jordi Mestre was in love with the mountains. In 2020 he decided to combine his two passions to create Soul Mountain – a multimedia project that would see him strap his guitar and amp on his back, and scale the Tuc de Mulleres – a 3010m peak located in the Pyrenees of Lleida in Catalonia.
Upon reaching the summit, and with his hands cramping up with cold and the sound from his amp twisted by the altitude and vast open space he was playing into, he recorded a piece of music inspired by his stunning surroundings. Then he came back down and made plans to do it all over again. We spoke to the Catalan adventurer to find out what exactly inspired him to take up this most unique of recording projects, the unique gear and playing challenges involved in getting it done, and just what it feels like to make music with one of the most stunning backdrops on earth…

Soul Mountain is such a unique project, how did you come up with the idea?

“It is easy to explain but it was difficult to realise, and I love that. I was looking for a way to make a project that defined me perfectly, and finally found it by mixing my two passions: music and mountains. Soul Mountain is the interaction of two disciplines that at first sight may not seem related at all, but for me they have always been closely connected.

“I took a ukulele to play on top of the peaks and, later, I thought, ‘Why not an electric guitar?’”

“The search for a way of uniting these two passions is what brought me to create a project that will allow me to play and record my compositions on top of my favourite summits in different times of the year, capturing the whole process on video in order to mix the sounds with breathtaking images that will bear witness to it.”

Presumably you were an experienced climber before all this?

I am a musician by profession, but since I was a kid I’ve always spent all my vacations in the mountains. My father is in love with the mountain and he passed that love on to me. As I grew older, I experimented with and learned different sports and disciplines, and I have been skiing and mountaineering since I was five years old.

“The idea for the project originated a long time ago, while I was on one of my 10-day hiking trips. I took a ukulele to play on top of the peaks, and later I just thought, ‘Why not an electric guitar? What will the experience be like?’ I did some research and saw that no one had done anything like that. Well, after my first experience I already know what it’s like – it’s so freaking difficult, don’t try it! No, really, it’s truly fantastic.” 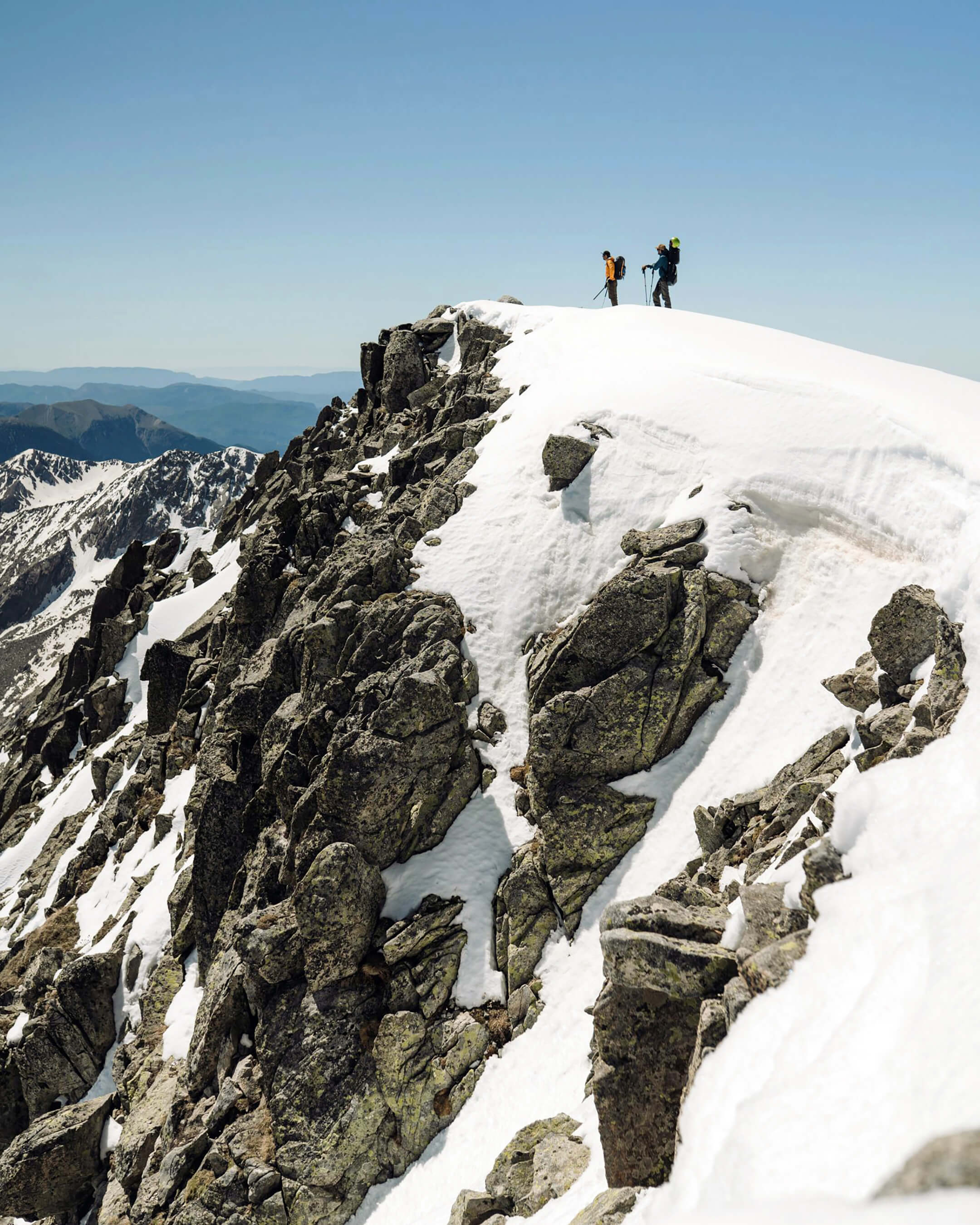 “It’s absolute freedom. Feeling small and feeling that we are nothing in this world. The mountains put us where we belong and put us in awe of the wildest nature. The silence.”

You used a Yamaha Pacifica Mike Stern model for your first recording, Behind The Steps – why did you choose that guitar in particular?

“Well, I’m mostly a jazz and soul guitarist, and so most of the guitars I own are old archtops or semi-hollows – too heavy and delicate to carry up a mountain! The Mike Stern signature is the only solidbody guitar I own that was fit for the job: it’s a super comfortable and very versatile guitar to play, both essential aspects for me. And it’s equipped with Seymour Duncan pickups that really give me the sound I’m looking for.”

What other gear are you taking with you?

“I carry a 10-watt Yamaha THR amplifier. It runs on batteries and gives me more than acceptable sound quality. We also use a Sennheiser 609 microphone, a passive Radial DI and a Zoom H4n pro recorder. Roger [López, Jordi’s mountain guide] helps me carry some of the gear, the rest I keep it in my Mono bag and guitar case.”

We hear that you’ve got a custom gigbag in the works that will enable you to do more challenging climbs in future, what’s the deal with that?

“In truth the regular Mono case doesn’t need many modifications, because they’re already the best cases to carry instruments safely in really extreme conditions, but I’ve requested one a few extra straps to be able to tie it around my waist, like a mountain backpack.

“There is no resonance anywhere, as we are at the highest point for kilometres around us. The sound just leaves and does not return”

“This will help adapting it to my movements while climbing or skiing, while also allowing me to have the weight better distributed between the shoulders and waist. Thanks to these modifications, I will be able to go through more technical and alpine ascents in future.”

Climbing with so much weight and with such a large backpack makes you have to be really careful. Some movements that are done regularly without too much trouble become really difficult with the guitar and all the gear in my back. Roger keeps an eye on us at all times, he doesn’t carry as much gear as Jordi [Rulló, cameraman] and I, in order to be able to react quickly in case of trouble. We try to anticipate risks and climb up as safely as possible, but the mountains can often be unpredictable, even more so with snow conditions. We try to follow all the right steps in order to minimize the chances of having an accident.

“Luckily we had no falls or loss of material last time. The guitar case got some impacts when we were walking through the woods, and at some point I scratched it against a rock, but it resisted well. When we were skiing down the mountain I was really gentle and careful, and the guitar was fine at the other end.”

You’ve mentioned Jordi and Roger, what are they bringing to the project?

Soul Mountain is a team. Without them none of this would be possible. Jordi is the cameraman, producer and editor of the video. He deserves a lot of credit for going up the mountain with all the recording gear on his back, as well as capturing these beautiful images and creating that perfect interaction with the music. His vision is unique.

“Roger watches over our safety. He is one of the best climbers I know and knows how to choose the perfect day to go out to record. And he obviously knows the mountain better than anyone and advises us where we can find the best pictures. They both believe in the project and have helped me a lot, I’m lucky to be accompanied by great professionals.”

Behind The Steps was inspired by the Tuc de Mulleres, did you compose it beforehand or did you improvise it on the mountain itself?

“As a jazz musician I really love improvisation, but there is no room for it at the peak of a mountain, as the weather conditions are really harsh up there. I composed the song in advance, thinking about the ascent and the images we wanted to capture. Perhaps in the future, when we’ve done this a couple more times and have become accustomed to these conditions, we might record songs which are more open to improvisation!”

How challenging is it to physically play guitar in those sorts of conditions?

“The sensations up there at 3,000 metres-plus are completely new. There is no resonance anywhere, as we are at the highest point for kilometers around us. The sound just leaves and does not return, which feels really weird. I had a hard time getting used to it.

“The summit was also covered with a lot of snow, almost up to my knees. It was hard to find a spot where I could rest and play comfortably. I was tired from carrying all the gear and had to stand up to play, which made the weight of the guitar really bother me. The chords I’m playing were also really complicated, I had to stretch my hand and my fingers which was almost painful up there.” 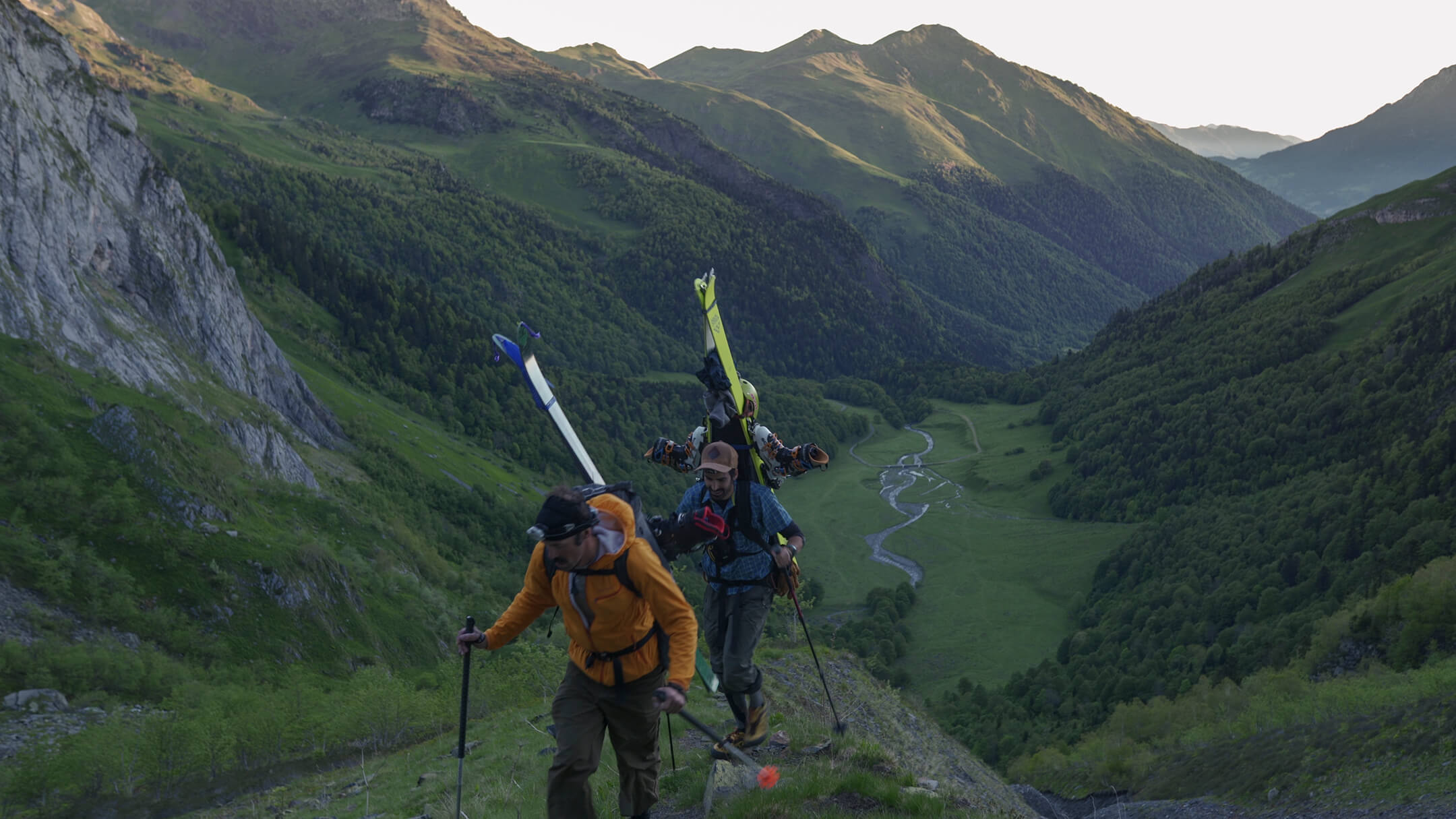 “This is the biggest challenge, the weather conditions must be favourable or else it can’t be done at all. I can’t play with a temperature below -1ºC at the summit, we can’t have any wind… We have to constantly be on the lookout for weather conditions, so as to pick the perfect day in order to play at the top. We were very lucky that we had perfect weather on the first recording day and it wasn’t too cold. My hands responded relatively well in those conditions, but it was late May – almost summer. The next filming session will be in winter, so we’ll see how that goes!”

Where are you planning to climb next?

“We are considering two options at the moment, both very exciting and a bit more technically challenging than the first one. Punta Alta de Comalesbienes (3,014m) – also in the Lleida-area of the Pyrenees – is a very rocky peak with narrow sections that have deep drops on both sides. It is very exciting to ski down this one, as it has steep slopes and tight descent lines between rocks.

“The other one is Montarto in the Val d’Aran. This is one of the first peaks I ever climbed, back when I was six years old. We are planning to go up through an exposed edge using ropes, which will give us spectacular pictures. Some of the descent will be done rappelling down to reach the north face, followed by a very technical skiing section. 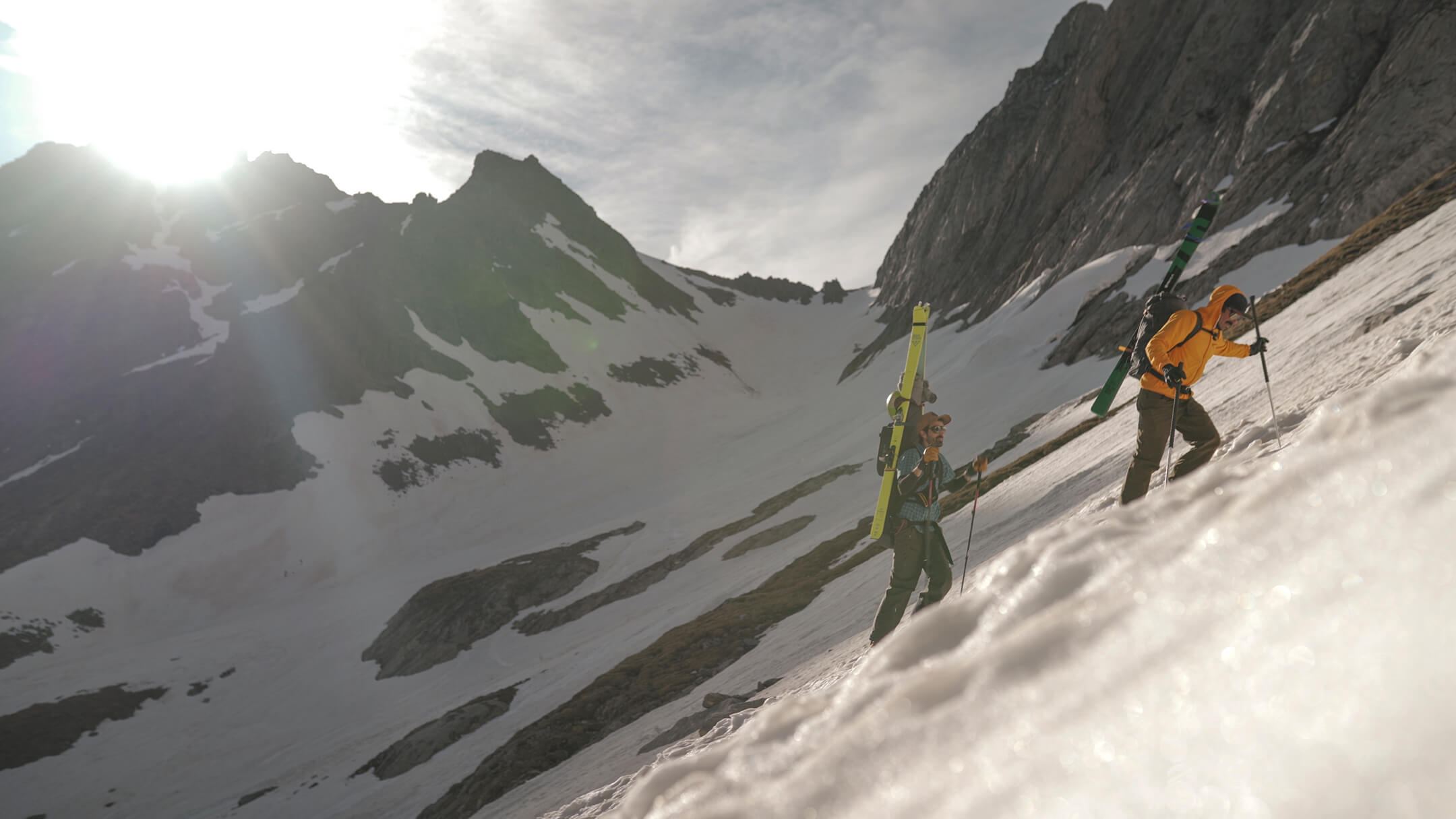 It feels like you’re definitely trying to push yourself in terms of the difficulty of what you’re doing each time, what’s your ultimate vision for Soul Mountain?

“We want to grow and learn with each recording, ultimately taking these ascents beyond borders. We’d like to visit the Alps, go to the United States, perhaps even the Himalayas, who knows! At the moment we’re focused on the next recording, and then the next one after.

“To me this is a life-long project and would never want to stop doing it. Ever since I was a young kid, I’ve never put any boundaries to my dreams. I just hope to bring a little more beauty and awareness into this complicated world, with my contribution in favour of nature and culture.”

To find out more about Soul Mountain, visit soulmountain.cat.