Boy Azooga’s Davey Newington is a man with much musical pedigree. Here he tells Sam Roberts how it all started, from orchestral upbringings to Phoebe from Friends… 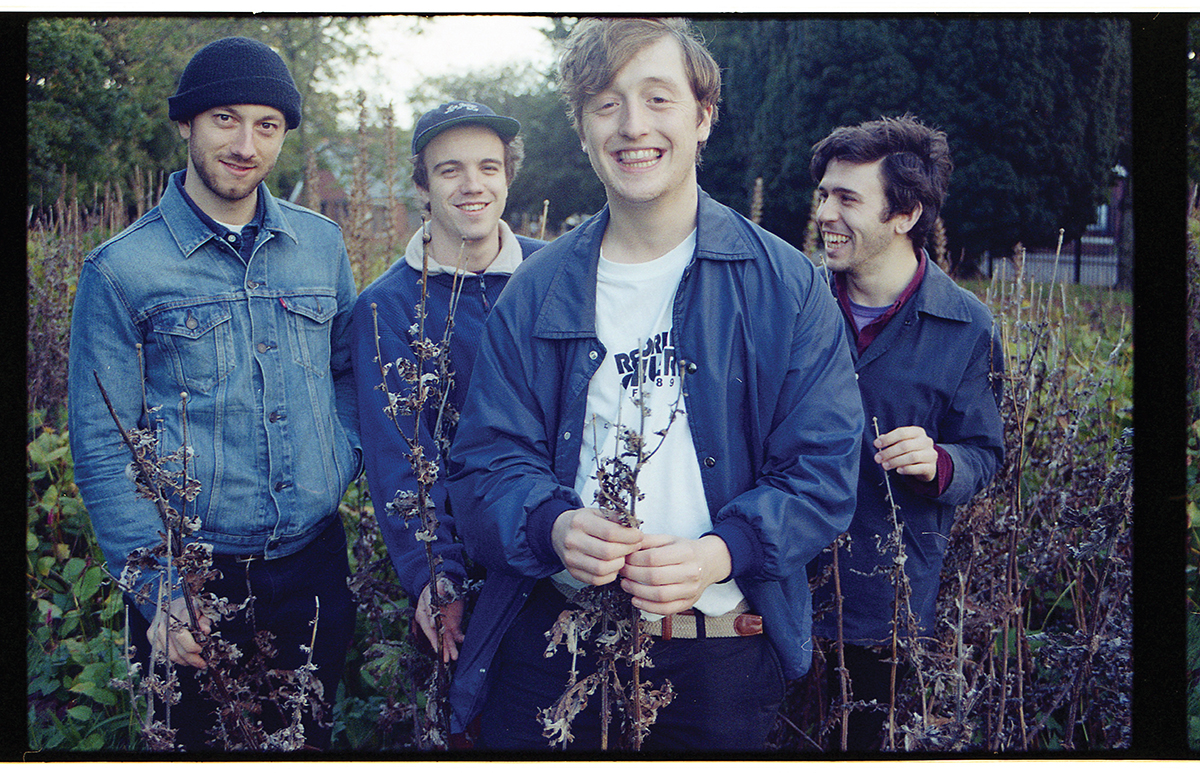 When Davey Newington tells us of the influences that shaped his new album 1, 2, Kung Fu! – released under the moniker Boy Azooga – he namechecks myriad artists ranging from Black Sabbath and Iggy Pop to The Beach Boys and Kelis. It’s this eccentric mash-up of musicians, combined with a DIY ethos, that embodies his enthusiasm for music.
His parents met while playing in the BBC National Orchestra of Wales, and it was a gift from his Dad following a tour that got him started early with music… although not on guitar.

“My Dad came back from a tour of Japan when I was six with a Queen Greatest Flix VHS,” he recalls. “He put it on one day and I started moving around and getting into it, so my folks got me a biscuit tin and cricket stumps. I used to try to play along for hours.”
His interest in guitar playing, and indeed his first guitar, came at a later date and through an unusual influence. “It wasn’t until I was about 14 that I started to take guitar more seriously,” he admits. “My sister loved Phoebe from Friends! She got an acoustic guitar one Christmas so she could cover stuff like Smelly Cat and I used to mess around on that. It was a nylon-string acoustic that sort of became my first guitar. I saw Paul McCartney playing Blackbird and this other song called Jenny Wren on a documentary and I was fascinated. I spent ages in my room on that guitar practising fingerpicking.”

Davey’s ability was immediately evident, and he spent time playing with jazz bands and orchestras in and around Wales, including a stint on Charlotte Church’s Late Night Pop Dungeon tour. Now though, he has embarked on a more personal project in Boy Azooga.
Davey’s multifarious list of influences is apparent on singles, Face Behind Her Cigarette and Loner Boogie. The former, an instant funk earworm, is homage to the late Nigerian groove wizard William Onyeabor, laced with Sabbath’s oft-forgotten psychedelic embellishments. “I love [Onyeabor’s] songs and the sounds of his recordings, so that song was like a celebration of his music!” he enthuses. “The chorus backing vocals are inspired by Sabbath’s Planet Caravan, too, with that Leslie effect on the vocal.” On Loner Boogie Davey’s affection for rhythmic patterns is clear, carrying the harmonic elements of Super Furry Animals with the movement of Oh Sees or Tame Impala’s Elephant. 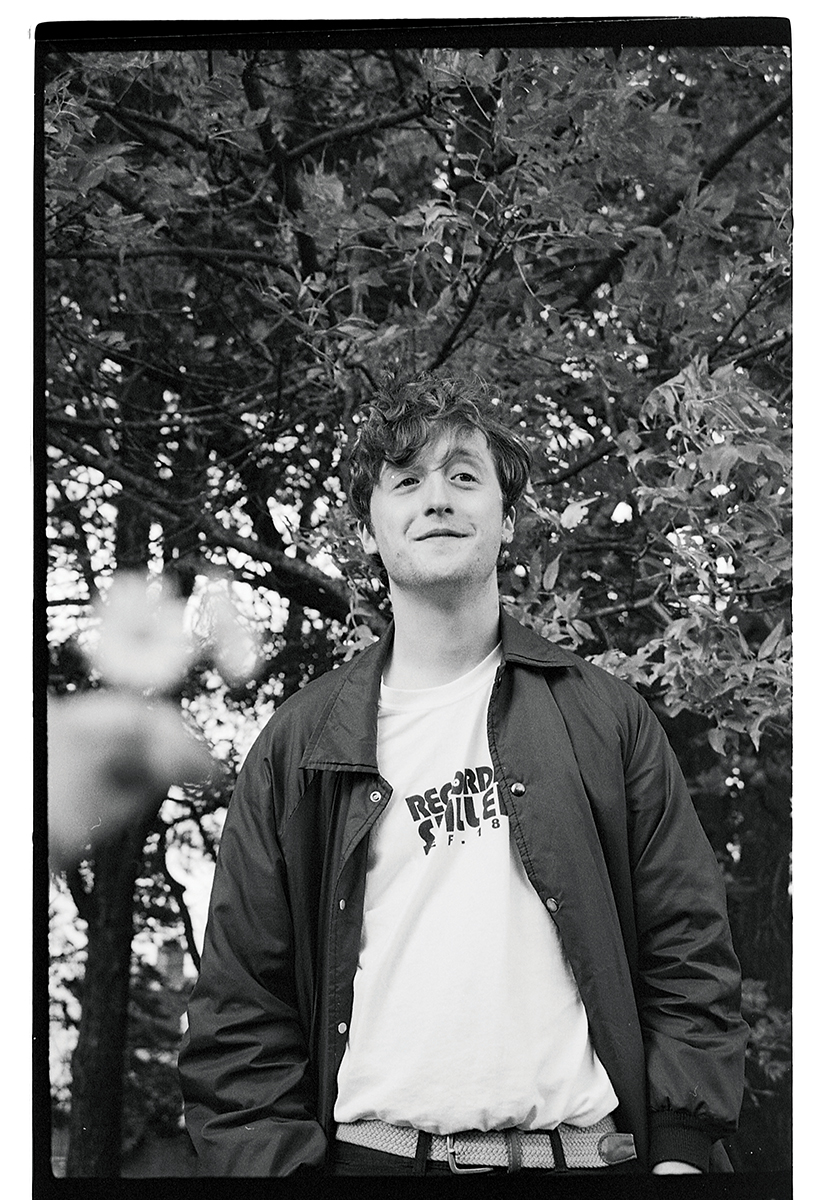 That endless amount of musical illustration came to fruition through the help of Cardiff-based producer Eddie Al-Shakarchi. “I’d been playing drums in bands and demoing songs since I was about 15. This project didn’t really come into shape until I met Eddie though.” He recalls. “He’s an amazing producer, mixer and all round musician. I’m a bit of a blagger on guitar but I’m lucky to have friends like him and Jack Butler from Monico Blonde who have taught me a lot. Eddie and I really clicked and when I started working with him I realised I wanted to make an album of my songs.”

On 1, 2, Kung Fu! Davey decided to play all of the instruments himself, excluding the string parts, on which he came full circle and enrolled his Dad. “I really love multi-tracking and layering stuff,” says Davey of his DIY approach. “And I’m a bit of a low-key control freak! I just knew exactly how I wanted things to be played, so rather than teach someone I thought I’d give it a go myself.”

While Davey’s solitary recording process managed to create an album full of diverse and personal nuances, he has chosen to enrol Daf Davies, Dylan Morgan and Sam Barnes to help him out with live performances.

With album number two already in the pipeline, he’s keen to add the live band to his studio work too. “I still write on my own but it’s really exciting to be able to jam an idea out with the boys,” he admits. “That was something missing from the first record.

“I’ve almost finished writing the second LP and I know there are at least five tracks that I want to do with the band. I love the sound of Neil Young’s album Everybody Knows This Is Nowhere and would love to make a live sounding record like that.”

Boy Azooga’s full live ensemble is now gearing up for a string of headline shows alongside festival appearances, including End Of The Road and Green Man. If that wasn’t enough, they’re all working on other projects, with Davey joining band member Sam Barnes’ Shoebox Orchestra on drums, before revisiting the studio for their sophomore LP.
The debut album received rave reviews in the press, along with being named BBC Radio 6 Music’s album of the day, but Boy Azooga’s stock had already risen prior to this due to an appearance Jools Holland’s Later Live. For Davey though, the hope is to simply continue on this upward trajectory. “Hopefully we can just keep making records and gigging,” he affirms. “It’s all I’ve ever wanted to do.”

Before we go, we have to ask about that name… “It’s named after the film The Little Rascals,” he chuckles. “My cousin and I used to watch it when we were kids. In it they have a chant that goes ‘Azooga, azooga, azooga!’ and we still say it to each other. I thought it’d be good to have something personal in the name, and it’s also really Google-able, nothing else comes up when you search Boy Azooga!”.