His surname might bestow a certain cachet of musical pedigree, but Chris Stills remains an artist that’s defined by his own work – whether that’s on film scores or activism. 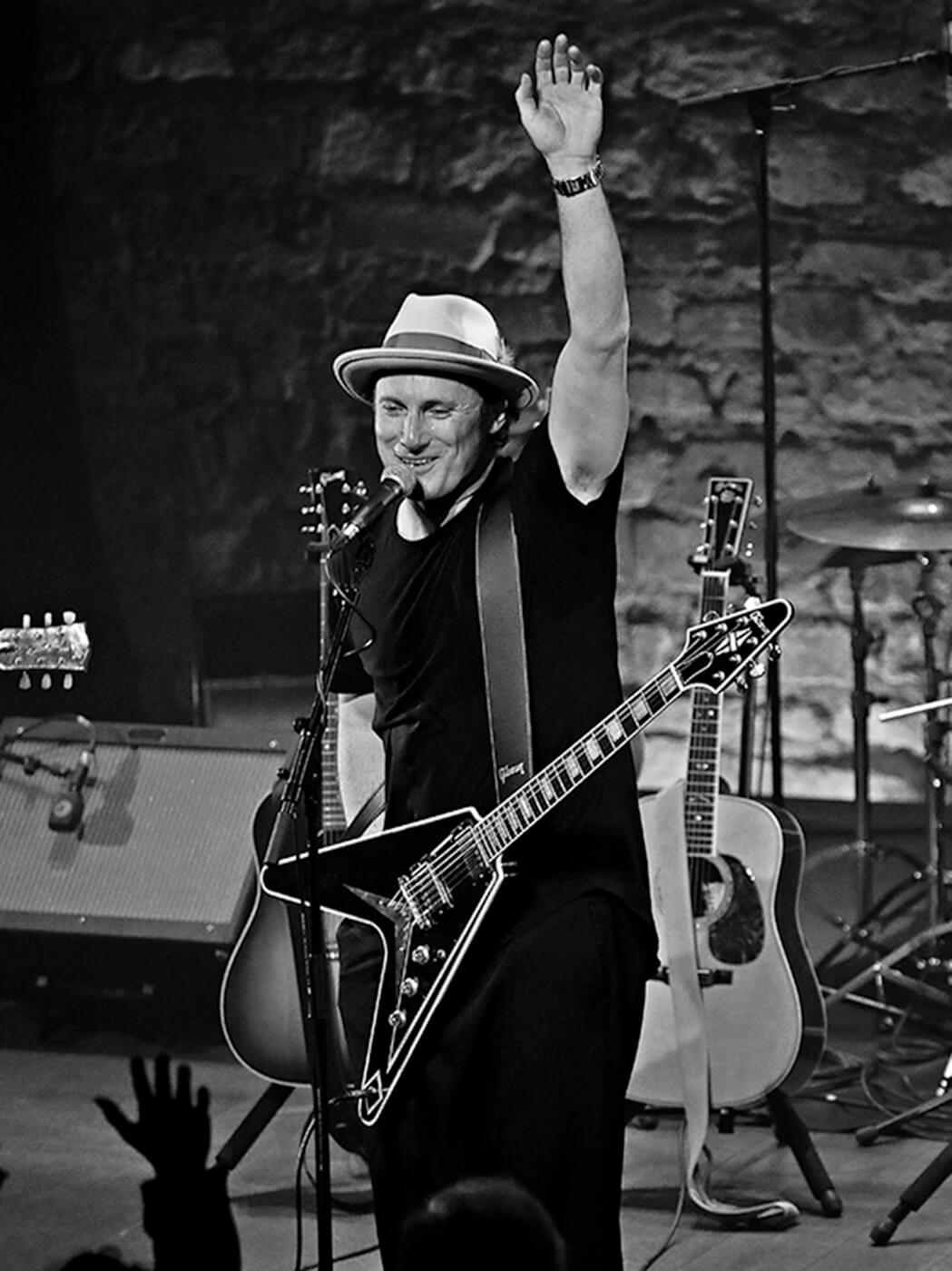 It might surprise you to learn that Chris Stills didn’t begin playing guitar until the age of 12. Although he is the son of legendary musicians Stephen Stills and Véronique Sanson, Chris’ musical journey didn’t exactly begin as you might expect.

Having played piano from an early age, he came to the guitar later. “I was on the road with my dad in Salt Lake City. His guitar tech, Doug Breidenbach, asked me out of the blue if I played guitar. It was strange because in that moment for the first time I realised that no, I didn’t!”

Following his new-found love of six strings, Chris remained part of his father’s touring entourage for a while, briefly forming a band with Adam Cohen, before releasing his debut album 100 Year Thing via Atlantic Records in 1998. His self-titled sophomore album came in 2005.
Following a hiatus from the music industry he’s finally ready to return with Don’t Be Afraid, his first record in 13 years. “There were a few gear changes in that period of time. There was a musical, a movie, and the making of a French record that was never released.” He admits. “I moved back to LA to focus on my family. The making of this record was done bit by bit with my own money as I had no label, so I think it just took the time that it needed.”

Written and recorded following his move back to California in 2012, Don’t Be Afraid is Chris’ most sincere body of work yet. When asked about the background of this record, he presents himself in a modest and reflective manner. “All the songs on this record are inspired directly from my personal life in one way or another. I’ll spare you the details, but there were ups and downs and some tough times.”

Despite his reserved response, Chris’ time away from the musical limelight has evidently brought with it a fresh perspective. When asked about his hiatus he responds with a smirk. “Don’t we all ripen with age? I think what you get on this record is something authentic from me that isn’t overly influenced by anything or anyone. I’m not trying to play what’s popular; I’m just doing it the way that I love doing it.”

His rejection of current popular music is evident through his influences, with the likes of Pink Floyd and Tom Petty’s impressions audible on Criminal Mind and the title track, respectively. He puts this down to a French approach to writing and listening to music. “While I was in France, I fell into a French way of approaching music which can be very different to the American way. When I went back to Los Angeles I dove right back into my roots, and the music that truly inspired me to want to do this in the first place.”

Chris’ impressive musical companions don’t only extend as far as his parents. He collaborated with David Saw and Natasha Bedingfield on Don’t Be Afraid, along with long-time TGM favourite Ryan Adams. “Ryan and I became friends when I played on his epic record Gold. He now has a little studio called PaxAm, and he invited me to come be creative there. We jammed a lot, throwing ideas at each other with great immediacy. He came up with the bridge to Criminal Mind on the fly!” 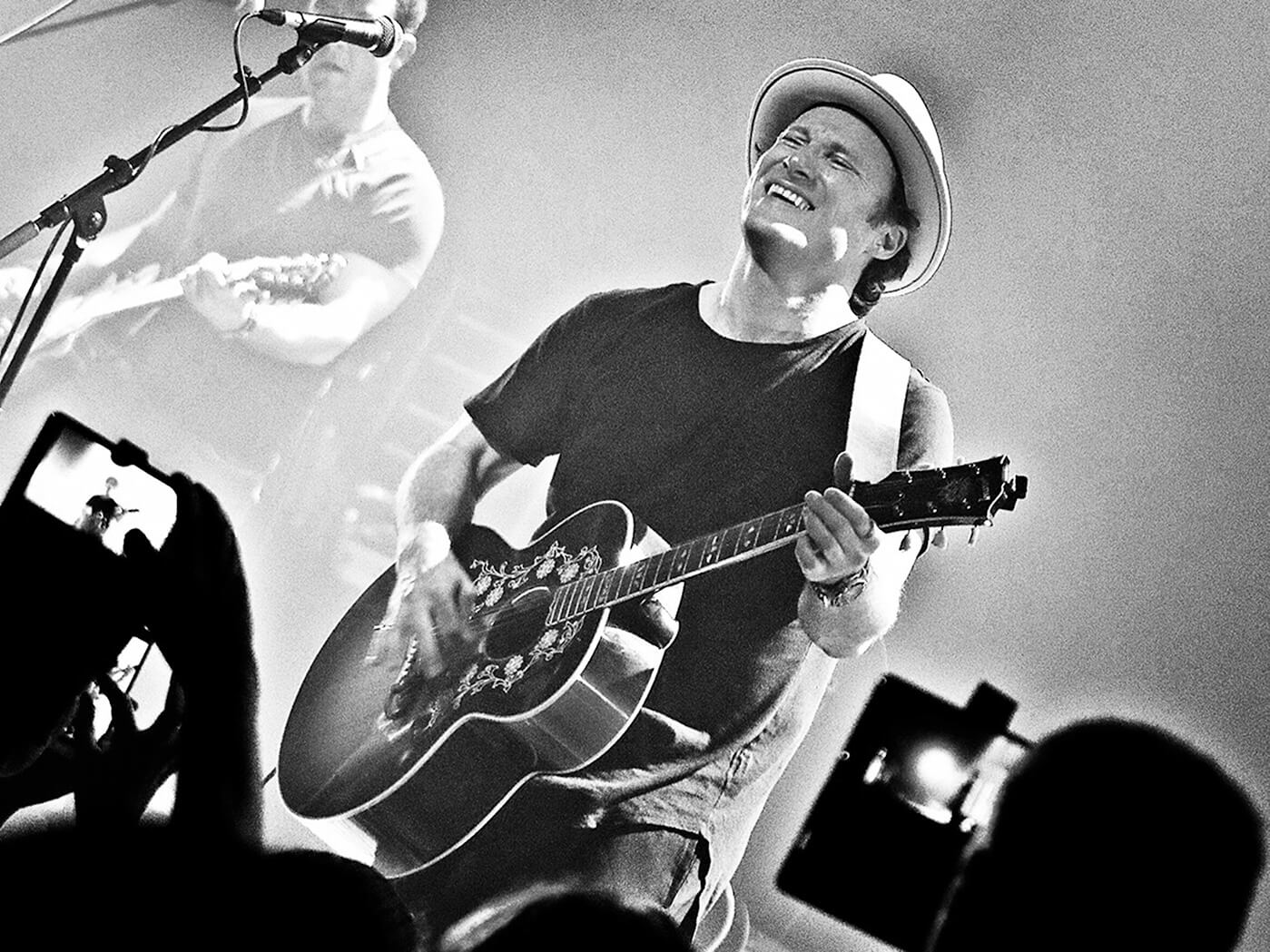 Music isn’t Chris’s only love, however – and part of the reason that he hasn’t had much time to put out records in recent years has been his successful acting career, both in the US and France. He states that acting stole his heart before he found music, but “there is a freedom that one has when recording one’s own music that you just don’t have as an actor in a movie or TV show that you didn’t write and are not directing.”

Alongside acting, Chris has managed to combine his two passions through working in motion picture soundtracks, including work on the Oscar-winning I, Tonya. Despite his love for both the screen and the stereo, he found the experience much more difficult than he expected. “To make a piece of music or a song work for a scene in the movie was so much harder than I could’ve ever imagined. To hit the right mood, to not over complicate things, and to not distract from what’s actually going on in whatever scene takes a keen awareness that I’ve learned and applied to my own music.”

You’d be forgiven for thinking that being a touring musician and successful actor wouldn’t leave much time for many other interests – but you’d be wrong. Chris Stills is also a keen environmentalist and activist, namely working alongside Autism Speaks as part of their Light Up The Blues benefit concert.

“For the past five years I’ve been co-producer and musical director of Light Up the Blues,” he reveals. “I get to work with amazing artists that I love and admire so much. Heading back into a studio environment after being so close to some of the greatest artists in the world can have its effects, for sure.”

With his worldwide tour set to continue right up to the New Year, Chris’s multi-faceted output – whether through performance, film or activism – shows no sign of slowing down. For now though, he’s just looking to find the time to organise the ideas on his voice recorder. “Currently I’m sorting through all my little ideas and Dictaphone bits that I have recorded over the last few years… I’m just trying to find two weeks here or a month there to focus!”

Don’t Be Afraid is out now on Rive Gauche Music.