With a remarkable debut album under her belt, Josh Gardner talks baritones, Bright Eyes and the importance of details with LA’s most exciting young singer-songwriter… 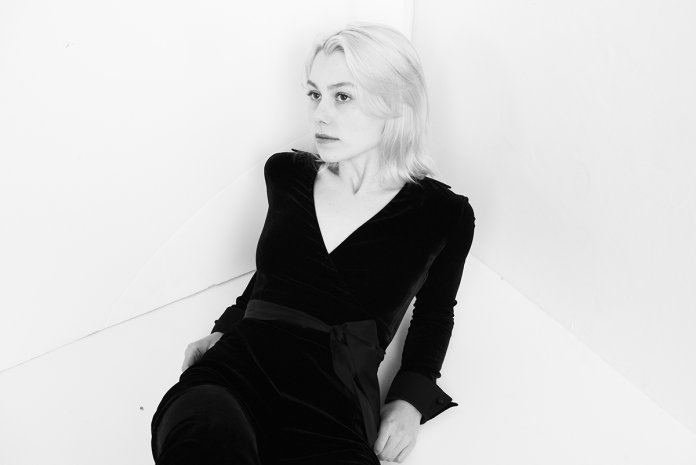 Phoebe Bridgers has had a unique and star-studded journey to seeing her remarkable debut album, Stranger In The Alps, on various end-of-year best of lists – but it all started with Hank Williams…

“I had a kid-sized guitar my entire childhood, then when I was about 12, a friend of my dad’s bought me a full-sized Martin for my birthday, and that’s what got me taking it really seriously,” the 22-year-old explains. “The first song I learned on guitar was Lovesick Blues, and I listened to a ton of Joni Mitchell, Jackson Browne, and Neil Young.”

With an unimpeachable bedrock in place, Bridgers embarked on her journey as an artist, with the tail end of the pop-punk boom of the turn of the 2000s also having a profound impact on the platinum-haired Pasadena, California native’s emerging style. It’s all culminated in Stranger In The Alps – an unflinchingly honest and real collection of songs that recall the wistful melancholy of fellow US indie darlings such as Sharon Van Etten, but also the deep, multi-textured work of late Portland acoustic genius, Elliott Smith.

“He’s one of my favourite lyricists of all time,” enthuses Bridgers. “And his layered guitar tracks can sound like a fucking orchestra.” Bridgers has picked up on that approach in her own writing, and it’s this attention to detail that shines through on album standouts such as Smoke Signals and Motion Sickness. 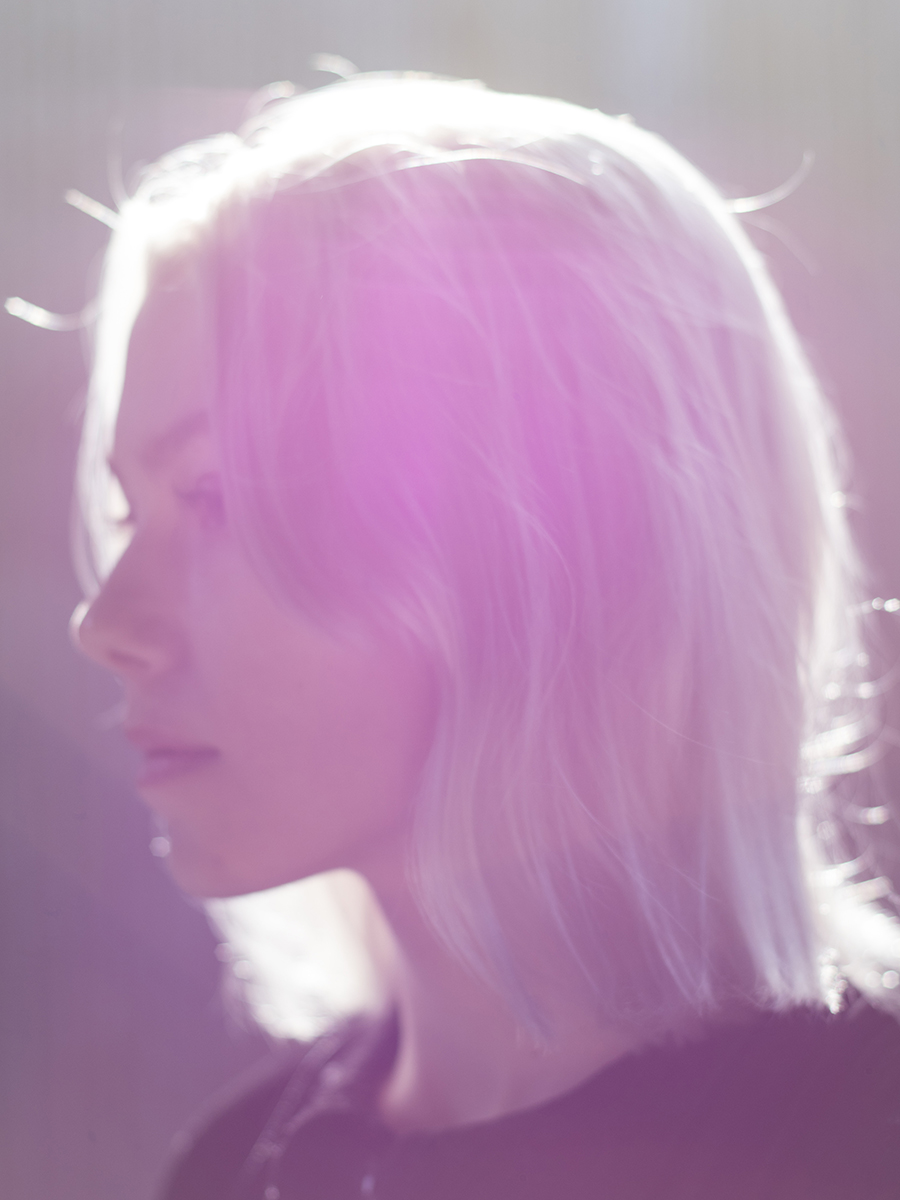 “I tend to gravitate towards little details when I listen to music, so I think I started trying to do it pretty early on,” Bridgers explains of her approach to layering in the studio. “I have a really long note on my phone of random stuff I think would sound cool in songs.”

If Stranger In The Alps is remarkable for the maturity that it shows for a 22-year-old recording her debut, then its even more impressive given that the songs on the album are a mix of long-gestating compositions and new cuts. “It’s about half and half,” Bridgers explains. “The oldest song on the record, Chelsea, I started when I was a freshman in high-school. The newest – Smoke Signals, Motion Sickness, Demi Moore and Would You Rather – I wrote after we’d already started recording.”

That’s not to say that Bridgers’ debut has come out of nowhere – she released her debut EP, Killer, on Ryan Adams’ PAX-AM label, which Adams also produced and recorded.

“He actually texted our mutual friend Marshall, who had been trying to introduce us,” Bridgers recalls of how she first came to the attenion of the Grammy-winning songwriter. “He asked him to send a picture of me, and I guess that was good enough because we went over to PAX-AM [Adams’ Hollywood studio] that night. I played a couple songs and he invited me to come back the next day to record. I recorded the three songs for the seven-inch there, it took us about an hour. He also gave me the Epiphone Frontier that I’ve played on stage for two years.”

One of the most distinctive features of the guitar sounds on Stranger In The Alps is the use of a baritone – an unconventional choice for sure, but Bridgers is now rarely seen on stage without her trusty black sparkle Danelectro baritone. It turns out that her introduction to a longer-scale was a serendipitous one. 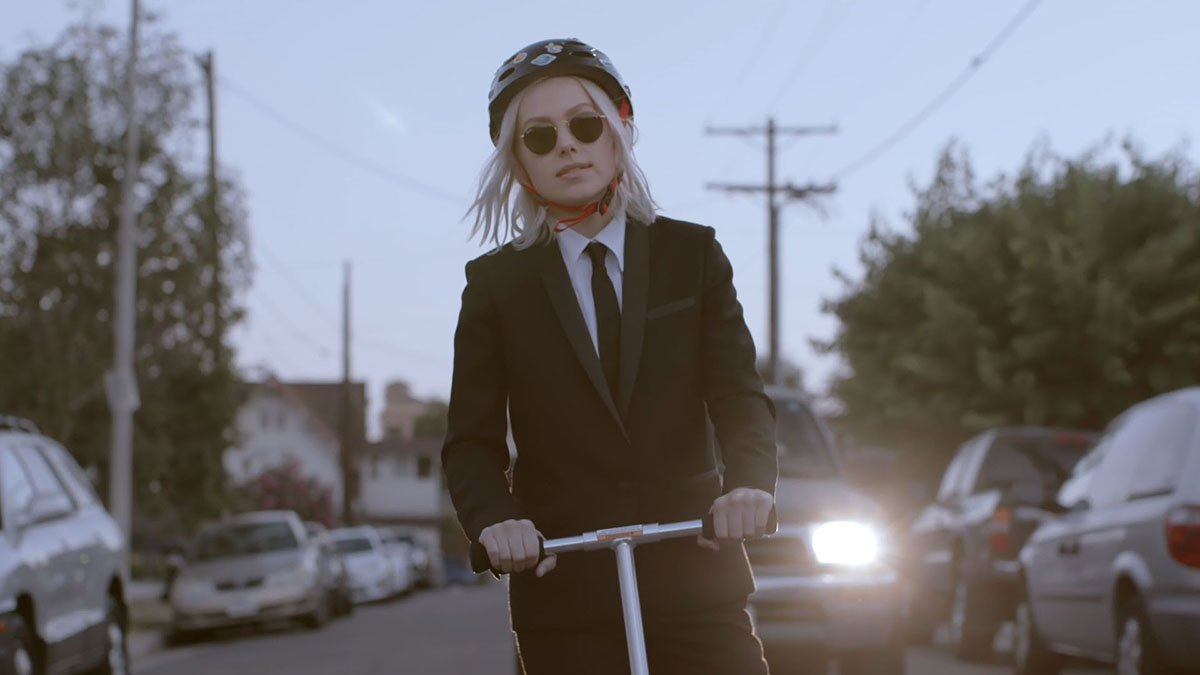 “Tony Berg, who produced the album, had one in his studio and suggested it through a delay pedal for Chelsea,” she recalls. “I went out and bought one that day at a guitar store on the West Side. Two dudes who worked there had a screaming fight right in front of me about who deserved the commission – which almost deterred me from buying it there – but I wanted it so bad, and it was sparkly, so I went for it! It ended up on a ton of the songs.

“It really works with my range, and I love that it can make anything sound emo. It fills out the sound when I play solo. And when I play as a three-piece – with my best friends Harrison Whitford on guitar and Marshall Vore on drums – it really helps when there’s no bass.”

The honesty and intelligence of Bridgers’ songwriting is often compared to Bright Eyes, and it’s a fitting comparison. Bridgers first supported the band’s frontman and creative driving force Conor Oberst at a secret show in LA, and the relationship soon blossomed into a friendship that has seen the pair write and tour together.

“He’s one of my favourite songwriters of all time, so it’s a little intimidating trying to collaborate with him,” Bridgers admits. “But I hope to get used to it. My music is definitely deeply influenced by him, and I’m also very envious of the freedom he’s created for himself as an artist. He can genre-hop and start any kind of side project, and it all sounds like him.”

With her debut album making such a strong statement, Bridgers is clearly well on the way to realising her own unique voice. We can’t wait to hear more.

Phoebe Bridgers’ debut album, Stranger In The Alps, is out now on Dead Oceans.