A brief history of Mesa/Boogie

The world’s most famous boutique amp brand has been bringing high gain to the pros for over 50 years, but it all started with one man who didn’t even take electronics class in high-school.

Given how ‘modern’ the brand’s gear sounds, and how entrenched they are in modern rock genres, you’d be forgiven for assuming that Mesa/Boogie was a relatively modern brand – far from it.

Mesa/Boogie’s history goes all the way back to the tail end of the swinging 60s, being founded by California native Randall Smith in 1969, and spending the next 50 years creating amplifiers beloved by pro guitarists of every stripe and becoming one of the most famous names in amps in the process.

Randall Smith was born in 1946 in Berkley, California to a hugely talented musical family – his parents and sister were all part of the Oakland Symphony Orchestra. Early on Smith developed a love of electronics and before long was building ham radios and repairing record turntables his audiophile uncle donated to him – though remarkably he never actually studied electronics formally.

Despite Berkley being one of the US’s most famous college towns, Smith attended UC Santa Barbara 300 miles away. Berkeley in the 60s was a hotbed of the counterculture and like many parents of that era, Smith’s wanted him kept away from the influence of the students and faculty there.

Inevitably it didn’t work and every weekend Smith would hop a freight train back to the Berkley area to catch up with friends, watch bands and attend Beat poetry performances in the town’s coffee houses.

After four years of studying humanities, English literature and creative writing at Santa Barbara, Smith returned to the San Francisco Bay area without graduating, but with an itch to get involved in the city’s burgeoning music scene.

Smith had only learned a little saxophone and clarinet from his father growing up, but decided that drums would be his way into the psychedelic San Fran scene, and in the ensuing years he played in several bands around town.

Then in 1967 he opened Prune Music store, which soon became a popular spot for the alternative crown in San Francisco. Despite still having no formal electronics training, Smith set up an electronics shop in the back handling instrument repairs and mods, while his business partner running the main shop up front 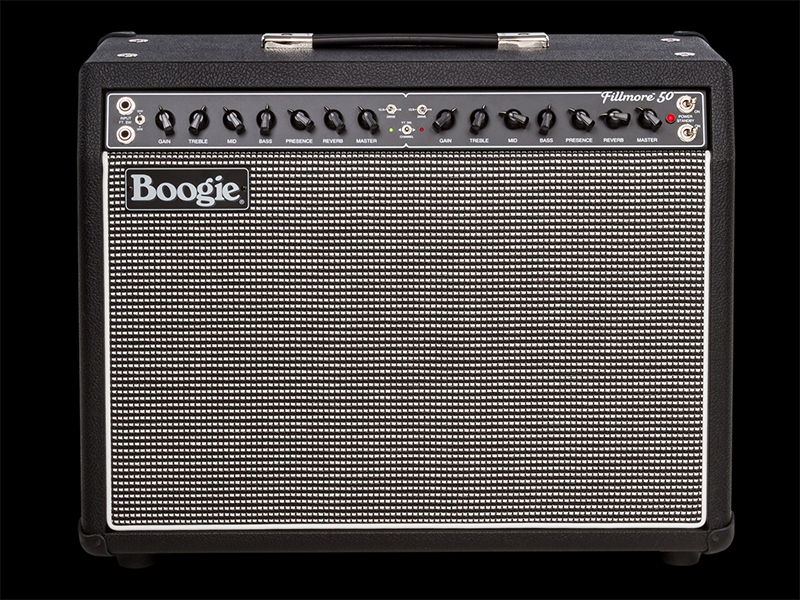 Smith’s first amp build started out as a joke. Literally. As a practical joke played on a guitarist in a local band, some mischievous scamps commissioned Smith to turn a 20-watt Fender Princeton into a 100-watt 1×12 – but to keep the Princeton’s aesthetics so the subject of the joke wouldn’t be alerted.

Smith duly got to work installing the amp section from a 100-watt Fender Bassman into the Princeton, and the 10” speaker was swapped out for a 12”. But he needed someone to test it out to make sure the joke wouldn’t be a dud. Enter Carlos Santana.

Santana was browsing the wares at Prune Music when Smith approached him and asked him if he would try this amp out. Santana was reluctant, assuming it was just another Princeton until Smith assured him that this was emphatically not any old Princeton.

Despite being created as a practical joke, Santana came away from his encounter with Randall’s 100-watt 1×12 impressed, and uttered the now famous line, “Man, that amp really boogies!” Soon, the ‘joke’ amp was far from it – people raved about the tone and power of these pint-sized amps and he would eventually build over 200 of them, christening them ‘Princeton Boogies’.

While he was building the amps, Smith was also indulging in another of his hobbies, moonlighting rebuilding the engines on Mercedes cars. In order to be able to buy both car parts and amp components at wholesale prices, he created a nebulously vague company called ‘Mesa Engineering’ – he left the ‘Boogie’ part out because he wanted it to sound serious and official when sourcing Mercedes parts from Europe.

In actual fact, Mesa was very nearly Marin Engineering instead – he only changed the name when he went to file the paperwork to make the company official and was told that the ‘Marin’ name was taken. He pulled out the name Mesa Engineering off the top of his head because he didn’t want to go to the back of the line! 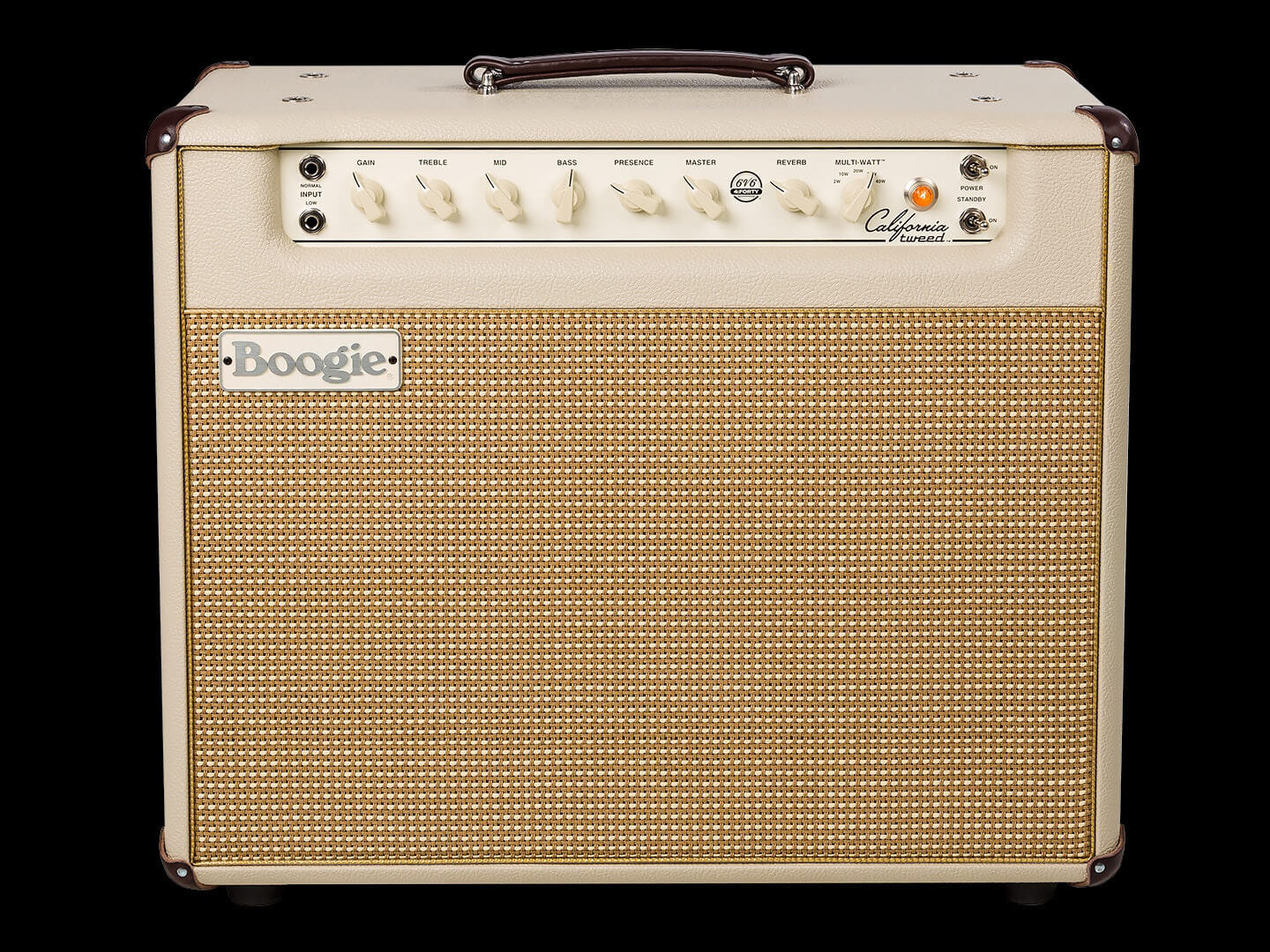 Smith’s Princeton Boogies were a roaring success, but his next innovation would be the one that would cement his place in amp history. One day, Smith got a custom order from rock multi-instrumentalist Lee Michaels to build a preamp to drive his Crown power amps.

Smith decided to add an additional tube gain stage to this custom preamp, with three variable gain controls placed throughout the circuit – Smith had invented what we now know as a cascading gain stage.

The preamp would be the world’s first true high-gain amp, and soon after Smith decided to take the preamp design and combine it with what he’d learned about compact, high-powered amps from the Princeton Boogies. The Mesa/Boogie Mark I was first released in 1972 and quickly became a choice for in the know pros – The Rolling Stones and Carlos Santana were early adopters. This star association soon established Mesa Engineering as one of the first boutique amp makers.

Over the next decade, Smith made different versions of the Mark I that offered things like a parametric EQ, reverb, and different speaker variations. He also made some changes to the cabinet structure, and in 1978, these all culminated in the release of the Mark II.

Over the decade Smith remarkably made over 3,000 amps in his home shop, which was still called Mesa Engineering, though the amps themselves were branded as Boogies. Mark Series amps to this day still have the Boogie logo on them as an homage to everything the company achieved in those early years.

By 1980, Mesa had moved from Smith’s home shop into a dedicated facility in Petaluma, California – all Mesa/Boogie amps are still made in this shop to this day. Over the course of the 80s Boogie moved with the times and made everything from amp heads and combos to rackmount preamp and power amps.

If the Mark series had made Mesa/Boogie the choice of discerning pros in the 60s and 70s, it would be another remarkable high-gain amp that would change the direction of the brand forever in the 1990s – the Rectifier.

The original Rectifier amp was itself inspired by a boutique high-gain icon of the 1980s – the legendary Soldano SLO. The Rectifier head offered perfect high-headroom, high-gain tones for the wave of bands that would sweep along in the wake of grunge – in fact it was rare to see a nu-metal or pop-punk band in the mid-to-late 90s take the stage without also spotting the distinctive industrial steel faceplate of the Dual Rectifier in their backline.

The first two decades saw Mesa expand and refine the Rectifier concept to suit the needs of bands that required something a little different, whether that be the compact Stiletto and Lone Star, the stadium-ready Road King and even the tiny Mini-Rectifier head. The company also launched a line of well-received effects pedals in the early 2010s – including the valve-powered V-Twin.

In 2019 Mesa Engineering celebrated its 50th anniversary with a series of special edition amps, including a gold-plated Triple Rectifier head, were released to mark the occasion, all while reminding the world of Mesa’s position as the most famous boutique amp brand.

Then, in 2021, Mesa/Boogie changed forever. After more than five decades stewarding the company from the ground-up, Mesa/Boogie was acquired by Gibson Brands, becoming part of main man Cesar Gueikian’s revolution at the guitar giant.

At 75, many would have assumed that Smith would take the opportunity to put his feet up and bask in his success, but he was having none of it – Smith was promptly installed as Master Designer & Pioneer of Mesa/Boogie and all of Gibson’s forthcoming amplifier projects. Not bad for someone who never took a single electronics course!