Amp FAQ: How can I add a dwell control to my Fender-style reverb circuit?

Our resident amplifier guru Chris Fantana explains how a simple circuit mod can give you much greater control over your reverb tone. 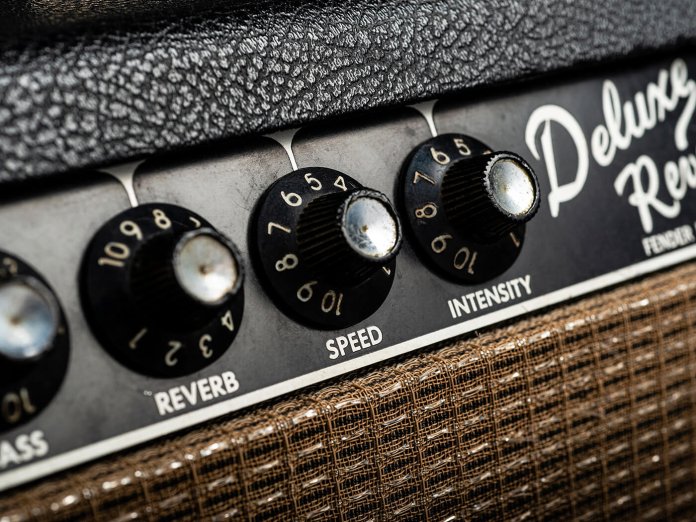 Hi Chris, How can I add a dwell control to my Fender-style reverb circuit?

Hi Andrew, It’s not a secret that Fender’s classic reverb circuit sounds great up to three or four on the dial, but unless you play surf music [or are the reverb-addicted editor of this magazine – Ed] the effect can become too intense for the average player at any setting higher than that. It’s just one of those things that players have put up with for years.

Thankfully, there are myriad ways to improve this, from swapping in different valve types to both the drive and recovery stages to changing component values to alter the circuit.
The easiest way, and also the most versatile, is to add a simple dwell control. This sits before the reverb’s driver stage and controls the signal level going into the circuit. You could think of it as a preamp control, allowing the user to drive the reverb circuit as much or as little as they’d like.

The result is not a simple volume control, though. By driving the reverb less, the dwell control affects the decay time of the reverb, allowing you to shorten it. This, balanced with the normal reverb control that sits at the output of the circuit, allows a far greater range of reverb sounds to be accessed with very little effort.

At fully clockwise, the reverb circuit is stock Fender, but as you turn the control counterclockwise the decay time is shortened. There is a tonal benefit too, as when the as the dwell control is lowered, more lower frequencies are allowed into the reverb circuit.

Figure one shows the stock input circuit. The guitar signal is filtered by the RC network of both the 500pf capacitor and the 1M grid-leak resistor before entering the control grids of the 12AT7 valve. We need to replace this 1M resistor with a variable type, also known as a potentiometer. A standard off-the-shelf 1M logarithmic pot will suffice, with lug three grounded (the back of the pot works great) and lugs two and one working as the output and input respectively.

Figure two shows the new circuit, with the potentiometer wired in as stated. Now, you can send all of the guitar signal through the reverb circuit, some of it, or none at all.

But that’s a problem, isn’t it? If you turn the dwell off completely, then you’ll have no reverb at all. Figure three shows an improved version, where the 1M resistance is split between a 500k pot and a 470k 1/2w resistor – closest E12 value to 500k. Now, the dwell control will still reduce the decay time of the reverberations, but not all the way to zero and turning the effect off altogether. 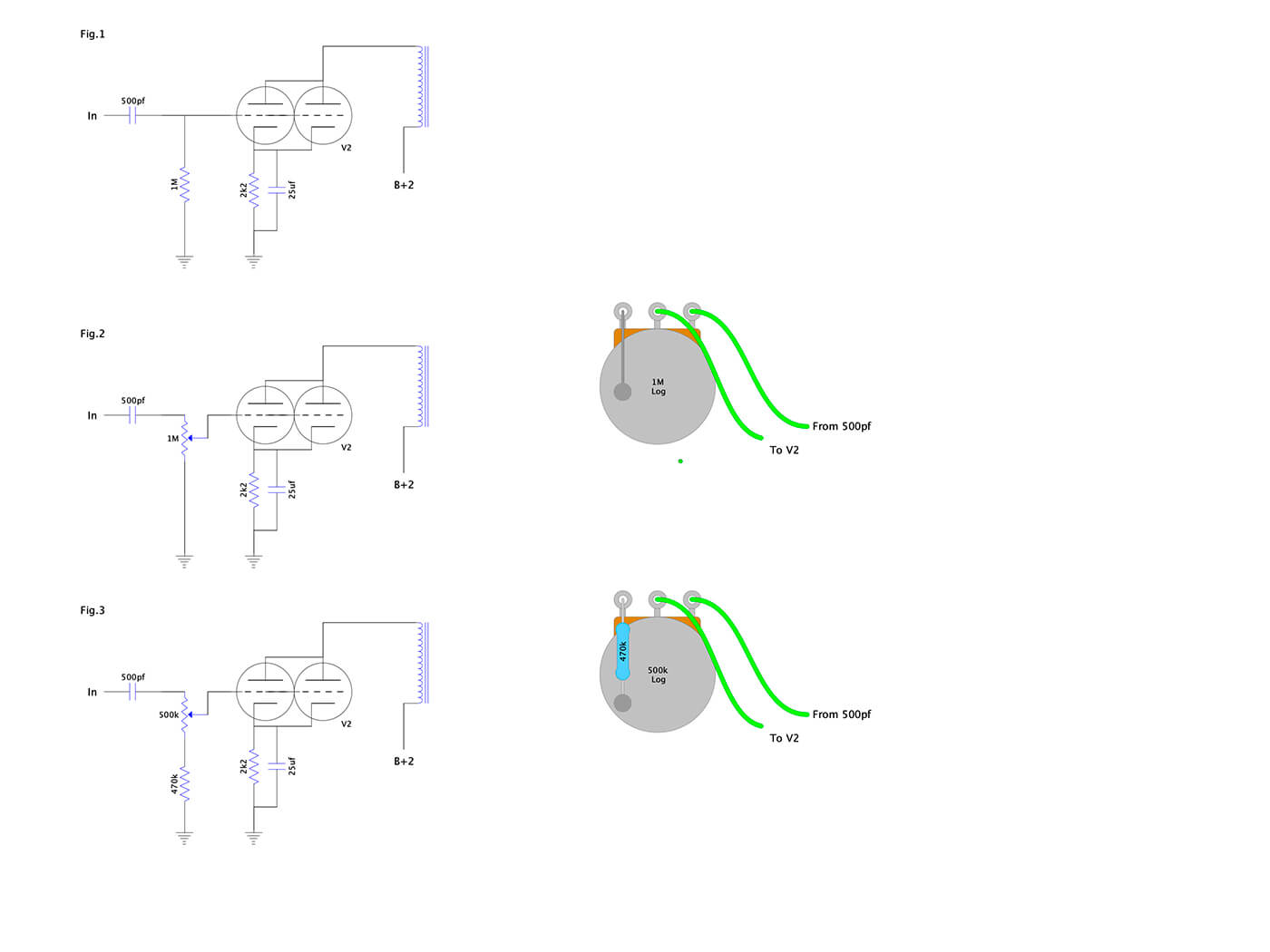 With the dwell control wired up, you can now turn the level control up much higher than you would normally and then use the dwell to control how long the effect lasts. Gorgeous, spacey echoes are now available, perfect for atmospheric playing.

If you’re brave, try experimenting with different values for the 500pf input capacitor. You can choose to fatten up the tone with a larger value or reduce it for an airy ’verb that dances around behind your tone, without getting in the way.

As always, if you’re poking around inside a valve amplifier please be careful. Follow simple safety steps such as unplugging it from the wall first, measuring and discharging the high-voltage capacitors, and taking your time. If you’re unsure how to do this, your local tech will be able to help.