Amp FAQ: How to adjust the midrange on a tweed 5F10 Harvard clone 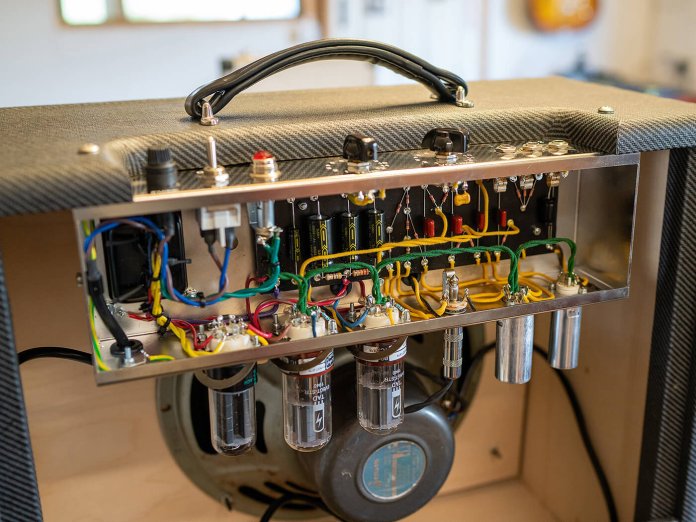 Hi Chris, Is there a way to adjust the mids on my tweed 5F10 Harvard clone?

Hi Ed, As some of our readers will know, many of the low-wattage tweed Fender amplifiers from the 50s and very early 60s came with a single tone control, allowing the user to control the upper-frequency content. However, owing to the rather large 4.7nF cap in the circuit, some of the mids were affected too. This created a rather simple but effective tone control that covers most bases without complaint.

However, many players run the control at maximum, just to get some sense of top-end and clarity, even when set for clean operation. Tweed amplifiers were, and still are, full of glorious midrange content that many guitarists find irresistible when paired with an era-appropriate guitar such as an ash-bodied Telecaster. The slightly percussive front-end to the note, combined with the full-bodied push and presence is one of those tonal wonders that players keep revisiting, time after time.

Plug in something from a later period, however, such as a 1970s Les Paul Deluxe, and the mids can become a little confused and muddy –congested, even. Thankfully, with a few small components and a soldering iron, we can make your amplifier much more versatile by converting the tone control into a midrange control. 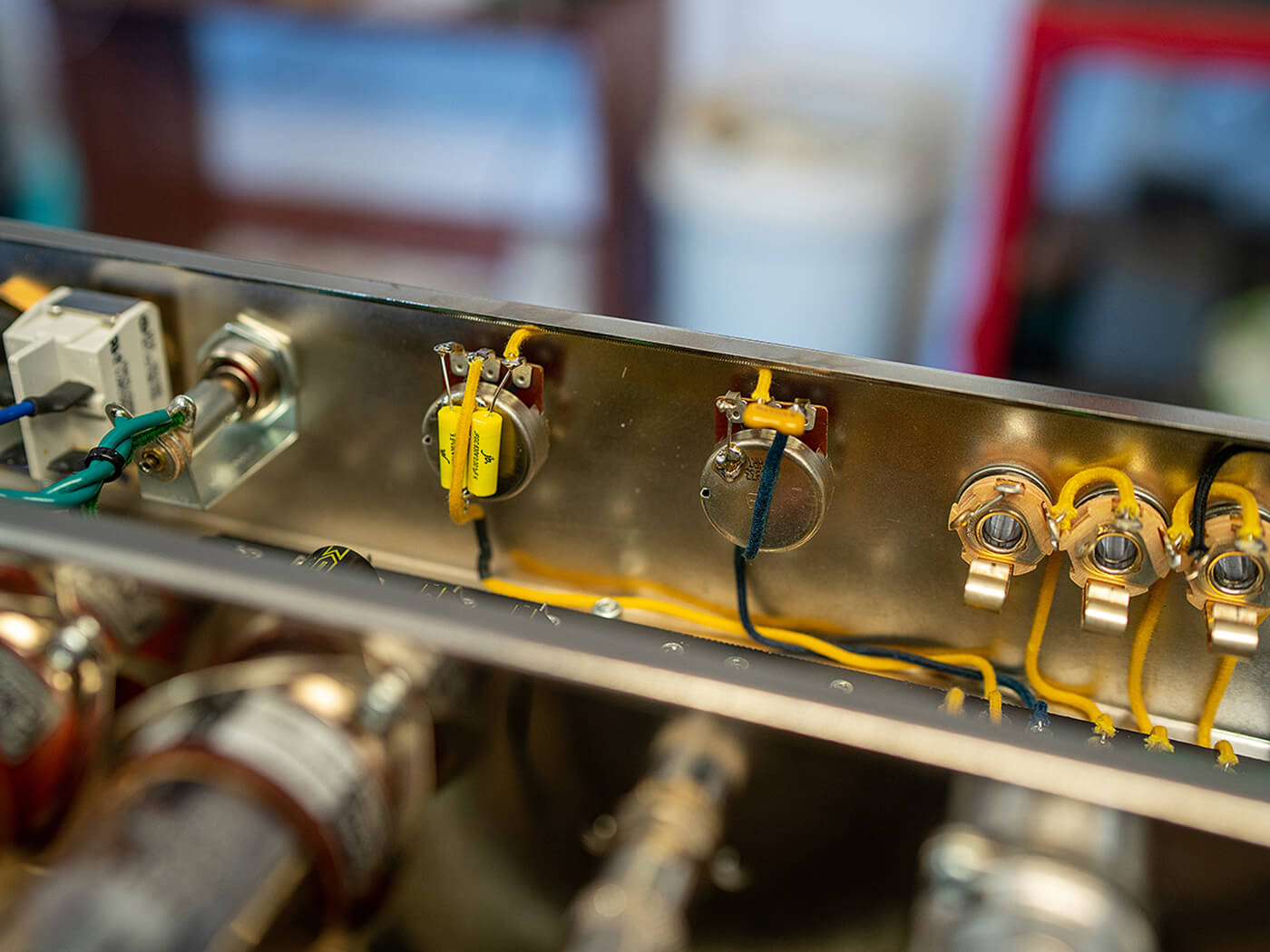 Middle of the road

This is a great modification that can be easily reversed if you don’t get on with it, but I highly recommend that you give it a chance. You will have to control the treble with your guitar’s tone control, but you’re doing that anyway, right?

With the control set fully clockwise, the tone is standard tweed. Turning it counterclockwise will progressively remove the mids, scooping out the sound and revealing the full detail of both the bass and treble frequencies.

Figure 2 is our new circuit. We have repurposed the tone control as a full-range mid, removed the 4n7 capacitor, repositioned the 500pf – which can also be removed entirely – and added the crucial 1nF capacitors and a single 100k resistor. 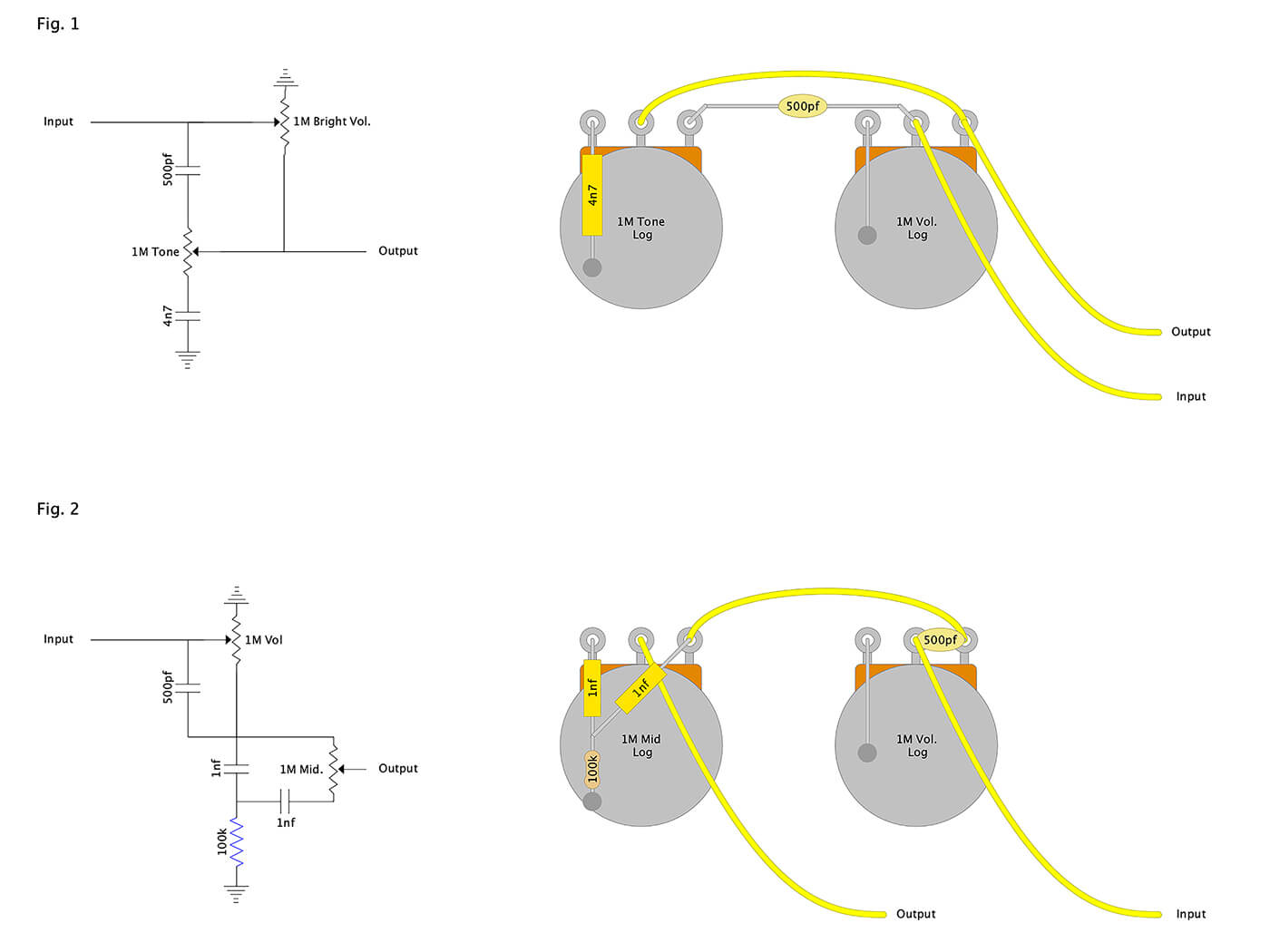 The input and output wires will connect to their current locations on the board, but the output wire now connects to lug two on the mid control.

The two 1nf caps are connected to lugs one and three, with their other ends tied together, then grounded via the 100k resistor. The back of the potentiometer is usually the best place for this. If you want to increase the scoop depth you can decrease this resistor’s value, down to a maximum of 22k.

This new circuit sits after the volume control, so with a little knowhow could be added to other amplifiers, such as a 5E3 Deluxe. 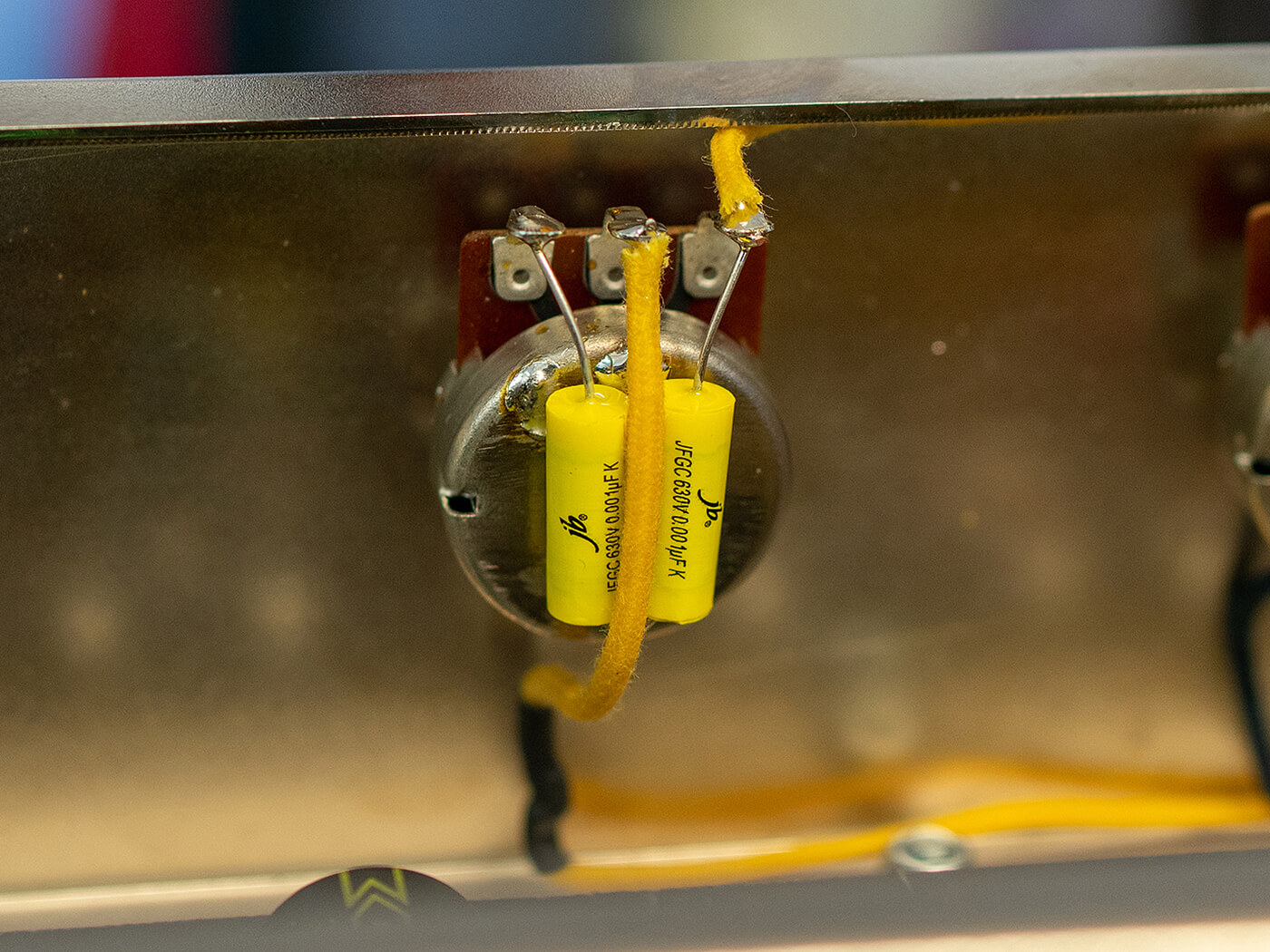 With the modification now complete, and the usual safety checks in place, it’s time to give it a try. I recommend starting at a moderately low volume and setting the mid control fully clockwise. Using your guitar’s tone control, back off the treble to suit your playing style, then slowly turn the mid control counterclockwise to hear the midrange drop away.

It’s a surprisingly powerful tool that will require some practice to balance the amplifier, any effects pedals, and your guitar to get the best out of it. Once you do, however, I doubt you’ll ever switch back.