You Ask: What’s an outer foil in guitar amps? 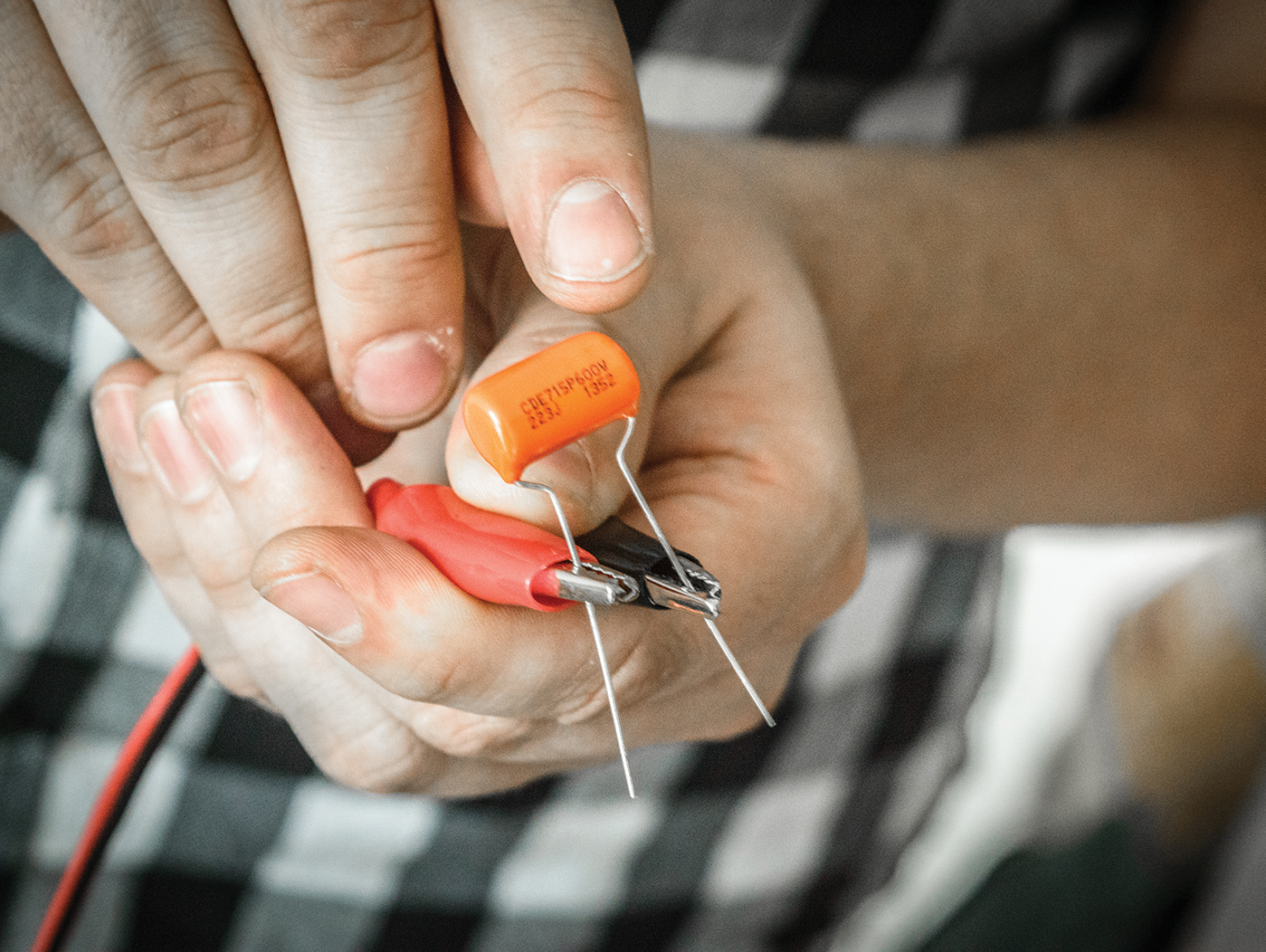 This week, we have a query from Steve Carpenter, who wants to know more about a discreet amplifier component: outer foil.

Steve asks: “You mentioned the term ‘outer foil’ in your article on Rift Amps, and I’ve seen it on some capacitors. What does it actually mean, and why is it important?” 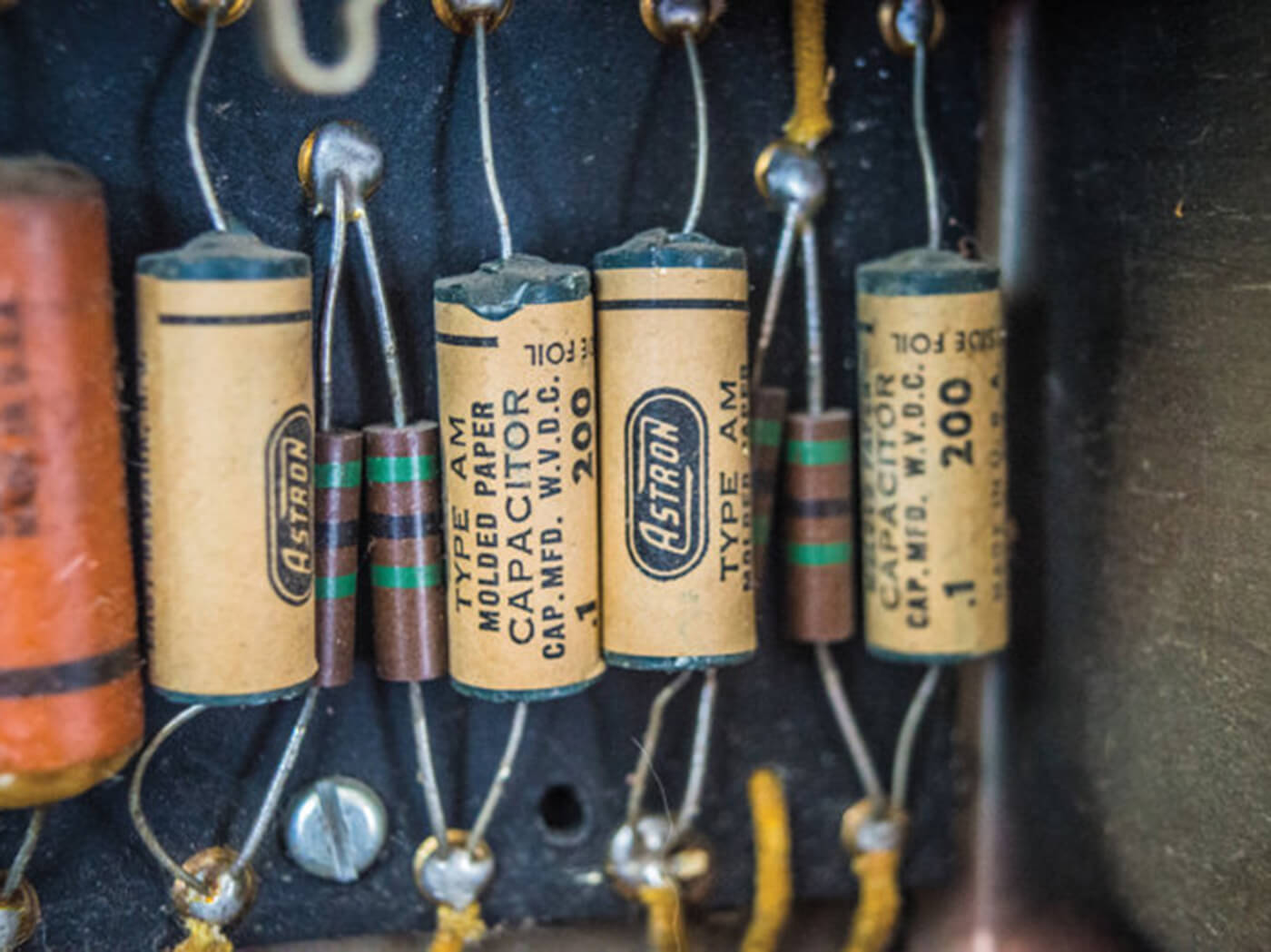 One of the (many) things we learned during our visit to Rift Amps was the importance of identifying and correctly orienting the outer foil of signal capacitors. We had seen outer foil markings on some capacitors but never given it much thought.

If you check out some of the ‘make your own capacitor’ videos on YouTube, you’ll see that two layers of metal foil, separated by a non-conductive material, are rolled together to form a tube. Inevitably, one foil layer ends up on the inside and the other is on the outside.

According to Aiken Amps, correctly orienting capacitors makes amplifiers “much less susceptible to outside noise, including hum, interference from fluorescent lighting and tendency towards oscillations or frequency-response peaks and dips due to unwanted feedback from nearby signals within the amplifier”. 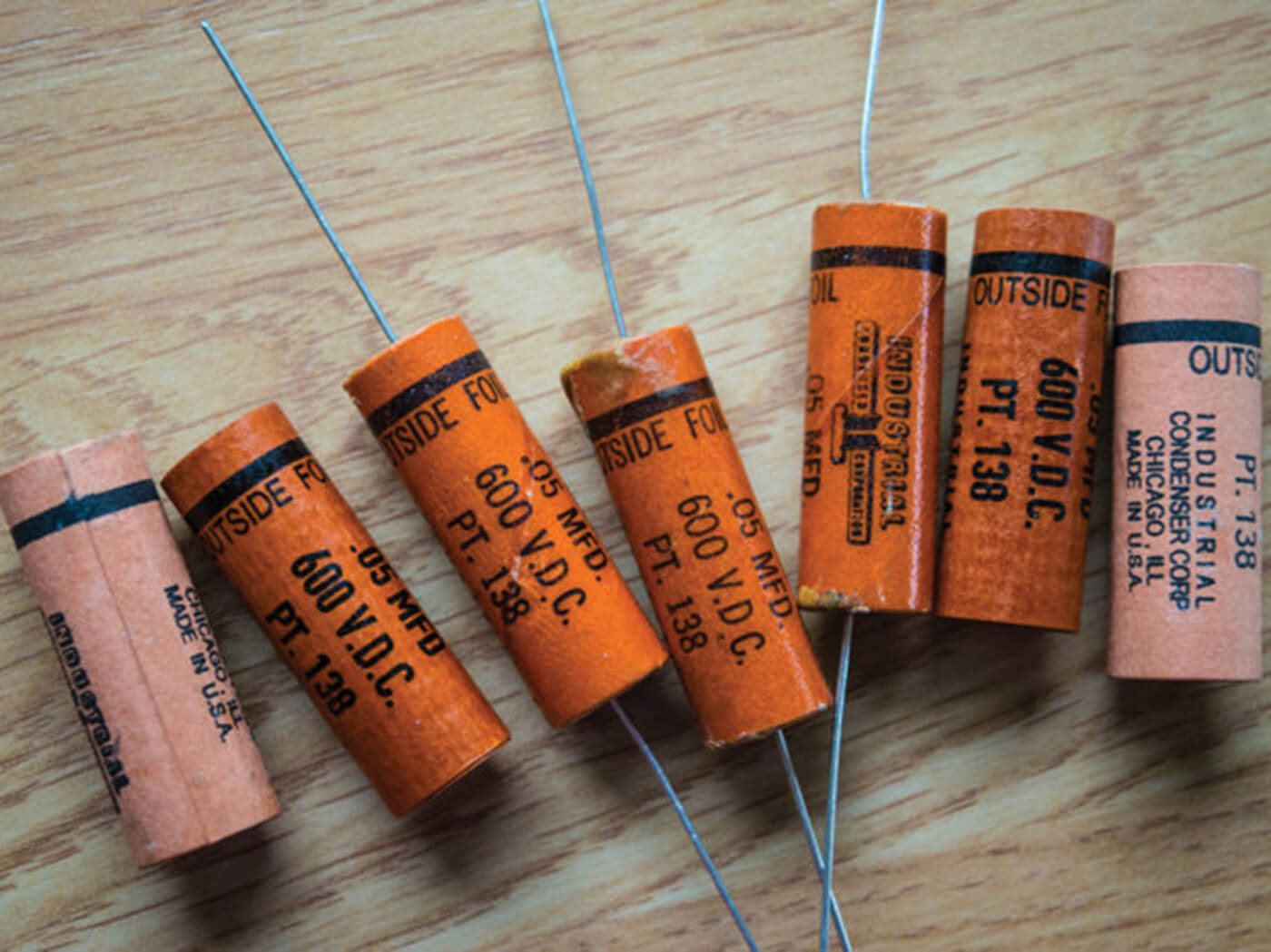 Plug a cable into a guitar amplifier and take two lengths of wire with crocodile clips attached to each end – one black and one red. Clip the red wire onto the tip of the jack plug and the black one onto the sleeve, then attach the other crocodile clips to the capacitor leads.

Now pinch the capacitor body with your forefinger and thumb to see if it causes a hum. If it doesn’t, or you’re not sure, swap over the capacitor connections and test it again. When you’ve identified which end of the capacitor generates the most hum when connected to the jack tip, mark it as the outer foil connection. 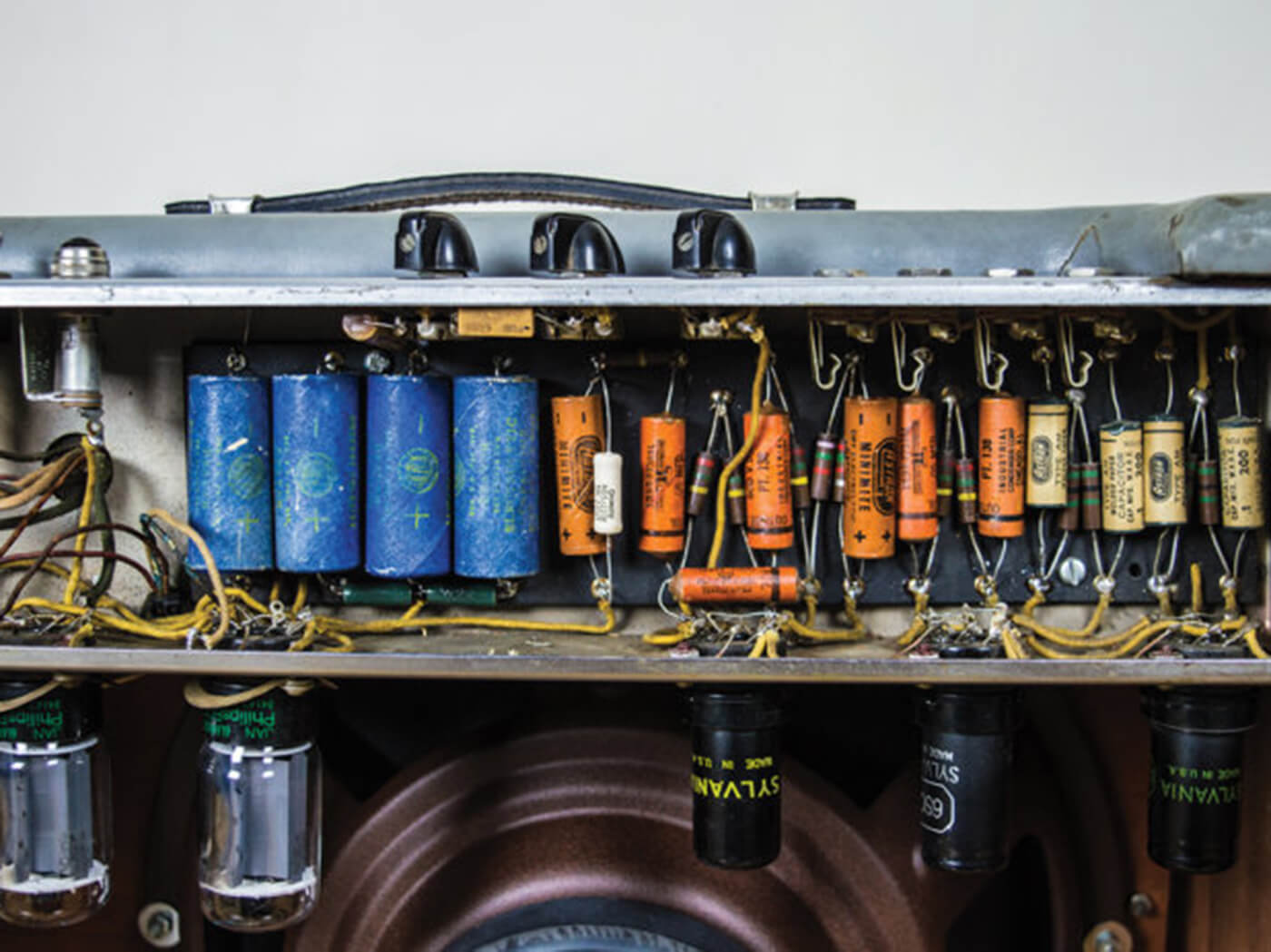 If you think this might become a regular thing for you, it’s worth wiring up a jack plug with crocodile clip leads as a permanent capacitor testing tool. Apparently, there are benefits to be had from properly orienting tone capacitors in guitars, too, but that’s another story…