Cause & Effects: Are boutique pedal collaborations fun, or should premium brands stay in their lane?

With pedal collabs between brands big and small making huge waves in the effects world, Thorpy FX main man Adrian Thorpe examines the pros and cons of these relationships.

For me one of the best things to come out of the closeness of the pedal market is the rising number of collaborations you see between brands. These seem to manifest in interesting ways with some between small indie brands and some between massive brands.

A recent trend has seen a more asymmetric approach, where smaller brands hook up with megacorps to leverage their skill in mass production to bring boutique products to a wider audience. But is this something to be celebrated? Well, it depends on how you look at it.

Why do competing brands collaborate anyway?

There are many explanations for this, but ultimately it tends to boil down to two things. Firstly, the fact that the boutique pedal world is still a very small industry by global standards means that many pedal builders have personal relationships, and often these relationships can be the bedrock of interesting collaboration ideas.

The second answer is that the vast majority of people who get into building pedals are pedal fiends – we love buying and trying pedals as much if not more than the people we build for, and being obsessive consumers of what we produce means that we usually have other brands or builders whose work we hugely admire.

For me, one such brand is Kingsley, I love everything Simon makes. A less esoteric choice would be Analogman, Mike Piera is one of the original boutique builders and still going strong (and still collaborating with other makers). Sometimes, you even get a chance to work with your heroes, and I’m lucky enough to do just that. Dan Coggins of Lovetone fame produced some of the coolest most original pedals during the nineties, it’s a lot of fun working with him.

The other side of it is that we understand that we work within a niche of a niche – there’s so many things out there that are competing for the time and money of our audience, that while competition is healthy and drives us to be better, the bigger challenge is to raise the profile of the industry at large and make ourselves more visible and successful. In that environment, collaboration is an easy choice to boost that signal, and it’s also both professionally and personally rewarding.

What do collaborations mean for the customer?

Firstly, you get more choice and you get things that probably wouldn’t have ever existed if makers had stayed focussed on their own brands. The best example of this is the Chase Bliss/Cooper FX Generation Loss. That wonderful pedal came about because customers were using the algorithm chip from the Cooper FX Generation Loss and modding it into a Chase Bliss Dark World Reverb.

Joel and Tom saw how cool this cross-pollination was, and so decided to product 1,000 co-branded Generation Loss pedals with the mod already done into the wild. They sold out within a day and have become hugely in-demand on the second-hand market ever since. So successful was this collaboration that they went one step furher – Tom joined Chase Bliss formally last year, and now the Generation Loss Mk II is being made as a standard production model for everyone to enjoy.

But it’s not just boutique brands that can have successful collaborations – one of my recent favourite pedals was the collaboration between Macaris/Sola Sound and the absolute biggest of big dogs in the pedal world, Boss.

Before this collaboration dropped last year, I don’t think anyone would have put these two brands together – Boss makes amazing mass-produced guitar pedals for everyone at affordable price points, Sola Sound makes incredible hand-built fuzz pedals in tiny batches for fuzz fiends like me!

For this collaboration to even get off the ground was insanely cool, and the fact that the TB-2w was a great pedal in its own right made it even better. For boutique fuzz fans it was a great reminder of what Boss is capable of, and for Boss fans, it was a great intro to the world of small batch fuzz. All in all everyone benefited here, apart from those that missed out!

So what are the downsides?

The most glaring negative to these collaborations is often the limited quantities of them that are available. And it’s understandable – collaboration allows the opportunity to do something special, something different from the norm. But this also means that barriers that would usually be avoided may be embraced to ensure the pedal can be released regardless of difficulties. This could make sense if the quantity made is limited in nature, especially if component availability is the deciding factor.

With demand outstripping supply there is an inevitable lack of product to satisfy pedal collectors. As such those that miss out can be faced with paying more on the preowned market if they wish to partake in ownership. Sometimes, in the case of asymmetrical collaborations, the opposite can be the case and it can make the pedal more widely available. 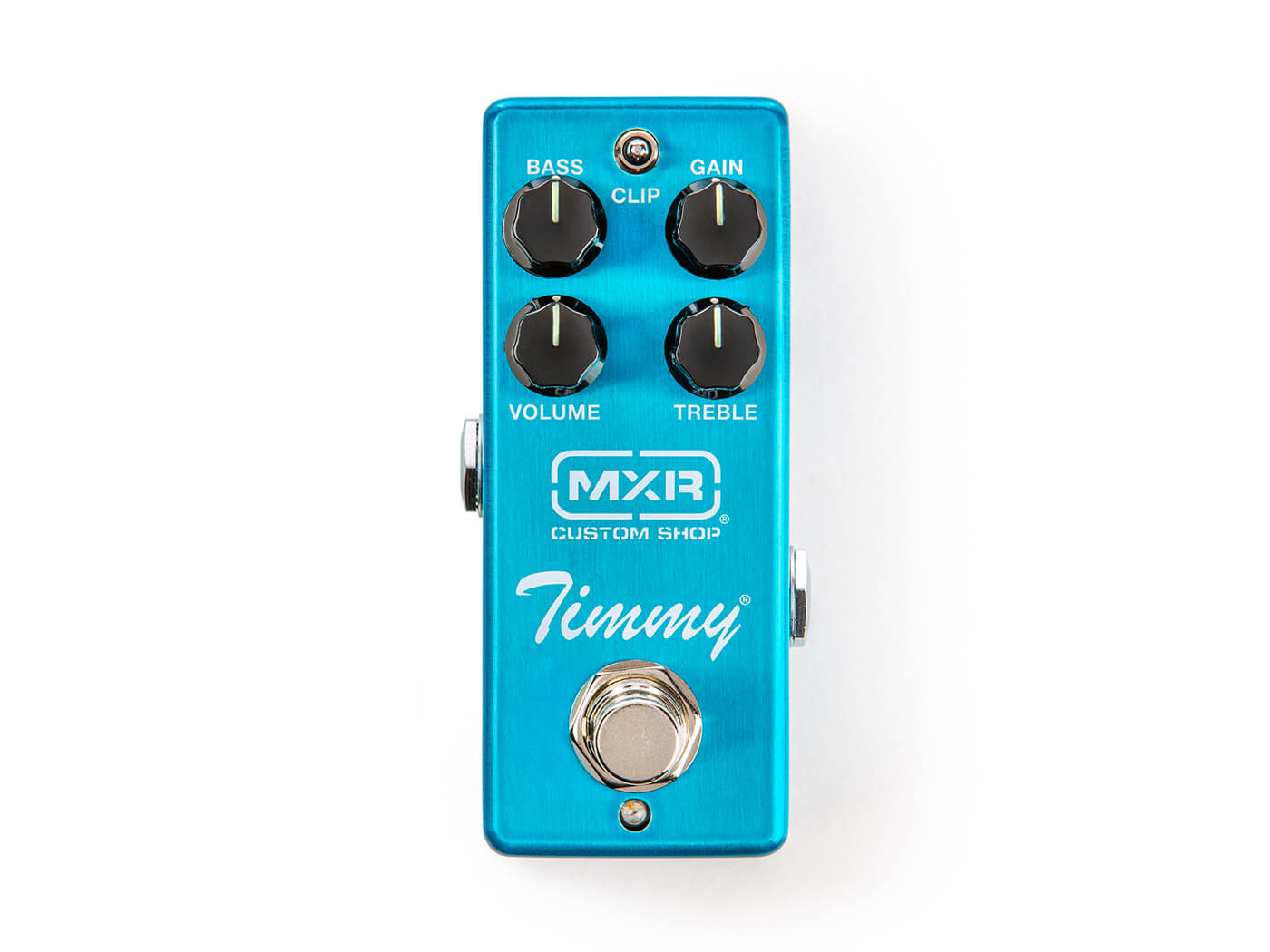 Over the last couple of years I have seen two of my favourite boutique builders embrace collaborations that have allowed their product to reach more customers and at a lower price point. The first was Paul Cochrane’s Timmy getting the MXR treatment with a mini version of the pedal hitting the market and being available worldwide at a lower price point. This was a great move by Paul and has meant he could concentrate on finishing other projects like the Tim V2. It has also helped to remove the argument for cheaper unlicensed clones to exist. Why bother when you can have the real thing?

The other more recent pedal released to market is the MXR Duke of Tone, a smaller mass- produced version of Analogman’s Prince of Tone, itself being one side of the impossible to get Analogman King of Tone. Again, the benefit here is to make a beloved pedal more readily available to everyone everywhere.

I think you’d have to be an absolute misery to think these are anything but fun, what’s better than loads of choice? More choice! Collaborations are great for the builders, fantastic for pedal fans and ultimately mean we can all get inspired one way or another.