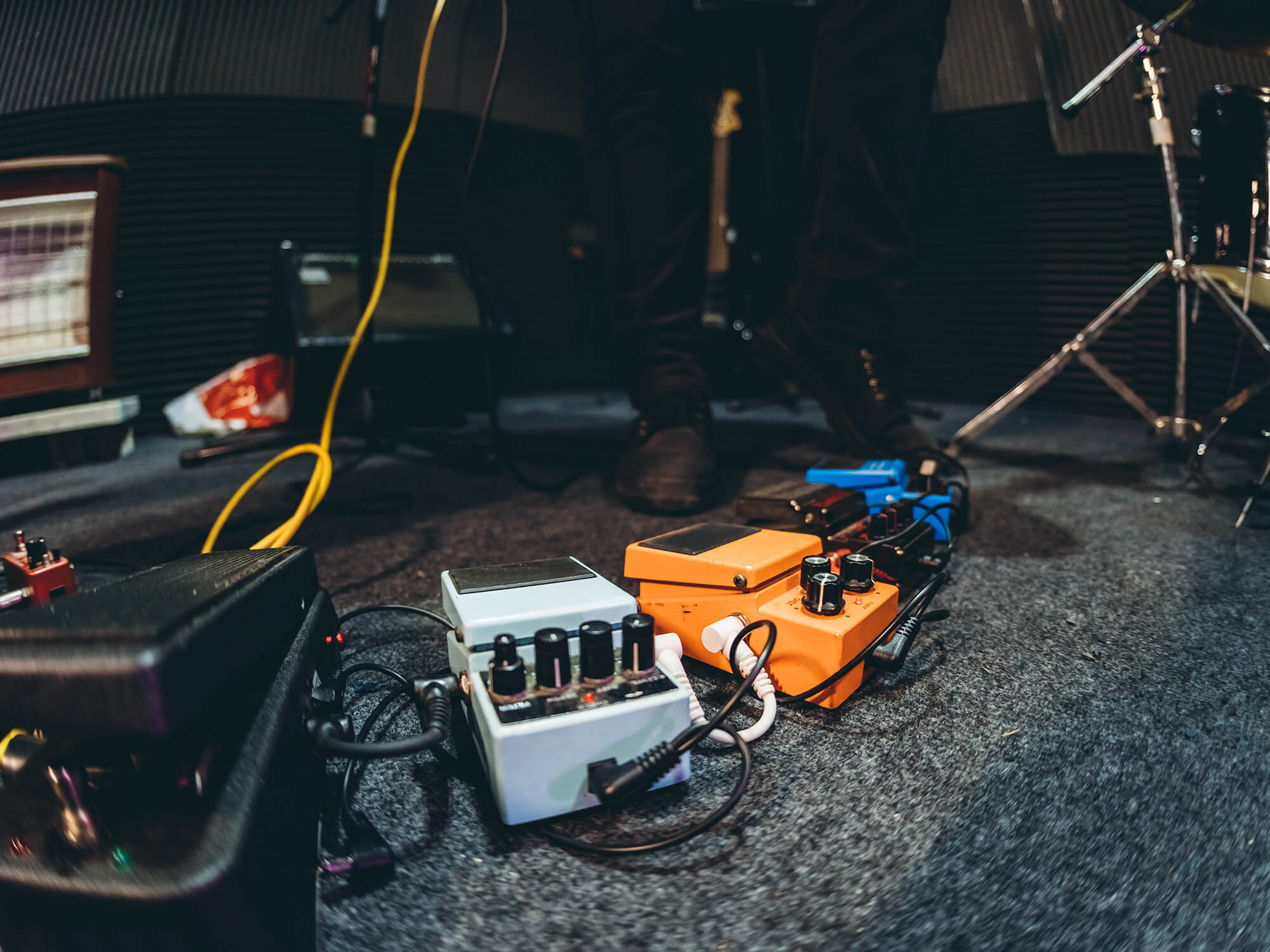 Cause & Effects: How much snake oil are we willing to swallow as effects junkies?

Whether it’s a certain type of switching, vintage components, or how those components are put together, the effects world is full of people shouting that one is better than the other, but how much of it should we believe?

When it comes to online guitar culture, you’re never more than a few clicks away from someone arguing about something to do with the way pedals are built. The question of whether these hot-button issues have merit should be a cut-and-dried science-based yes/no answer, but in reality the subject is filled with emotion, cognitive dissonance, mojo, opinion and more than a little sticker price bias.

As a result, it’s a real tricky subject for a boutique pedal builder like me to get stuck into – and to be honest I’ve been a little trepidatious about writing this piece for all of the above reasons. But, this column is here to tackle the big subjects, and so I’ve tried to present my thoughts as to what exactly we’re talking about when we say ‘snake oil’, and why pedal junkies (and I include myself in that category) seem to love a healthy dose of it when buying our effects…

So what do we mean by ‘snake oil’ in this context?

Well, traditionally the term ‘Snake oil’ refers to a scam, or some form of marketing that convinces people that a product has miraculous properties that it simply doesn’t have. In the context of guitar pedals, I don’t believe there are many products and practices that actually fit this bill, as most of the products people talk about in this context are excellent, and do exactly what they promise – so why is the term so often used? Well, most of the time when we’re talking about snake oil in pedal terms, we’re likely referring to various pervasive myths that seem to remain widely accepted regardless of how many people try to debunk them, or prove that they have little to no impact on the tone. Let’s start off with something easy.

All switching methodologies have their positives and negatives, sometimes relay switching is best, sometimes buffered switching, other time true bypass is best. I think most of the negative commentary comes from, is a hangover from vintage effects pedals that used switching bypass that left the circuit “hanging” off the input even when bypassed. This caused a loss of high-end frequencies, bleed through and was generally rubbish to deal with. Adding true bypass to a vintage pedal was a solution to a genuine problem and it worked.

The same can be said for large amounts of daisy chained buffered pedals. If you reduce the amount of consecutive buffered pedals (with true bypass) you will often see a reduction in high-end loss. This gives the impression that buffered pedals are bad, when in actual fact a liberal amount of quality buffered pedals adds value when utilised correctly. In short, a mix of bypass types are preferred, but really old switching systems truly did suck (tone).

I can’t think of one industry where progress hasn’t been made in the course of over 70 years, not a single one. Even truly ancient skills such as stonemasonry or roof thatching have benefited from modern tools and methods of making the stone blocks or reed bundles. Even guitar designs that haven’t changed since the 50s are now made in a much more efficient and consistent manner. The CNC made guitars we have now are more likely to be close to perfect than a Friday made special from the 50s (all else being equal).

Electronic components are no different. All modern electronic components are now made to tighter tolerances, made more consistent and suffer less from value drift or moisture ingress. Carbon composition resistors from the 50s, drift in value, absorb moisture and generally degrade over time more than modern metal film equivalents. That being said, there is something very cool in how older carbon composition resistors look!

Different materials used in conductors can have more noise than others at equivalent temperatures, although in circuits that are designed to distort, it’s arguable how much this would matter. One thing to note, older plastics used in semiconductors seem to be more susceptible to moisture ingress than the modern equivalent. I’ve seen this with very old op-amps and it does affect how they work and cause (in some cases) catastrophic failure. I have seen no such issues with modern equivalents.

I will start off by saying that ThorpyFX primarily uses through-hole components, this was the technology that I chose when I moved from hobbyist into professional effects builder. I have found that through-hole components are great, readily available (supply chain wise), easy to use and solder and crucially I can see them without a microscope. However, there is an SMD component oon every one of my builds, as it is not available in through-hole form.

So given all of the above, you’d think I’d believe that SMD components to be worse than through hole components – I don’t! I believe they are tools to be used correctly rather like an artist uses the correct brush when painting. Rather than thinking of components as better or worse, think of them as smaller and smaller… ever shrinking SMD being the natural evolution of decades of progress. Nobody seems to have any issue with through-hole components getting smaller over time, indeed I haven’t had anyone ask me to make a pedal using only old massive wire wound resistors. And nobody wants a smartphone made using through hole components.

What I will say though is that if you have a through-hole circuit and the SMD equivalent is made using the same schematic, often the SMD version will sound different to the through hole variant. In a like for like (values of components) there appears to be an abundance of high-end on tap with SMD circuits. This is most likely down to the different characteristics of the components, smaller runs of copper trace, less capacitance in components, tighter tolerances etc. Different doesn’t necessarily mean better of course, but it certainly is there, and as such you have to design the circuits accordingly.

The effect of mojo, myths and rumours on our effects buying

Science and engineering is all well and good but it doesn’t tell the final piece of the puzzle. I personally believe that with some pedal purchases, factors such as the historic story, component choice, and that undefinable thing, ‘mojo’ play a greater role in our purchase than logical reasoning.

Head vs heart purchases are some of the most difficult but when the pedal is something you want vs something you need, heart wins out every time. Whatever factors make your pedal purchasing and use more enjoyable are correct. Why? because sometimes we need to enjoy things just for the sheer fun of it. It’s illogical, but that’s the fun of pedals!