Confessions Of A Hopeless Guitarist: A visit to the clinic

Our anonymous learner has the instrument back in hand, but is struggling to learn in a structured fashion. Inspiration has been found close to home, however.

It seems this column starts with a confession every time, and maybe that is the reality of being not very good at something: we try, we don’t always (often?) succeed, and sometimes we get disheartened. That’s not to say I’m disheartened with playing the guitar, I’m delighted to be picking it up more again after a midsummer lull, but I am a bit annoyed at how I’ve strayed from the path laid out for me by Fender Play.

It’s a great app, I use it a lot, but I need to rediscover my focus to start following the structured path I’m on. Great minds have determined that the series of lessons therein, if followed and absorbed in the order presented, will make me a better guitar player. And yet still I mess around. I must put my trust in the system.

For the time being, though, my listlessness has seen me instead dip my fretting fingers into a selection of pies, some more worthwhile than others, and most notably including the tuition section of none other than Guitar.com. I’ve always assumed that any instructional content in a magazine aimed at ‘proper’ guitarists would be way beyond my standard, but I have fallen rather hard for Rod Fogg’s Chord Clinic features since they were recently revamped.

Hopeless as I am at playing guitar, I do know my way around most of the standard open chords – if nothing else, surely 20 years of owning an instrument has taught me that – and so the column always grabs my attention immediately because it welcomes me in with something I can already do: it was E minor in the June issue (my first dive) and D major in the current September issue.

Each time, though, the column goes on to explore a series of interesting variations on those familiar chords. 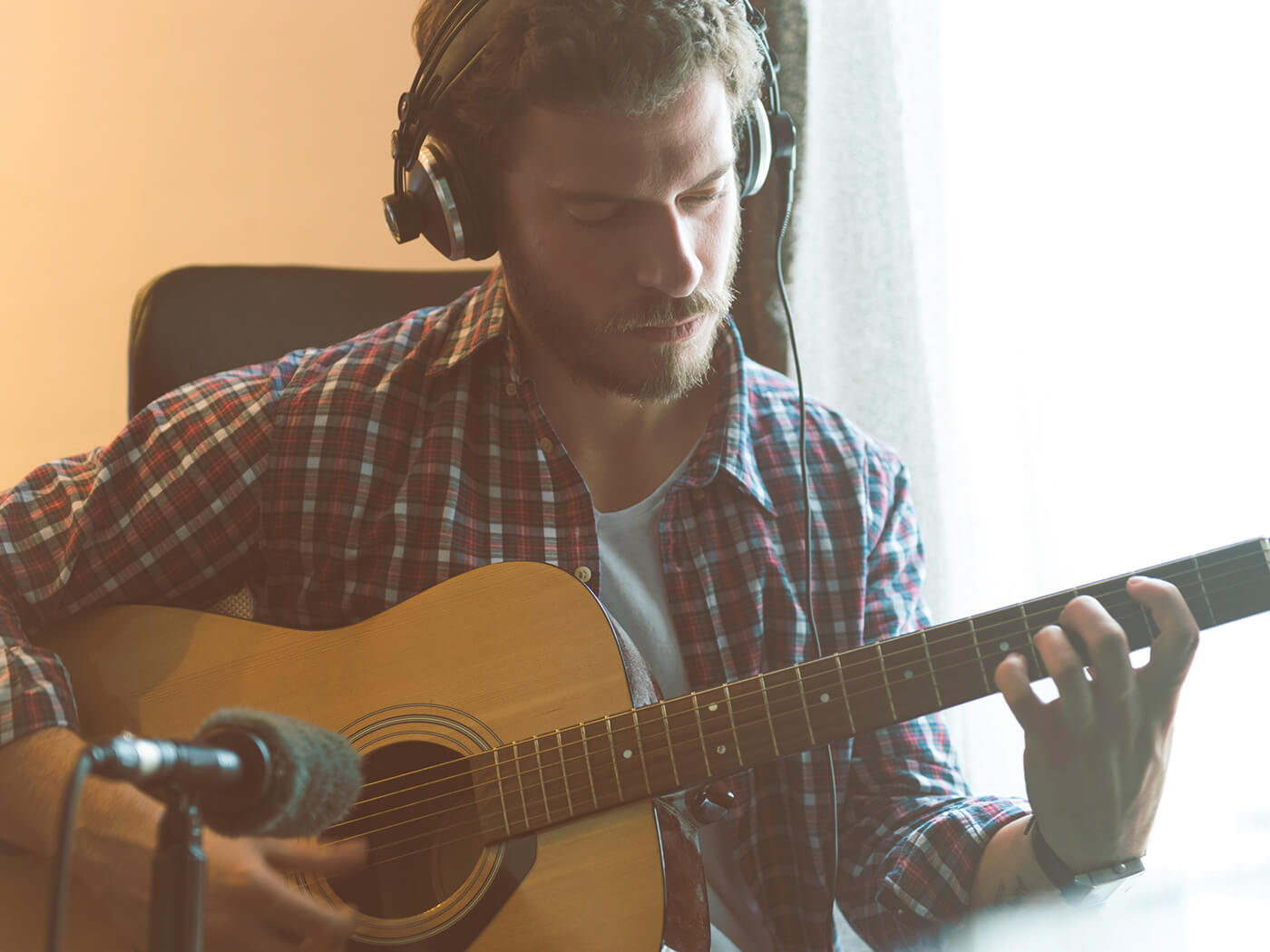 This is where I would ordinarily be in serious danger of getting very lost indeed, but the illustrations are so clear that – where my fingers are physically capable, and that’s by no means everywhere – I can just sit down and play a Cmaj7 or Emadd9.

If those chord names have got you scratching your head already, then I can assure you that when I sat down with that June issue they meant absolutely nothing to me either: just collections of letters and numbers that signified something about music that was out of my league. But the thing is, if someone shows you how to play them, and assuming you can (some of them are easier than the standard open chord, so stay with me), well then you can let your ears discern the difference in sound, and then you can get into the words and begin to get your head around concepts such as how chords are built from scales, why adding a seventh or ninth might be a good thing, and then play and listen to them again. Over time, it starts to make sense… or the easy stuff does, anyway.

As I continue to practice the variations I like in each column, I find I’m transitioning between chords I didn’t even know existed. Sometimes it’s easy, sometimes it’s hard, and sometimes (as is my way) I still quickly give it up as beyond my skillset, but I always walk away having learned at least two chord variations, where they are on the fretboard and how to get my fingers there from somewhere else (even if clumsily). That’s pretty amazing to me.

The other great thing about the columns is that they talk constantly not just about what the current issue’s variations are and why you should care, but also about what chords and variations work well together, and as you build your library of chords over the months you get to try some of those chords in combination.

In the past I always thought learning to play the guitar meant learning how to play my favourite songs, and it doesn’t matter how many times one part of my brain would tell me that Mike McCready had to start somewhere, the part telling me I will never pull off a convincing version of the Alive solo was always more persistent.

Now don’t get me wrong, Neil Young can certainly continue to sleep easily at night, but when two or three of these chords – the ones my fingers will actually allow me to play – start to work together, and when I try to introduce some of the syncopated strumming that Taylor Swift taught me (see column #2!), well, it becomes plausible to think they could be strung together to create something almost like a song of my own… or at the very least a piece of meandering improvisation that doesn’t sound completely terrible. I might actually need a magazine column on how to structure a piece of music before I can pull together anything that could even laughingly be called a song, but I’m definitely having fun again.