Confessions Of A Hopeless Guitarist: Train in vain

Our secret learner remains hopeless, and has been fighting the temptations of a summer of sport to keep some kind of practice regime alive.

England’s best performance at a major football tournament in 55 years, a Tour de France comeback story for the ages with the success of Mark Cavendish, and the return of Wimbledon after last year’s absence: the distractions for a budding guitarist with an unhealthy interest in sport have been numerous of late.

So how to cope? Well for one thing, practising guitar is not entirely incompatible with having the television on. A game of football requires one’s complete attention for 90 (or 120 minutes plus penalties), no question, but a stage of the Tour takes hours, and the sights and sounds of Wimbledon, if you can avoid diving into the tennis, are the perfect backdrop to any activity.

So my opportunities to sit with guitar in hand have not been entirely extinguished by this avalanche of athletic prowess.

But it is very hard to learn something new without giving it your full attention, so instead of racing ahead with becoming a better player it has been a month of rehashing old riffs and chord sequences in an off-hand manner: basically, the story of my guitar playing life up to now.

This is not completely without merit, I tell myself. I’m keeping my fingers moving and sharpening what I might laughingly call my ‘skills’ to an extent, but I’m not really progressing. At least, not in the physical mastery of my instrument, and I hereby resolve to get back to work on that just as soon as the Tour concludes in Paris. 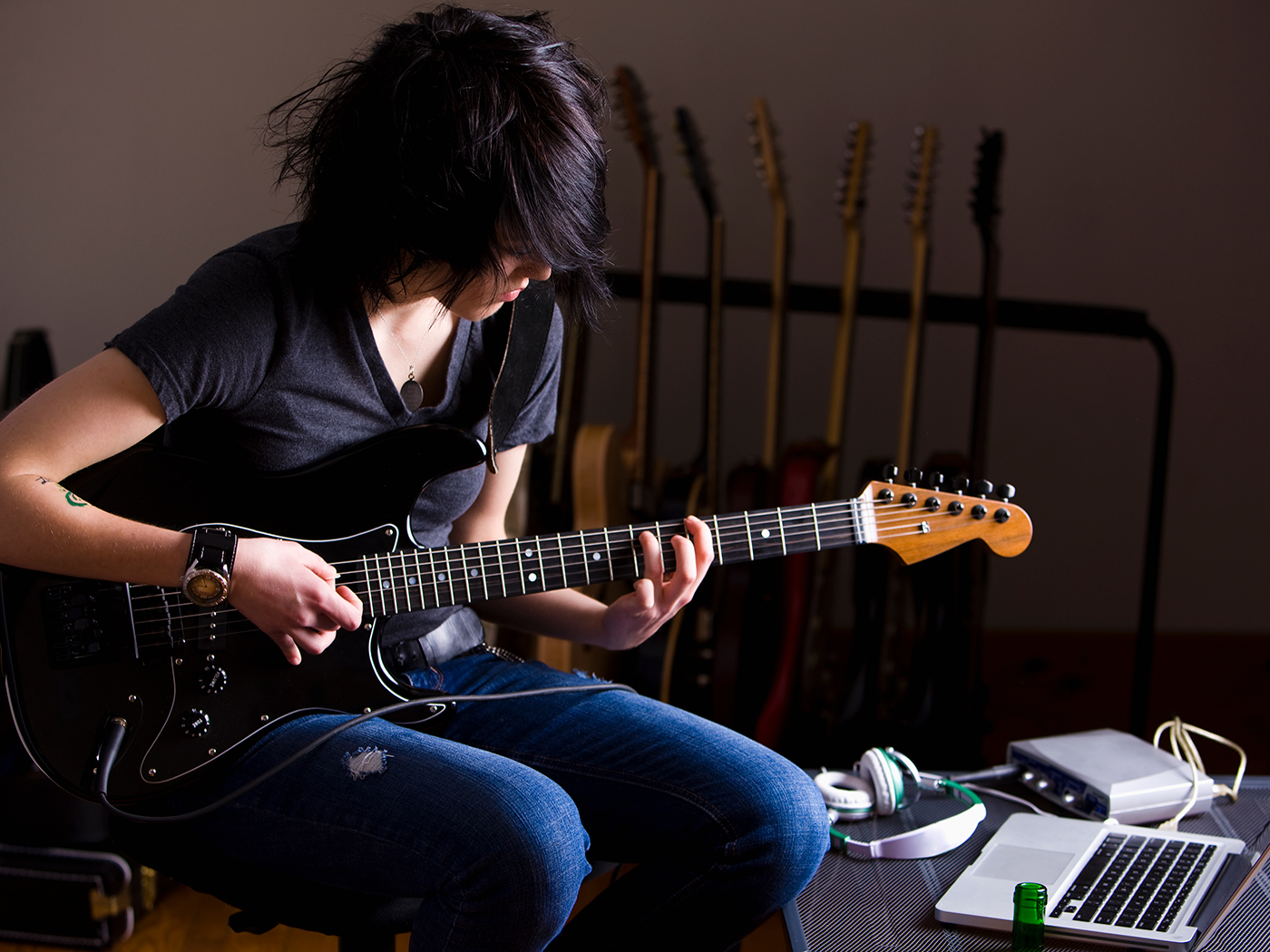 Where I have taken a tentative step into the unknown during this period, however, is to download an ear-training app on my phone.

As someone without a musical background, when I listen to music – though I enjoy it immensely – I have no idea what I’m actually listening to. Learning guitar is one key to understanding – I now know, for example, that the opening riff to The Who’s Baba O’Reilly contains the notes E, B and A, in that order – but if I listened to those notes played elsewhere on the neck, or in a different order, would I still be able to identify them them? Absolutely not.

So this is where the app comes in (Functional Ear Trainer, if you’re interested, though other choices are available): it plays me a note on one octave of the C major scale – I have yet to get anywhere near progressing beyond C major, or to other octaves – and I have to identify it. It’s a perfect post-match, pre-sleep activity, so long as a sense of frustration and rising self-hate at your own incompetence are the things that aid you in having a restful night.

But despite my shortcomings, I can honestly say that I am getting better at it. From being lucky to correctly identify one or two notes out of 20 when I began playing (and that just on the first four notes of the scale – C, D, E, F), I’m now regularly scoring something like 16 or 18 out of 20 across all eight notes. I’m not prepared to move on to the next level until I’m consistently scoring 20 (okay, 19 at least) so I’ve been stuck in a sort of limbo of mediocrity for a while now, but when I really want to start beating myself up about it I remember where I was when I started.

The C major scale is a comfortable home: I know where it is on a piano, it contains no sharps or flats, and it’s one of the few new things I am actually playing on the guitar, in the open position (Fender Play wants to show me how to play it in the 2nd, 5th, 7th and 9th positions as well, but come on…).

So perhaps I should have started this column by boasting that I have been practising scales like a proper musician, but it would have been stretching reality beyond breaking point and I’m here to offer you the unvarnished truth about my own ineptitude. But I have been practising one scale, as I try to teach my ears to hear the notes and equate them to what I hear on the app. I do this in the hope that one day I will be able to distinguish notes and chords in a piece of music by ear.

Will I ever be able to listen to Radio 3 and pick out the finer details in a performance of Beethoven’s Symphony No.5 as a result of all this? I doubt it, but I now know the famous bit at the start is G, G, G, E,  F, F,F, D, and I can play it on the guitar! The fact the symphony is in C minor, not C major, and how my ears are supposed to distinguish that fact will have to wait until later. Much later, I suspect, at my current rate of progress!