You Ask: What do I look out for when acquiring a tweed amp?

We guide this reader on the road to tweed. 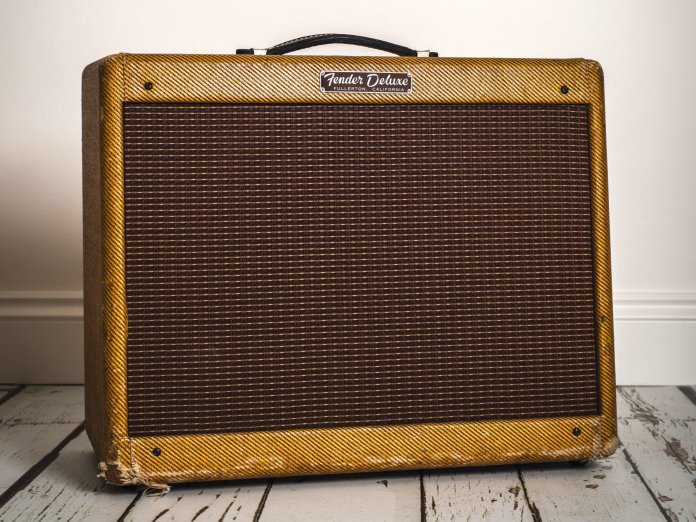 Here’s a query from Paul Lacey, who’s on the hunt for a quiet and authentic-sounding tweed amp.

Paul: “I wonder if you could help me out? I’m sorted for the big, heavy amps. I’ve got Marshall and Blackstar half stacks, a Blackstar HT-1 and Laney Tony Iommi combos for when I want to rock out at household volumes. I’ve got my pedalboard with a range of boxes that delight. I’ve got the guitars I need, but obviously, being a guitarist, there’s more that I want…

“Now I’ve got a hankering for a Fender tweed amp and am clueless as to where to start.  According to the websites I’ve scoured, the whole range professes to have ‘that Fender sound’, but they all have different valves, controls, speakers, etc. What I’m after is an authentic tweed sound – despite the ISF, I can’t dial this in on the Blackstar’s however I try – at ‘man cave’ volumes. My heart says just suck it up and buy a Twin, but my head says that will be loud enough to take the walls down. I’m guessing somewhere in the one- to 10-watt range is what I’m looking at (I’d like to rock out so the valves are cooking on occasion), that gives me the classic cleans and break-up at a sensible volume.

“While a Fender would be appropriate, I’m not hung up on it having to be. I’d be happy to look at vintage if there’s something in their back catalogue that would suit. So, guitar maestros, what would you recommend?”

Hi Paul. ‘Tweed sound’ has become a bit of a byword for a particular type of tone. For most of us, it means old-school overdrive with fat mids, slightly loose lows and clear treble that falls somewhat shy of the shrill glassiness you can sometimes get with later Fender designs.

The thing is that there is no ‘tweed sound’ as such because Fender used loads of different valves, speaker configurations and circuit designs throughout the 1950s. You can go from low-wattage Champs with single volume controls to full-on fire-breathing Bassmans and high-powered Twins with fully featured TMB tone controls and presence. They sound worlds apart.

You should be warned that even four-watt tweed champs are pretty loud. OK, they won’t shake out the windows but you can’t crank them up at night if you have tetchy neighbours or kids asleep upstairs. What we’d suggest is getting a medium-powered tweed and an attenuator. That way you can get tweed, Marshall and Blackstar overdrive tones at the ‘man cave’ levels you describe and you would have another giggable amp too. Also investigate tweed amps with power scaling.

Smaller tweeds based on the Champ, Princeton and Harvard models all have their charms, but then can sound a bit boxy. If you want tweed tone, you can’t go far wrong with a 5E3-style Deluxe and there are plenty of clones out there. Many, like the Lazy J J20, Seeley, Gartone Bluesman and the Rift Tweed 15, are made here in the UK. You’ll pay more for USA-made tweeds from the likes of Fender, Clark and Victoria, and will probably end up costing you more once you have paid import duty.

Remember, tweed covering is no guarantee of ‘tweed tone’. If you can live without the luggage look, consider the Carr Skylark or the Tone King Falcon Grande. Both are based on tweed circuits plus they have reverb and built-in attenuators. The Rift PT20 is another tweedy sounding amp with reverb and tremolo and almost instantaneous overdrive.