Is Gibson vs Dean a serious case of déjà vu?

Back in the 2000s, Gibson and PRS went toe-to-toe over the Singlecut’s apparent similarities to the Les Paul. Here’s what happened. 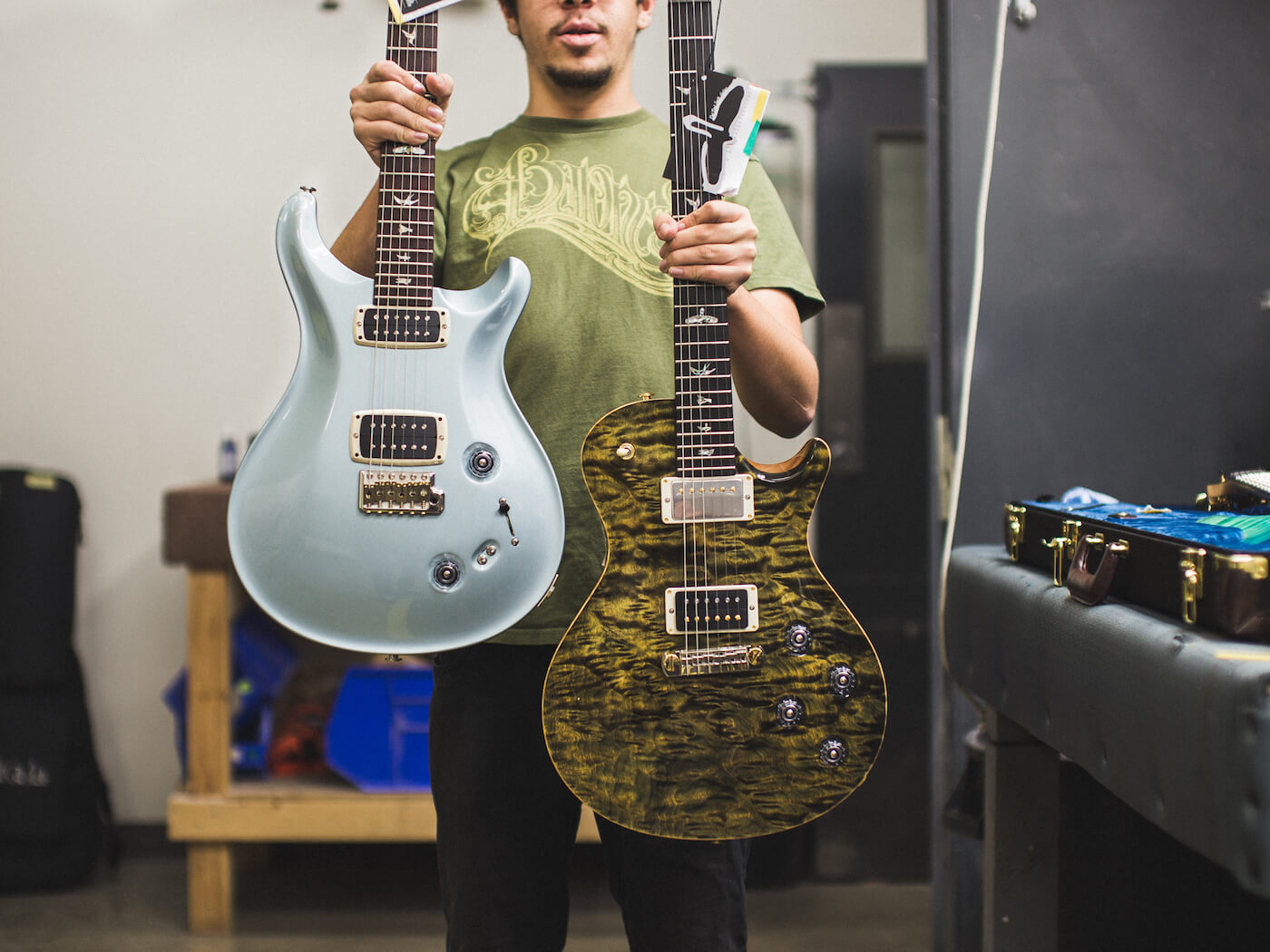 Double and Singlecut models at the PRS Factory in Maryland [Image: PRS Guitars]

Gibson’s multi-million dollar lawsuit against Dean Guitars might be one of the biggest stories of 2019, but it’s not the first time the Nashville company has pursued a competitor for trademark infringement. Wind the clock back to the early 2000s and Gibson had PRS Guitars in its sights.

Hailing from Stevensville, Maryland, Paul Reed Smith’s guitars are perhaps best known for their figured tops, vivid finishes and refined designs. Although the company’s impressive artist roster includes the likes of Carlos Santana and John Mayer, the Singlecut is the closest thing the brand has to a bona fide rock ’n’ roll rebel.

Launched in 2000 at the first Winter NAMM show of the new millennium, the PRS Singlecut was the company’s first single-cutaway electric. Clearly an evolution of the Gibson Les Paul design, it also saw PRS adopt the twin volume, twin tone and three-way toggle control configuration that featured on the first Goldtops back in 1952.

Although it was far from unique in being inspired by the Les Paul, PRS’s position in the market and reputation for quality meant that the Singlecut was a threat. On 27 March 2000, PRS received a cease and desist letter from Gibson in relation to the manufacture and production of the model.

Later that year, Gibson sued PRS for trademark infringement. PRS filed a counterclaim stating that it hadn’t infringed any valid Gibson trademark and the guitar industry sat mesmerised as two heavyweights prepared to slug it out. What was to follow would, of course, have serious implications for any company that manufactured a single-cutaway solidbody, and there were more than a few anxious faces at ringside.

By the time the case got to court, PRS had already released a follow-up model in the shape of 2003’s Singlecut Trem, but 2004 saw Gibson draw first blood. In January, Federal District Court Judge William J Haynes Jr ruled in favour of Gibson, stating that the majority of facts in the case supported the Tennessee firm’s trademark infringement claim, and that the similarity of the guitars could confuse buyers.

Particular weight was given to meeting notes from 1999 in which a PRS employee reportedly stated: “Almost everything on the guitar is a Les Paul… let’s own up to the fact we’re making this guitar because we want to get Gibson’s market share.”

The judge wrote: “The Court does not fault any effort by PRS to compete, but concludes that PRS’s meeting notes clearly reflect that PRS was imitating the Les Paul.”

PRS responded by saying it was disappointed with the ruling but it was “confident that customers and dealers know the difference between a PRS guitar and other brands… The case is not yet concluded and PRS expects that it will prevail on the merits, when all is said and done.”

The wrangling continued but as of 2 July 2004, PRS was prevented from manufacturing, selling or distributing its Singlecut model. The Maryland company halted production and quickly launched an appeal, but it was nearly a year before a decision was reached.

On 12 September 2005, PRS published a press release. It read: “In a long-pending trademark dispute between PRS Guitars and Gibson Guitar Corp, the United States Court of Appeals for the Sixth Circuit today reversed a lower court decision and ordered the dismissal of Gibson’s suit against PRS.

Many commentators believed that common sense had prevailed – it seemed unlikely that real-world players would confuse the Singlecut with a Gibson, whether at point of sale or on stage. Manufacturers of single-cutaway electric guitars throughout the industry breathed a collective sigh of relief, while PRS owners started to wonder if their ‘pre-lawsuit’ Singlecuts would become more valuable as a result.

Gibson wasn’t quite ready to throw in the towel – its request that all 12 Sixth Circuit judges re-hear the case was rejected, so it pushed for a United States Supreme Court review. In 2006, the Supreme Court upheld the decision of the Sixth Circuit, ending what PRS described as a “multi-year effort to thwart legitimate competition under the guise of intellectual property law.”

13 years later, are we all ready to jump on the lawsuit carousel again? Here in 2019, Dean Guitars arguably represents far less of a commercial threat to the rejuvenated Gibson than PRS did in 2000, but Gibson seems determined to protect its trademarks and intellectual property with renewed vigour.

Court battles between high-profile brands are commonplace in the tech and fashion sectors, so perhaps this is the ‘new normal’ for the guitar industry. Time to buckle up, especially if you are the manufacturer of a set-neck electric that bears a passing resemblance to anything that came out of Kalamazoo in the 1950s.