Is the ES-335 trademark fight Gibson’s biggest legal battle yet?

The resumption of a five-year-old case in US court could mean the company loses its trademark on one of the most iconic body shapes ever. 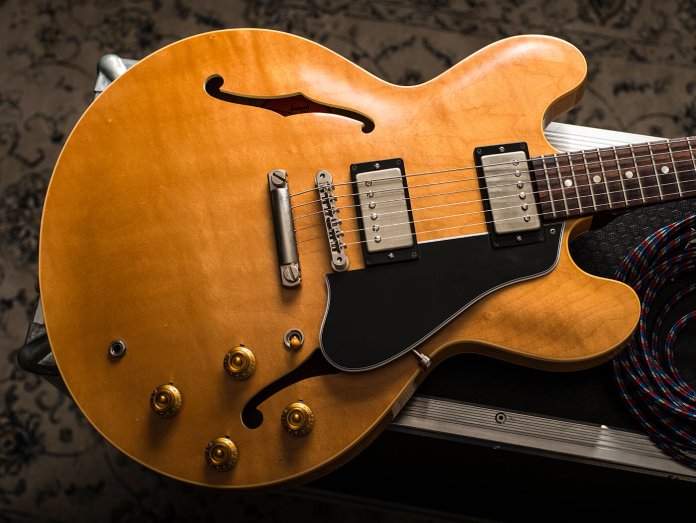 As part of Armadillo Enterprises’ explosive countersuit against Gibson, the company has called for the courts to tear up Gibson’s US trademarks for the Flying V, Explorer and ES-335 body shapes. However, Gibson has already been embroiled in a five-year legal case over the ES-335 trademark – a case that might be finally starting to heat up…

In its first statement regarding the ongoing cases last week, Gibson was keen to demonstrate that much of the litigation that the company is involved in was, “initiated well before the new leadership arrived.” But while this situation predates the new regime, it could have significant consequences for Gibson in the present day.

The case in question is number 91218879 at the Trademark Trial And Appeal Board (TTAB) of the US Patent And Trademark Office, and involves a coalition of guitar brands who banded together 2014 to bar Gibson’s application to upgrade the trademark level of its semi-hollow body shape, and are further seeking to challenge the legitimacy of the trademark altogether.

The original suit featured 15 guitar companies including the likes of ESP, Schecter, Collings, Peavey and Dean/Luna, and while some of the plaintiffs have since dropped out – including JHS, Trussart and Sadowsky – and one has ceased operation (the Premier Builders Guild), the case still involves 10 companies, including some of the industry’s biggest players.

In order to understand this properly, we need to go back further in 2014, to a multi-million dollar dispute between Gibson and UK company John Hornby Skewes (JHS) – the brand behind Vintage, Fret-King and more.

Back in mid-2014, Gibson filed a federal lawsuit in California against JHS alleging that the company was counterfeiting Gibson’s guitars, and sought $8 million in damages against the British firm. Gibson would go on to lose the counterfeit aspect of the case in 2016, but as part of the preparation for the case in general, Gibson’s lawyers examined the company’s trademarks and sought to crucially upgrade one of its filings to strengthen their case. This was the trademark for the ES-335 body shape.

In the 1990s, nearly four decades on from when many of its classic body shapes were first created, Gibson began to try to prevent other companies from creating designs that it felt were copying those shapes. So over the course of the 1990s, the likes of the Flying V, Explorer and SG shapes all secured spots on the US Patent And Trademark office’s ‘Principal Register’.

In October 1996, Gibson also secured a trademark registration on the ES-335 body shape (US Trademark Reg No 2007277), however it was only able to obtain it on what’s known as the Supplemental Register – a lower tier of trademark that has limited protections, and as such limits the applicant’s ability to enforce the mark. 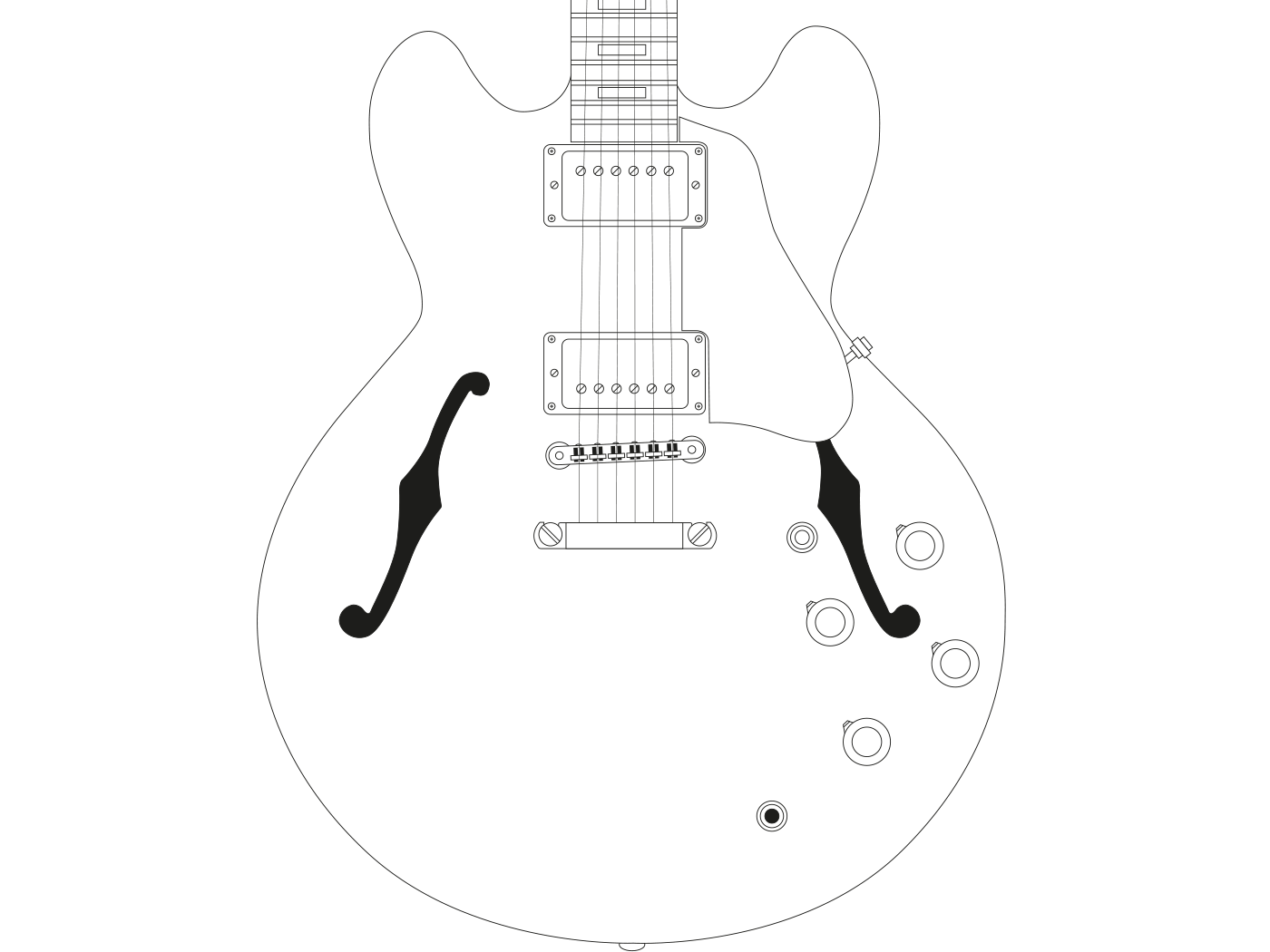 Fast-forward to Gibson’s suit against JHS in 2014, and Gibson’s lawyers sought to move this mark onto the Principal Register, which would give them the ability, among other things, to claim counterfeiting of the design.

The wider guitar industry took notice – Gibson securing a Principal registration of the ES body shape could have huge repercussions, particularly as the wording of the mark seemed to cover any guitars that bore a passing resemblance to the shape.

At this point, it’s time to introduce Ronald S Bienstock, who is a key figure in the complex world of guitar intellectual property. A lawyer with over three decades of experience dealing with musical instrument industry trademark disputes, Ronald cut his teeth as Ibanez’s General Counsel and also represented John Hornby Skewes in its case with Gibson.

Bienstock has been involved in several high-profile cases against Gibson, and recently accused the company of “declaring war” on the rest of the industry with the Armadillo suit, but his most famous and seismic case involves the other big fish of the guitar world: Fender.

In 2003, Fender filed to secure Principal Register trademarks of its Stratocaster, Telecaster and Precision Bass body shapes, and in response a group of rival guitar makers, including ESP, Peavey, Warmoth, Tom Anderson and others, challenged the filing and opposed the registration outright.

In 2009, after a five-year fight in the Trademark Court, with Bienstock as their lead attorney, the group not only blocked the registration, but managed to secure a ruling that the Strat, Tele and P-Bass could not be trademarked, as they were in such common use that they had become generic designs.

When Gibson filed to upgrade the ES-335 trademark, it didn’t take Ronald long to spot the similarities with what transpired with Fender back in 2009.

“We saw that and said, ‘Nuh-huh, you’re not taking that anywhere – that is the single most generic shape in the marketplace!” Bienstock claims from his New Jersey office. “And a few of our clients got together, very much like the Fender case, and said, ‘We’re going to band together and keep you from getting this registration, because we have all at one point made this shape, and so has everybody else for decades.’” 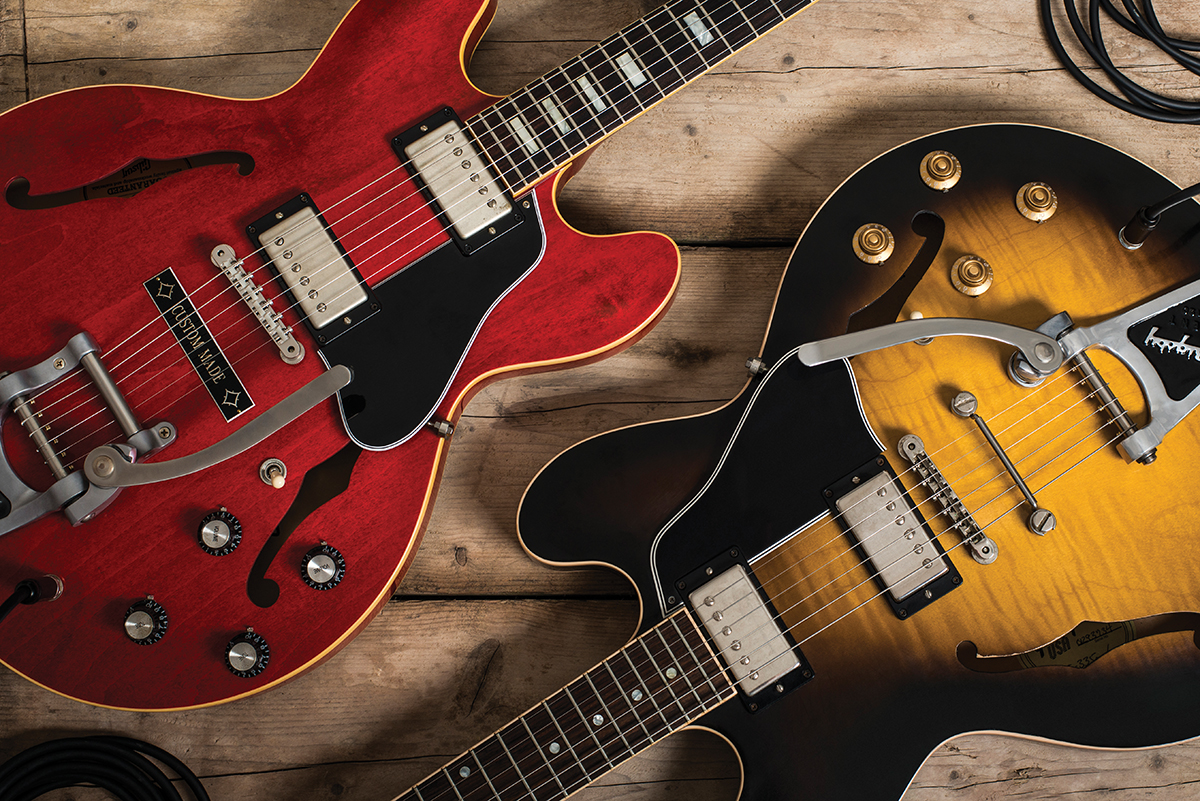 This brings us back to TTAB case number 91218879, which in similar fashion seeks to block Gibson moving the ES-335 body shape trademark onto the Principal Register, and ultimately seeks to prove that the double-cut body shape has become generic, just like Bienstock did with Fender’s body shapes in 2009.

But as is often the way with legal proceedings, things don’t always go in a straight line. Within short order, the case was delayed when Gibson challenged various paperwork details in the original filing, and then in 2015, the brakes were put on thanks to Gibson’s the ongoing legal proceedings against JHS.

The JHS suit was being heard in the US Federal Court, which is a higher court than the TTAB, and Gibson argued that the results of that case could have a meaningful impact on the outcome of this one, as JHS was at that point one of the plaintiffs in the ES-335 suit.

Gibson successfully sought to stay the case – effectively suspending it until such a time as the JHS suit in Federal Court was resolved. The two parties went back and forth for the best part of two years before a stay was finally granted in August 2016.

On 22 March 2017, the suspension was removed and trial dates were set, with the date for Bienstock’s opening brief set for 30 August 2018. Again, however, things were not that simple – on 1 May 2018, Gibson filed for bankruptcy, and on 8 May it notified the court. With the defendant in bankruptcy, the case could not move forward, and so once again the suit was put on hold. 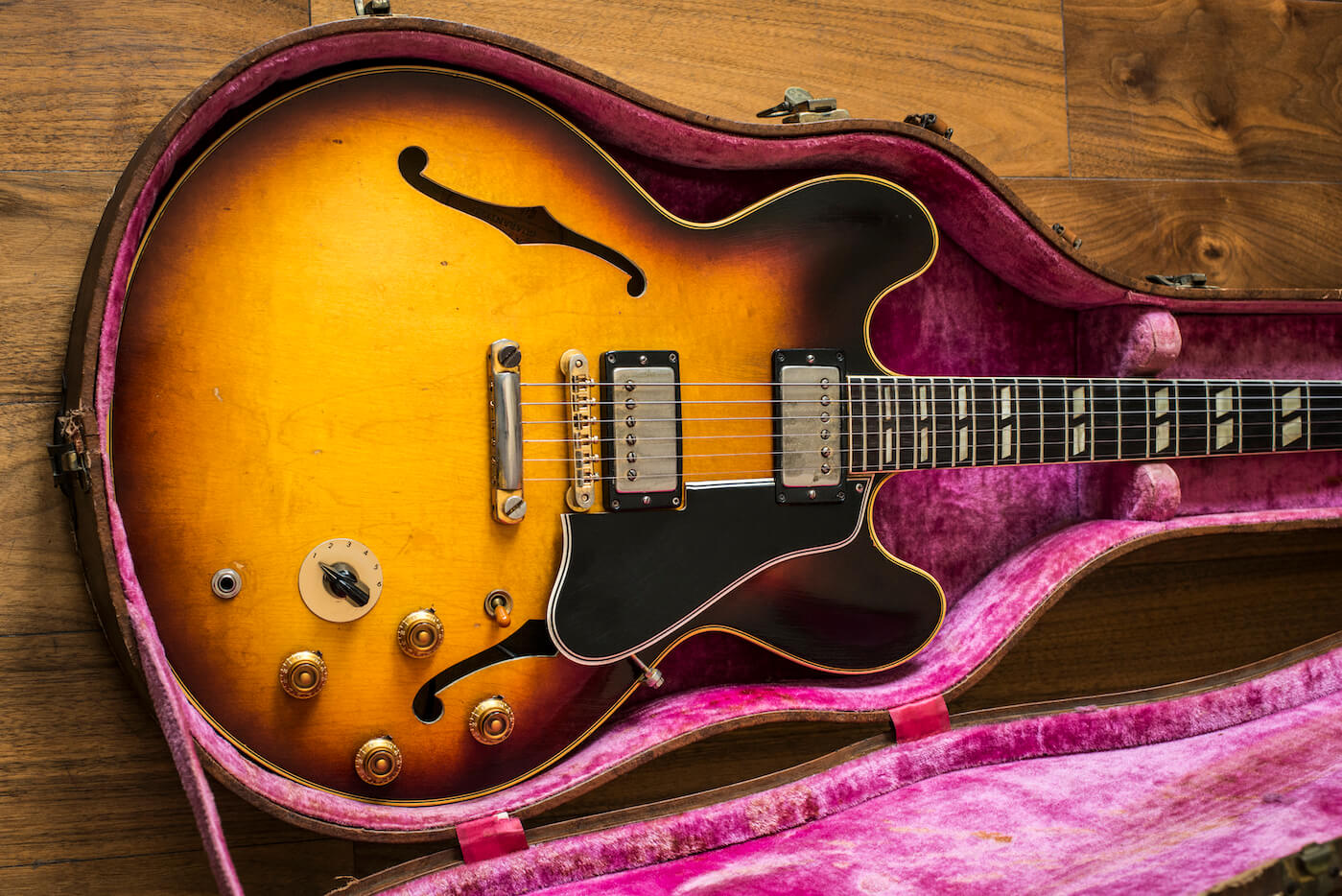 Gibson was saved from bankruptcy by its new ownership group in October 2018, and on 4 February 2019, informed the TTAB that it was in a position to resume, notice of which came on 8 June 2019. After five years of waiting, the case is now finally able to move forward.

But again, there may be a potential catch. On 6 June 2019, Gibson filed a suit in the Eastern District Of Texas Federal Court alleging counterfeiting and trademark infringement by Dean and Luna Guitars, whose parent company Armadillo is one of the plaintiffs in the suit. This opens up the potential for yet another lengthy suspension of the case.

“I suspect that Gibson will probably want to stay again,” Bienstock claims. “I don’t know where this case with Dean is going yet, but they have not made the motion to stay the case. The opposers and the industry in general want to keep the case open. They want this case adjudicated, Gibson does not.”

The countersuit from Armadillo further complicates matters, as that brings an independent challenge to the ES-335 trademark, as well as the primary marks for the Flying V and Explorer. Whatever happens, perhaps unsurprisingly Bienstock believes that the health of the guitar industry depends on cases like this.

“What gets lost in all of this, as people get very tribal about brands they like and brands they prefer, is that if we didn’t have all these alternative brands – or similar shapes or new guitar brands that have come into the marketplace – we would have a whole lot less of a guitar industry right now. It would be very uninteresting.”

Guitar.com contacted Gibson Brands for its take on the ES-335 case and its potential resumption. In the meantime in last week’s statement, Gibson stated a desire to move “from confrontation to collaboration” in its dealings with the rest of the guitar industry, and we expect to hear more detail on this at next week’s Summer NAMM show in Nashville.

That said, even though the 335 case has effectively been at a standstill for five years, with big players such as ESP, Peavey, Cordoba and Schecter still involved – and in light of Bienstock’s assertions that they are keen to have the case heard – it doesn’t seem like this is going to go away any time soon.

Key to all this is what happens with Gibson’s pending suit against Dean and Luna and Armadillo’s countersuit, and it seems likely that another lengthy stay is on the cards. Whatever the outcome of Dean’s countersuit, however, it seems that the battle for the ES-335 is just getting started.

Read more about the history of the Gibson ES-335 here.