Fuzz Was The Future: No one saw it coming

In a new mini-series within his exploration of the history of effects, JHS head honcho Josh Scott charts the remarkable history of that most iconic of effects: fuzz.

How did we get from the swinging clean guitar of 1940 Charlie Christian to the in-your-face aggression of Jimmy Page on Led Zeppelin’s 1969 debut album? If you just said, “A freakin’ huge amplifier and some power chords,” you’re not wrong. But there’s a little more to it than that. The sound of the guitar evolved slowly through invention, transforming itself into something that literally defied imagination.

Over the last few months, I’ve shared the fascinating stories of how our favourite guitar effects came to be after the guitar was first electrified in 1932. The sounds of tremolo, echo, distortion and reverberation gave the guitar a new voice, expanded its vocabulary and helped it to shape the beginnings of dozens of musical genres that we take for granted today.

These new guitar sounds were as much evolution as they were invention, as guitar tinkerers and DIY masters used the world around them to expand what a guitar could be and do. To use a biblical metaphor, I believe the first 30 years of the electric guitar can rightly be called its Genesis, and today we will turn the chapter to what can equally be called its Exodus. By 1962, the conditions were perfect and an unexpected accident helped launch guitar to the center stage of a decade that would change the world.

First, though, we have to take a slight detour to rural Alabama, circa 1992.

Life is a highway

Picture it. I’m a ten-year-old kid riding in my dad’s 1970 Ford F100 Ranger, with a newly installed cassette deck having replaced the truck’s positively Stone Age eight-track player. The burgundy vinyl interior smelled like hot plastic as it cooked in the Alabama summer sun, and at the time, I had no particular interest in music. That was the day something changed in me. It would be a few years before I became obsessed with grunge and alternative rock albums, spending hours learning from guitar tabs I had printed during 9th grade computer lab, but during that drive in my dad’s truck, melody and harmony caught my attention.

Who was the siren that lured me in, you ask? It had to be someone that the kids were into, right? Nirvana? The Cure? No, silly, this was my dad’s truck, and my dad drinks his tea sweet and has quite literally worn blue jeans every day since I was born. It was his favourite singer, Marty Robbins. The 1959 album Gunfighter Ballads jumped from the speakers; full of harmony, melody and a simplicity that drew me in. Why did a country folk record about outlaws and cowboys catch my ear the way that it did?

I’ve had a few decades to mull it over and I’ve decided it had to be, as Bob Dylan penned it, a simple twist of fate. 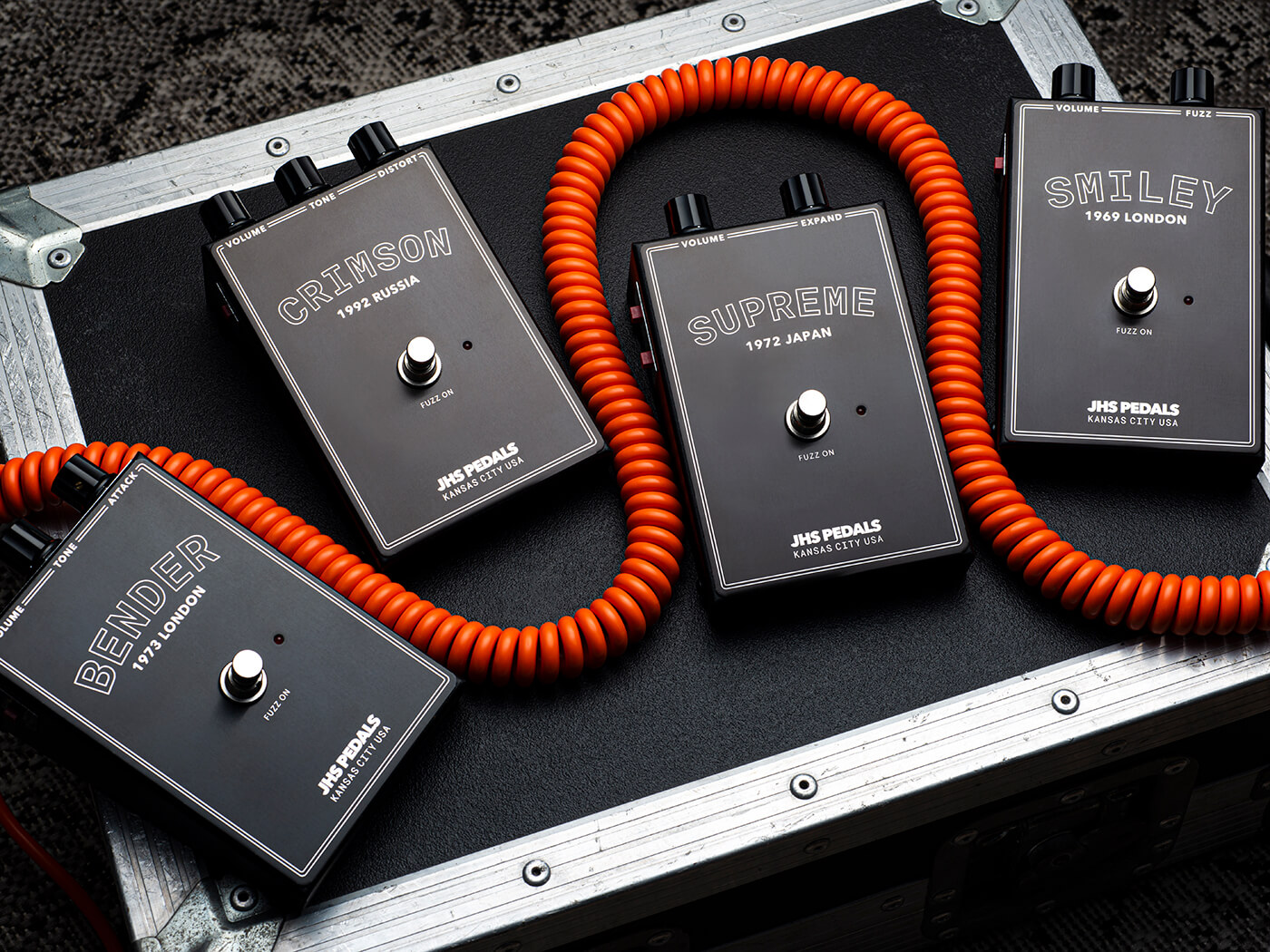 In May of 2018, we filmed the first ever episode of the experimental project we would call The JHS Show. The first episode was called ‘Analog Vs Digital’ and we were slated to film episode two – ‘The Origin Of Fuzz’ – the next week.

A few days before filming, I woke up to the news that Glenn Snoddy, the co-inventor of the first guitar pedal (the Maestro Fuzz Tone), had died at 96 years old. Don’t get me wrong, 96 is a respectable age, but all I could feel in that moment was loss. It was the feeling of knowing that I missed an opportunity, I had missed a chance I didn’t know I even had. I didn’t know Glenn personally; I’d never even met him face to face, but that was the tragedy. Here was the origin of fuzz himself who I could have talked to and asked questions I was sure no one had ever asked him, but now he was gone.

At that moment, I felt a clear directive for what The JHS Show would become: I wanted to find the hidden stories and the people in music history, those in danger of being lost, and preserve them for the future of guitar.

So we filmed the ‘Origin of Fuzz’ episode, mentioned Glenn’s passing in the beginning and aired it as planned. I quickly moved onto the next project, but I couldn’t shake the Glenn Snoddy story. It became all-consuming. I read a New York Times piece on Glenn’s life, researched more articles, hunted down family members and friends, watched the NAMM Oral History interview with Glenn and eventually fell down an Alice in Wonderland-sized rabbit hole, all about the story of fuzz.

To this day, my travels across the globe to interview inventors and forerunners in guitar history all lead me back to Glenn Snoddy’s invention and his passing in 2018, and even further back to that ride in my Dad’s truck circa 1992. This story of this accidental fuzz tone is the story of the shot heard around the world.

You see, Glenn was not only the co-inventor of the first fuzz pedal and the first guitar pedal ever manufactured, the Maestro Fuzz Tone, he was there on that Gunfighter Ballads cassette tape that my dad picked out of a gas station bargain bin. No, he wasn’t shredding guitar or playing an instrument; he was the recording engineer.

Glenn took a simple eight-hour recording session in 1959 and made it accessible to a ten-year-old kid in 1992. He took the sounds created in a small backyard studio and helped amplify them through the speakers of my dad’s truck, literally making them larger than real life. Glenn froze a moment in time and space on magnetic tape, and by anyone’s definition, that is magic.

When I study history and dig for the story at hand, I always attempt to recreate the moment as authentically as possible

That album was a huge success for Marty Robbins and included one of the first country western/pop crossover hits: El Paso. It was a passion project of Marty’s and according to biographer Diane Diekman, it took some elbow grease but Marty finally convinced Columbia Records that a fully Western album was worth the investment. Marty admitted to his biographer, Diane Diekman, that at the time he “had no idea there would be a big market for it”. But boy, was there ever.

The album exploded onto the Billboard Charts in 1959, with El Paso staying at number one of the country charts for seven weeks and peaking at No. 1 on the pop chart on Christmas Day. El Paso was named Best Country & Western Performance of 1960, and the full album was certified Gold in 1965 and eventually went Platinum.

But as successful as Gunfighter Ballads was, fate and circumstance would collide one year later in that same studio, with many of the same cast and crew. Something happened that day and I believe it deserves to be mentioned alongside footprints on the moon, a homemade airplane rising into the North Carolina sky, and any great event that started as a seed of curiosity. It was one of the most beautiful accidents the world has ever seen. It was fuzz.

I’ve spent years of my life in recording studios, whether behind a guitar or at the recording desk engineering and producing, so these details I’m about to explain mean more to me than most. When I study history and dig for the story at hand, I always attempt to recreate the moment as authentically as possible, the music history equivalent of recreating a crime scene to search for clues. The only difference is that, thankfully, we’re not dealing with literal crimes here, just moments in history that most historians never deemed significant enough to investigate. Think of me as a much taller modern-day Sherlock Holmes – you know, if he was also a supporting member of The Gear Page.

In all of my years of digging though this story, I’ve never been able to fully recreate the moment when fuzz appeared as an uninvited guest. I can’t even prove the exact date of the recording (which irks me more than I can express.) A simple Google search will reveal a generally accepted version of the events that day but the more I learn, the more I realise this version isn’t complete. 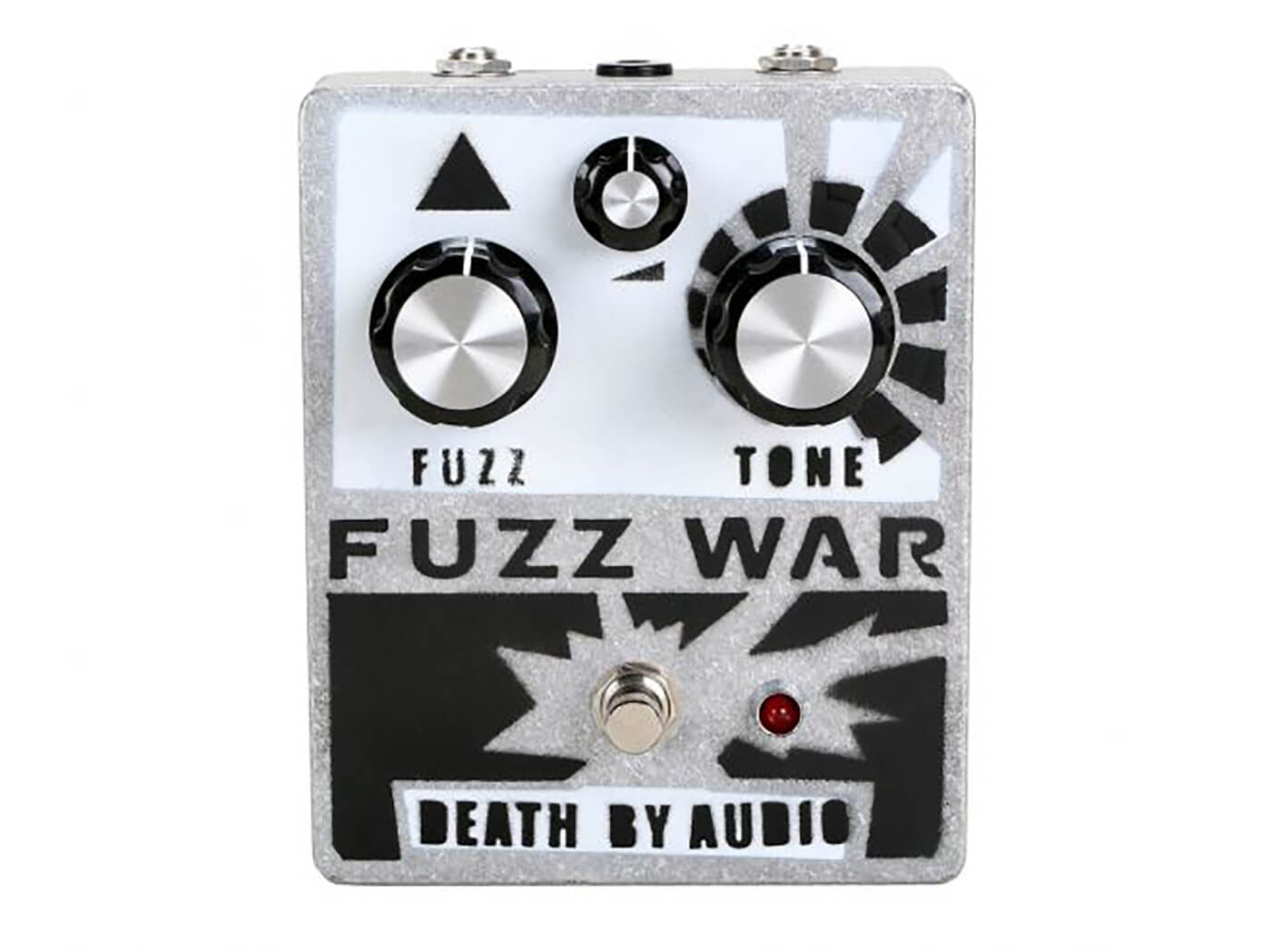 What I can do is tell you what I think happened based on my years of experience in recording, understanding of music, hours of personal interviews with family members of the involved and my intuition about it all. I can confidently say I’ve never heard a better version of the whole story, and I’ve never been convinced that it happened differently.

My career as a pedal designer and founder of JHS Pedals, my love of guitars’ rich history and my obsession with the story of the electric guitar in particular prop themselves up against this one moment. To quote Mikey from The Goonies, “It all starts here.” If you want to take this to its ultimate conclusion, I wouldn’t be writing this article without this moment in history. In fact, Guitar.com probably wouldn’t exist at all. Spooky, right?

Understanding the details of this seemingly simple moment in 1961 are more than important to me. It haunts me. If I was a grizzled FBI agent on ‘Fuzz Tone Unclassified’, this case would be the one that got away.

Unfortunately, we have to stick a pin in this until the next article, as Guitar.com has officially rejected my heartfelt plea to use this entire issue to tell this story. Join us next time to find out about the true story of the birth of fuzz.

Join Josh for more adventures in effect pedals at thejhsshow.com.