“When did the electric guitar become such a pariah?”: Joe Bonamassa

A special guest opinion piece from the world’s pre-eminent blues-rocker, in which he stands up for the right to be loud. 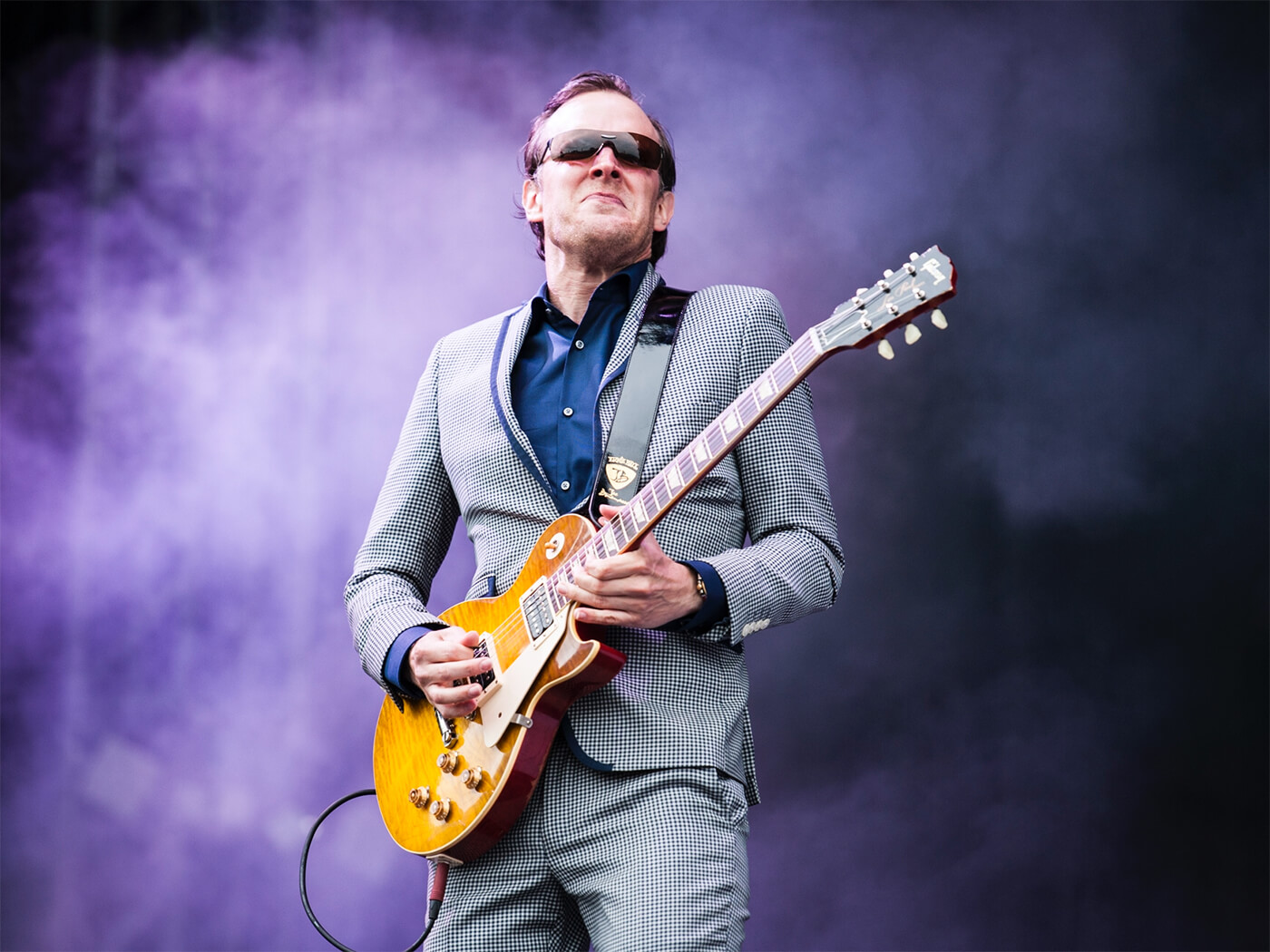 Hello, Joe Bonamassa here… yeah, you know, the same guy who was accused of calling pedal users lazy (not quite) and has been labelled everything from overrated to overweight. Anyway, I have been asked to write a few words in defence of us loud guitar players out there seeking redemption or at least some sort of validation for our methodology. So here it goes…

It all started in 1939, when a guitarist named Charlie Christian who was tasked as being a featured soloist in the Benny Goodman Sextet (tough gig, those horns are loud!). He needed a guitar with a pickup and an amp… next thing you know, the Gibson ES-150 and amp was in production. Then in 1945, Paul Bigsby, Leo Fender and ultimately Les Paul started a revolution of sorts. The electric guitar was front and centre. Loud and proud, as you would say.

Since then, the electric guitar has been the focal point of most vocal and non-vocal popular music for almost 80 years. In 1967, Jimi Hendrix and Eric Clapton took electric-guitar music to a fine art – the finest, in my opinion. Some others have used it as pure songcraft (Neil Young), while others for basic chords in the youthful expression of anger (Sex Pistols, Nirvana, etc).

Now we can all agree on these basic historical facts, the question we must ask is, why do we now find ourselves marginalised by live sound engineers and stage managers that insist we achieve little-to-no stage volume at all? Basically, treating us and the electric guitar as the Typhoid Mary of the onstage environment? When did this happen? Why do we find ourselves chided and picked on as if we’ve done nothing to justify our place onstage?

I have a few ideas why.

First, let’s talk about in-ear monitors. In my opinion, they do more damage than good. Why? There’s no respite nor sweet spot on stage. It’s all the same and you run that loudness directly into your eardrums for 90 minutes at a time. In reality, you are not saving your hearing at all, regardless of popular belief.

All of this audio goodness is predicated on your willingness to turn down and sacrifice yourself for the ‘greater good’ onstage, which is one misnomer I found shocking when I was convinced to do it five years ago. It lasted one tour and I found I was living in divergent reality from what the audience was experiencing. The sound engineers found themselves in control of dynamics. That was unacceptable to me. It should be unacceptable to you as well, purely from an artistic point of view. It’s like letting Siri control the throttle on your car during the 24 Hours Of Le Mans road race.

Second, and most importantly, is concerning the guitar sound or tone in general. You will find the lower volume onstage and higher volume in the PA does not necessarily equate to a fatter, fuller sound. Most of the times it does not, especially when you listen back to live recordings of your gigs.

You must admit most all of your favourite guitar sounds are based on an amp working hard through a tough speaker or multiple speaker cabinets. ‘All dials to the right’ worked for Eric, Eddie, Jimi, Leslie and many of us at all levels of legend and skillset. You have to admit that a one-watt amp through a speaker simulation isn’t gonna cut it in comparison to a 100-watt Marshall through four cabs like Alvin Lee had at Woodstock. It is certainly not going to sound like Brian May at Live Aid in 1985, even if it sounds like that in your in-ear monitors.

It’s the concept of clean headroom – and tonal variations you get by having clean headroom. The knobs on your guitar were put there for a reason, remember. Not all gigs call for that type of sound, but most times you are told it sounds ‘massive’ out front. Truth be told, it sounds like a hive of bees and if you were in the audience during your own gig, you would not be impressed at all. That’s the truth, 99 times out of 100.

Bottom line: you need to play to the gig (volume- and amp-appropriate), but don’t change what you do to suit someone’s engineering and audio fantasy. They will come at you fast and furious with solutions and ways to take you off your game plan. My advice is to stand your ground and be the guitarist you worked so hard to be. Make Buddy Guy and Jimi Hendrix proud. Also, most importantly, make yourself proud of the work you do and legacy that you leave behind.