Major Keys: The eternal struggle between guitarist and sound engineer

In his latest column, guitarist Ian Fowles tells guitar players that they shouldn’t be afraid of turning it up loud – even if it causes a few conflicts. 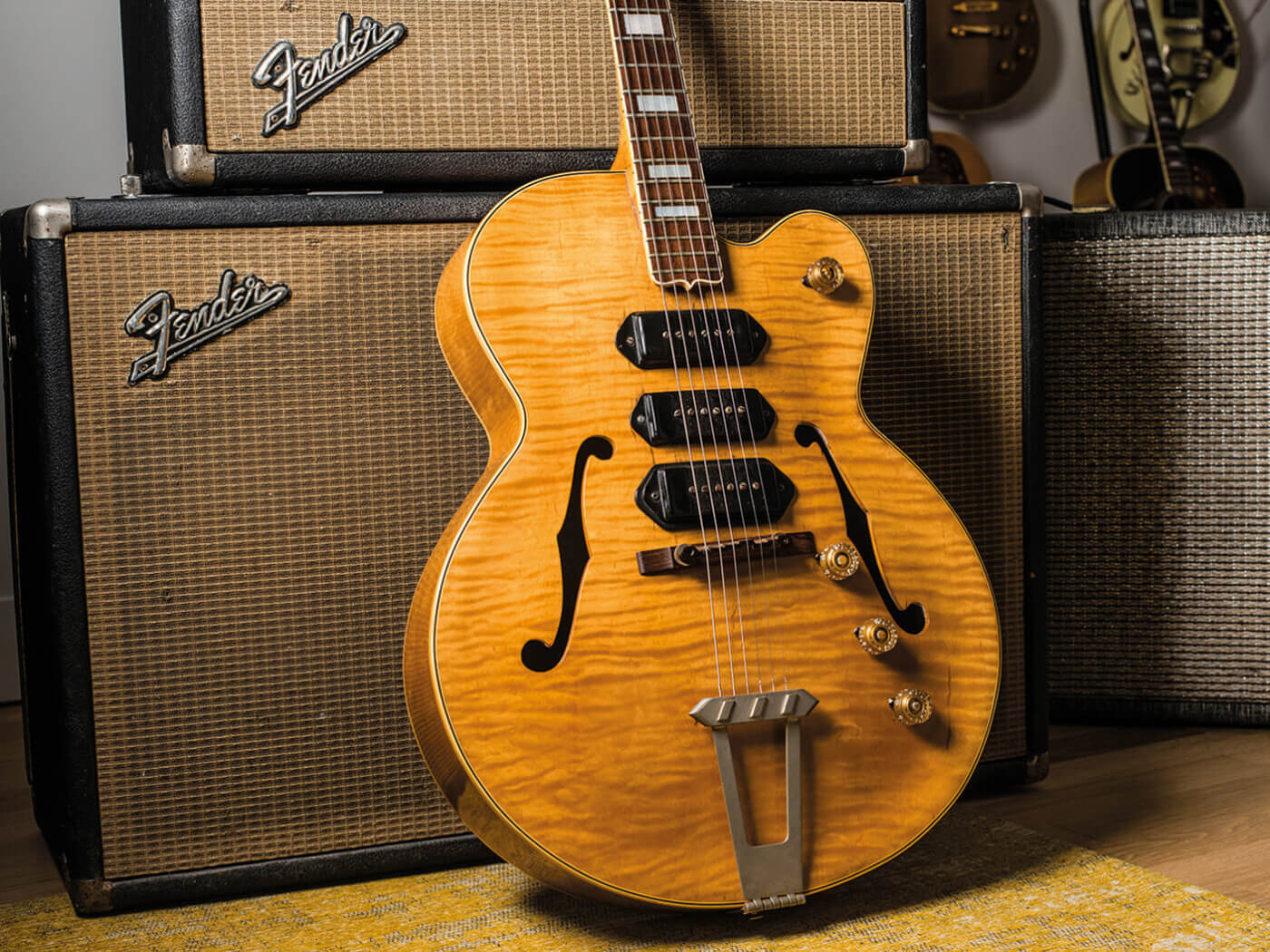 It’s a tale as old as time, one that occurs almost every night in every club, venue and bar across the world. A sound engineer is asking (or perhaps telling) a guitarist to turn down. In turn, the guitar player acts shocked, as if they had no idea they were the loudest thing on stage. “But this is the level I play at every night!” they think.

“I’ll have to take you out of the PA,” says the sound engineer, moving from requests to thinly veiled threats now. The guitarist does not care if they’re in the PA. Still, in an attempt to placate, the guitarist walks over to their amp and pretends to turn down the volume knob. And the cycle starts all over again.

If you’ve played a gig, the scene above will be a familiar one. The first time for me was around the age of 16 when I was playing in one of my first bands. During one gig, the sound guy literally walked up on stage while we were playing and turned down my amp! I was the lead singer in that band, so I was glued to my mic, unable to do anything about it mid-song, thankfully a friend in the crowd saw the situation unfolding and came to the rescue by turning me back up.

In turn, the sound guy muted my mic.

Like two puffed up animals battling for dominance on a nature documentary, it’s rare that these kinds of struggles end up with both parties coming to a happy compromise.

That being said… I’m here to say that you should play as LOUD AS YOU WANT!

Okay, that’s perhaps not the most conciliatory attitude to take, but think of it this way – life is short, and the time we get to spend on stage is even shorter. Even a headlining touring act probably spends less than the equivalent of three full-time work onstage in a year.

None of us get to do this as much as we’d like, so why not let it rip when we have the chance? Sure, you may get in fights with sound engineers on the reg, but ultimately, it’s your band onstage and you should decide how loud you want to play. If people aren’t into it, they can go somewhere else in the venue, or they can leave – let the people who are enjoying it, including those on stage, have fun with loud music.

And this isn’t dismissing the damage that high sound levels can do to hearing either, but listen – earplugs are cheap. Depending on the style, they can cut up to 33dB off of a concert’s volume level. Because decibels are measured logarithmically, that means it can reduce the volume by around eight times.

If you’re working in a venue or going to a lot of gigs (or indeed playing them), you should know all about this and take precautions if you need to. Ultimately, we all know that if you’re going to a live concert, it’s going to be loud, right? And if you don’t know that, you soon will.

I remember the first time I saw Bad Religion – it was at the Palladium in Hollywood in the early 90s, and I was front row against the barricade. The stage was just low enough for me to be ear-level with Greg Hetson’s Marshall half-stack. It was unbelievably loud to me at the time and my ears were still ringing the next day. And you know what, it sounded glorious, and I lived to tell the story. I had a great time and will never forget how good his guitar and amp sounded.

Big, loud amps have become an endangered species in recent years. As venue PAs have become bigger and better, the argument was that you didn’t ‘need’ a loud amp as smaller combos would be put through the PA with all the other instruments and mixed like a record from the front of house console. This ensured a ‘better’ sound for the crowd, while the monitors can provide more than enough onstage volume… so claim sound techs, anyway.

This may be empirically true, but in my opinion nothing sounds, or more importantly FEELS, as good onstage to me as a large cranked tube amp.

A little while back I got to see Dinosaur Jr. play in a very small club in Cleveland, Ohio called the Grog Shop. I assumed J Mascis might strip down his massive rig of three full stacks (all being used – no dummy cabs) for a club that size.

Nope. And I’m glad he didn’t – the show was incredible and powerful, and his guitar sounded amazing. No one in the audience seemed to complain, and I feel like I enjoyed it more because it was loud.

And that brings me to my final point – there is a very real and visceral effect that loud music can have on us. Think about the first loud concert you went to. Did it make you want to move or dance or sing? Did you get chills?

In his excellent book This Is Your Brain On Music, Daniel J Levitin points out the effects of very loud music on the human body. This musician turned neuroscientist explains that loud music saturates our auditory system causing neurons to fire at their maximum rate, causing an emergent brain state that is different than when neurons are firing normally. This could explain the thrill or highs we feel at loud live shows.

And let us also not forget that our skeletal system is a conductor of loud vibrations – ‘bone conduction’ is a real phenomenon and it is now commonly used as a way to help those with hearing impairment ‘hear’ sound.

Our whole bodies are moved through the high volume of loud concerts, they can give us experiences we may never forget. So I’ll say it again, play as loud as you want.

Ian Fowles is a guitarist, actor and author from California. He was a founding member of hardcore band Death By Stereo, and since 2006 he has been the guitarist in The Aquabats! and has also played with Gerard Way, CJ Ramone, Hunter Bergan and many others. He also starred in the Emmy-winning TV series, The Aquabats! Super Show!

Find out why Fowles thinks being a good guitarist doesn’t always matter.