As the musical instrument industry gears up for the event of the year and the NAMM rumours start going into overdrive, we compile our wishlist. 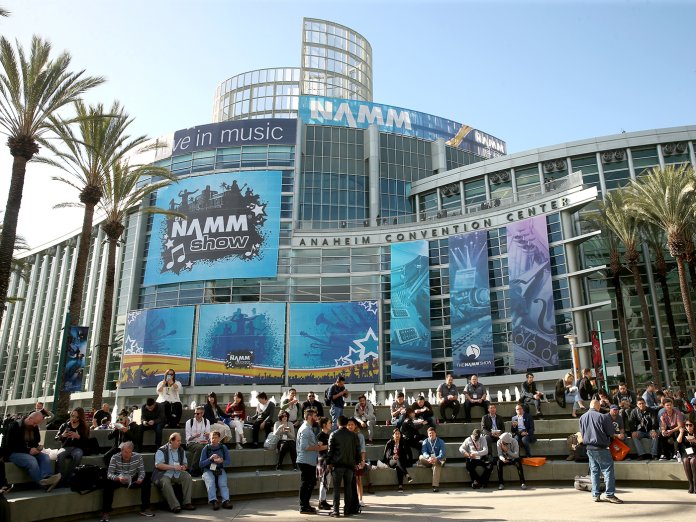 Winter NAMM 2019 takes place from 24 to 27 January 2019 at the Anaheim Convention Center in Orange County, California.

We’ll be reporting live from the show floor, bringing you all the latest news and demo videos so you’ll be able to see the hottest new guitars, amplifiers, effects and accessories at NAMM 2019 on your phone, tablet or computer. Make sure you follow us on YouTube, Instagram, Facebook and online!

If the 2018 shows in Anaheim and Nashville were anything to go by, 2019 is likely to see recent trends such as wireless and Bluetooth functionality creep ever further into guitar amp and pedal design. And whether you call it ‘baked’ or ‘roasted’, torrefied tonewoods are here to stay. 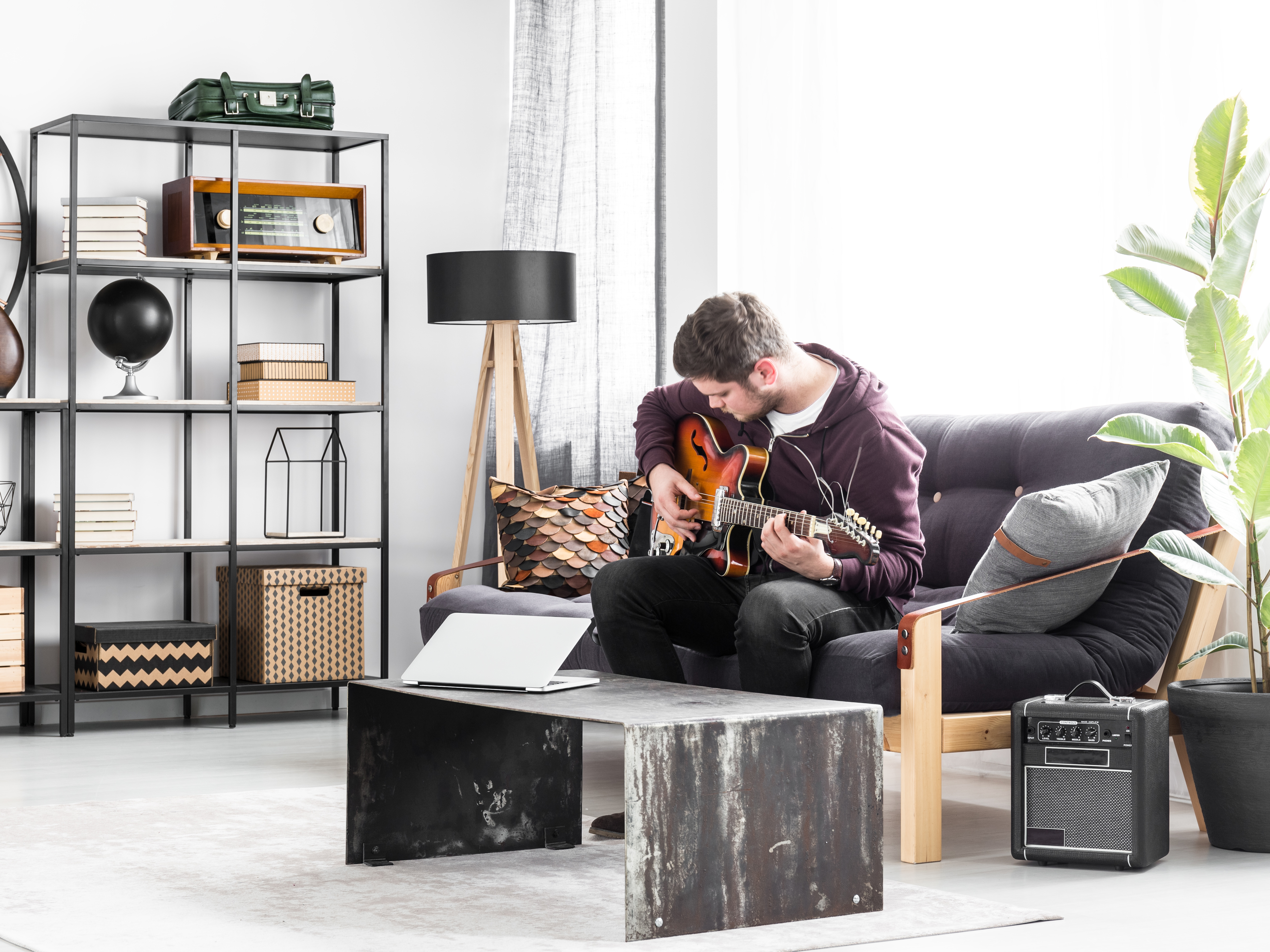 It sounds like the holy grail, right? Imagine if someone took a killer boutique-style low-wattage combo with delicious spring reverb and tremolo and then built in some modern wireless technology. You could tweak tones from a phone app without getting out of your seat and beam your guitar signal to the amp over Bluetooth without pesky trailing wires.

Of course, we’ll also need a great onboard attenuator so that the neighbours don’t complain. Because who wants to have to stop playing and get off the sofa to deal with the angry person banging on your front door? Amp-makers, we’ve thrown down the gauntlet, the rest is up to you… 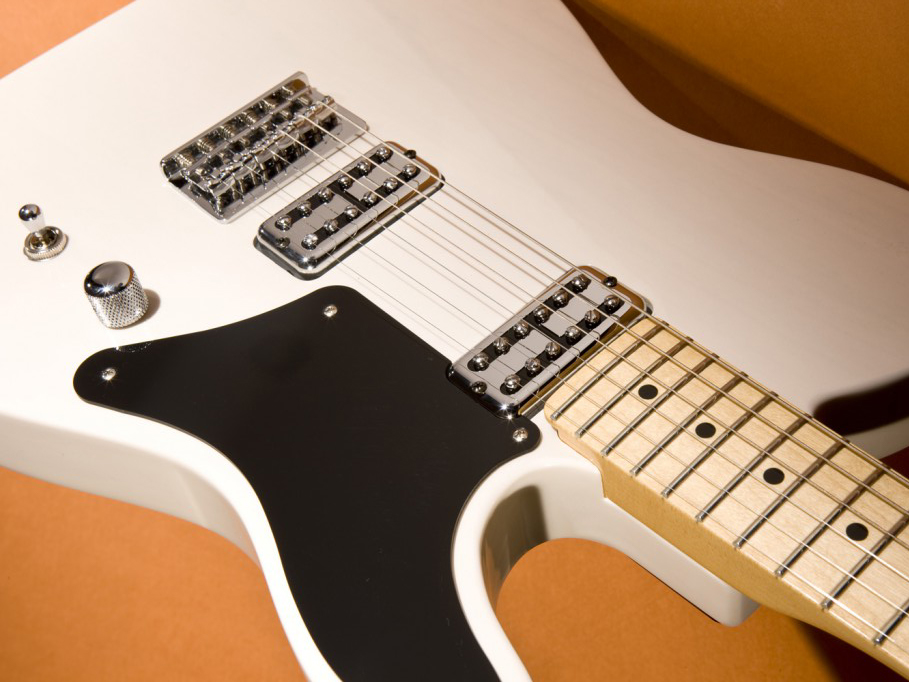 Remember how the Cabronita started life as a Custom Shop design, became the hottest new guitar in the world thanks to affordable Mexican and Squier versions, and also sparked a cottage industry in partscaster builds? Yeah, that.

The Fender Custom Shop always impresses at the NAMM Show – we’d love to see a guitar from the class of 2019 light a similar fire one decade on from the introduction of La Cabronita Especial.

Following the announcement of Gibson’s new CEO JC Curleigh (pictured above), we hope that the Nashville company’s next wave of instruments reflects what the guitar-buying public seems to really want: Les Pauls, SGs and ES-335s that look, feel and sound like the guitars our heroes played, but don’t cost Custom Shop money.

Gibson famously didn’t exhibit at NAMM last year. But expect the much-loved brand to return with a big splash as it makes its first big industry statement since the departure of Henry Juszkiewicz. 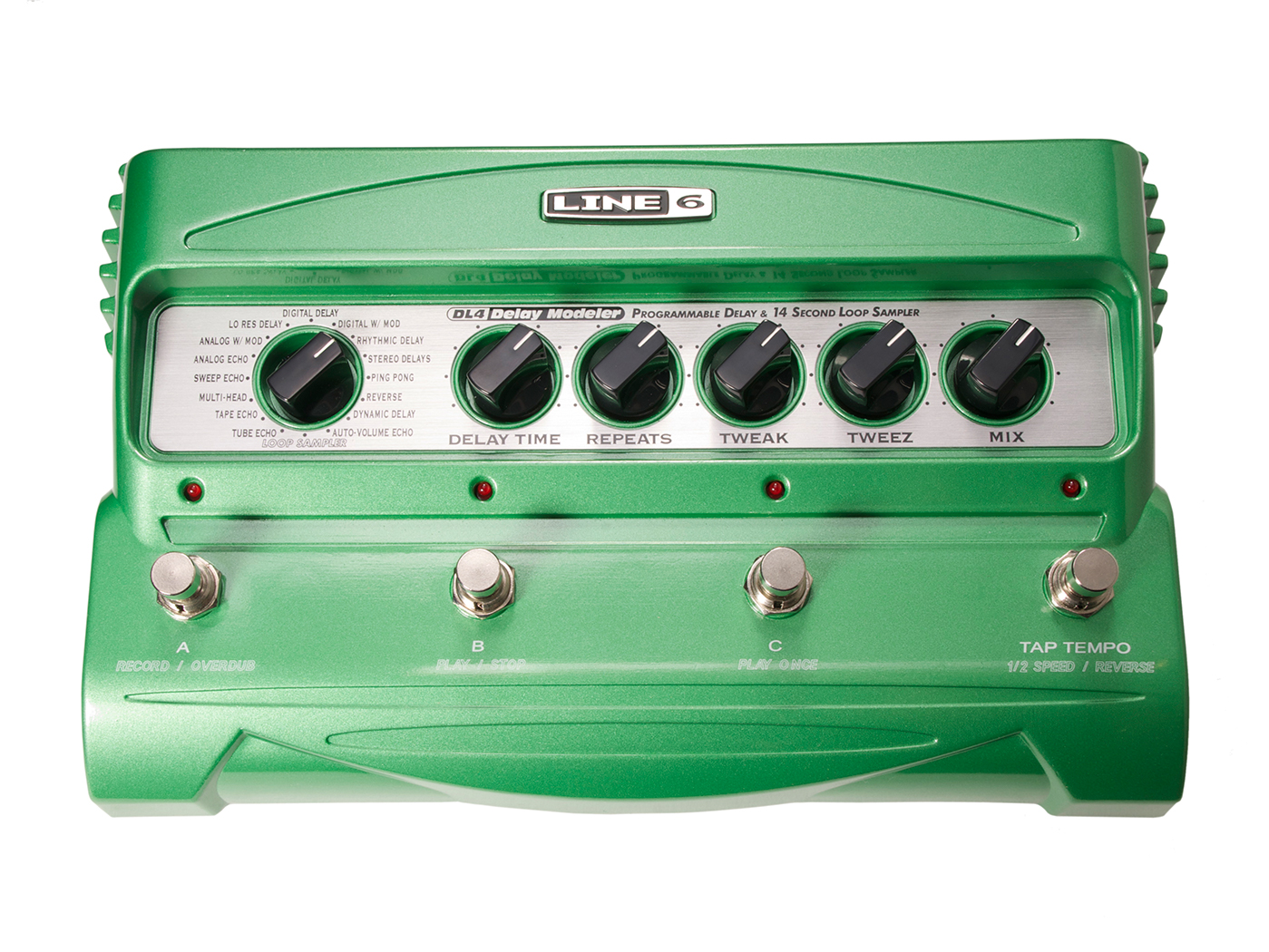 The genre-shaping Line 6 DL4 delay pedal is two decades old. Although you’ll still find it on pro and amateur pedalboards across the globe, surely the time is ripe for an update that stays true to the simplicity and functionality that made the original four-button delay modeller and looper so appealing to creative guitarists?

More robust switching, new DSP and a slightly smaller and more pedalboard-friendly footprint would make the competition very nervous indeed. One delay pedal to rule them all? We can only hope.

Designed by Taylor’s resident genius Andy Powers, V-Class bracing was the biggest acoustic guitar story of 2018. The innovative technology delivers on its promise to improve sustain, projection and intonation, and Summer NAMM saw Taylor announce its intention to roll V-Class out across all of its US-made acoustics.

For NAMM 2019, we’re sure that Taylor will have something similarly exciting up its sleeve, and as ever you’ll hear it, and read about it, here first.

A Strymon multi-effects board 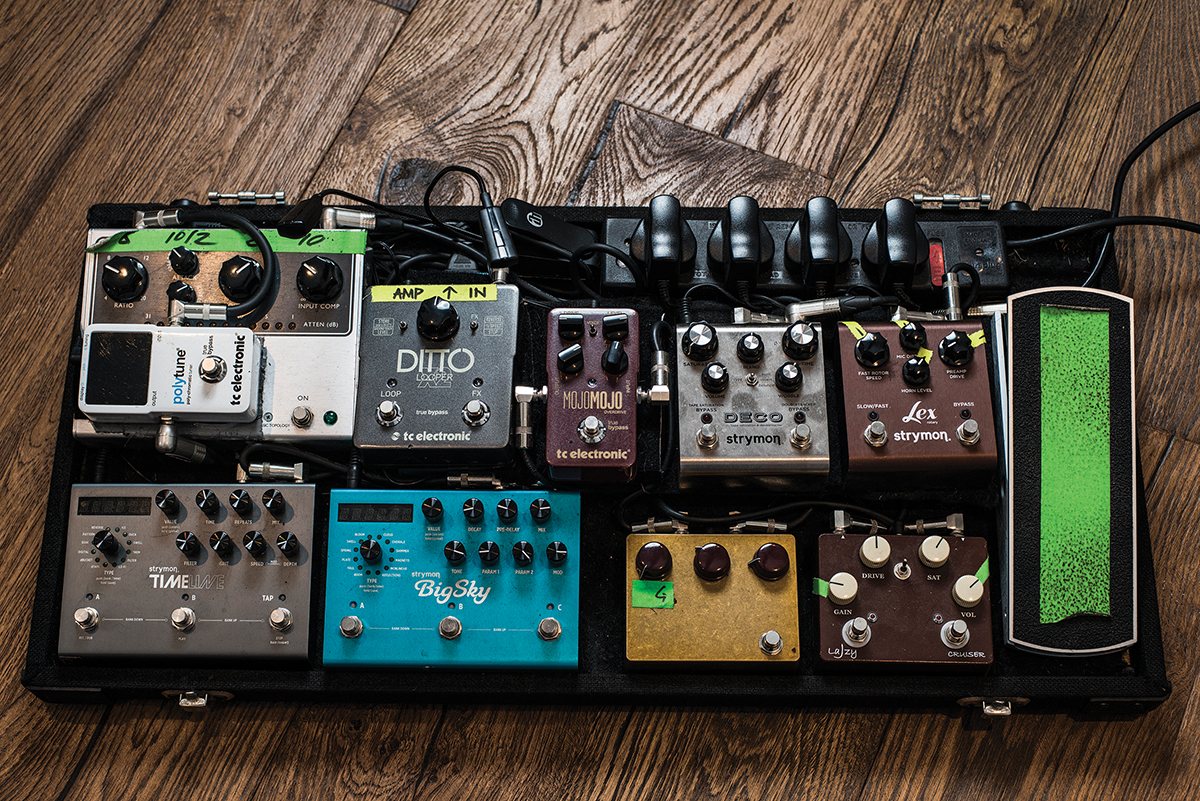 Although it would potentially cost as much as a small hatchback, can you imagine if the Californian effects wizards crammed their world-class ambience and modulation effects (and really quite good overdrives) into one box, complete with user presets and an expression pedal? Come on, guys… pretty please? 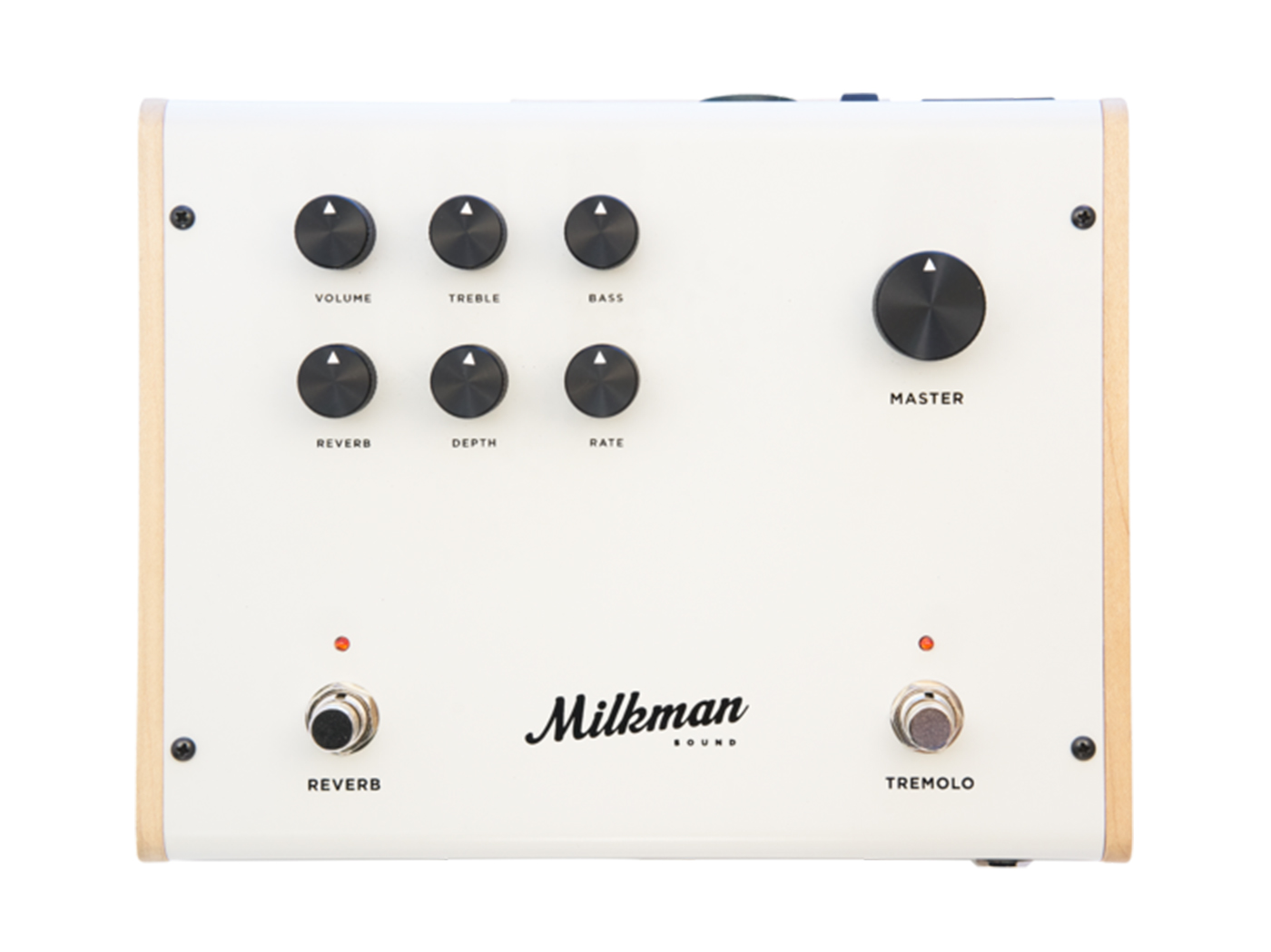 Milkman Sound’s The Amp paved the way at NAMM 2018, but imagine if the tone of iconic vintage amplifiers became available in a pedalboard-friendly format with a Class D power amps to provide the horsepower. A Plexi in a pedal? An AC-30? A tweed 5E3 Deluxe? Whoever nails this first stands to shift a lot of units.

A Waza Craft version of the Boss CS-2 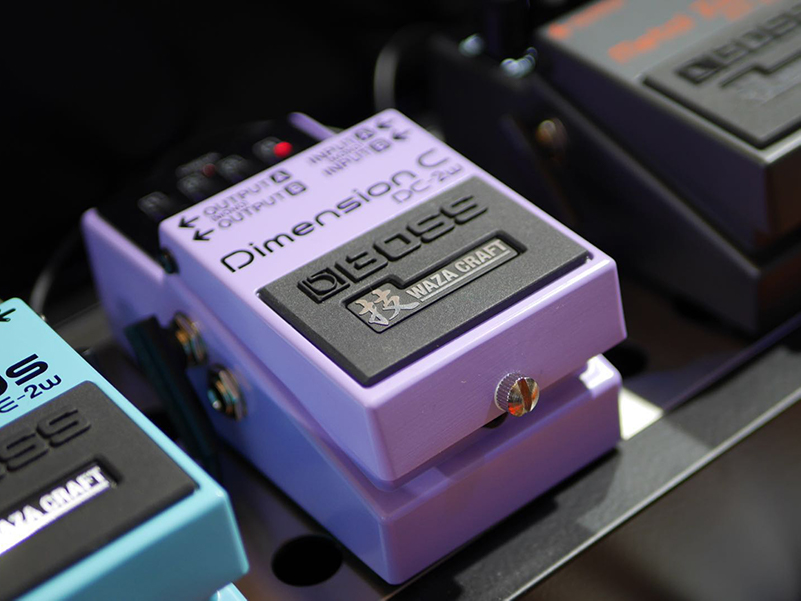 One of the most popular stompbox compressors of all time went beyond the two-knob format to offer guitarists more control than was commonplace on its launch in the early 1980s. Waza Craft technology has so far seen iconic Boss compact units such as the DM-2 Delay and DC-2 Dimension C get new leases of life, and it must only be a matter of time before the company’s attention turns to the CS-2.

Fender recently announced its plan to recreate the Led Zeppelin legend’s 1959 Telecaster that Page used to record the band’s debut album and the solo in “Stairway To Heaven”. With four models planned for release throughout 2019, how cool would it be if Jimmy Page himself appeared at the Fender booth to coincide with the unveiling? Given that previous NAMMs have seen such legends as Brian Wilson in attendance, it’s impossible to rule out. 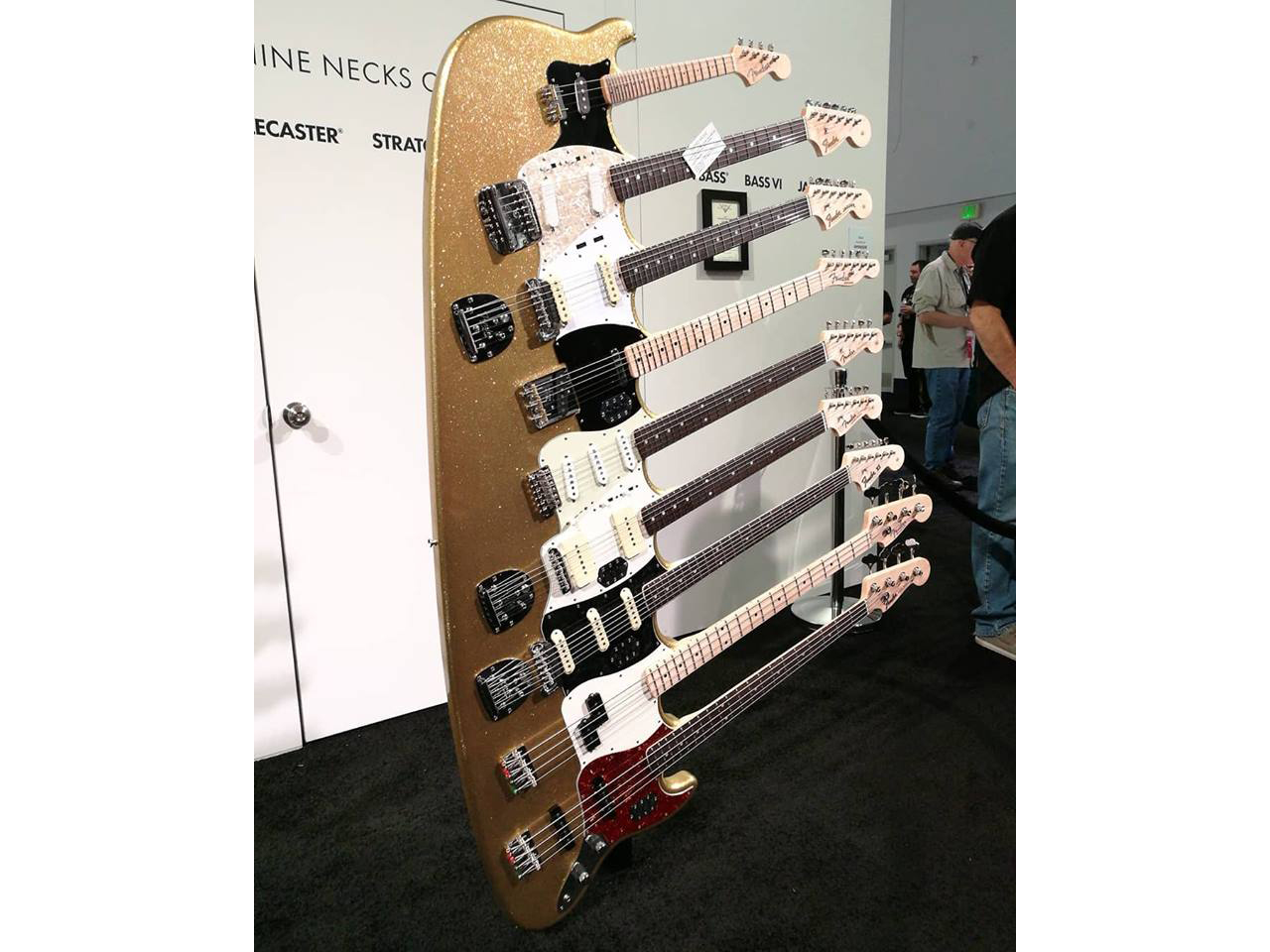 At NAMM 2018, Fender Custom Shop Master Builder Paul Waller’s incredible Prestige 9-Neck was one of the most photographed and talked-about reveals at the show.

Featuring necks from a four-string mandolin, Mustang, Jaguar, Telecaster, Stratocaster, Jazzmaster, Bass VI, Jazz Bass and Precision Bass, it was a stunning feat of luthiery. But can it be topped for 2019? Can anyone build a multi-neck guitar that goes all the way to 10… or even 11?

Let us know what new guitar gear you’d like to see launched at Winter NAMM 2019 and stay tuned to Guitar.com for all the latest NAMM news, rumours, demos and much more from Anaheim.