Remembering John Lennon and Yoko Ono’s Give Peace A Chance

On this day 50 years ago, the Beatle’s bed-ins resulted in one of the most famous anti-war songs ever. 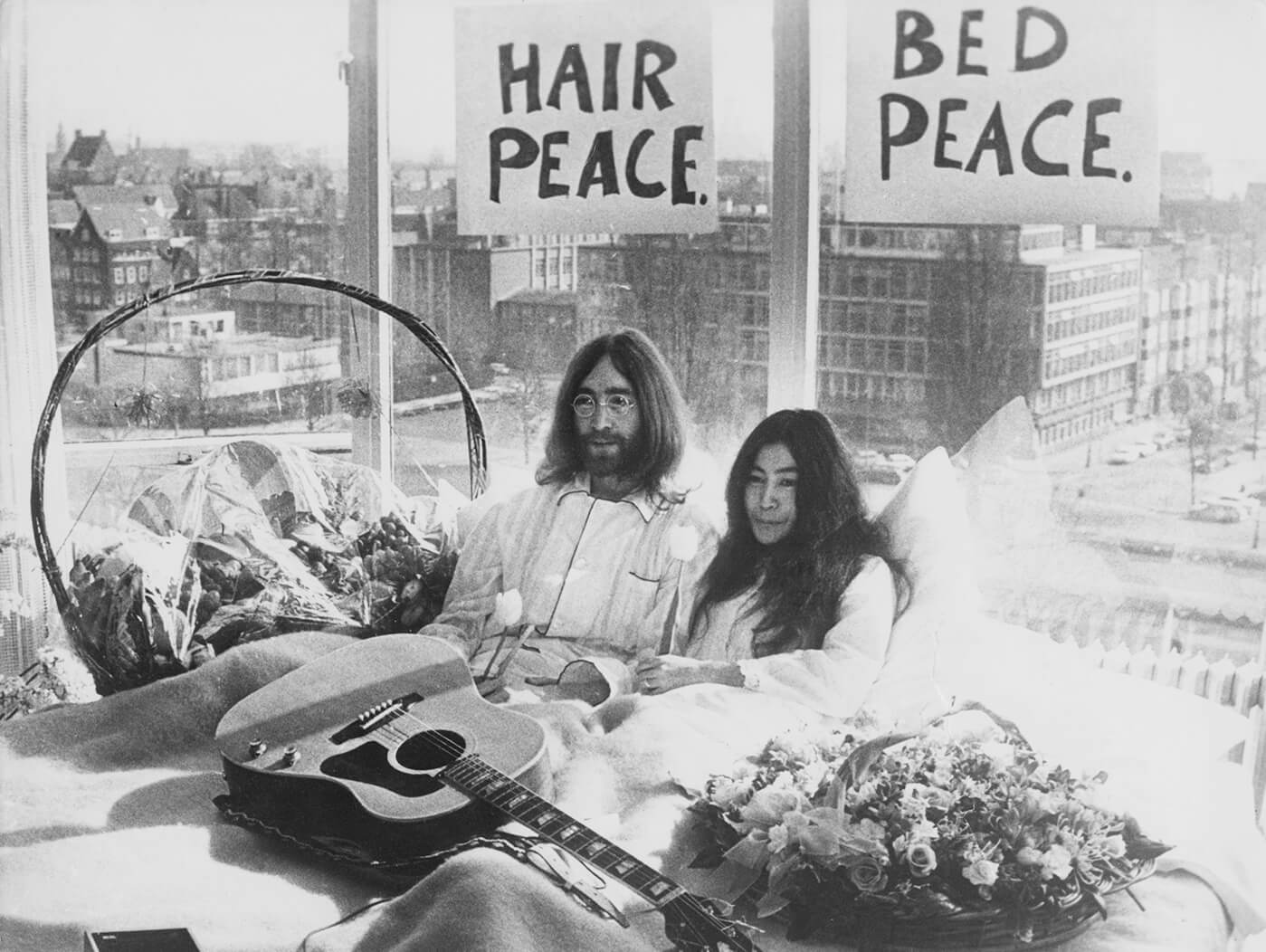 The world changed in 1969. In that year, mankind took giant steps forward, landing on the moon and launching the Concorde among them. Yet the period also had its fair share of tragedies, the most calamitous of which was the ongoing Vietnam War. But 6,000 miles away from the Southeast Asian nation, in a hotel room in Amsterdam, the brutal conflict would inspire one of the most famous anti-war songs ever: Give Peace A Chance.

Although the immortal tune was recorded on 1 June 1969, the seeds were sown months earlier. Days after John Lennon and Yoko Ono’s secret wedding in Gibraltar on 20 March 1969, the couple holed themselves up in Suite 902 at the Hilton Amsterdam, sitting in bed for a week, inviting reporters daily to ask them questions. The purpose? To “give peace a chance”, Lennon told reporters.

This spontaneous – almost flippant – phrase would go on to become the title of the anti-war song the couple would record on the penultimate day of their second bed-in later that year. On 1 June, Lennon and Ono, with numerous journalists and celebrities present, recorded Give Peace A Chance in room 1742 of the Queen Elizabeth Hotel in Montreal, Canada. It was tracked by André Perry, who at the time was a young record producer from the city.

The setup was simple, as Perry described to Beatlology Magazine, but the impact was huge. With only a four-track Ampex and four microphones – one for Lennon and his guitar, one for Tommy Smothers of the Smothers Brothers, and two for the room – they created an anthem that would be heard ’round the world. Give Peace A Chance was officially released on 4 July 1969 in the UK with Ono’s Remember Love as the B-side, and climbed to number-two on the UK Singles chart. Not bad for a song that features percussion provided by a wardrobe door.

Years later, however, Ono would reflect on the true impact of their campaigns for peace: “John and I thought after ‘Bed-In,’ the war is going to end,” she recalled in a MoMA retrospective. “How naive we were, you know? But the thing is, things take time. I think it’s going to happen. I mean, that I think we’re going to have a peaceful world. But it’s just taking a little bit more time than we thought then.”