You Ask: How to repair fretboard divots caused by heavy gauge strings

We help this reader navigate a tricky fretboard issue. 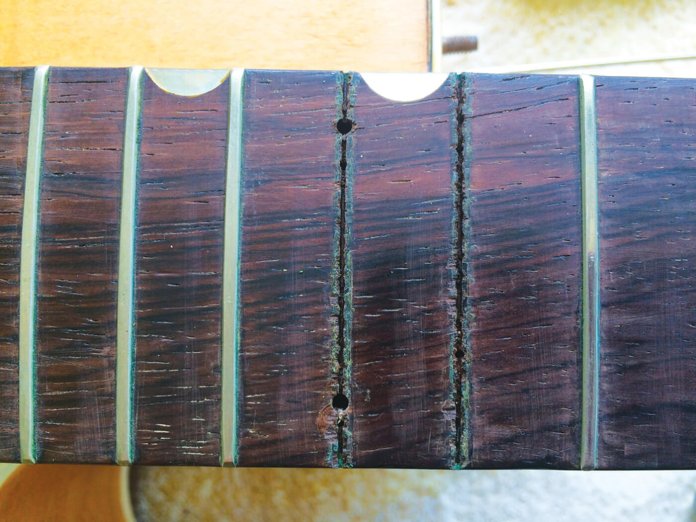 Our second query for the week comes from Kaiser Matt Armstrong, who wants to know how to mend fretboard divots caused by old, heavier-gauge strings.

Kaiser asks: “I’m enjoying your vintage bench test features, the pictures are gorgeous and the text insightful. Regarding Huw’s comment that suggested fretboard divots may be down to long nails… I wondered if it was possible that one reason for excessive fretboard wear on older guitars [is] related to the use of heavier strings? The greater pressure required to fret a note may perhaps plough a furrow faster than the lightweight strings popular today?

“Playing with The Kaisers – a group of Scottish beat revivalists formed in 1992 – I usually chose period-style flatwounds with a wound third, but they’re not for the faint-hearted. I have a few vintage strings and these seem incredibly heavy, no wonder so many old guitars need a neck reset! I’ve enclosed a picture [below] of a pitted Harmony neck and some 60s string packets. Is there a proven repair route for this kind of wear?” 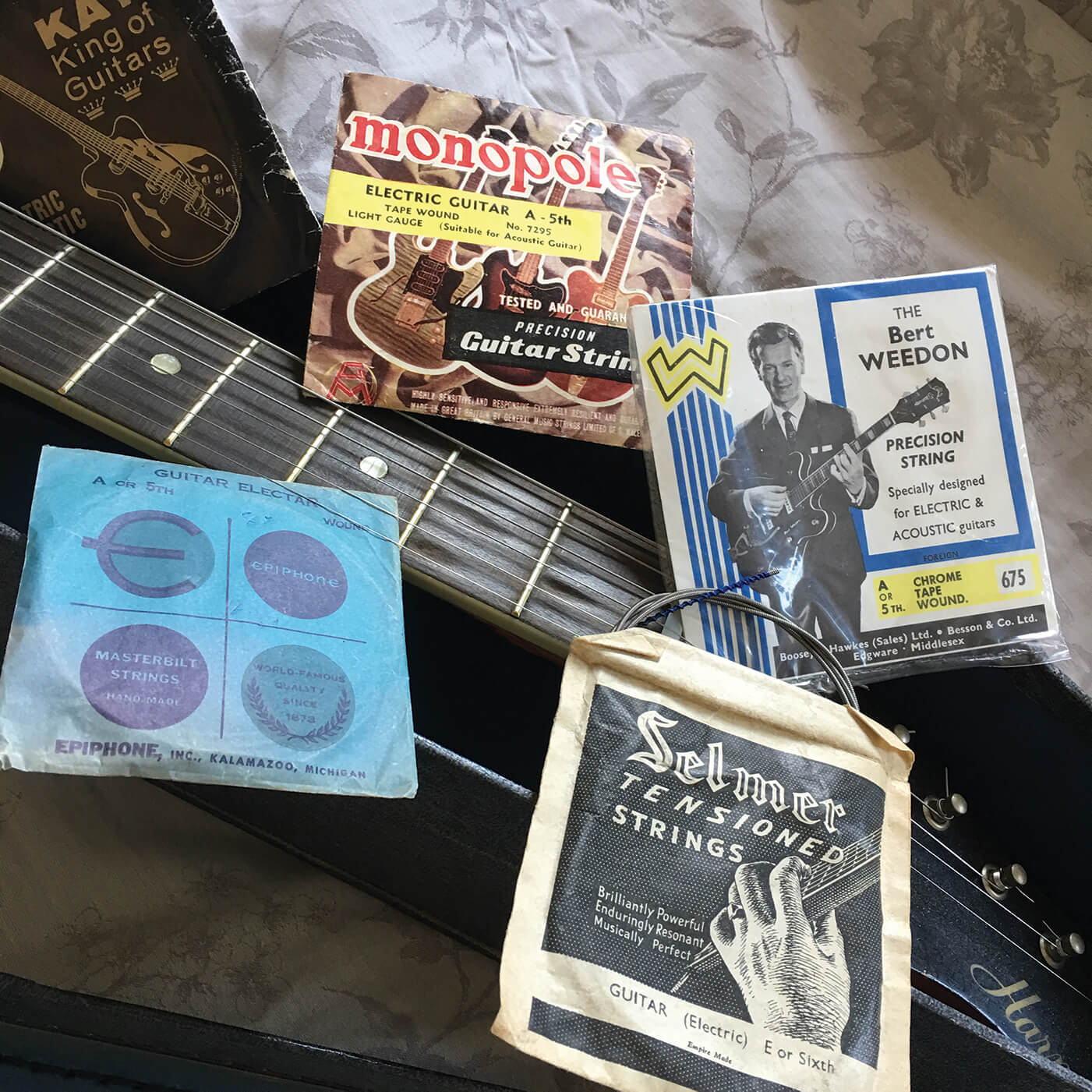 Thanks for getting in touch, Matt. The day before your query arrived, I was discussing this very subject with a luthier friend. Apparently, he sometimes sees gouged rosewood ’boards on relatively new guitars, so it’s not a thing of the past, but that doesn’t actually discount the fingernail theory.

A few years back I did a fretless bass conversion and the ’board had to be coated with superglue to protect it from the strings. This is de rigeur for fretless basses, so maybe gouges are string- rather than fingernail-related as you suggest. But since these wear patterns are often present on guitars that were made after the mid-1960s, the heavy gauge theory could be moot because most players were using lighter sets with plain thirds by then. Besides which, the gouges often seem to occur under the plain rather than the wound strings. 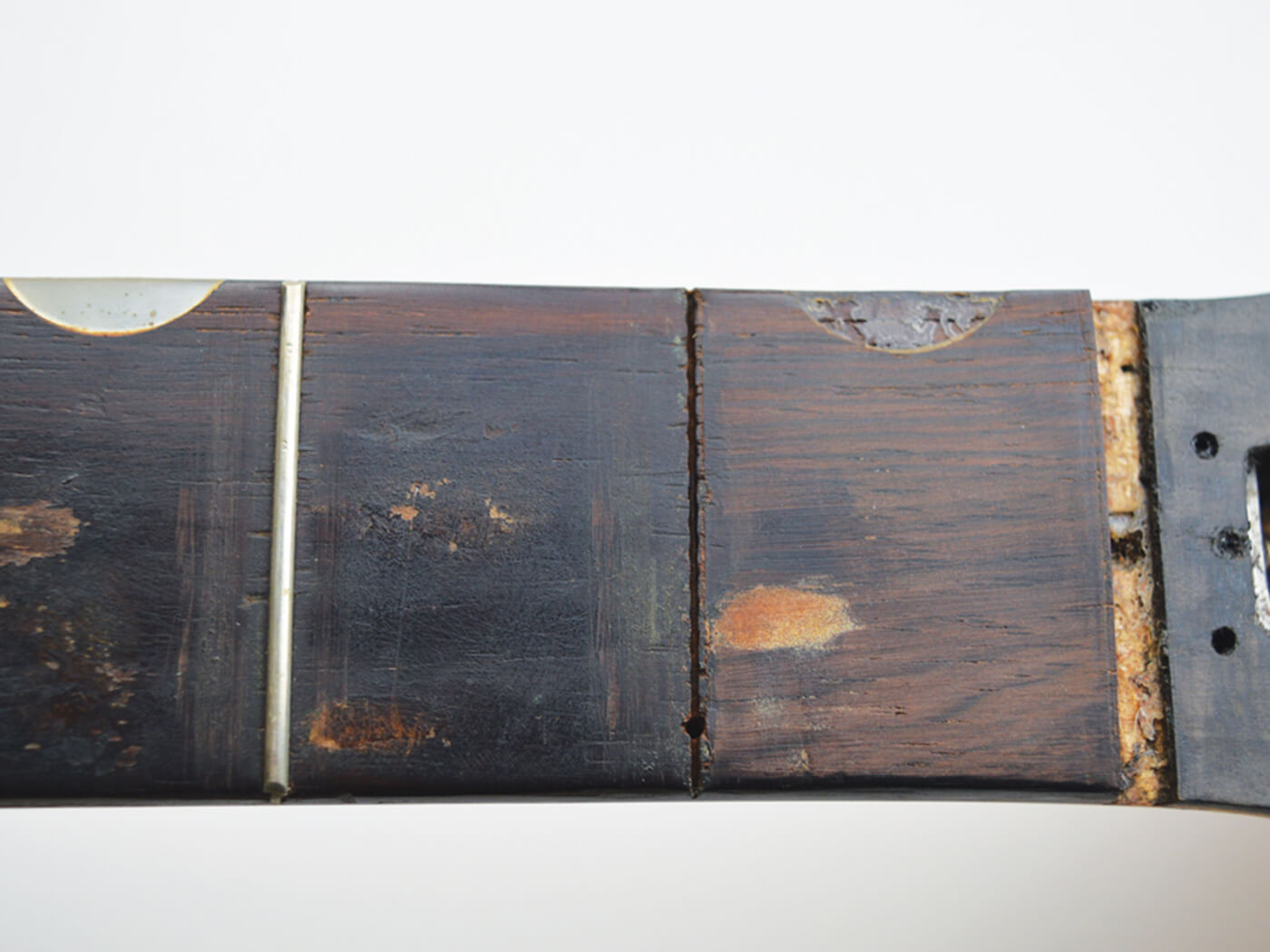 Perhaps taller modern frets provide some protection, so it may be helpful to consider older Gibson guitars that have been owned by jazz musicians. They’re the ones with even rather than localised wear along the back of the neck because they can play in more than three keys. This type of guitar often has very low frets too, but fingerboard wear tends to be nonexistent.

This could debunk the tall fret theory, but we’d have to consider whether the flatwound strings those players prefer are kinder on the ’board as you suggest. Or it could just mean that jazz musicians take more pride in their appearance than the average rocker or blues player and whip out the clippers on a regular basis! Of course, this brings us full circle but in defence of long fingernails… they can come in useful when we’re digging our way out of rabbit holes!