From gospel legends to genre forefathers, we look at seven guitarists who deserve their own signature SG. 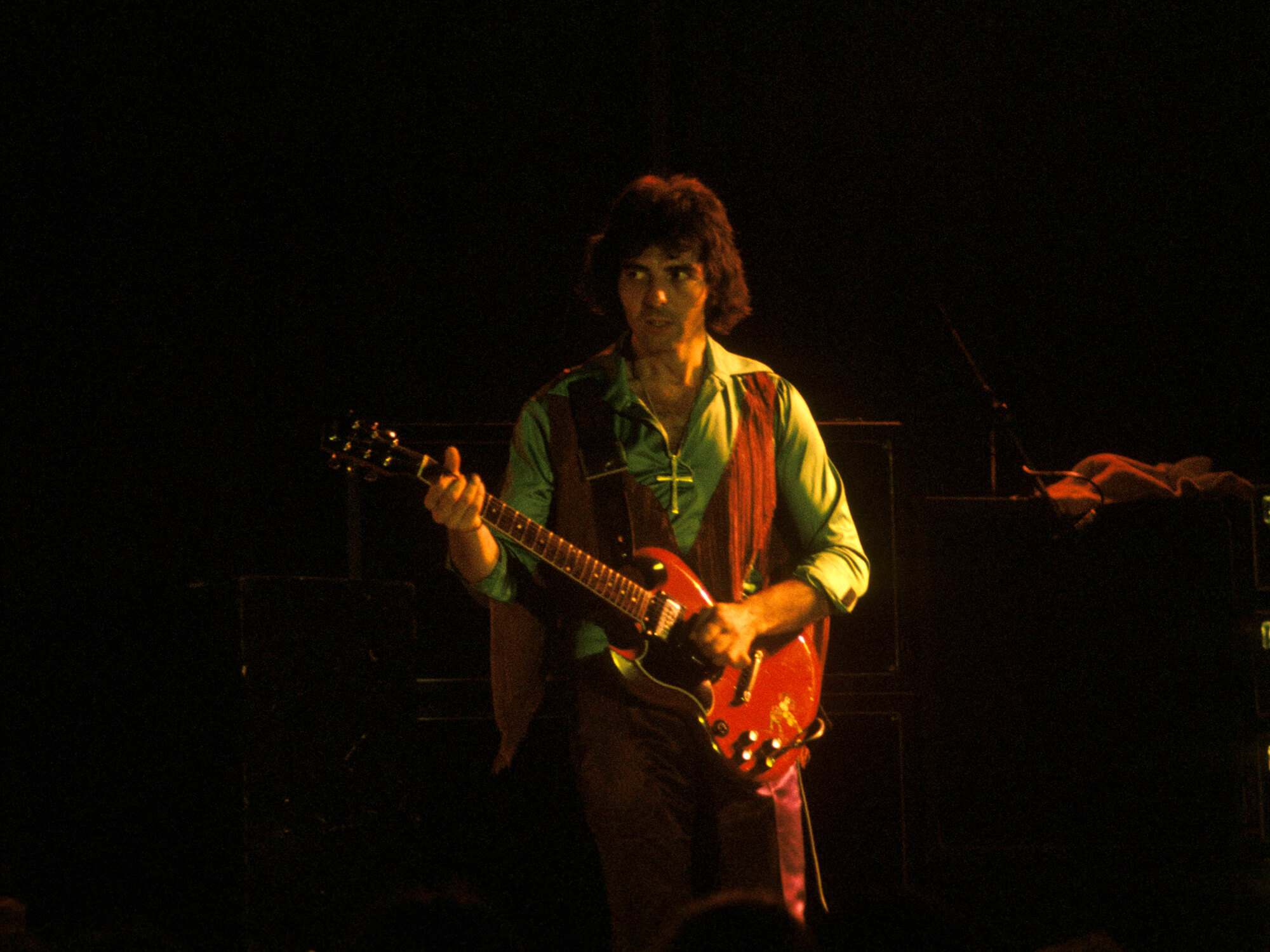 Thanks to the many high-profile guitarists who adopted it, the SG is one of Gibson’s most revered models. Many of these artists already have their own signature model – Angus Young, Kirk Douglas, Tony Iommi, Jimi Hendrix, Brian Ray and more.

Here are seven artists who we think should get their first (or yet another) signature SG.

With Sister Rosetta Tharpe more widely known than ever and more and more women picking up the guitar, calls for a Rosetta Tharpe signature model are stronger than ever before. Tharpe defied the masculine and gospel traditions of the 1940s, helping to lay the groundwork for rock ’n’ roll in the process.

The Arkansas-born singer played a white three-pickup Les Paul SG Custom with a Sideways Vibrola, though experts disagree on its year. It wasn’t the only guitar she played over the course of her almost 50-year career but a signature model honouring her legacy and contribution to music would be a fitting tribute from Gibson. There are too few signature instruments given to women players. Mary Ford, wife of a certain Les Paul, also played a Les Paul SG Custom and deserves her own signature model too.

While it’s true that Gibson issued a signature run of Frank Zappa’s ‘Roxy’ SG in 2013, we think he deserves another: ‘Baby Snakes’. Though not strictly a Gibson creation, this guitar features some intriguing specs for those who love the look of the SG but prefer a different feel and sound.

Zappa bought Baby Snakes from photographer/luthier Bart Nagel backstage in Phoenix in 1974, for $600. The neck has 23 frets rather than the standard 22 typical of an SG. The additional fret required that the neck pickup be pushed back towards the bridge.

After Zappa bought the guitar, he took it to his go-to luthier Rex Bogue, who installed a boost circuit, an out-of-phase control switch, split-coils, and an EQ boost. At one point, the guitar is believed to have had an onboard Dan Armstrong Green Ringer ring modulator onboard too. Such modifications would make this a real oddity in Gibson’s signature lineup – something truly worthy of bearing the Zappa name.

Best known for his work in Redd Kross, the Circle Jerks, and Bad Religion, Greg Hetson has been a punk mainstay since the late 1970s. His weapon of choice has long been a 1962 Gibson SG that’s been known to sport a Seymour Duncan Alnico II Pro in the bridge position and a Sideways Vibrola.

Hetson has used multiple SGs over the years. But that ’62 has the most incendiary history. According to Bad Religion bandmate Brian Baker, a tech set it alight in a bizarre soldering accident. Perhaps a relic’d version might make a nice punk addition to Gibson’s Artist SG line-up?

Among the hordes of Blue Öyster Cult fans in the 1970s was Pittsburgh luthier Rick Kresiak. Kresiak made a custom SG for Cult stalwart Buck Dharma, which he used for years during live performances of (Don’t Fear) The Reaper. The body and neck were made of laminated Indian mahogany, and the latter featured custom inlays. The guitar’s two humbuckers were Bill Lawrence blade-style pickups, and it featured another subtle customization in that the stop tailpiece was further back than you’d find on a stock Gibson SG.

According to Buck’s website, the guitar is still in his collection. We think it would make a fine addition to Gibson’s too.

Slowhand’s 1964 SG Standard, ‘The Fool’, earned its title from its custom-painted body by the Dutch design collective of the same name. Used during Clapton’s time in Cream, the guitar is the epitome of psychedelia, with its boldly coloured oil-based enamel coating that depicts a celestial scene.

Hundreds of fans have created their own tributes to The Fool over the years, making this an obvious choice for a highly sought-after signature Gibson model.

During the first few years of Danish hard-rockers Volbeat, Mike Poulsen relied heavily on an SG GT – a somewhat obscure limited-edition model made by Gibson in 2006 and 2007 as an homage to American muscle cars.

The sporty SG featured a unique bridge, racing stripes, an ebony fretboard, split-coils, and an onboard high-pass filter. Unsurprisingly, it was widely criticized by Gibson purists, mostly due to its bridge. But the instrument was revitalised in the hands of Poulsen. For fans who missed out on the GT during its first few limited-run laps, a Poulsen signature model would be an ideal opportunity to get back in the race.

Yes, the godfather of heavy metal already has several signature Gibson models to his name. Most recently, the Custom Shop issued a run of his 1964 ‘Monkey’ SG guitars in 2020, with Gibson USA following suit in 2021. The first Iommi signature Gibson, however, came in 1999 and was loosely based on the specs of ‘Old Boy’, which was custom-built for the southpaw by famed luthier John Diggins.

Though Gibson’s 1999 signature SG featured cross inlays and Iommi’s signature at the headstock, it wasn’t a precisely faithful facsimile of the iconic Old Boy that the Aston man used throughout his career. The original’s pickups were custom-made by Diggins. Gibson’s copies were close but the casings didn’t quite match. Iommi’s stage guitars also have a disconnected bridge-pickup tone pot, and at one point had a booster circuit.

Though Iommi has several signature SGs to his name, we feel that Old Boy has yet to get the recreation it deserves – and a Murphy Lab relic job mimicking its finish would be a sight to behold.