Vintage Guitars – Walk on the Wild Side

Do we pay too much attention to the hallowed classics of the gear universe? Phil Harris loves them, but urges us to keep an open mind… 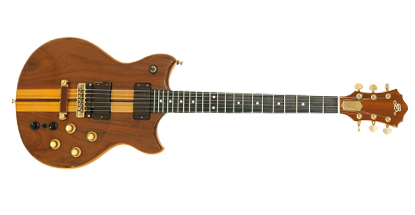 We all know that guitar collecting can be a very serious business, and that some people view old instruments as investments and as antique pieces. But there’s always room, in my opinion, for us to indulge in our love of the wacky and wonderful. You could argue that, for my generation, a love of the leftfield was kicked into us from day one.

Sure, we could catch glimpses of our heroes playing Fenders and Gibsons – and we could spend our Saturdays indulging in our favourite activity (what my brother called ‘guitar grovelling’) at all the local shops. However, the instruments that we could actually aspire to at the time – the likes of Burns, Hofner and Watkins – were vague approximations of the starspangled guitars that fuelled our dreams.

After all, the guitar I learned to play on had six control knobs that were kind of mixer controls that I’m pretty sure Einstein wouldn’t have got to the bottom of, and the neck of Burns Vibra Artist was perfect for the likes of Round The Horne’s Jimmy Clitheroe (only people of a certain vintage are going to get that, but you’ll get that gist when I tell you that he wasn’t the biggest man in the world).

Things like the fact that the Vibra Artist just got fatter and fatter until it joined the neck will seem strange now, but there are other things that seem normal these days but were incredibly wacky at the time. Even finishes like fiesta red were novelties at the time, particularly as guitar players (and that includes myself) would often take their guitars back to the natural finish.

When I was young musician on the circuit, you quickly realised that a lot of players were conservative in nature and just wanted quality Strats, Les Pauls, Teles and so forth. There weren’t many competing with me to get hold of a Dan Armstrong Plexi… but that’s their loss. I might have known after playing on one for two seconds that a Flying V wasn’t really for me, but I still had to get a Gibson Firebird V from Bernie Marsden when he was looking to sell – even though I pretty much knew it was never going to be my main guitar.

The same thing applied to pedals, too. Along with pretty much everyone else, I was a big fan of things like the Crybaby Wah and a quality phaser, but that didn’t stop me from looking further afi eld. I was very taken with the Lovetone Ring Stinger and the way it made your guitar sound like it might do on the moon, but I could never for the life of me work out how to incorporate it into a song.

I could always be taken by a standard guitar that was somehow off the beaten path. I once saw a 1954 Strat that belonged to Steve Marriott that was fi tted with full-sized Grovers (no mini-Grovers back in those days), which meant they couldn’t be turned full circle. He must have tuned it by stretching the strings out. Now that’s wacky…

There’s also the memory of a Gretsch 6120 that I bought from Hank Cochran back in the ’80s. The guitar had a lot of fi ne qualities, but what really swung it for me more than anything was the fact that the logo had been burned into it with a branding iron. I had to sell the guitar later on, and it still ranks up there as one of the ones that got away that I miss the most.

So I’d urge everyone to celebrate the wacky and wallow in the novel and innovative in all its forms. After all, all the things we now call ‘classic’ were once wacky in their own right. What follows are some of the off-the-beatenpath gear I’ve had over the years…

Danelectro instruments are wackiness personified. John Entwistle apparently bought them early on because they were fi tted with roundwound strings, which you couldn’t get in the UK at the time. When the strings wore out, he’d buy a new Dano bass… 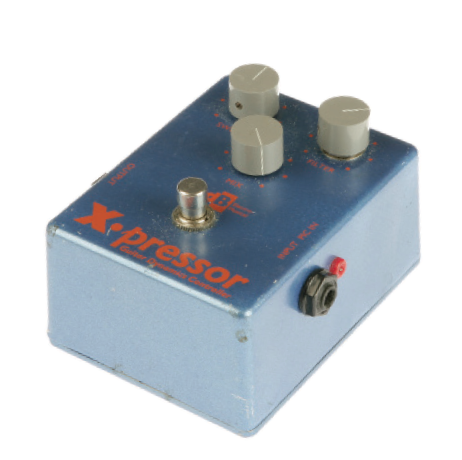 When I wanted to move on from the Crybaby, this became a real source of fun. Apart from the sonic larks that could be had with the three knobs, the sweep of the pedal ranged from rumbling bass to a pitch so high it would split any fillings you had. 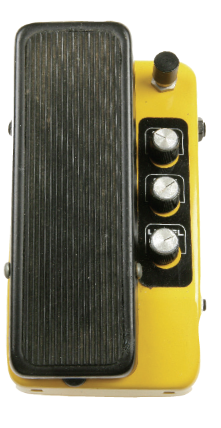 Made by the great Dave Petersen, this pedal was truly unique. You plugged in, and then played your guitar with a metal plectrum that was also attached to the pedal. The result was that it played your guitar backwards in a way that blew every part of your mind. With this pedal, you didn’t need drugs.

As mentioned in the text, this guitar was a must-have for me. After all, if Keith Richards had one, who was I to argue? Apart from the design, and its sonic qualities, you could fix any scratches in the body with sandpaper!

The wackiness of this guitar is increased for me due to the fact that I bought it from Francis Rossi, who – bizarrely – had been given it by Roland. It’s my favourite-ever version of the synth guitar, so everyone’s a winner.