“I’ve got a lot of other things I want to do”: Peter Frampton on illness, excitement and the end of his live career

The guitarist and songwriter talks Les Pauls, Bowie, and why he’s always striving to never play the same thing twice. 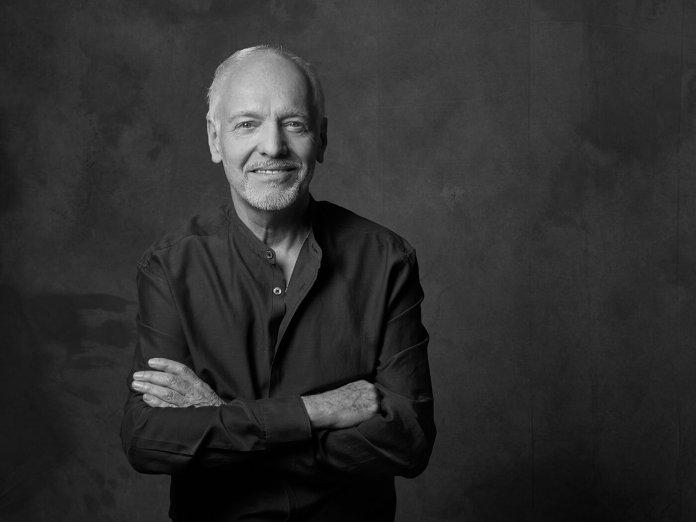 A legendary musician calling time on their career is always a bittersweet moment, but for Peter Frampton, the circumstances that have led to his retirement from live performance are particularly poignant.

Four years ago, the guitarist was diagnosed with a degenerative muscle disorder called inclusion body myositis which has slowly made the rigours of touring more challenging for the 68-year-old. The disease will eventually hamper his ability to play guitar, and so in February 2019 he revealed his diagnosis and announced his intention to play one final tour while he still can.

It’s a desperately sad situation for a man whose iconic Frampton Comes Alive! live record remains a career high water mark, but one that Frampton is handling with impressive grace. He remains positive when we chat to him ahead of the final UK leg of his farewell tour, and enthusiastic as he prepares to embark on a new chapter in his life.

Since this chat, the realities of the global pandemic have thrown doubt onto when exactly Frampton will be able to say goodbye to the land of his birth, but it’s clear that doing so would mean a lot, especially a planned final ever date at London’s Royal Albert Hall.

“When we came to book the European/UK tour, I realised I had to come home and say goodbye properly,” he explains from his home in Nashville, Tennessee. “When we first made the decision to say goodbye to the UK at the very end of the final tour, my criterion was that I wanted to book it at the Albert Hall. I knew that venue would be the classiest farewell.

In the meantime, however, Frampton will be keeping himself busy with the altogether different challenge of becoming a grandfather for the first time.

“My eldest daughter will be giving birth in April,” he says proudly. “I have to be there for that, my first grandchild. Instead of ‘Grampa’, they want to call me ‘Frampra’!” 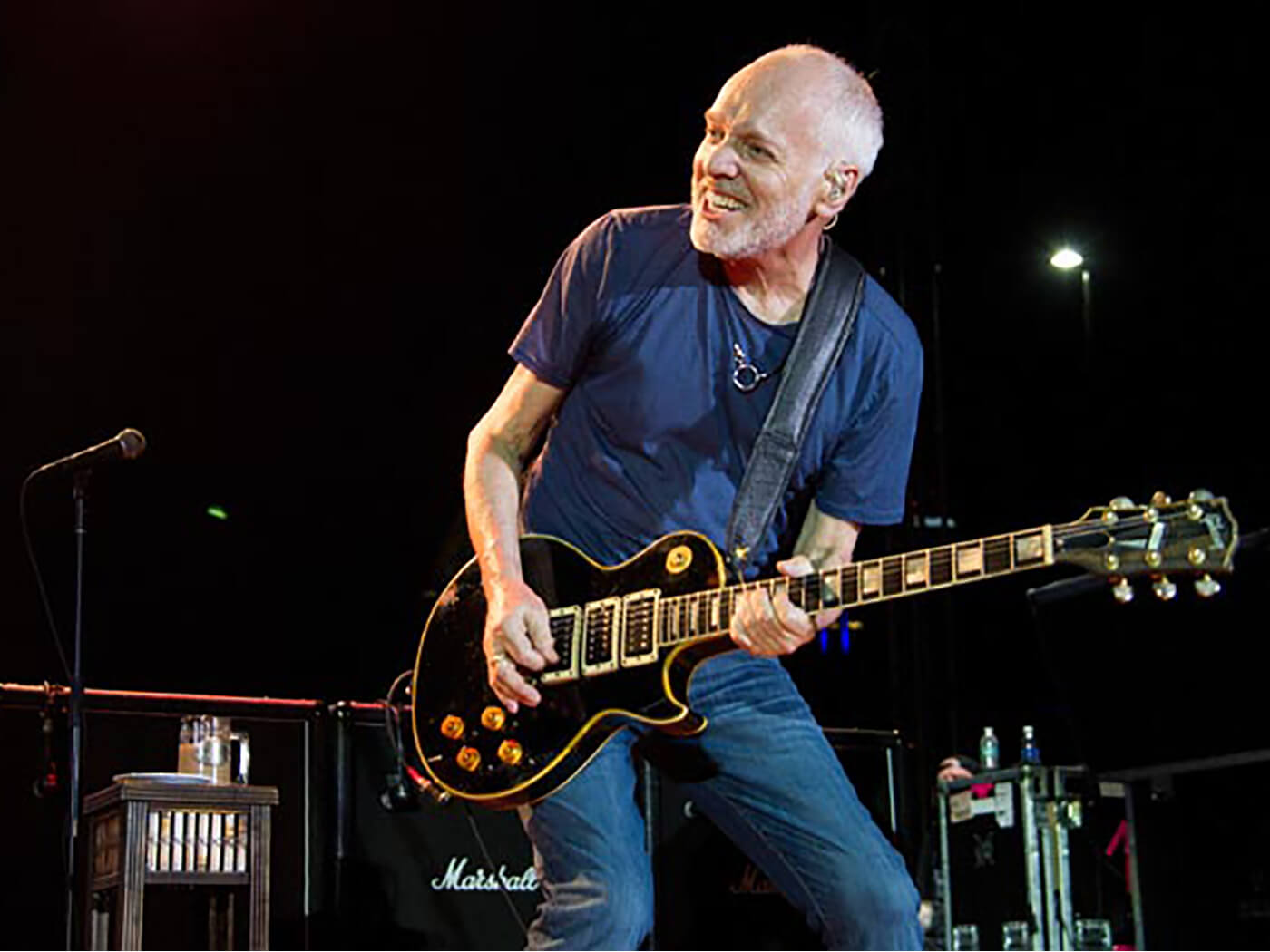 While Frampton’s illness has curtailed his touring career, there’s a spark of defiance and fire when the notion that not being able to play live anymore will mean the end of his career.

“I’ve got a lot of other things I want to do after finishing performing,” he insists. “I’ve got a book coming out in the autumn. People keep repeating that performing is my passion. Yes, but I’ve been doing it for my entire life. I’m turning 70 imminently, so I’m not too despondent about it because I’ve had a good run. I’ll still be playing guitar, recording, writing, et cetera – so there’s a lot for me to do.”

Indeed, his diagnosis has spurred him on to use his platform to bring further attention to the condition that ails him. 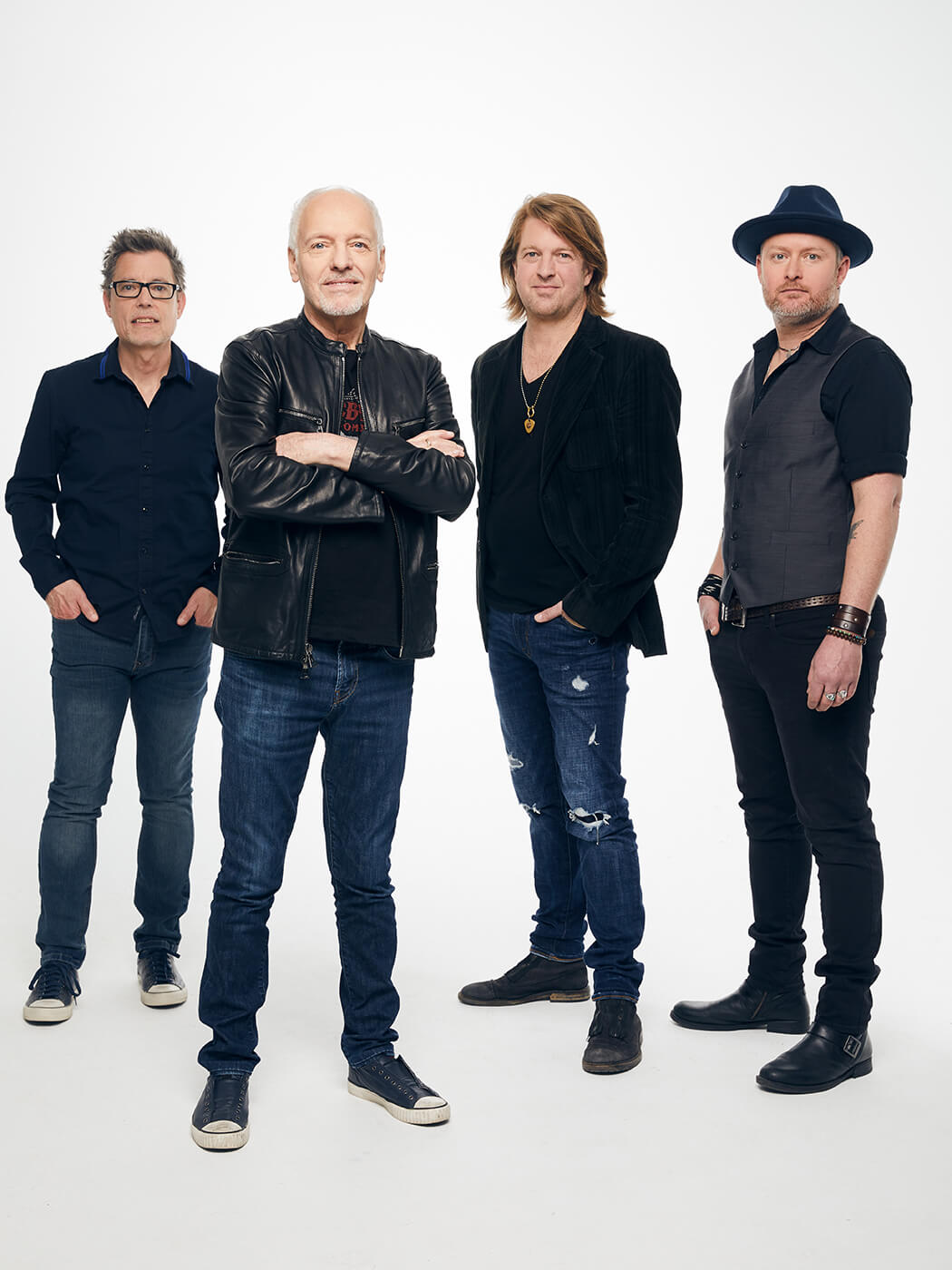 “My main job now is to bring awareness to IBM and muscle disease in general,” Frampton says. “What’s interesting is that we always do meet and greets after the shows. And now that I’ve spoken about IBM publicly, I often meet others there with IBM – it’s great to share our experiences. My tour manager always leaves the IBM patients last so we have time to discuss things. After meeting a couple, and taking photos with them, the wife told me I’d ‘diagnosed’ her husband as I’d been on TV discussing it and her husband had exactly the same symptoms as I have So it’s the power of awareness. It’s now my job to make it more visible.”

Before he was diagnosed with IBM, Frampton attributed the disease as just a symptom of ageing.

“I had first noticed it years ago when I was hiking with my son and I struggled up a hill that had never been problematic before,” he recalls. “I figured it was down to getting older. It came to a head at an outdoor gig when I lost my balance kicking a beach ball back to the audience. We laughed at the time, but a few weeks later I fell on stage again and it wasn’t so funny. I saw a neurologist, where he diagnosed IBM.

“There’s no cure yet but I’m starting the drug trial. The tour profits supporting my latest album [All Blues] in part go straight to the Frampton Myositis Research Fund. The US Farewell tour was a loving and giving tour, I suspect it will be the same in the UK and Europe.”

Frampton has remained a prolific songwriter throughout his career, and he sees no reason why that should change now that.

“You have to do a little bit writing every day,” he explains. “I’ll start on a riff and suddenly realise it’s time to record that one on the phone. I can get up at two in the morning and will put down an idea – it can be an intro, chords, anything, even 15 seconds’ worth. I’m stockpiling ideas. As a guitarist, I know that if I go back to something I did 15 minutes ago, it will be quite different the second time, as I never repeat myself, so I must record ideas as they come. Some songs start off one way and develop to be something else altogether. There are no rules with music.”

Frampton is of course a wonderful guitar player as well as a songwriter, and his guitar solos have won him plaudits for decade, so what’s the secret of composing such melodic moments?

“How long have you got?” he chuckles. “People say my solos are so melodic that you can sing them, which I take as a compliment. So that melodicity is crucial to me.”

Frampton has been heavily associated with Les Pauls throughout his career, but none more so than his fabled ‘Phenix’ – the ’54 Les Paul Custom that was lost in a plane crash in Venezuela in 1980, but was miraculously found, restored and reunited with its owner 30 years later.

“I used it on every recording between 1970 and 1980, including my work with George Harrison,” he says of his most famous instrument. “I still take that on the road though, because it’s more popular than me and it should be played.

“What I own I play. I like vintage Gretches, Fenders, Gibsons, the list goes on. But now after Joe Bonamassa has bought so many, I don’t think there are any guitars left to buy! [laughs] But I have a ’59 335 Gibson, a ’60 Les Paul Burst, a ’58 Telecaster. So I’m doing great. I don’t need a lot of guitars. But I do have a lot of spares of spares to take out on the road.” 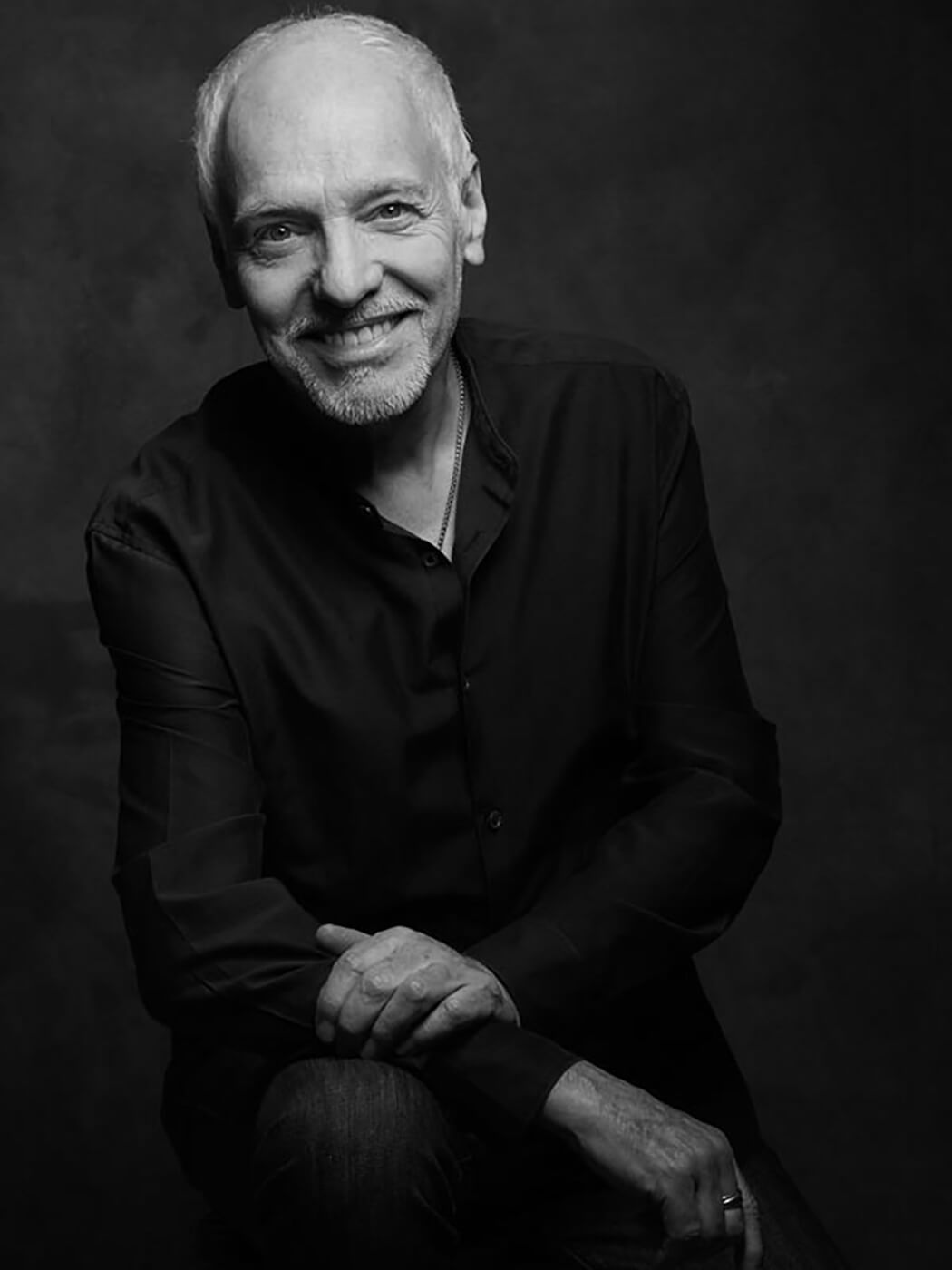 If he ever needs to offload any gear however, his son Julian, who is carving out his own career as a musician, is happy to find it a home…

“I just sent a bass to him LA,” he chuckles. “If I’m not using something and he needs it I send it to him straight away. He’s just getting into doing his own demos now and enjoying it. I was happy about the fact that he got really good on drums first. One day he visited me here and asked me to write a song with him. I said, ‘How can you write on drums!?’ And he told me he was playing more guitar. Now he’s a very good player, and a strong lyricist/songwriter. It’s obviously not a great time to pursue this career in terms of the music industry. But he sounds like himself and his songs are great so I’m hopeful he will have a musical future.”

Frampton’s route to stardom was an unusual one – he started out as a member of Humble Pie with Steve Marriott, before turning his hand to the session game, most notably on George Harrison’s All Things Must Pass, before embarking on a solo career. The moment it all changed, however, was 1976’s Frampton Comes Alive!, which went on to become, at the time at least, the biggest selling live album ever.

“It was truly a phenomenon,” he reflects. “I was on the radio all the time, which had been my dream. But the focus on magazine covers was instead of the guitar, my face. So the way I looked, and the big-ness of the album were magnified, which somehow drew away from my musical credibility.

“My credibility has always been there among those who know me, thanks in part to David [Bowie] who invited me to play on Never Let Me Down and then the Glass Spider tour. It was so helpful. He was always there on the end of the phone to talk to, kind of like an older brother. But that job was the best thing that could have happened to me at that particular moment. He rang me asking, ‘Will you come on the road with me?’ It was the biggest thrill of my life.”

As he ponders the end of his live career, it seems a fitting moment to ask Frampton what he loves most about the experience, and what inspires him the most about performing.

“I like playing on the edge, always have,” he affirms. “I never play the same thing twice – I’m always searching for something different, unique. That’s what makes it enjoyable for me.”