Lars Mullen meets Gary Davies, a man so enchanted by Fender’s Anniversary guitars that he resolved to write a book about them… 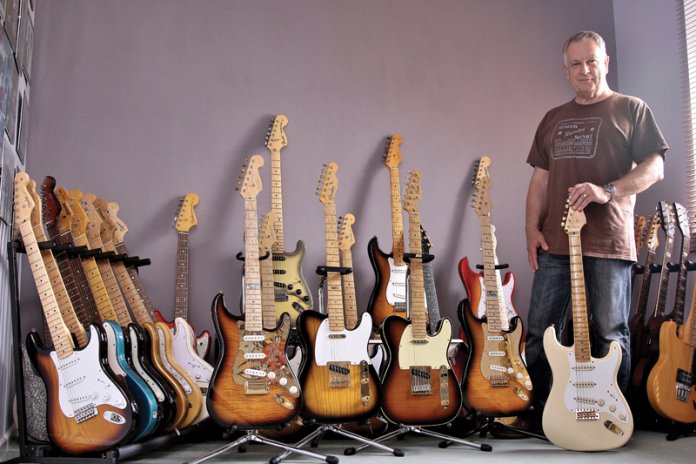 Ever felt confused by the wealth of cool Fender Anniversary models? Gary Davies was, so he decided to write a book on the subject.

“I decided to write a book to clarify the frequent confusion over the identification of Fender’s Anniversary model Strats,” says Gary, “and, to date, I’ve sourced information on around 70 genuine USA-built Anniversary Stratocasters.”

Since Davies began working on the book, he’s interviewed some major names, past and present, at Fender, along with guitarists and collectors.

“But it’s not healthy for my wallet,” he laughs. “On a few occasions whilst interviewing other collectors, I’ve persuaded the owner of the guitar we are talking about to sell it to me. The quality of these celebratory models is stunning, so I’ve had to have one or two, as they’re available only in limited numbers.” 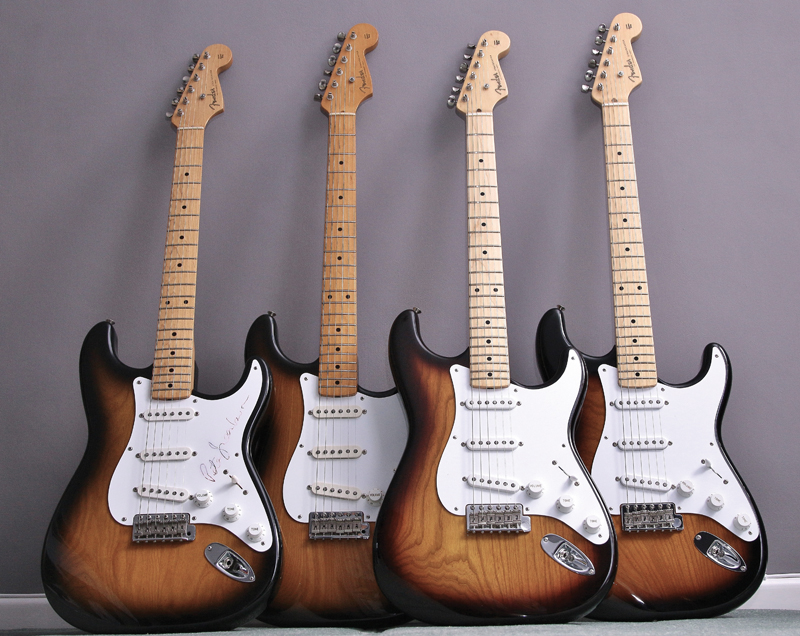 “It all started when I bought a limited edition 40th Anniversary Strat launched in ’94, of which 1,954 were built, paying homage to the year in which the Strat was born. The fact that Peter Green’s signature was on the scratchplate was an attraction, but I soon realised that this was a really cool guitar that had it all: two-tone sunburst, nitrocellulose finish, maple neck and single-ply scratchplate; it played beautifully and sounded wonderful, and came complete with the original case candy, 40th Anniversary hardshell case, plus a replica of the original-shaped ‘Poodle’ case.

“I heard from a friend who said he had the same model, so knowing that the standard Strats from ’94 are often confused with limited-edition models, I thought I must take a look at his Anniversary Strat. As soon as I saw the rosewood fingerboard, I knew what he had. Sure, it was a ’94 Strat, but like all factory-built Strats from that year, it carried a neck plate inscribed with Stratocaster 40 Years… and still rockin’.

“Sourcing material and information has proved tremendously exciting, spending many hours discussing the specification and detail on these special guitars. Whilst I feel the ’94 Anniversary Strat is one of the finest factory-built Strats ever made, Strat aficionados will be aware that the headstock profile, pickup covers and control knobs aren’t as accurate for the period, as found on my

2014 60th Anniversary model. The 2014 version has the correct headstock shape, rounded pickup covers and short skirt control knobs. A few owners of this latest ’54 replica have spotted a crack or two in the control knobs; it’s a result of Fender making a sterling effort for authenticity by researching the original properties of the plastics used back in the day, therefore making this 60th model as historically accurate as possible. 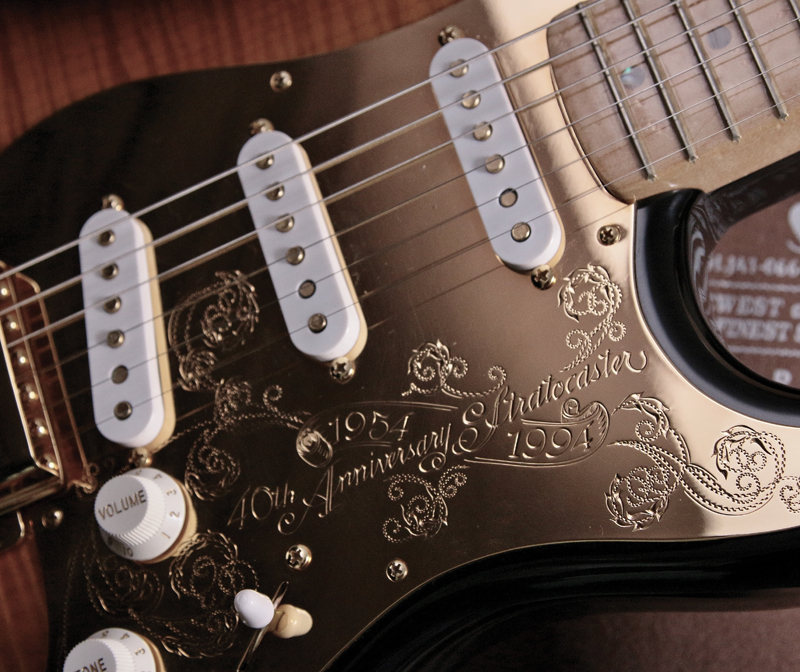 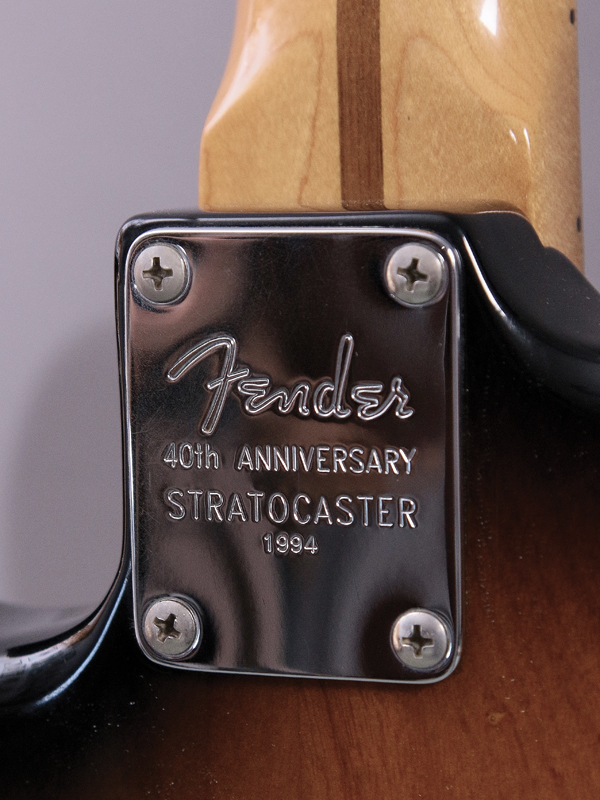 “Let’s just go back to ’94, when the Fender Custom Shop also played a part in the same celebration. I have a fine example of the 40th Anniversary Stratocaster Diamond Dealer model, which was launched in January ’94 and limited to a run of 150. Along with the Playboy Marilyn Monroe Strat and the chrome Harley-Davidson Strat, it’s from the Fender Diamond Dealer Limited Edition Series. John Page, who managed the Fender Custom Shop back in the day, always made the point that while these instruments may look ornamental, they were all built to play and sound great. 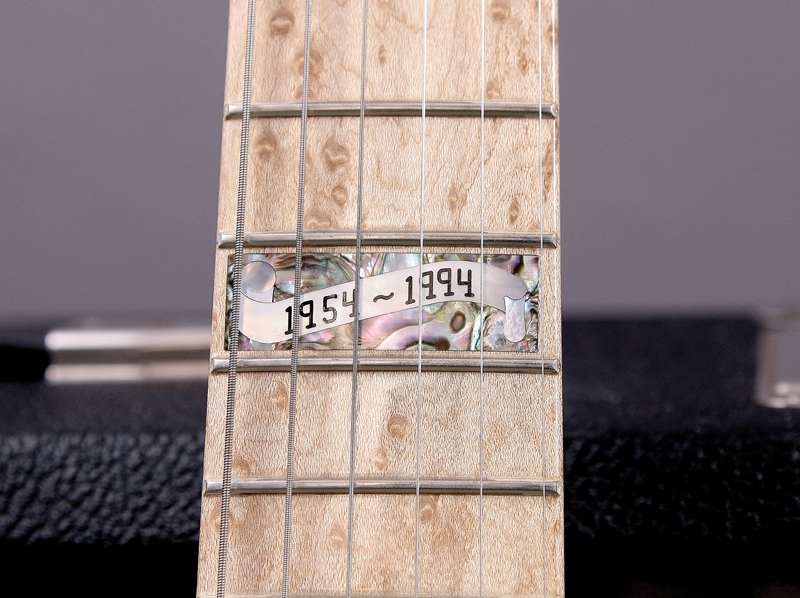 “I certainly won’t be gigging this one, it’s a stunning guitar, and has all the goodies, including a lightweight ash body with a two-piece book matched highly flamed maple top, figured neck and fingerboard, custom 50s pickups and gold hardware, including the hand-engraved scratchplate designed by Pamelina H.” 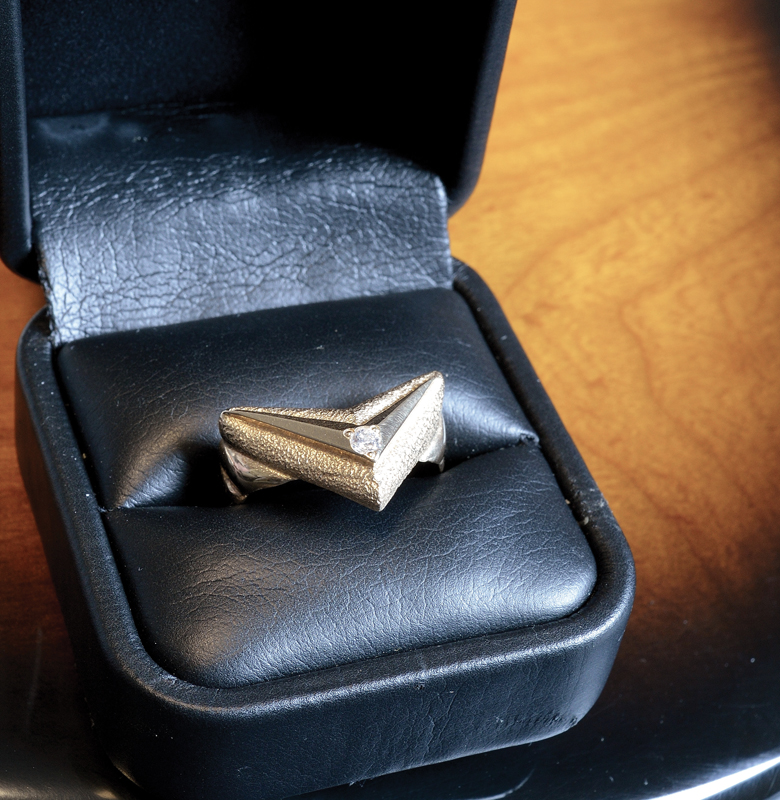 “It was complete with all the accessories, which included a gold ring incorporating the ‘V’-style Custom Shop logo inset with a diamond, which unlike so many vibrato arms, I’m making sure doesn’t get lost.” 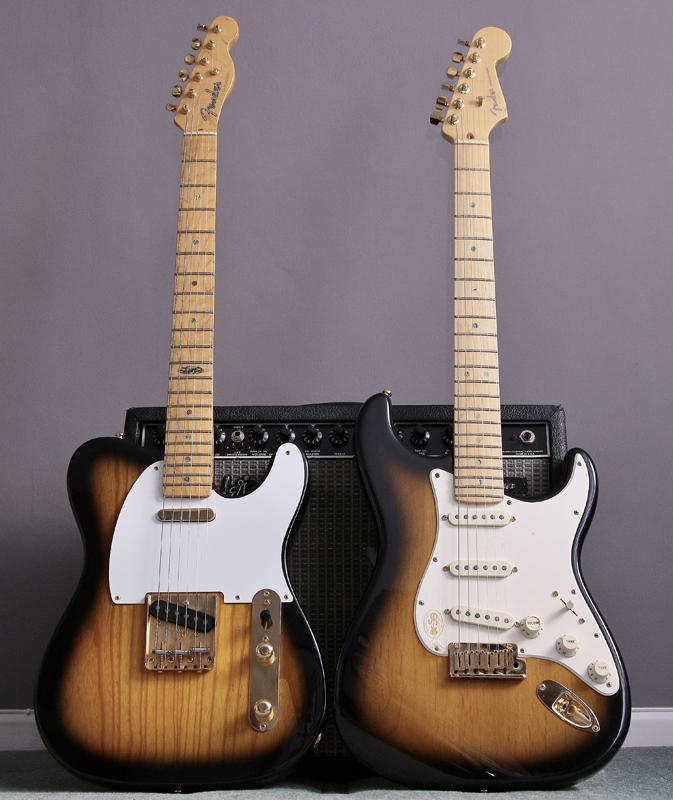 “For the 50th birthday, Fender made an Anniversary American Deluxe with S-1 switching, three Samarium Cobalt Noiseless Strat pickups and gold hardware. My example was literally an ‘under the bed’ find in mint condition, with the wrapping still on the scratchplate. 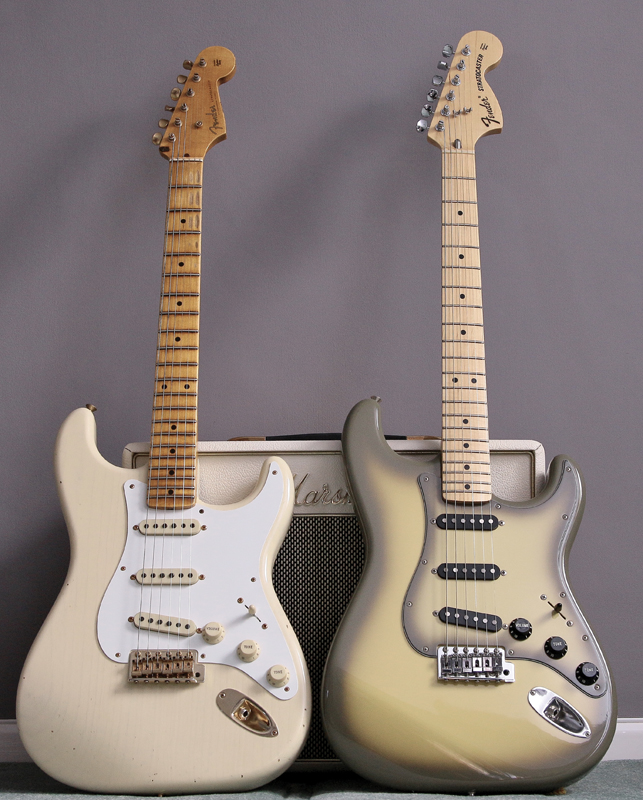 I’ve got a 2015 Custom Shop Mary Kay Relic celebrating 20 years since Fender introduced the first Relic guitars at the NAMM show in ’95. Three key guys kept it secret, they just put it in a glass case, and all the dealers thought it was an original ’56. I’ve interviewed some high-profile Fender employees who recall that when the dealers found out, the order books were rammed. I’m not too worried about casually playing this one, as it already wears an authentic ragged coat, which really has been thought through, rather than just aimlessly wearing areas on the body contours.”

It’s not all high-end Strats in Gary’s collection, however – there’s the odd drool-worthy Tele, too. 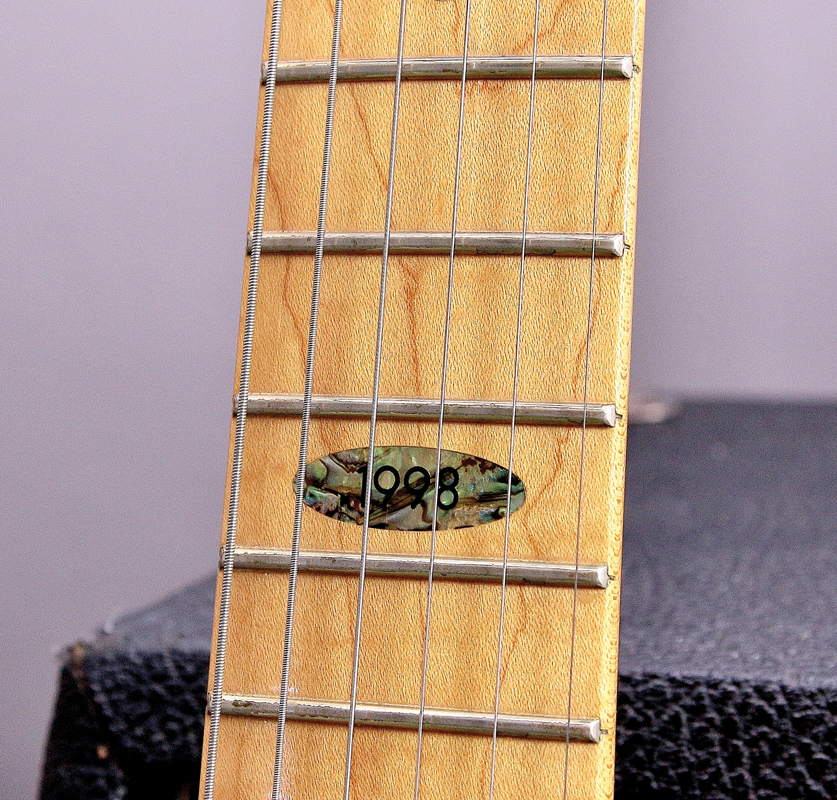 “I’m also smitten by the quality and appearance of some of the Anniversary Telecasters, I have two here at the moment,” he says. “There’s a USA factory-built 50th Anniversary 1998 Collectors Edition Telecaster. It actually looks like a Custom Shop guitar, the finish is that good, and it complements the gold hardware. But the jewel in the crown is a Custom Shop 40th Anniversary Telecaster Collectors Edition with a beautiful Honey Violin Transparent finish on a lightweight Louisiana ash body with a highly figured one-piece maple neck. The scratchplate is a bit special, with a striking grained-Ivoroid finish.” 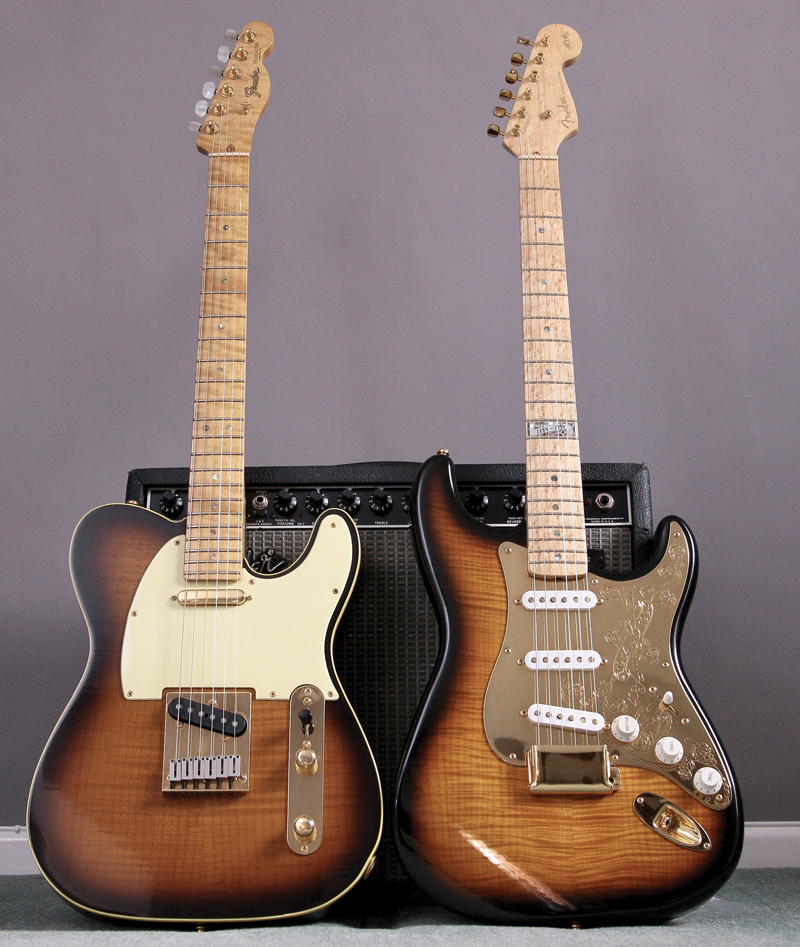 “Fred Stuart had a hand in the design; he was one of the first Masterbuilders, he spent 15 years at Fender and like his colleagues has been really helpful providing information for my book. Only 300 were produced in either Honey Violin Transparent, Tinted Natural or Translucent Red, with gold hardware. The bridge saddles are notorious for shedding the gold plate to produce what has been coined the ‘Rolex look’. So that Tele is pretty rare, dating from ’89 and therefore one of the first limited-edition runs produced by the Custom Shop, which opened in ’87. I acquired this one in a way familiar to so many collectors… the apprehensive motorway service station deal,” he laughs. 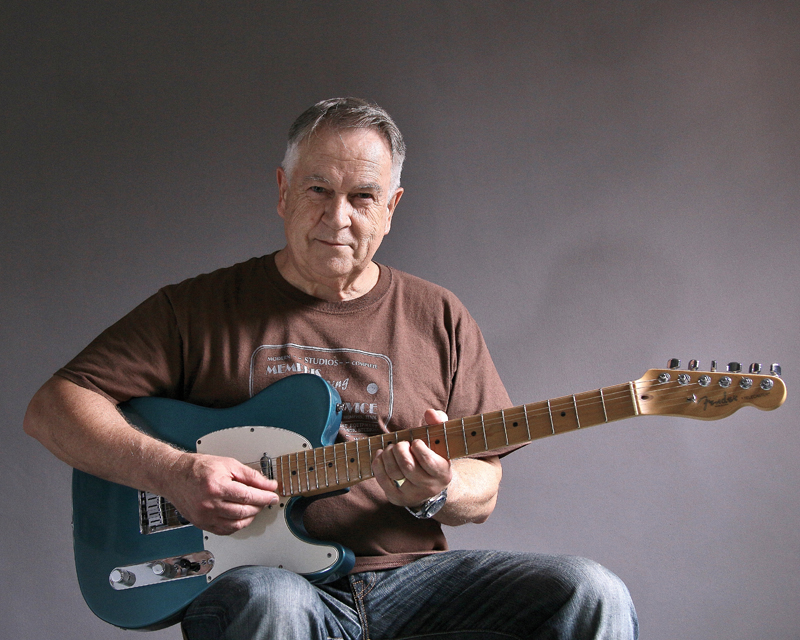 “I don’t have a giant frame, so a Tele is just right for me. I played a friend’s Gibson 335 recently, and it just felt too cumbersome and I didn’t feel comfortable with it. This American Standard Tele from 2001, in Aqua Marine Metallic, is simple, uncomplicated and suits me just fine. It also holds a lot of sentimental value, as I bought it with the modest inheritance I received from my mum, so it’ll be a keeper forever.” 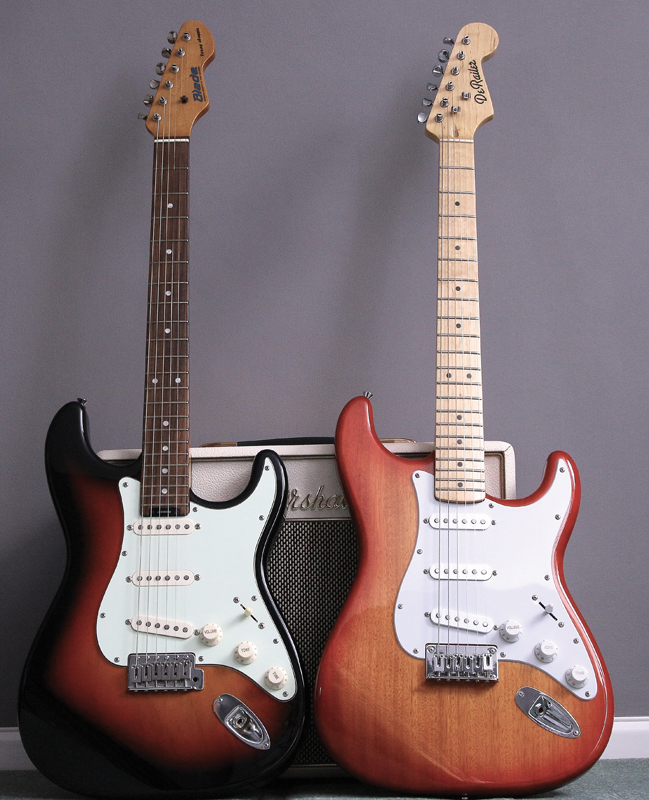 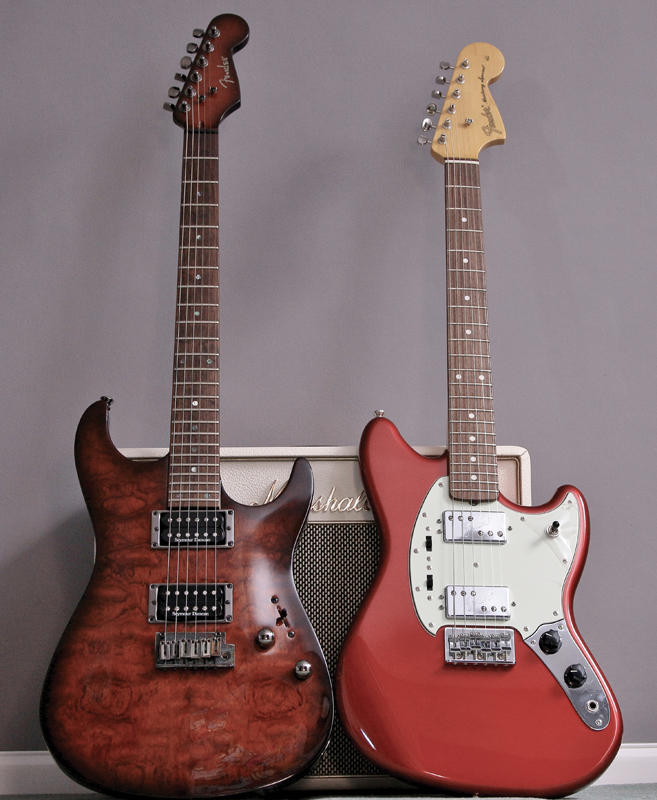 I have several other Strats and S-types, including a nice Crafted In Japan Antigua Strat and a Cherry Burst model from De Railer with a really fast neck, and there’s a Japanese-built Levinson Blade Texas Classic, which plays beautifully, whilst my Korean-built Fender Showmaster, loaded with a pair of Seymour Duncan humbuckers, is a real rocker.” 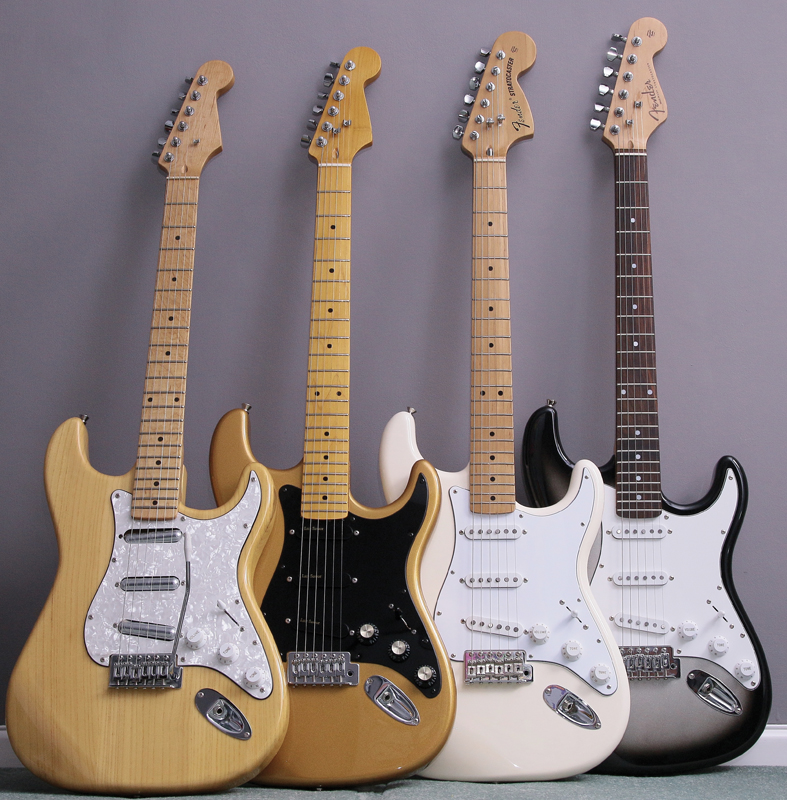 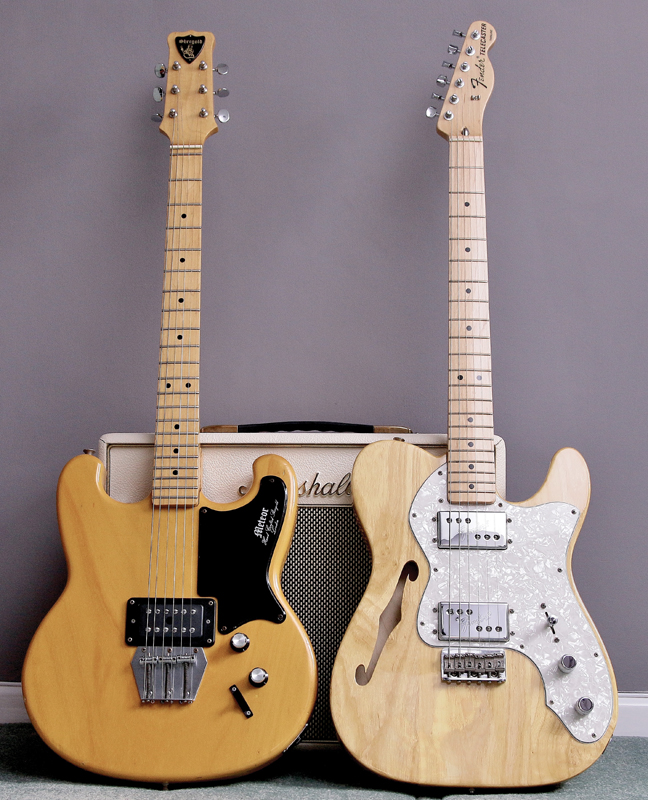 When it comes to what Davies adds to his collection, simplicity is important, as he explains: “My Shergold Meteor was one of the first built by the iconic British company in 1975. I love the simple layout, you wouldn’t think there were so many sounds locked up in this one, it’s in superb condition, whilst my Guild S-100 dating from ’75 has been in a few battles over the years and the nitro finish on the headstock has a lot of cracking, but none of these issues detract from the look and playability.” 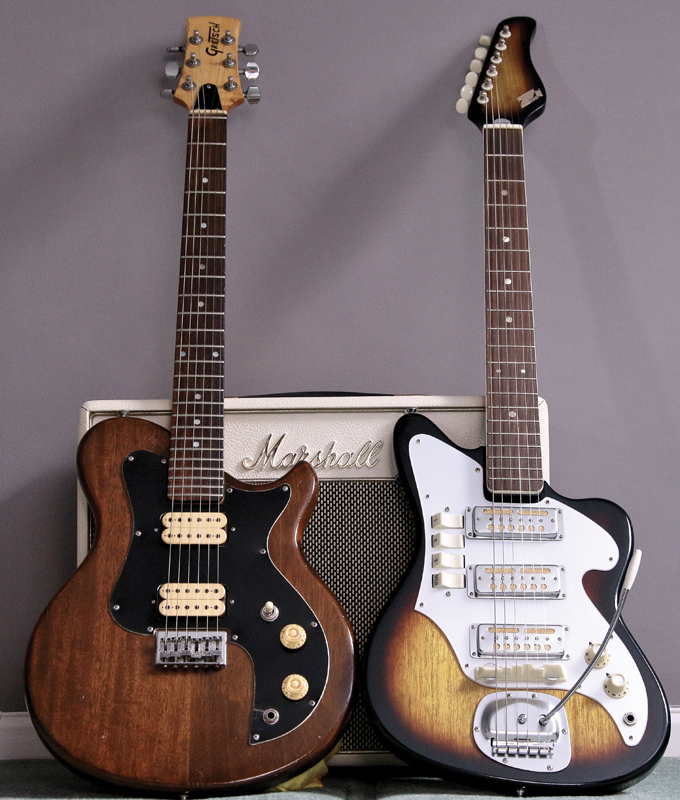 “My late 70s Gretsch BST 1500 is another fine example; it’s one of those one-size-fits-all guitars.” 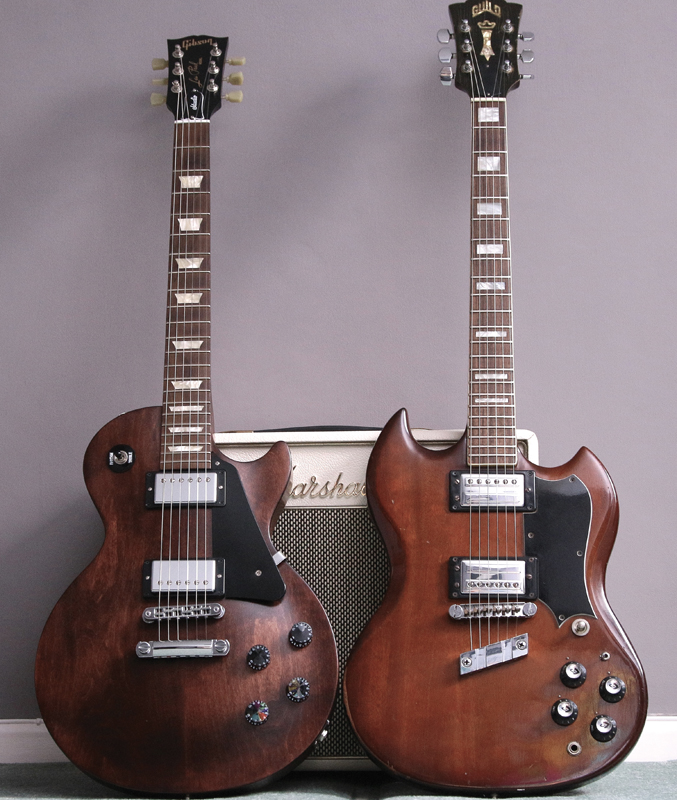 “whilst a Gibson Victory MVX from the early 80s is the most versatile guitar I have. I’ve been selective with the ‘played-in’ guitars I’ve bought. I tend to buy instruments that have a nostalgic appeal, which are likely to retain their value. As there are a lot of Fender Anniversary models to choose from, I go for quality, rarity and affordability.” 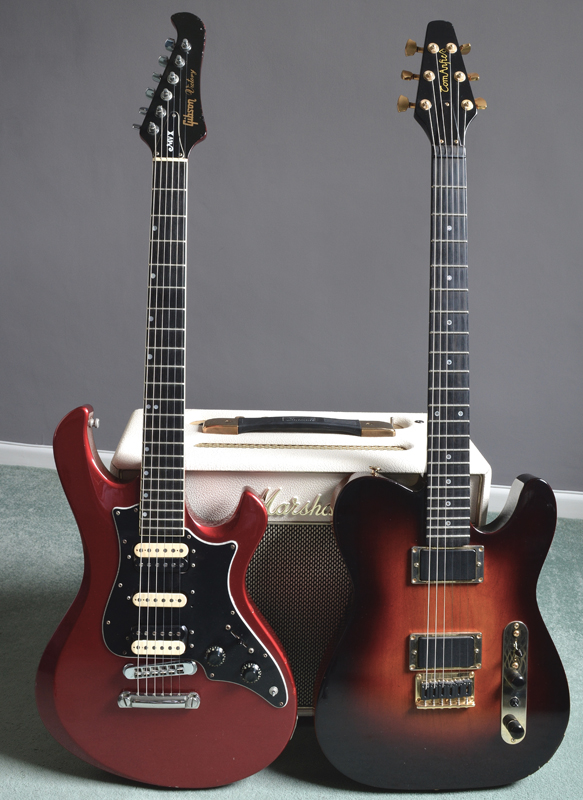 If you have any information that could help Gary with his book, email gary@garydavies.com

Butch Vig on hearing Nirvana’s Smells Like Teen Spirit for the first time: “Kurt was like ‘what do you think Butch?’ and I went...