Paul Connop’s taste for designs from the electric guitar’s golden era has seen him assemble a highly desirable array of six-strings that have seen plenty of use in the studio and on the road. 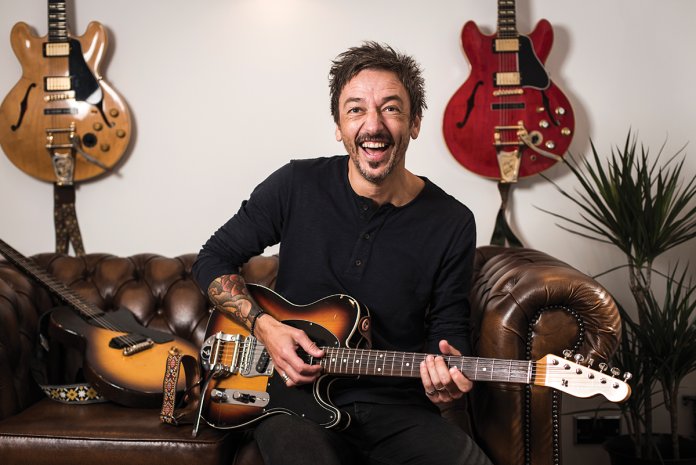 Based in a picturesque corner of Shropshire, guitarist Paul Connop is responsible for toneful, ethereal electric guitar atmospherics as part the live backing band for Ivor Novello Award-winning Black Country singer-songwriter Scott Matthews. Paul’s collection – Telecasters, Gibson semis, Juniors – was recently given an airing on a string of UK and European tour dates with Matthews and it betrays a love of classic gear that’s as tasteful as his playing, while a pedalboard bristling with Strymon units is a nod to convenience and modernity. 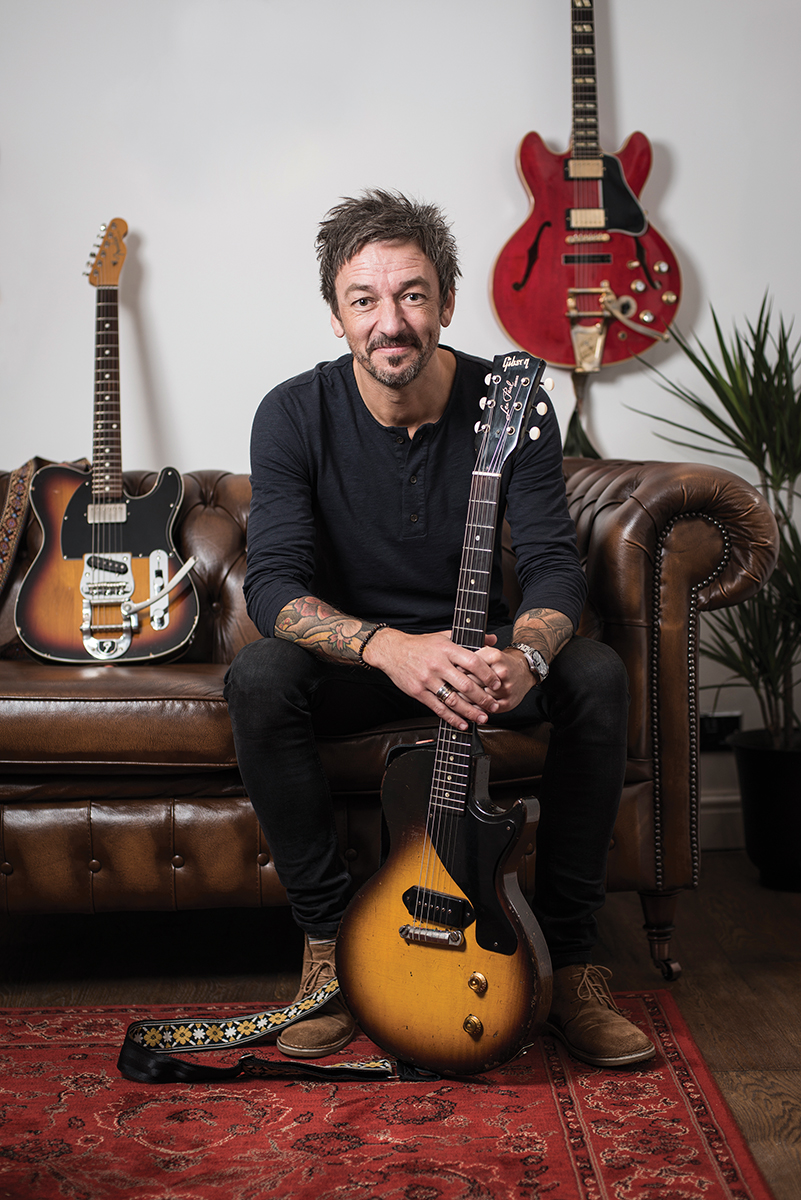 Like so many of us – this writer included – Paul’s pathway into the wonderland of the six-string guitar began with classical lessons and a nylon-string before the siren song of rock ’n’ roll came calling. “I was probably eight, nine, something like that,” he remembers. “I was into bands like Quo and stuff like that, I guess I’d seen people playing guitar and thought, that could be for me! But my parents were keen for me to do it properly and get some lessons.” 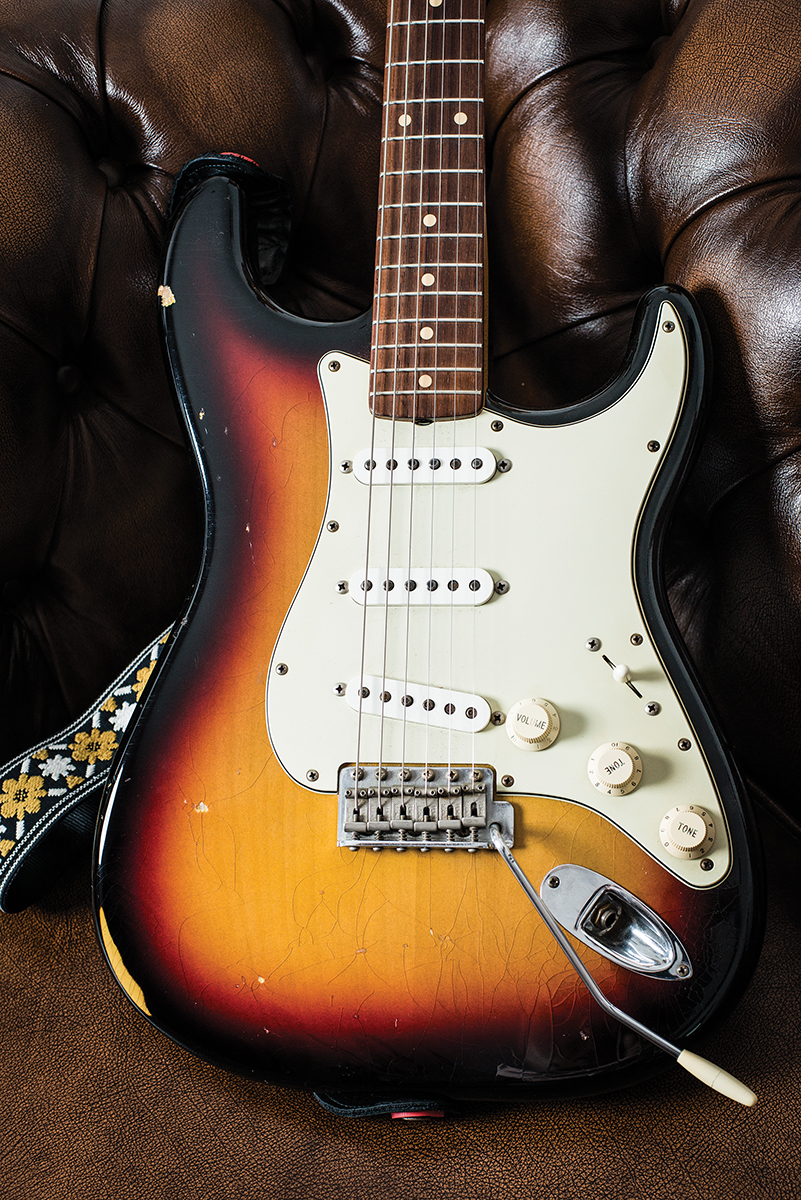 “There was a lady who lived not far from where I lived who was a piano and guitar teacher, so I went to her for a few years and did the whole classical thing and the grades. Then Angus Young came along and everything changed! Then it was like, I don’t really want this guitar anymore, but I really want one that looks like Angus’s. So I got a Kay SG replica with single-coils, a trem and a batwing ’guard. 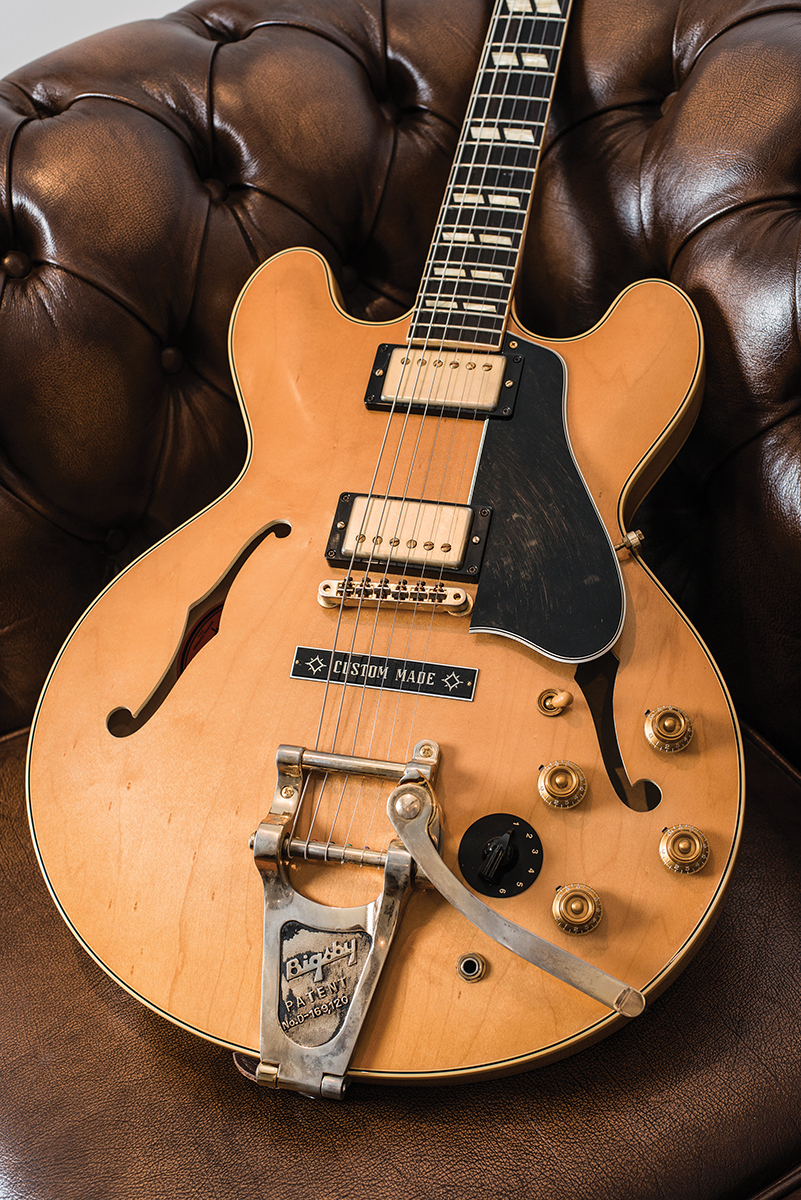 “It was probably from that point that the lessons started to fade away,” he laughs. “I got a small practice amp and learnt from records but I’m eternally grateful to my parents for making me do the lesson thing. For what I do now with Scott, the fingerpicking – having that early tuition, I’m grateful for it now. When I’m at home I never play with a pick. Maybe that comes from starting that way.” 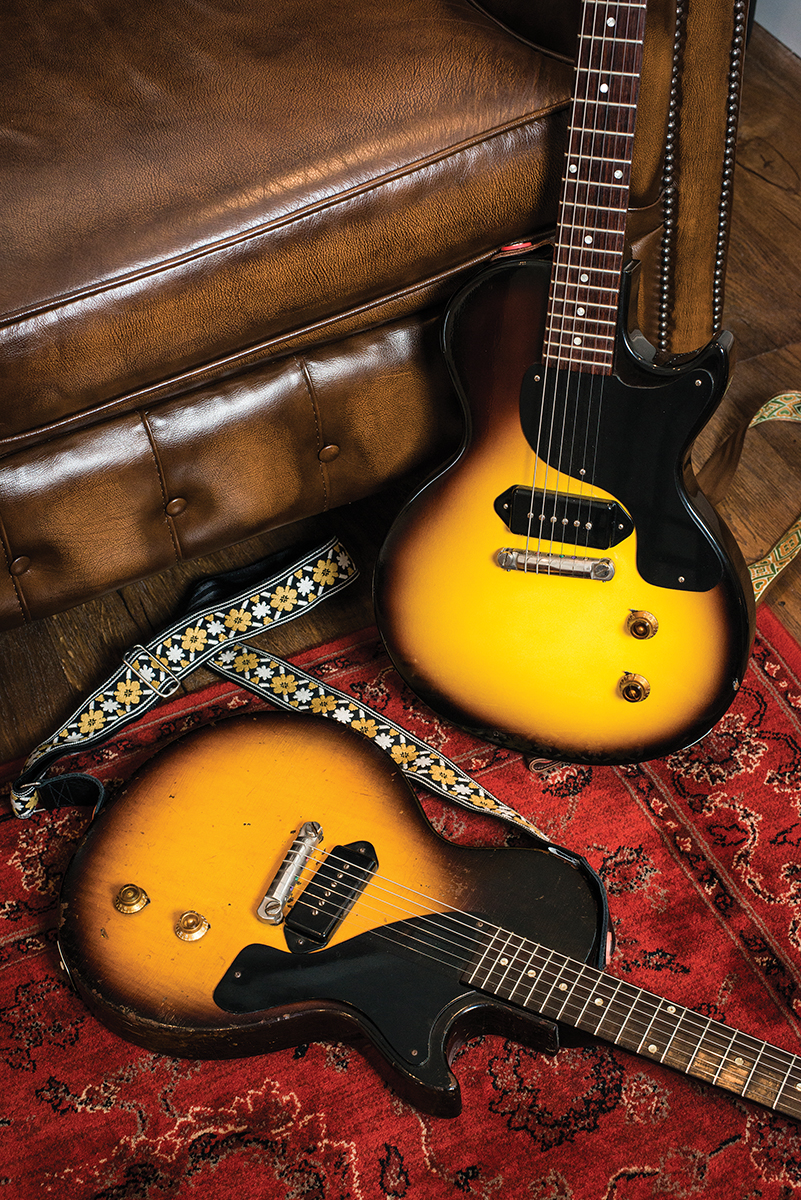 Once bitten by the electric guitar bug, Paul was hooked: “Then begins a lifelong obsession and always thinking about the next guitar! I grew up on AC/DC and Sabbath and Purple, Rainbow and Whitesnake and all those bands. So it was about saving what you could to get to that next, best guitar. And I went through the whole pointy phase with the Charvels and the Jacksons. From early teens I was in bands, just mates at school, as soon as there was enough of us to put a band together and get in a room or somebody’s shed or a classroom after school.” 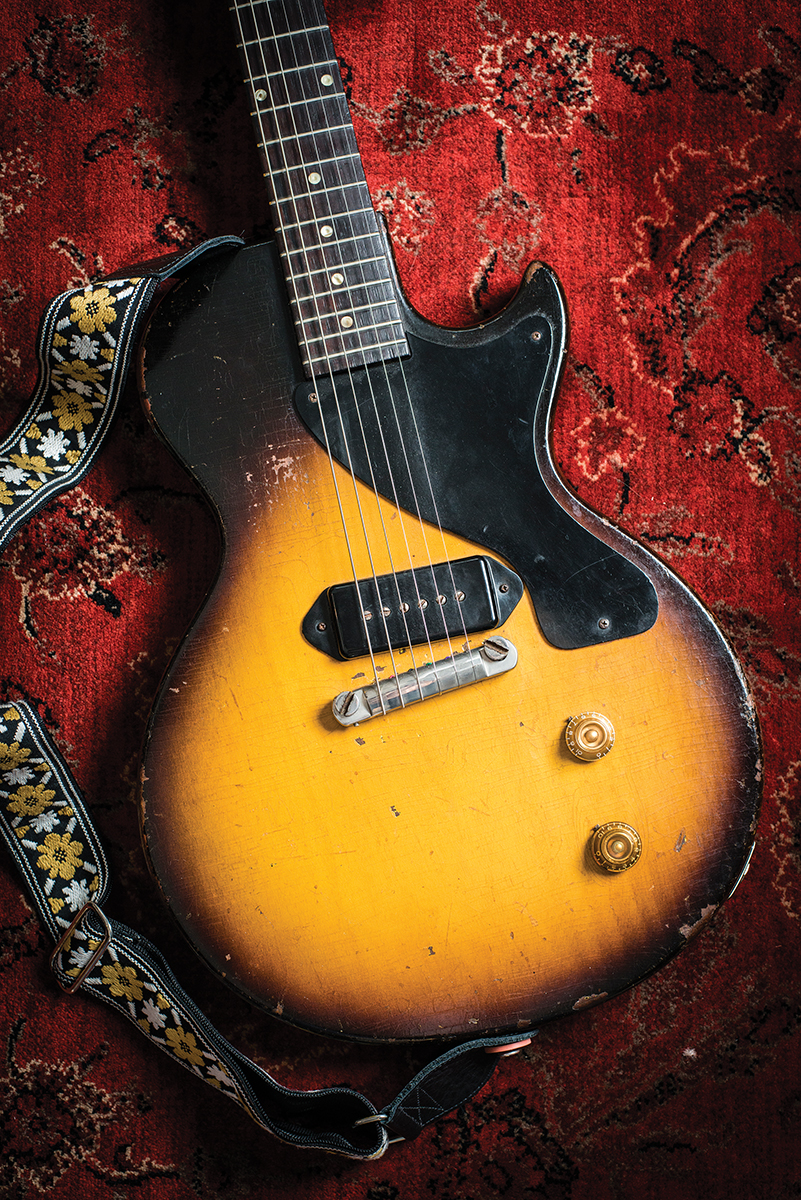 These days, along with backing Scott Matthews and session recording work, Paul also plays with Neal Cook – once the frontman of Wolverhampton post-punks The Wild Flowers – in Americana outfit Saltflat. It’s his second stint with the band.

“Saltflat are a band I met about 10 years ago and started playing with them,” he recalls. “It’s Americana with that Petty, Wilco vibe. I played with them for a few years and for whatever reason went on to do something else and play with other bands. 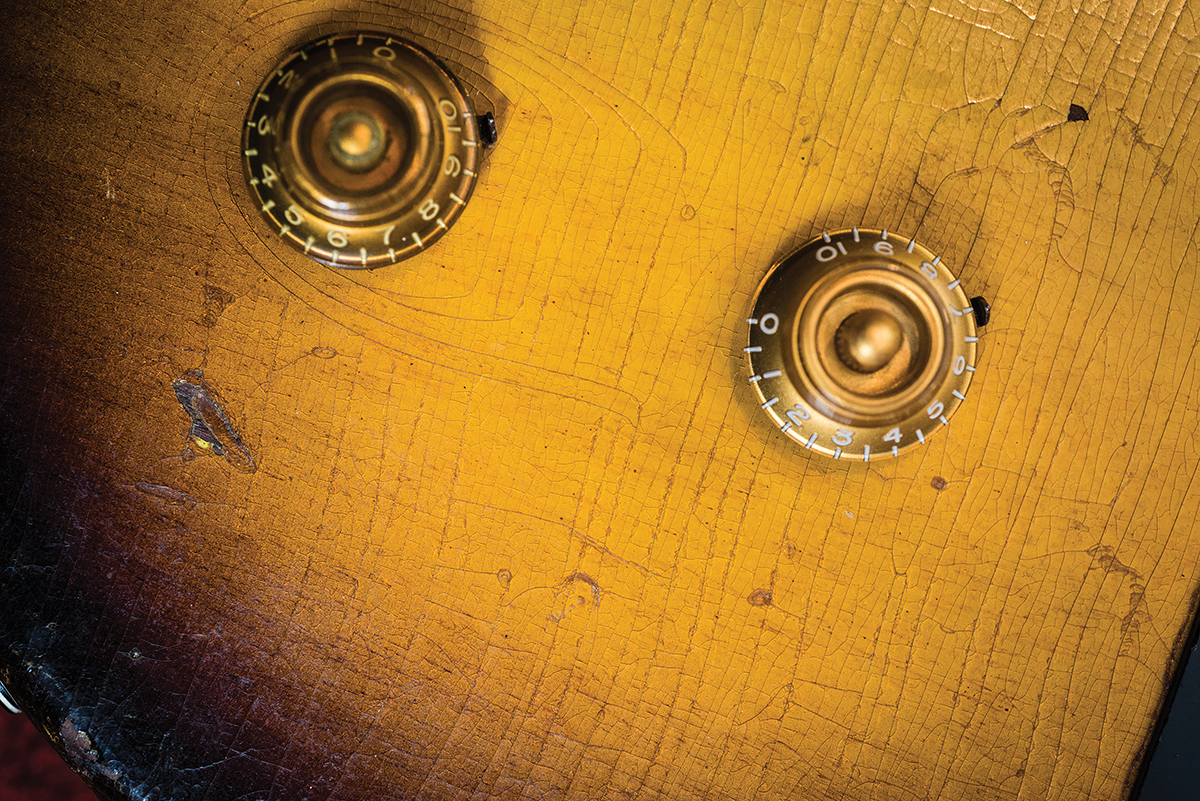 “We stayed friends and we just got chatting and now we’ve almost drawn a line under it and said, let’s not do anything we did 10 years ago, so we started writing some stuff again so we’ve been doing that on and off recently. We were supposed to be playing the Y Not festival last weekend but it was a wash-out, it was like a warzone out there. The whole site was like gravy!” 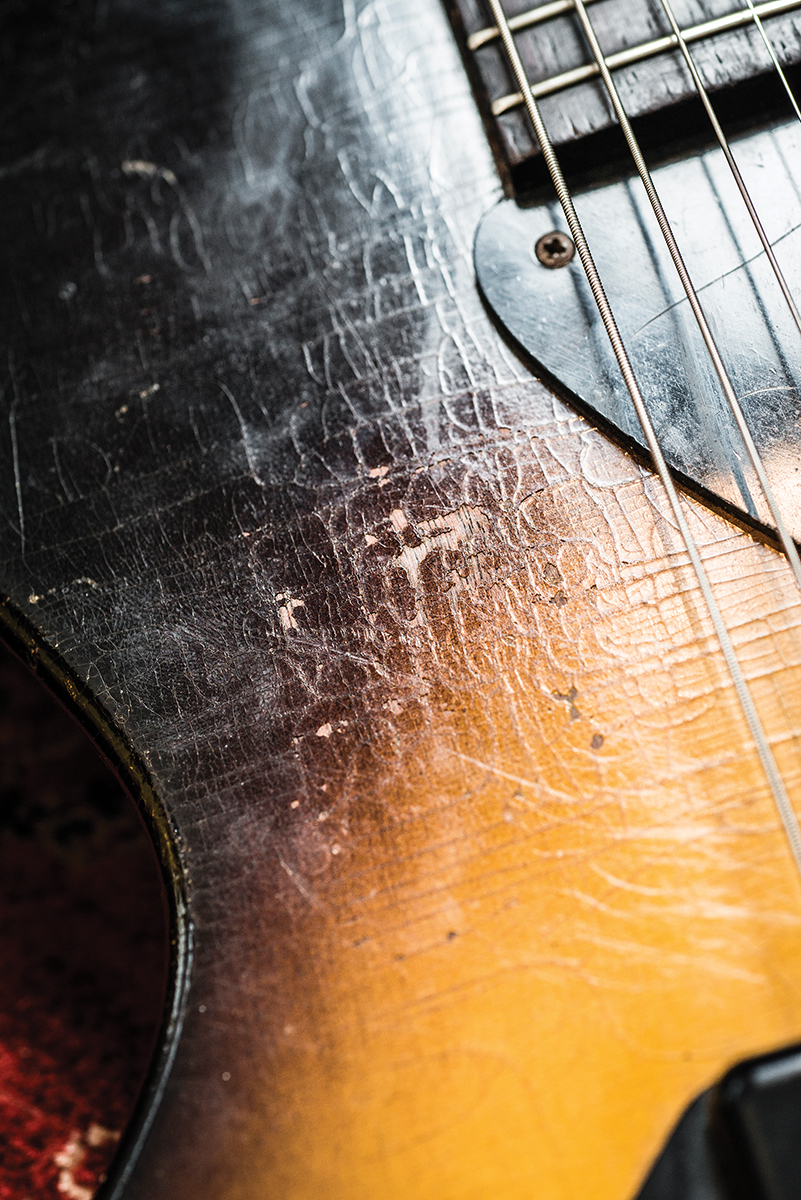 Although his collection contains some lovely Custom Shop instruments and ticks most of the classic tonal boxes, he’s not done collecting just yet. “I feel very lucky that I’ve got what I’ve got,” he says. “There’s not a lot of vintage stuff. Like all of us I guess I’d love to own lots of nice vintage pieces. As a collector it would be lovely to have a room full of that, no doubt, but I still feel very lucky to have found the ones I’ve found along the way. Custom Shop guitars are great guitars.” 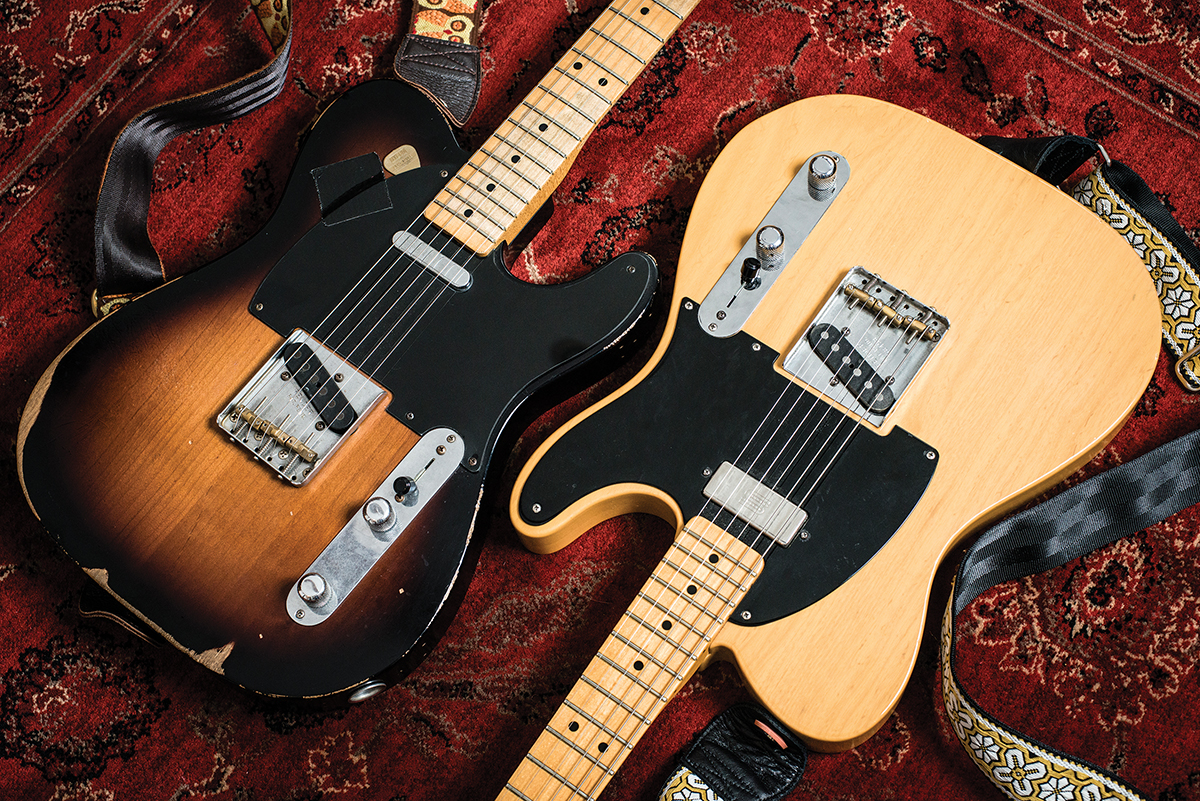 We sense a ‘but’ on the horizon. What’s next on the list? “I don’t know why I’ve never bought one but I’d really love a Ricky. They’re an acquired taste and I’ve played different ones over the years… some feel great and some feel very odd. A friend of mine has a 625 – the Damn The Torpedoes, classic Tom Petty Fireglo model – and it’s great. The neck’s quite chunky and it sounds great. Put it into a Fender amp and it sounds gorgeous. I would love a Ricky, and if I was going to buy one I’d buy a 12-string because I haven’t got one. It would be nice to have it as a different colour and texture.” 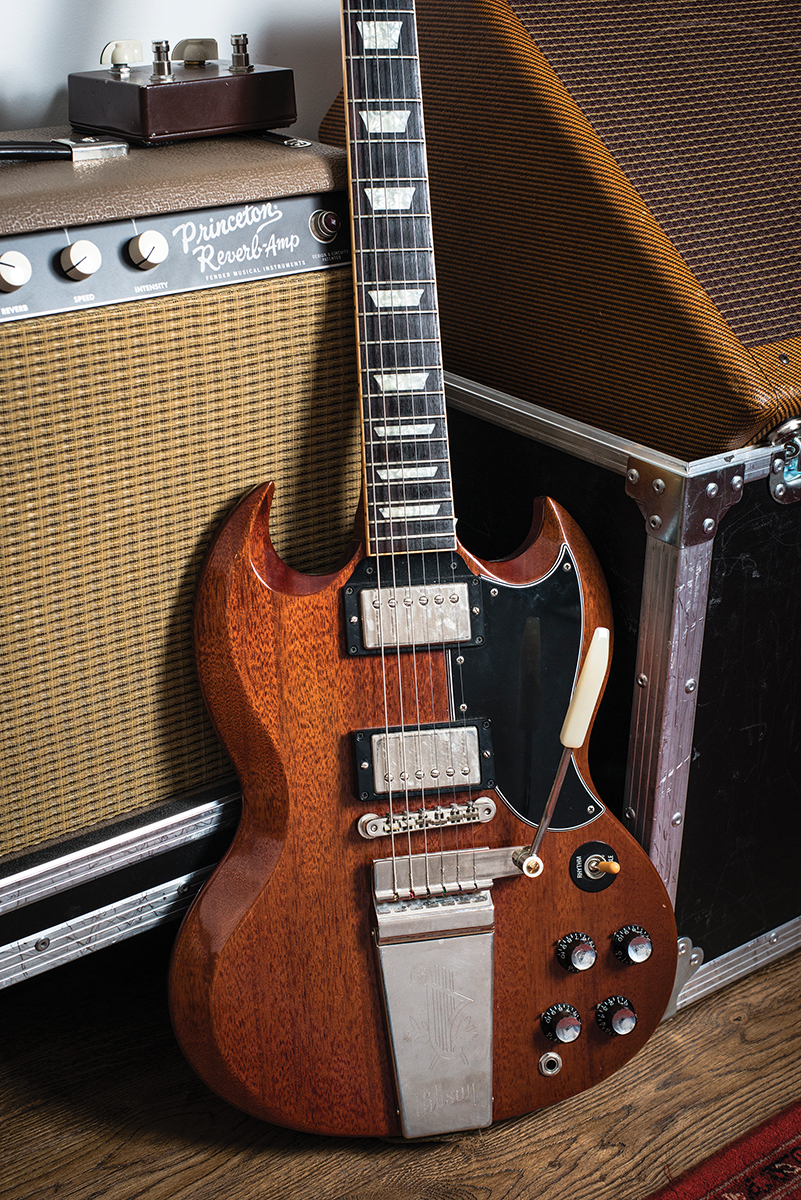 And like all of us, Paul’s wishlist doesn’t end there: “At some point I’d love an old non-reverse Firebird but they are so much money. A real ’54 Goldtop would be the dream, but that’s a real lottery win guitar, I’m afraid…” Ain’t that the truth. 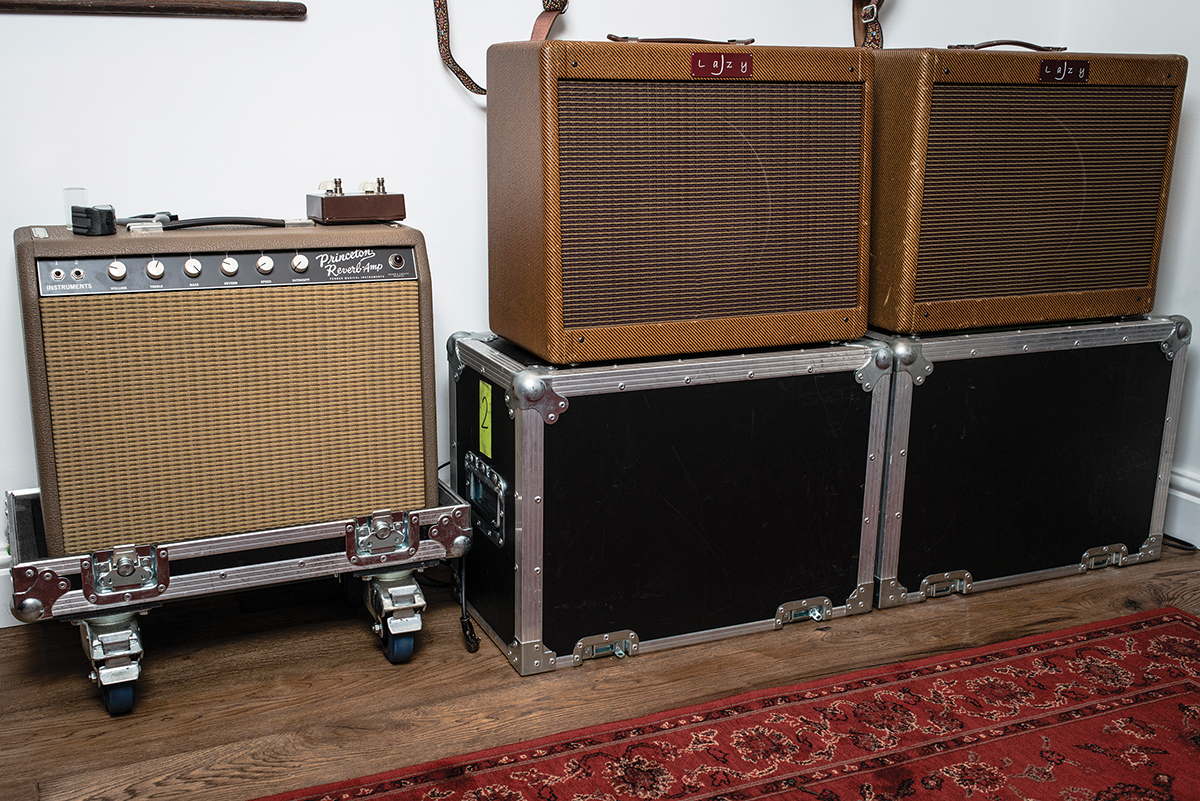