A cracked headstock did not deter Gary from this classic. 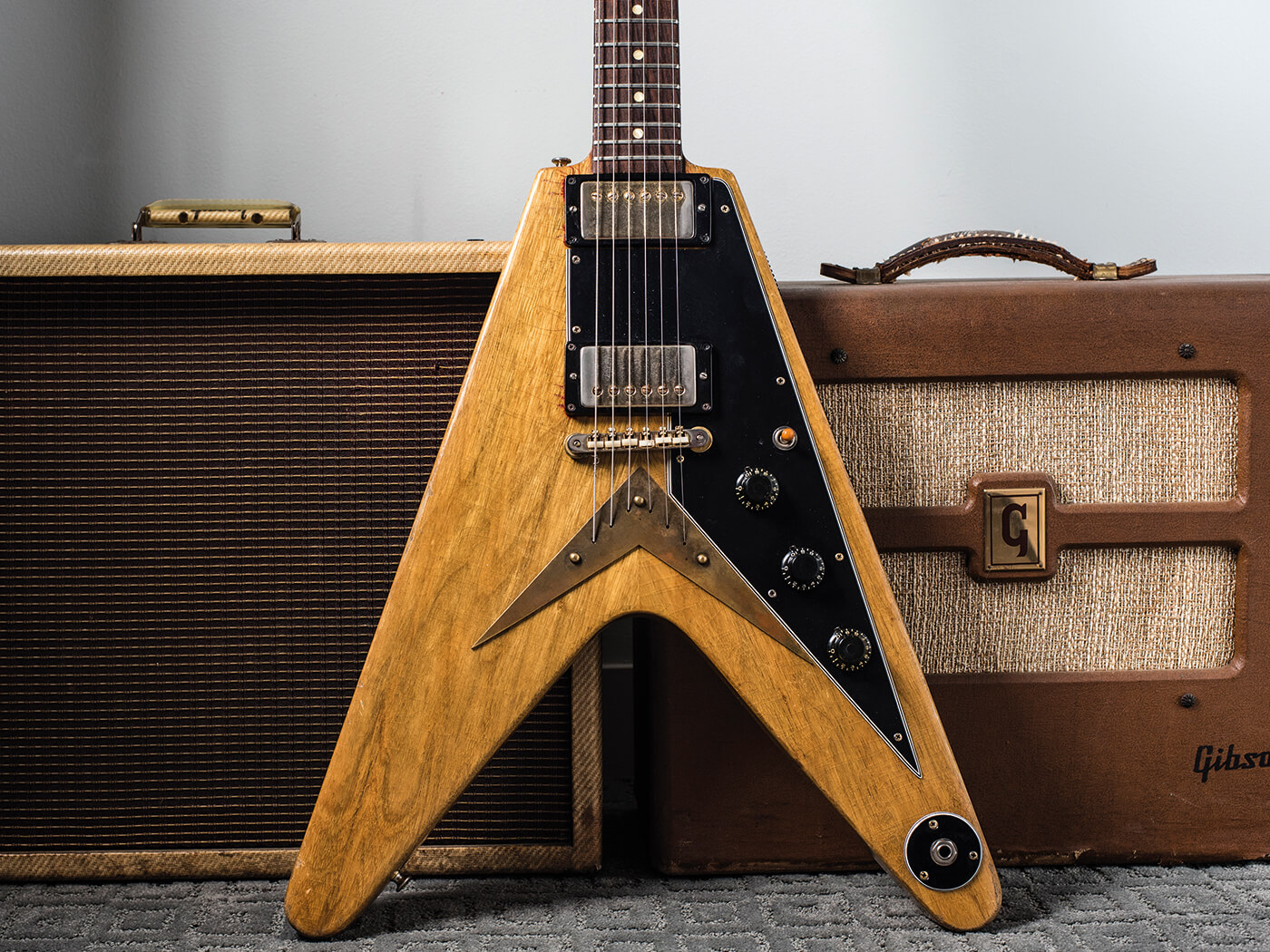 Recently we spoke to industry veteran Gary Gand and he was kind enough to show us his incredible collection of rare guitars. One of our favourites has to this beautiful 1959 Gibson V, which he acquired as a tribute to the great Lonnie Mack, who passed in April of 2016. A longtime fan of the blues-rock master, Gary initially nabbed a red reissue, but soon he found himself pining for the real thing. Eventually he tracked down this guitar at a bargain.

“The [guitar’s] issues made sure it was priced reasonably,” Gary states matter-of-factly before listing them off: “Changed tuners, likely refinished, and a cracked headstock…” He trails off for a moment, then stakes his claim on the notion that such afflictions shouldn’t be deal-breakers. “People say a cracked headstock doesn’t sound as good, but to me, it’s still the same guitar after the fix.”

Scroll through the gallery below to get a better look: