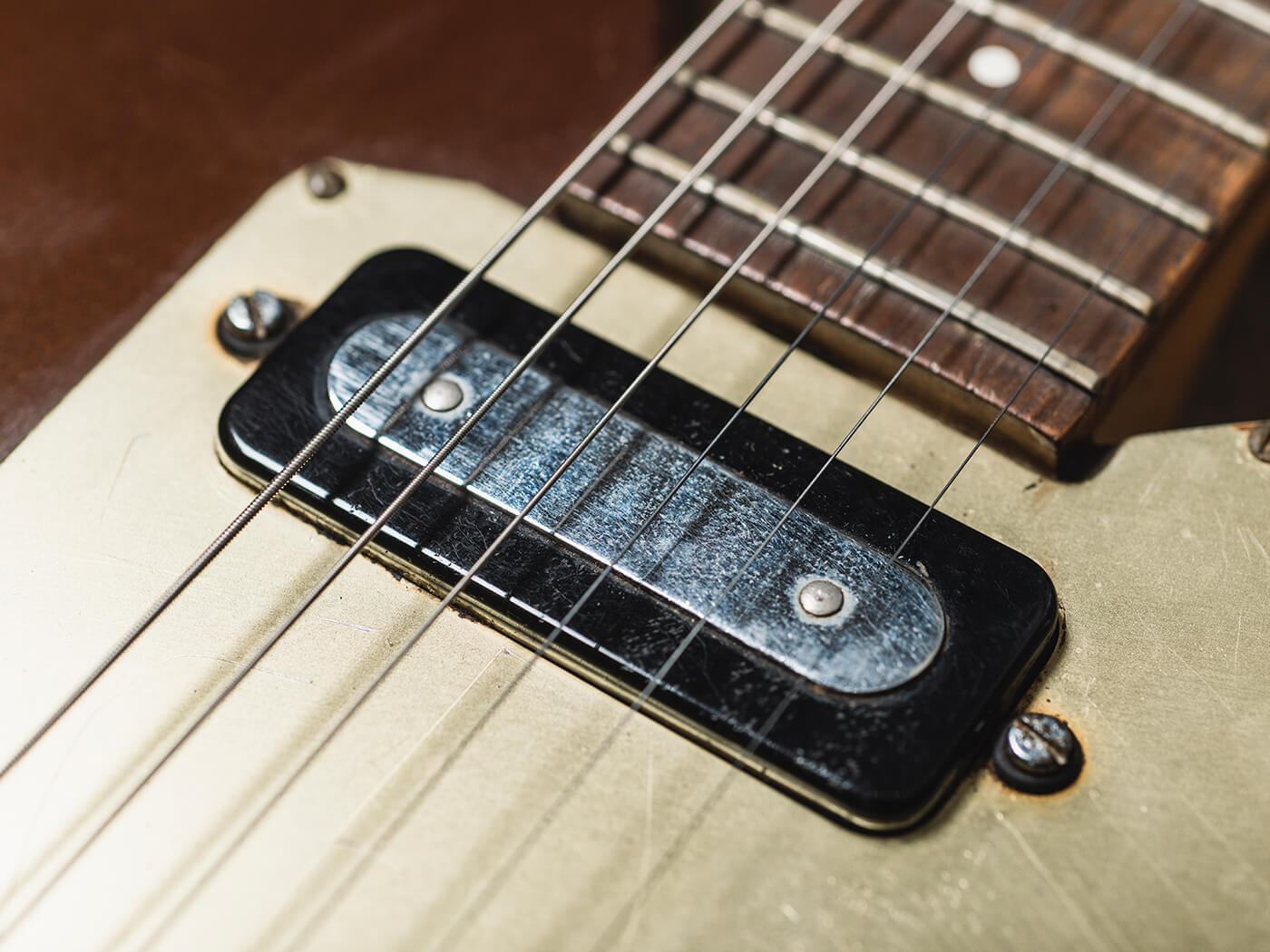 We’ve seen some of Rory Gallagher’s famous guitars, from his 1961 Stratocaster to his 1966 Telecaster to his 1968 Martin D-35. Moving away from his more legendary instruments, it becomes clear that Rory had an eye for the unconventional and the unusual too, long before weird pawn-shop guitars were dragged into the mainstream by the likes of Jack White and Dan Auerbach.

One such oddity is a late-50s Rickenbacker Combo 400 – with its gold anodised scratchplate and a back covered in a grey non-slip material made of a mix of horse hair and enamel paint designed to stop the guitar moving around, it’s certainly a curious guitar and perfectly at home in Rory’s collection.

“When I was a kid, he lived on the Fulham Road, not far from here and I would pop in on the way back from school, and if he’d answer the door, I’d go in and try to get a guitar lesson out of him! But there was always guitars everywhere – just in case he had an idea. In the kitchen, in the living room, there was always a guitar at hand.

“I haven’t seen another one, but I think that someone has ripped the pickup and added a single-coil extra bit to the pickguard to accommodate it, and they’ve actually matched it quite well – it definitely didn’t come out of the factory looking like that!

“In our archive there are just boxes and boxes of old pickups that he would constantly be swapping in and out. He had a bunch of guys – including Chris Eccleshall and Dave Edwards – and he’d go: ‘I’ve picked this up, can you try it in this… see if you can make it sound like the Strat.’

“I think he was always hunting for another guitar that did exactly what he wanted, like the Strat did – that was a big part of it.”