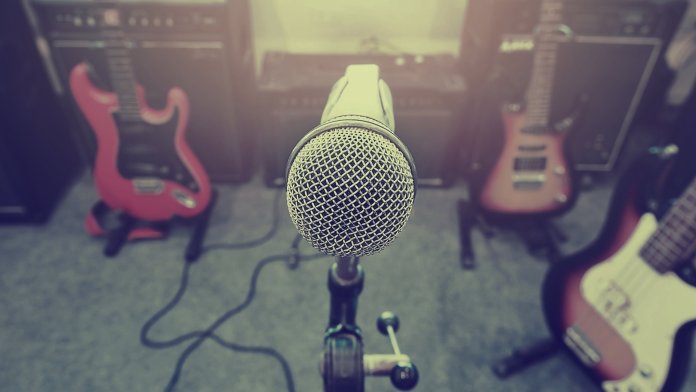 You’ve learned all the chords of your favorite songs, practiced them in front of the mirror and serenaded your cat over. And over. Again. Now what? Writing something to call your own is a pretty obvious next step, but before turning your thoughts into tunes, you’ll want to establish your own, singular voice. It’s not gonna be easy, so here are seven tips from the masters of the craft to get you started.

Put in the hours

No shortcuts, no magic tricks, no secret sauce. Developing your own style comes from taming the guitar, embracing its quirks and recasting it into an extension of your body. And that, for better or for worse, takes time. A long time.

Richard Lloyd, the guitarist of post-punk band Television, chalks down personal style to “simple man-hours” on your instrument. “[There was] a study of classical symphony players, and they wanted to find out which meant more: talent or practice?” he told Guitar.com. “And they found that first chair violinists had put in something like 2,500 man-hours on their instrument more than the second chair people.”

He admitted it made a “vast difference” to him when he found out first chair players have put in more than 10,000 hours on their instruments. Not that the number should deflate you—quite the contrary. “Whenever I hear somebody banging away at a guitar, or drums, or trumpet, and it sounds like crap,” Lloyd said, “I just think to myself: You’ve got 9,800 hours to get good.” So leveling up as a guitar player is only a matter of time.

Learn to love the haters

They’re not just there to spit venom on your licks—critics can be more helpful than your fans. Even the greats use the barbs that have been slung at them as ammunition to get better. Michael Angelo Batio, he of four-necked guitar fame, certainly has.

“You need those people who say you suck, because that’s what fuels the argument,” the shredder said. “If you look at my videos, more than 90 percent of the people will like it. But you need that small amount to say, ‘This is not cool.’ Because then, everybody jumps in and you’ll have a conversation. That can be very interesting, but I use it.”

You’ll never be a St Vincent or Taylor Swift—there, we said it. And if you’re only trying to cop their styles, you won’t find your own. The late, great BB King tried to sound like his heroes, but couldn’t. And look where that took him.

“Most of my idols, I’ve tried to play like ’em, and never could,” the bluesman confessed. But he made up an excuse for himself. “So I say, ‘Well, it probably won’t fit me anyhow.’ And that’s the way I am today. I never hear things in my head that I’ve heard on a CD. I can’t hear that well. Stupid brain, I guess.”

Don’t be cool—listen to everything

You were a music fan before you even picked up a guitar, so why hit pause on discovering new tunes while you’re trying to make your own? And don’t be picky. Listen to as much music—old and new, guitar-heavy or completely electronic—as your ears can handle. It’ll feed into your technique, the sounds you create and, eventually, the songs you write, believes Jeff Beck.

“Go and give everybody a listen, right back to the ’20s,” he said. “Even if it doesn’t sound like an exciting idea, I guarantee you, it is not a waste to see how Django Reinhardt played in 1934. Then go right to the rockabilly guys. But don’t go for the lesser-known ones. There’s so much stuff you could listen to that wouldn’t give you any inspiration, like ‘I listened to this rare record by Fat Jack so-and-so.’ Don’t waste your time with that.” In other words, listen to the essentials to learn, not to the obscure to be cool.

You’re not playing for (and with) yourself

If you’re only into guitar to shred circles around the next guy, then more power to you. But if you plan on writing songs that, y’know, people will actually want to hear, put the audience first and build your songs around that notion. That’s what Ritchie Blackmore has been doing for decades.

“If you try to play too technically, you lose something in the music—like you’re playing for another guitar player,” the Deep Purple legend said. “I like to play for people. I often think of the guitar last when I’m recording. The most important thing to me are the vocals, then comes the arrangement, then the song. And then, way down: ‘Oh yes, there has to be a guitar solo.’ But for a lot of players, everything revolves around the solo.”

Reality check: You’re not the only guitarist who dreams of striking it big. Fortunately, you don’t have to be a virtuoso to make it—having a vision and sticking to it are as important as fumbling with chords in your bedroom every day. That this bit of advice comes from one of the world’s foremost shredders, Yngwie Malmsteen, makes it even more potent.

“Anybody can learn to type really fast, but not everybody can write a great book,” he said. “So if you have a vision, follow it and ignore what everybody else is telling you. If everybody tells you that you can’t do it, try harder. My question often is: Do you want to be good or do you want to be famous? These are two different things. If you want to be good, you might not get famous. But you might get famous without being good. It happens all the time. If your heart is in it, I think you will succeed, although you’ll have to work very hard. Remember, there are ten million other people who want the same thing.”

Or, you could simply get lucky

When we asked Kerry King for the best way to develop your personal playing style, he laughed. “Give up!” the Slayer guitarist boomed. It wasn’t borne out of malice; King admitted that it was only after he got signed that his noodling matured into iconic riffs.

“I meet so many people who are so much better than me, yet they can’t even fill a club,” he continued. “It’s all about being lucky and being in the right place at the right time. That’s as far as getting signed. If you do that, that’s when the talent comes in, and then you’ve got to make something of yourself.”

But take it with a pinch of salt—sometimes, you’ve got to make your own luck.